Dolcoath Mine Winder: This wonderful piece of engineering was installed in 1897 by Worsley Mesnes of Lancashire to service Harriett’s Shaft of Dolcoath Mine. It was a twin cylinder horizontal type steam winder. The mine closed in 1920 and the winder remained here until 1923.

It was then moved to the New Roskear shaft which was the proposed site for the New Dolcoath Mine. A circular shaft was sunk to 2000ft, at this time the Dolcoath Mine Winder was fitted with a second drum.

The winder worked here until 1929 when the reopening of the mine failed, from that time until the 1980’s it stayed largely complete in the crumbling remains of the winder house. During the latter part of the 1980’s the ancillary parts and cylinders were moved to Astley Green Colliery Museum in Greater Manchester, by the Red Rose Society. Unbelievably these parts went “missing”. All that remains is the steel framework for the cylinders and the drums that held the wire rope.

In 2009 the Dolcoath Mine Winder was returned to its original home in front of Harriett’s shaft. At Roskear the winder house was badly damaged when the machinery was removed. The steel supporting girders are still in place to as a testament to the winder having once been there. 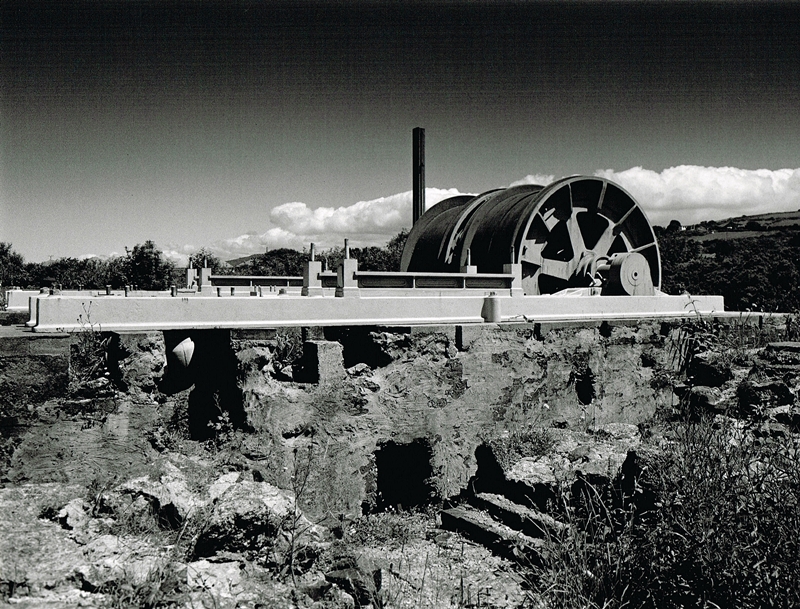 The Dolcoath Mine Winder restored to its original loadings in front of Harriett’s Shaft. Such a shame the cylinders went missing. 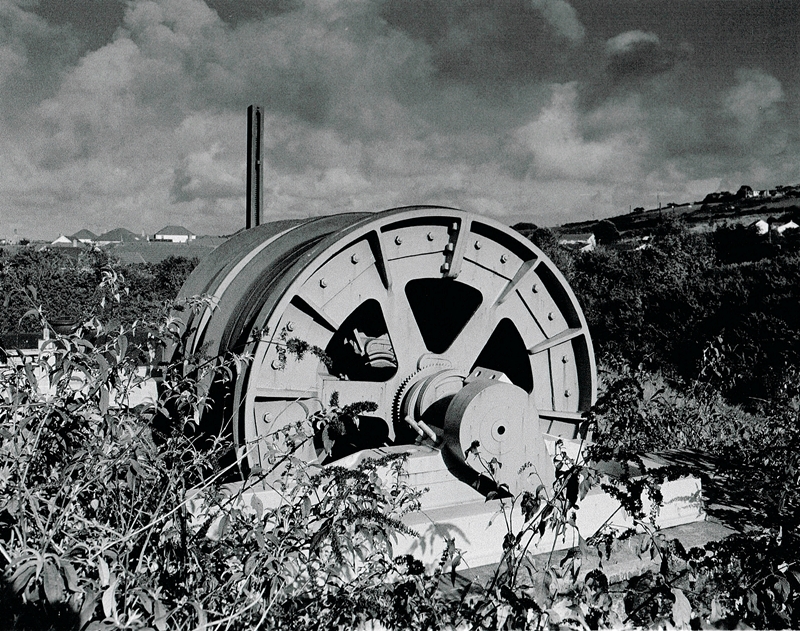 An image of the twin drums, soon after this the vegetation that had overgrown it was removed. 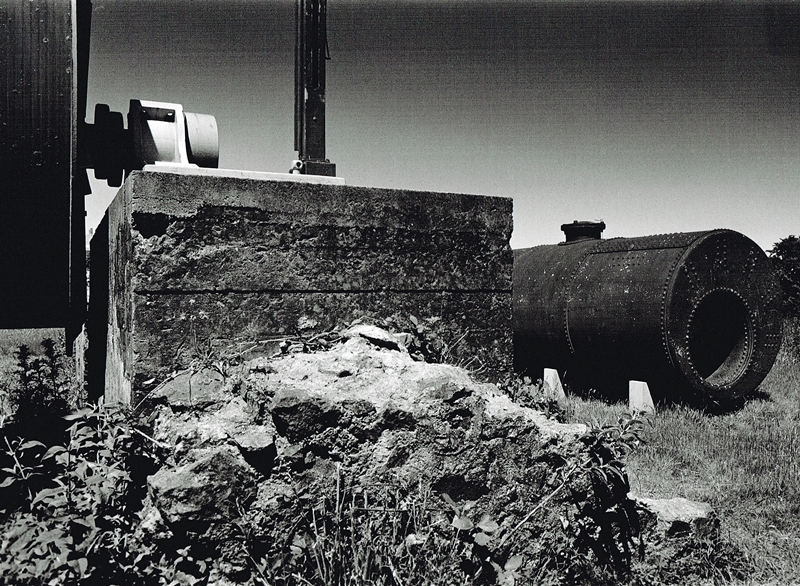 A closer image of one of the mounting blocks, in the background is a single flue Cornish Boiler that used to be at South Crofty Mine Robinson’s Shaft. 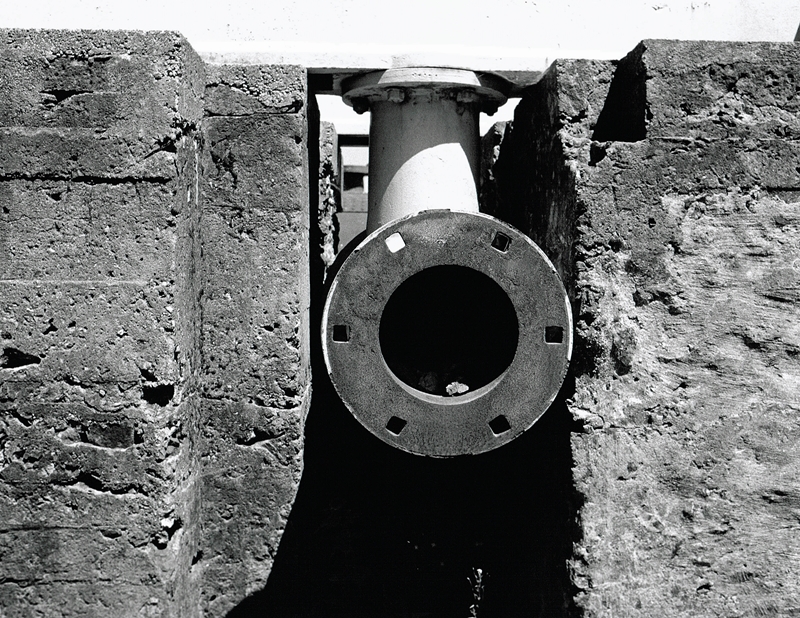 One of the steam feed pipes for the winder. 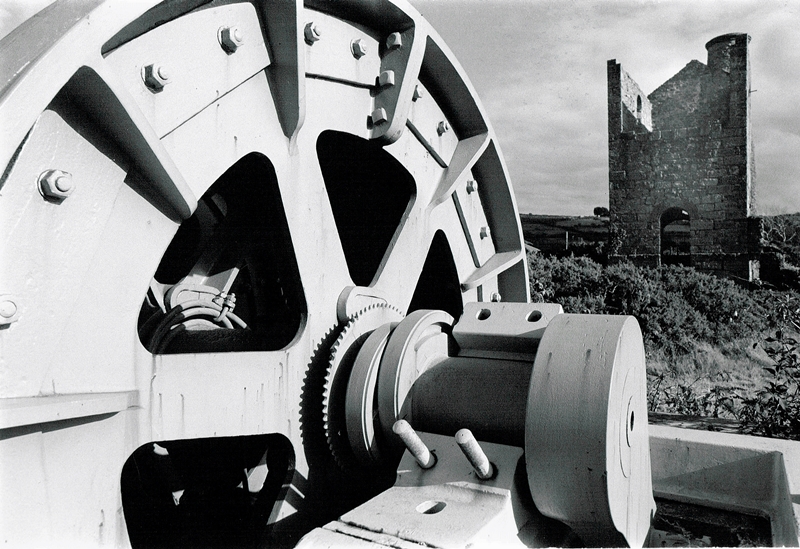 Harriett’s Pumping Engine House, the winder is properly lined up with the shaft. 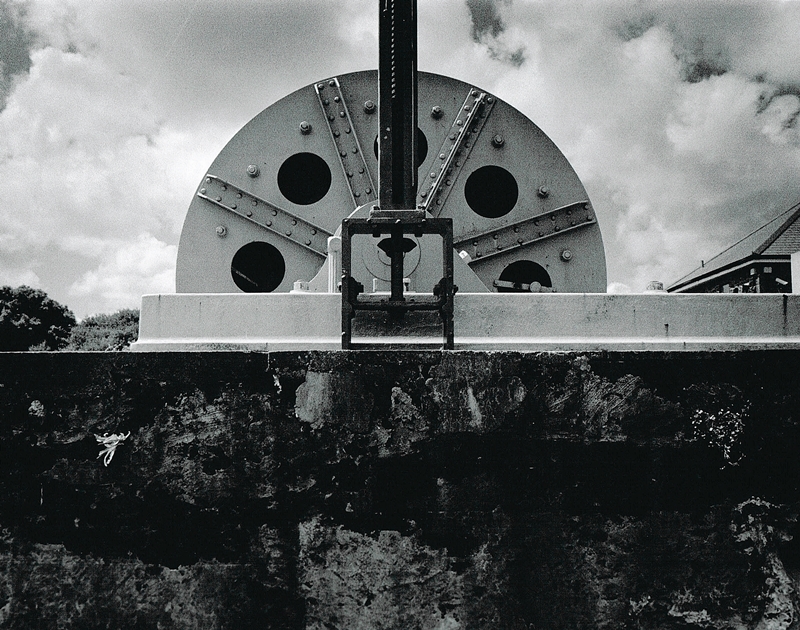 The view of the winder from the other side, the building on the right is the Harriett’s Shaft Miners Dry. 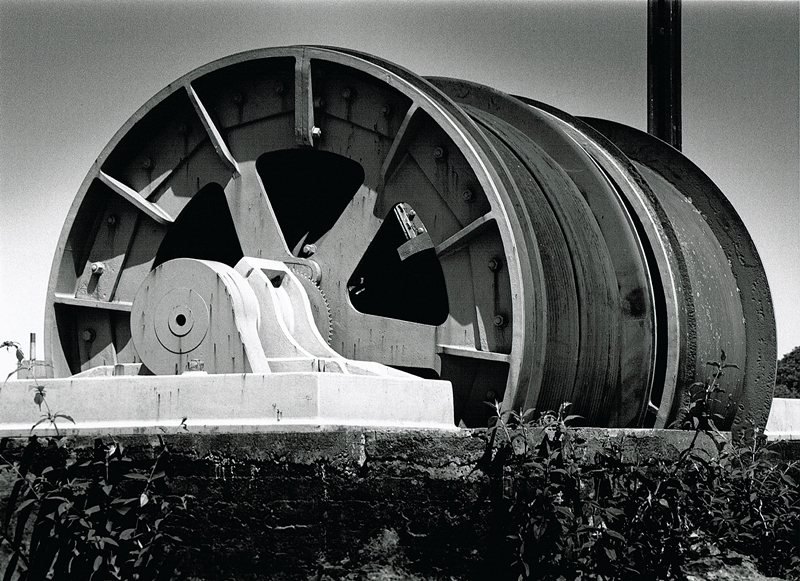 Wire rope is still wrapped around the drum closer to the camera. 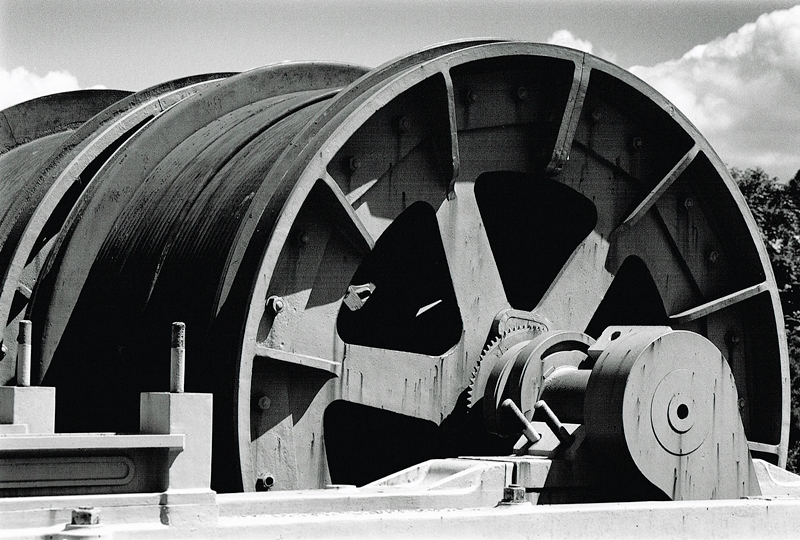 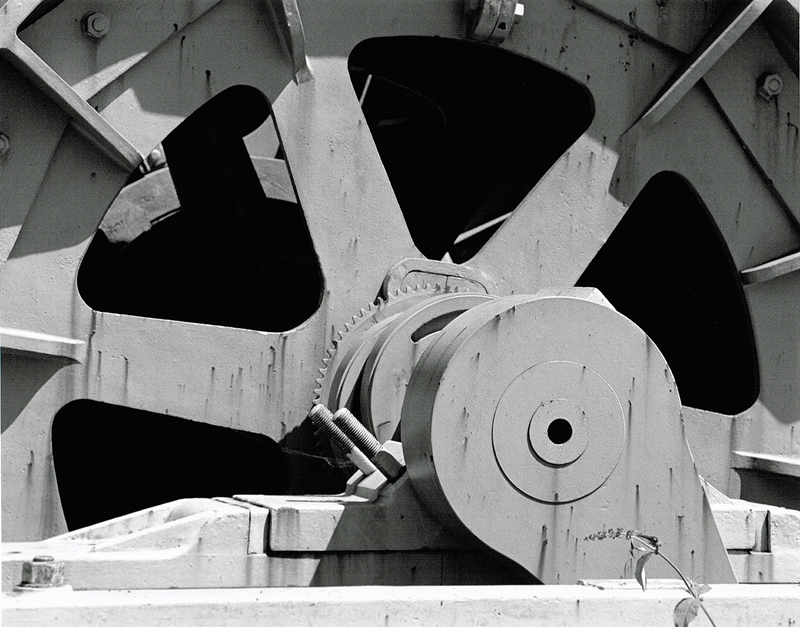 A closer image of the drum construction. 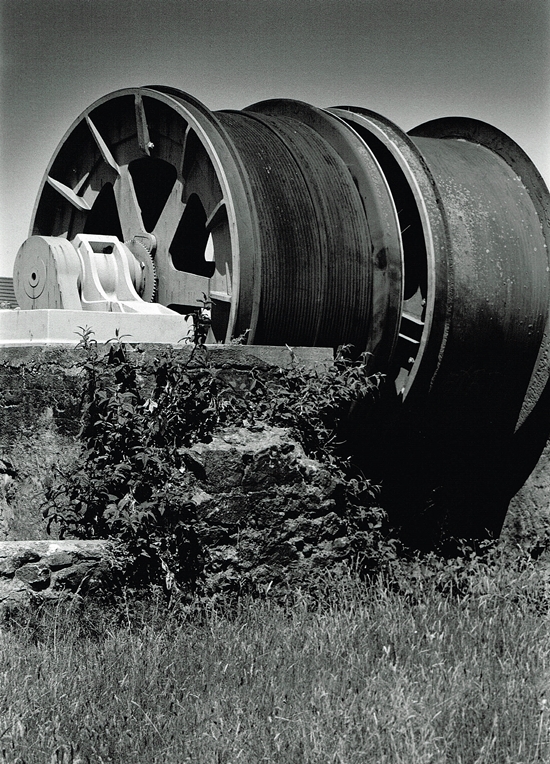 A final image of the Dolcoath Mine Winder clearly showing the drums which held the steel rope.