The Luxulyan Valley, Tracy and I had a lovely walk here early in 2018. I have wanted to visit this site for years, we were not disappointed.
The text below has been copied from Wikipedia, this gives a better history of the area.

This is the steep sided and thickly wooded valley of the River Par. It contains a major concentration of early 19th century industrial remains, and was designated as part of a World Heritage Site in 2006. The valley stretches south-east from the village of Luxulyan. It reaches as far as the edge of the built-up area around the town of St Blazey and the port of Par, a distance of some 5 km. It lies within the civil parishes of Luxulyan, Lanlivery and Tywardreath, and is one of the areas of the Cornwall and West Devon Mining Landscape World Heritage Site.

Most of the industrial remains in the valley are the results of the endeavours of Joseph Treffry (1782–1850). Copper mining was booming in the area during the early 19th century, and Treffry was the owner of Fowey Consols mine, one of the deepest, richest and most important of the Cornish copper mines. The mine was situated to the east of the southern end of the valley.  At its peak it was worked by six steam engines and 17 water wheels. 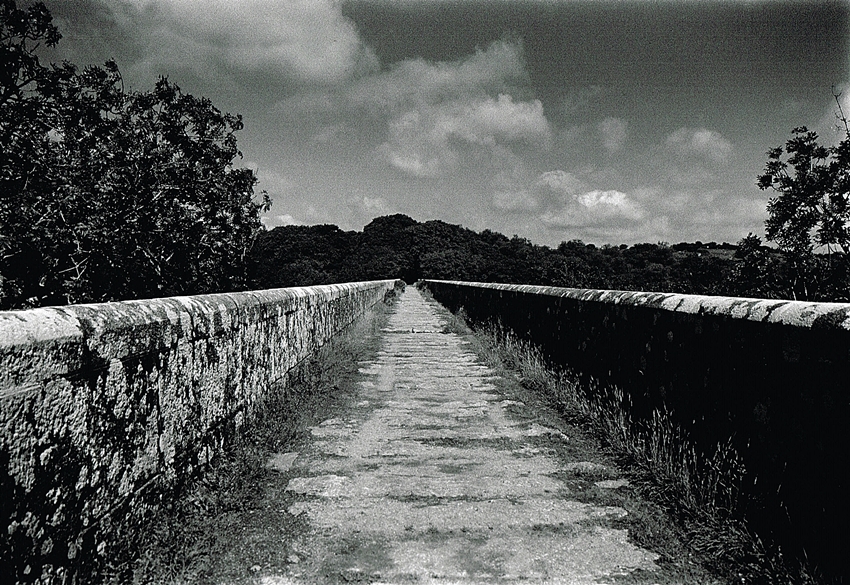 Luxulyan Valley 1: This first image was taken looking across the impressive Treffry Viaduct.

In the late 1820s, Treffry built the port of Par Harbour. He then linked this to Ponts Mill, at the southern end of the valley, by means of the Par Canal. A mineral tramway connected the canal head to the mine. A second tramway followed in 1835, via an inclined plane, a flat route along the eastern lip of the valley, and the major Treffry Viaduct across the valley to Luxulyan. This second route served two major purposes, as it enabled Treffry to develop Carbeans and Colcerrow granite quarries in the upper valley, and was also used by a leat carrying water to supply the mine at Fowey Consols. Two further granite quarries, known as Rock Mill and Orchard, operated lower down in the valley. In 1870 these were linked to Ponts Mill by a third tramway along the valley floor. Luxulyan Valley 2: This impressive viaduct was built between 1839 and 1842. It is 90ft high and 670ft long, it carried a tramway and leat across the valley.

The 1835 tramway eventually became part of the Cornwall Minerals Railway which linked the English Channel ports of Par and Fowey with the china clay workings of mid Cornwall, and to the Atlantic port of Newquay. As part of this process, the section of the route between Pontsmill and Luxulyan, with its incline and flat sections ideal for animal haulage, was replaced with a more gradually climbing route through the valley itself, more suited to locomotive haulage. The newer route is still in use, as part of the Atlantic Coast Line, and passes beneath the spans of the Treffry Viaduct that carried its predecessor. The older tramway routes remained in use to serve the various granite quarries until the early 20th century. The last stone came from Carbeans in 1933. Luxulyan Valley 3: A closer look at the granite blocks which make up the bed of the viaduct.

The thickly-wooded terrain of the Luxulyan Valley also played a major part in the early tin mining industry of Cornwall. The woods were important for making the charcoal that was needed in large quantities for smelting tin from the rich alluvial deposits on the moors to the northwest. Charcoal-burning platforms are to be found close to nearby Prideaux Castle. 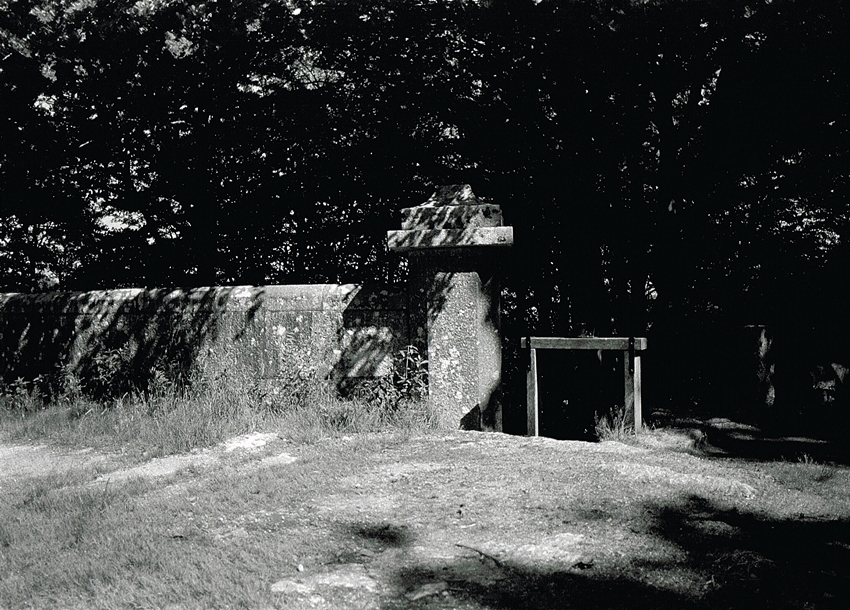 Luxulyan Valley 4: At the end of the viaduct, ornate stonework is hidden amongst the trees. 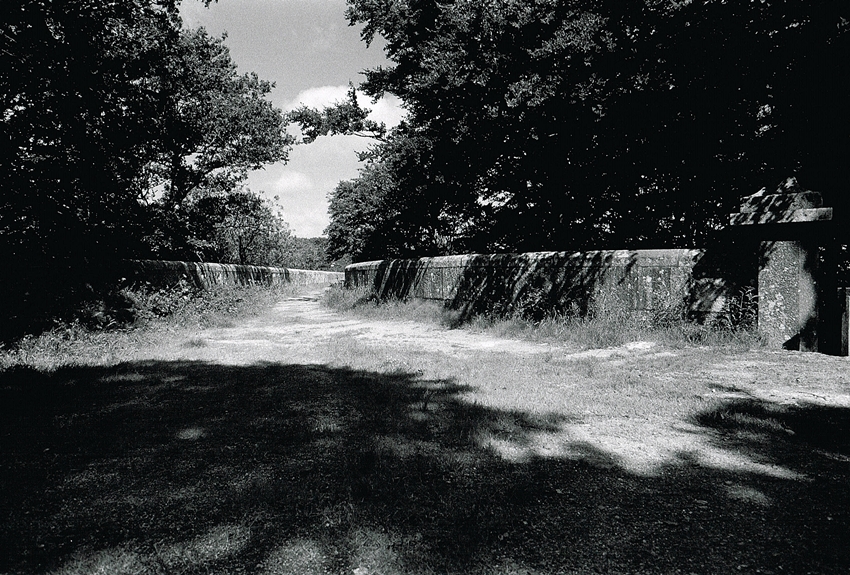 Luxulyan Valley 5: A final image looking towards the viaduct.

The majority of this wonderful walk follows the line of the tramway down one side of the valley. We ultimately walked all the way to Pont Mills down the incline. It was very warm and Tracy was not impressed with me when we were walking back up the hill. 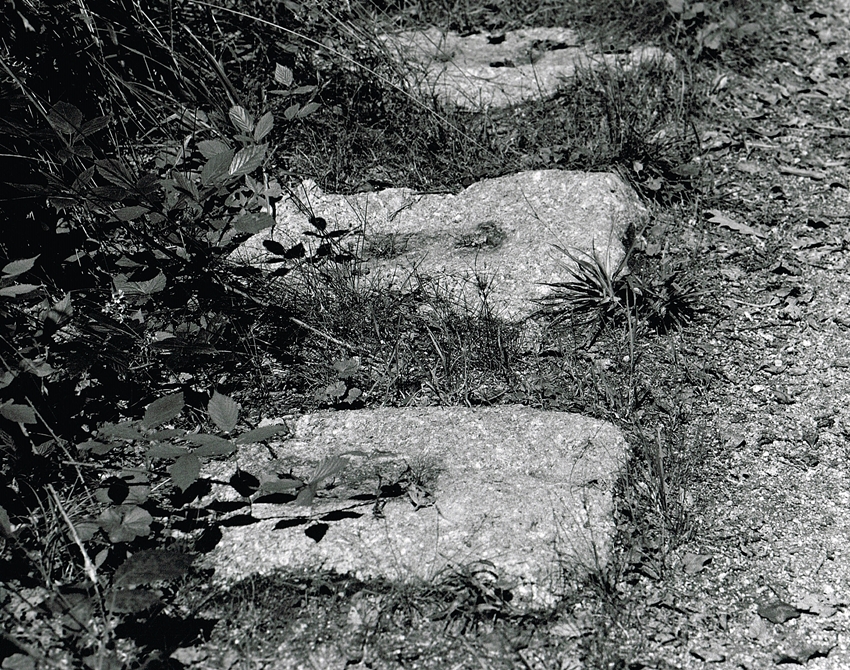 Luxulyan Valley 6: Old granite setts which supported the iron rails are to be seen everywhere. 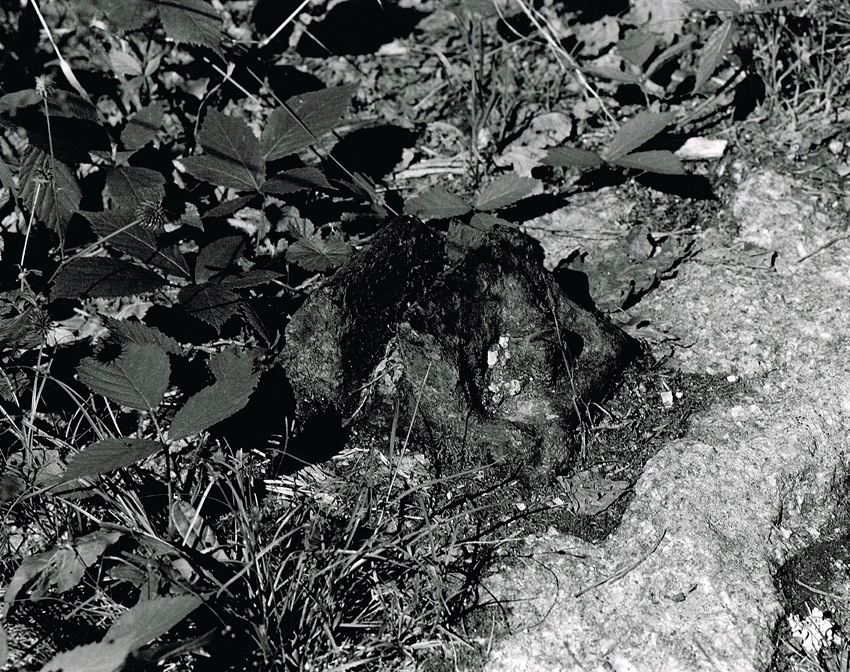 Luxulyan Valley 7: This is one of the remaining iron shoes which held the track in position. 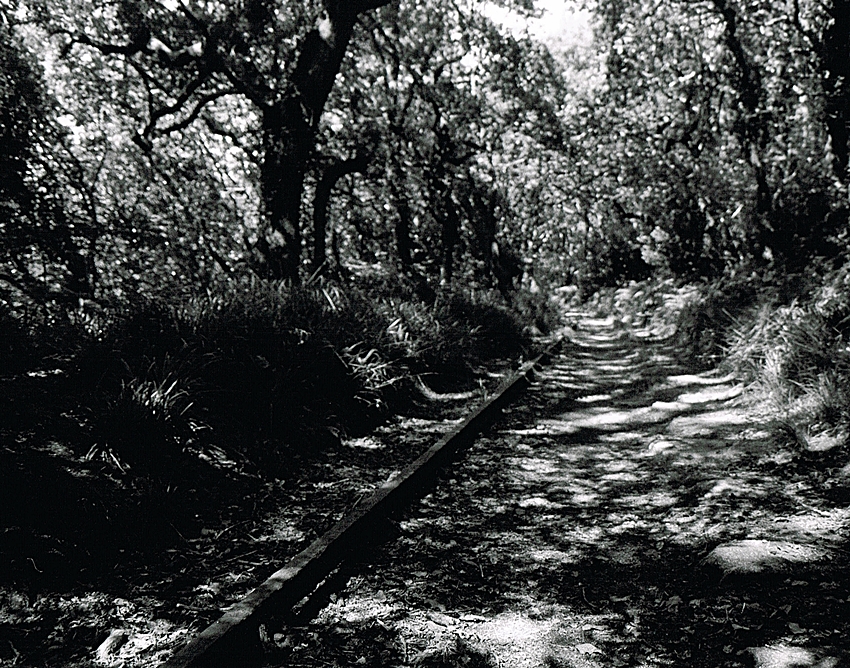 Undoubtedly the highlight of the Luxulyan Valley walk were the remains of the Wheel pit.

Construction began in 1841 and was completed the following year. The wheel was an “overshot” meaning the water was fed by a leat above forcing it to rotate on its axle.The first wheel was 30ft in diameter and used for hauling wagons up the inclined plane until the 1870s.

During the 1870’s the Cornwall Minerals Railway was built, subsequently the tramway fell into disuse. The waterwheel was replaced by a larger one of 40ft diameter. Machinery was constructed in the area below along with Grinding Pans, much of this remains today. New life was given to the wheel to grind China Stone, this produced a fine powder similar to China Clay.

Finally when the Grinding was complete the powder was mixed with water to be pumped down the valley to Ponts Mill for processing. 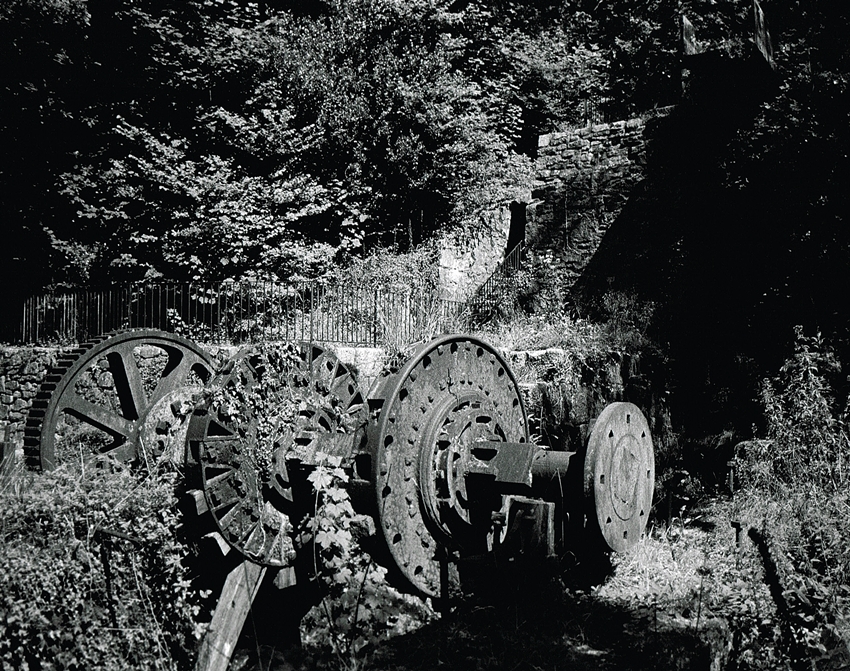 Luxulyan Valley 9: This is the area around Carmears Wheel Pit. Machinery remains like this are always a treat to see. The water feeder is on the top right hand side of the image. 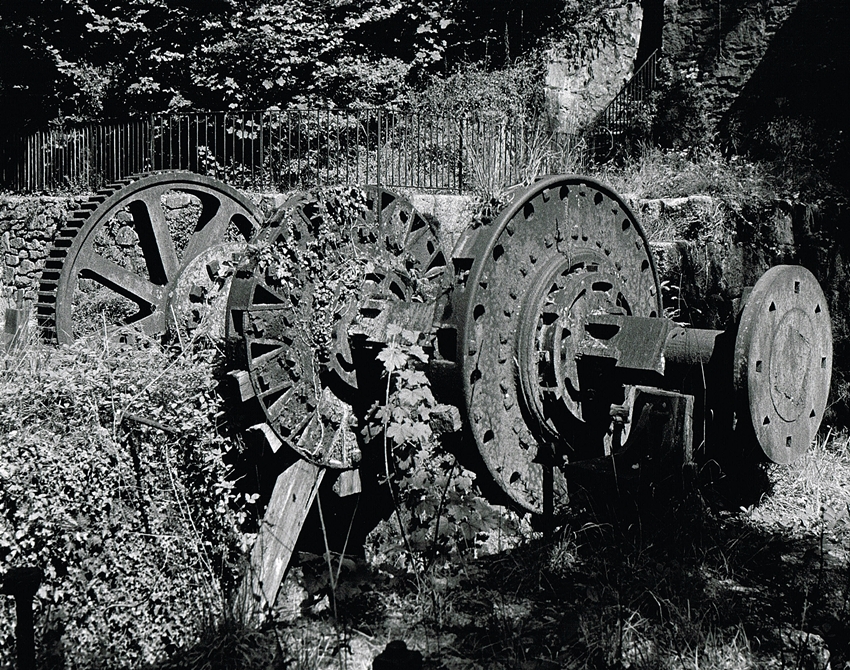 Luxulyan Valley 10: The axle on which the great wheel slowly rotated. 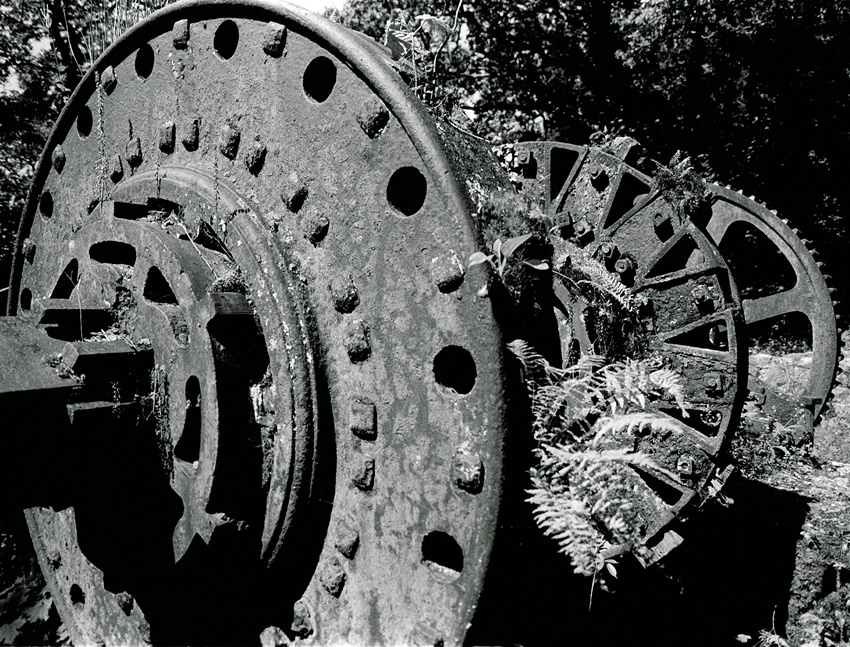 Luxulyan Valley 11: A closer look at the axle arrangement, these wheels drove the machinery which ground the China Stone. Luxulyan Valley 12: A view of the axle from above. During its working life it must have been an impressive sight. 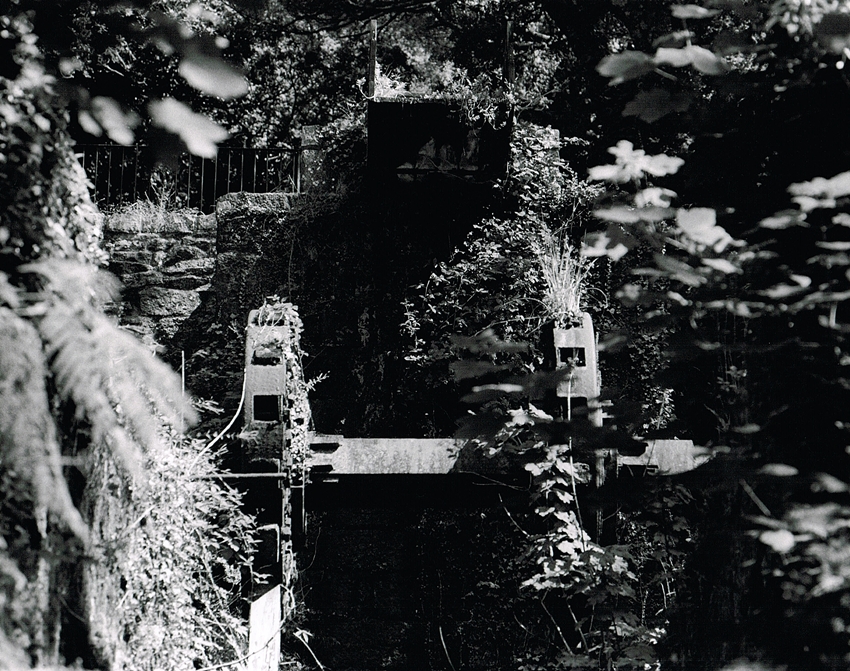 Luxulyan Valley 13: The axle from the front. The water feed for the wheel is directly above. 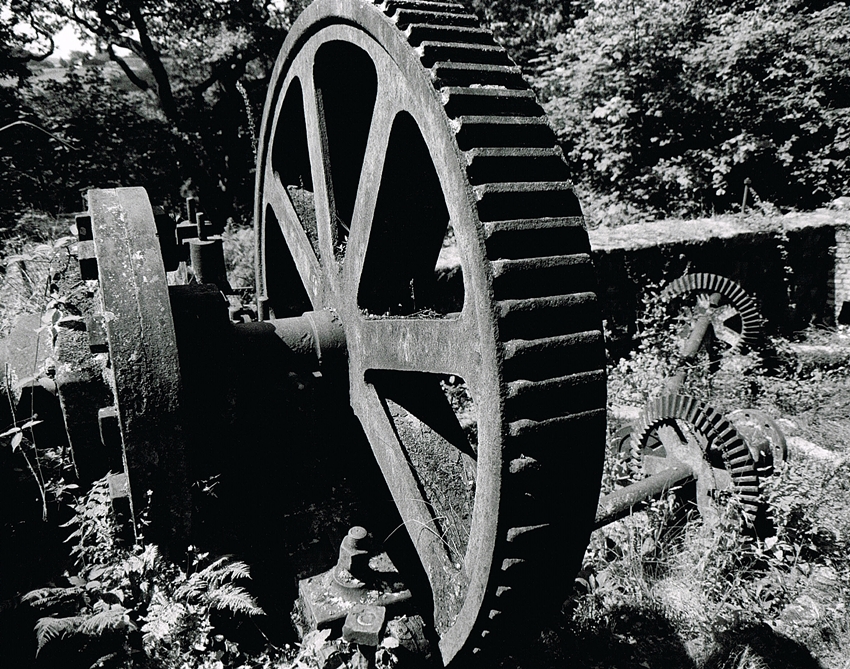 Luxulyan Valley 14: One of the impressive drive wheels. This transferred power from the water wheel to the stone mill behind. 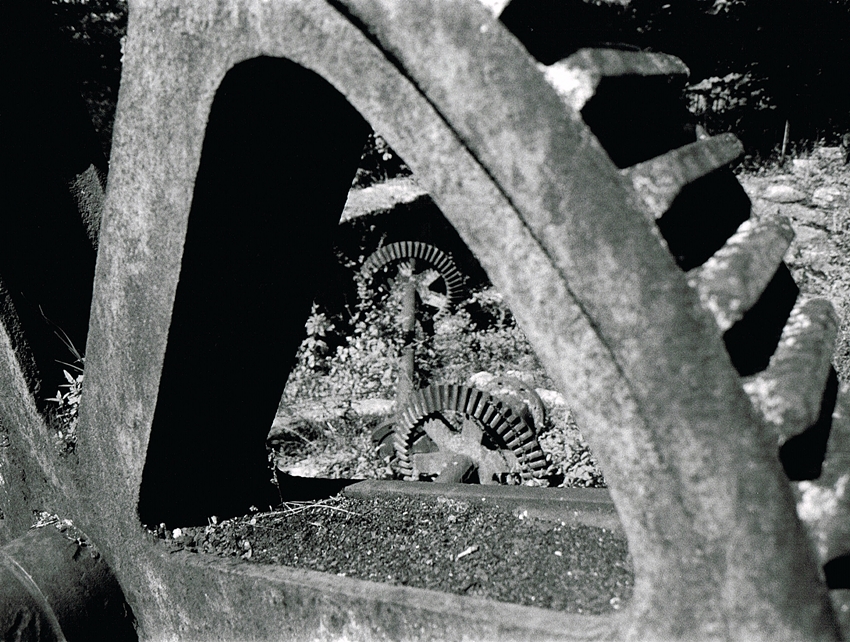 Luxulyan Valley 15: A closer image of the drive wheel. Because of the impressive state of preservation these remains are part of the UNESCO Cornwall and Devon Mining Landscape World Heritage Site. 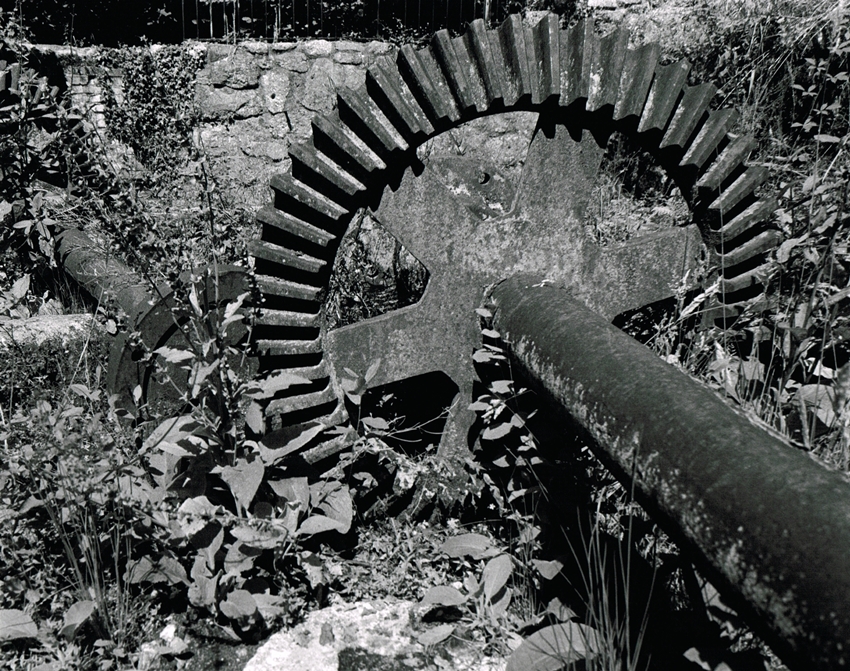 Luxulyan Valley 16: One of the impressive cog wheels in the grinding pit. Luxulyan Valley 17: The China Stone would have been ground to powder in these circular pits. 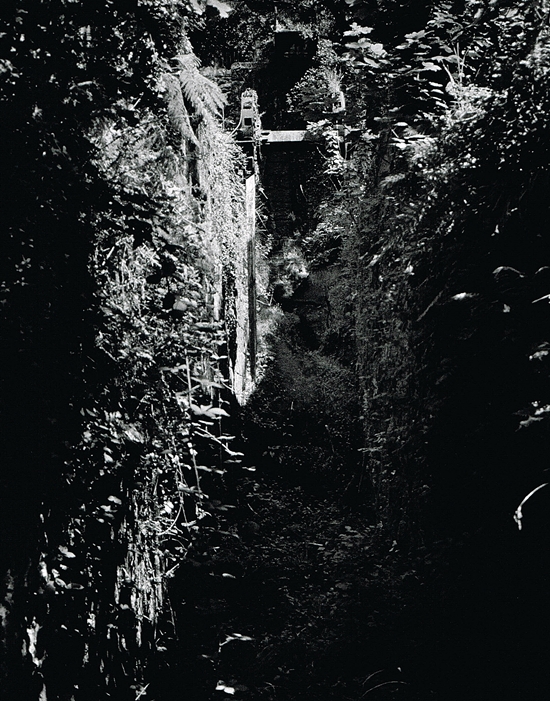 Luxulyan Valley 18: A final view of the Wheel Pit. This is looking in from the front. The axle and leat can be seen at the top of the image.

Finally, for more information on walks in the valley I thought this was very good: Luxulyan Valley Circular Walk.