Last Cornish Mines, this page is an introduction to the Cornish Mines that worked in the recent years from the 1970’s up to 1998. Regrettably, by the time I had discovered Cornwall, all of them apart from South Crofty Mine had closed. However the remaining sites were photo rich and interesting, but Dangerous. 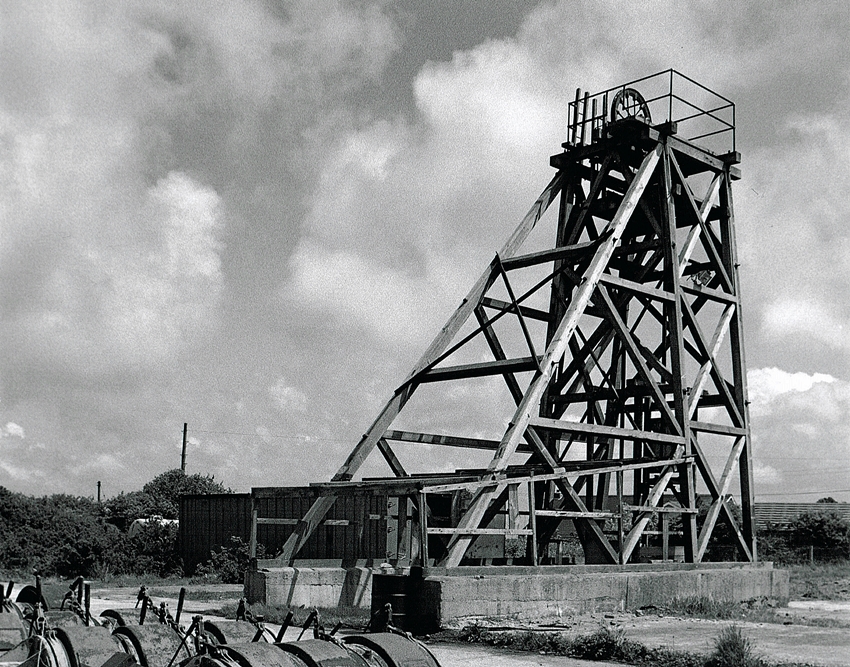 Last Cornish Mines 1: Wheal Concord mine, a small concern that closed in the 1980’s. The site is located near to Blackwater.

The Last Cornish Mines, these are the small group of mines that closed due to the effect of the Tin Crash in the mid eighties. At that time the “International Tin Council” was in place. Their job was to ensure a long term stability in the Tin markets across the world. During the 1980’s the demand for Tin began to fall away as alternative products became available. In an effort to keep the price stable the Council purchased huge amount to keep the price artificially high. In October 1985 the International Tin Council declared it was insolvent and could not cover the accumulated debts of £900 million. 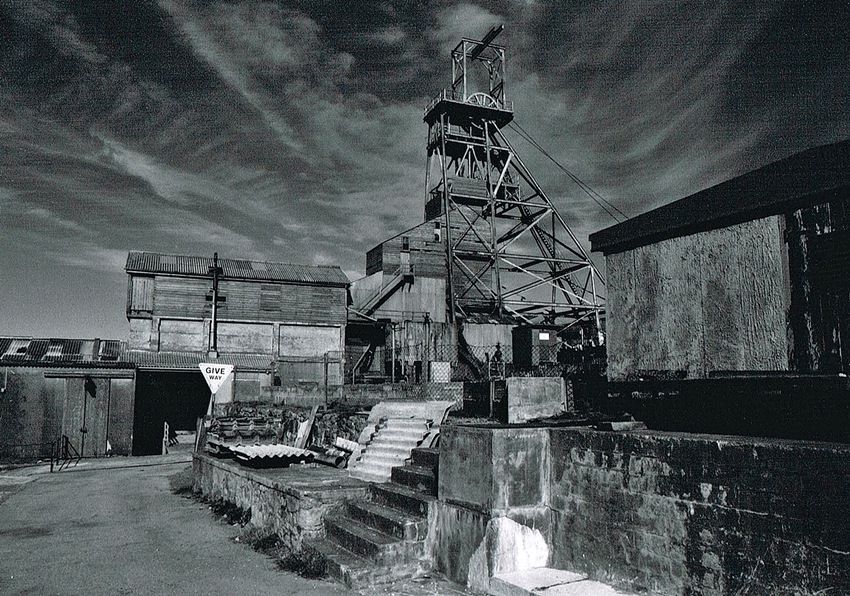 Last Cornish Mines 2: Geevor Mine, the headframe over Victory Shaft. The mine was closed finally in 1990. It is now a brilliant museum to the history Cornish Mining. Last Cornish Mines 3: This is the headframe over Allen’s Shaft Botallack Mine.This was erected in the 1980’s in an effort to find new ore reserves, Due to the Tin Price Crash the exploration on this area was abandoned.

Consequently the price of Tin collapsed from over £10,000 a ton in June 1985 to a low of £3,400 in March 1986. This crippled the Cornish Mining Industry. The smaller mines closed and the larger survivors cut costs wherever they could. Last Cornish Mines 4: The remains of Mount Wellington Mine. This was taken before the site was cleared. It is now a small industrial estate.

The price of Tin never recovered. In the years that followed progressively all the mines closed, the last South Crofty closed in 1998. Last Cornish Mines 5: The twin headframes of Wheal Jane Mine, another victim of the low price of Tin. 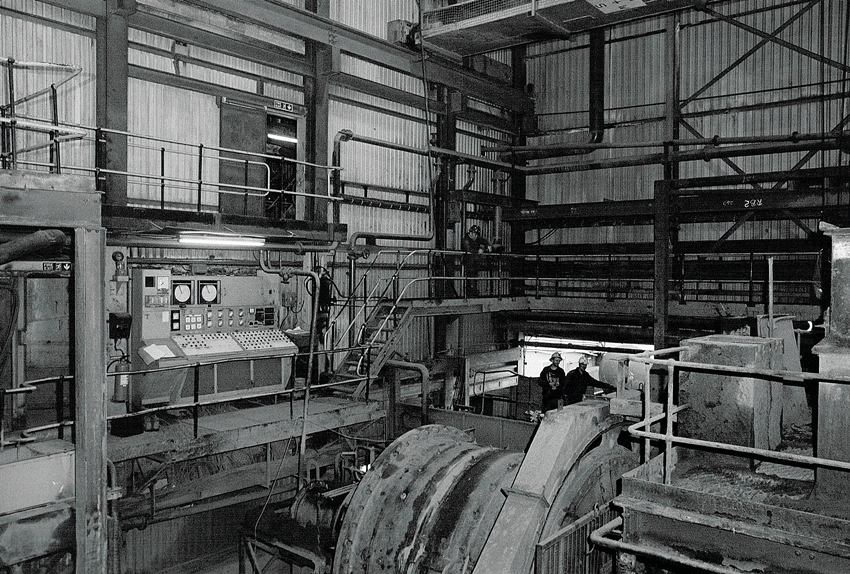 Last Cornish Mines 6: The interior of the mill at Wheal Jane Mine. This was where the South Crofty ore was processed until closure in 1998.

Last Cornish Mines, there are pages for: Geevor Tin Mine, Mount Wellington, Wheal Jane and Wheal Concord Mines are included here. The galleries for South Crofty Mine are on their own pages due to the larger amount of material I have. 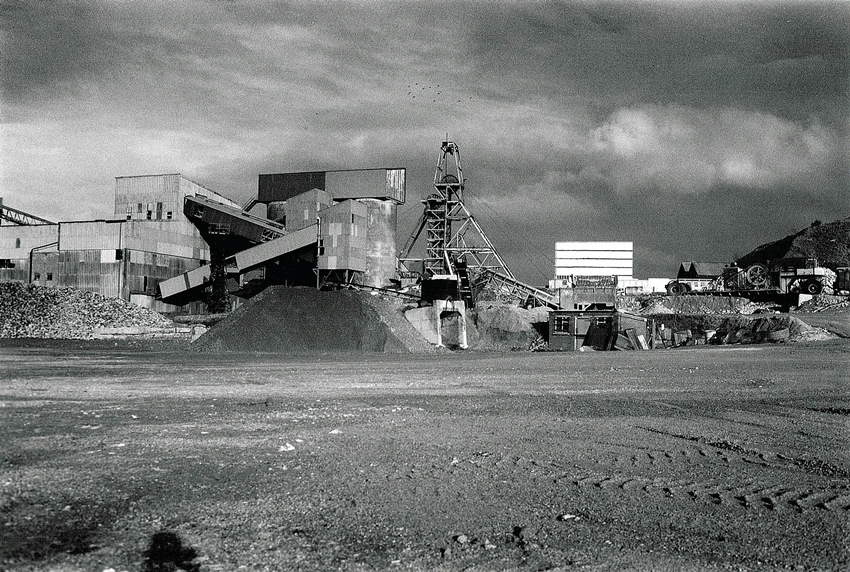 Last Cornish Mines 7: South Crofty Mine, an image of the buildings around New Cooks Kitchen Shaft. This was taken when the mine was open. 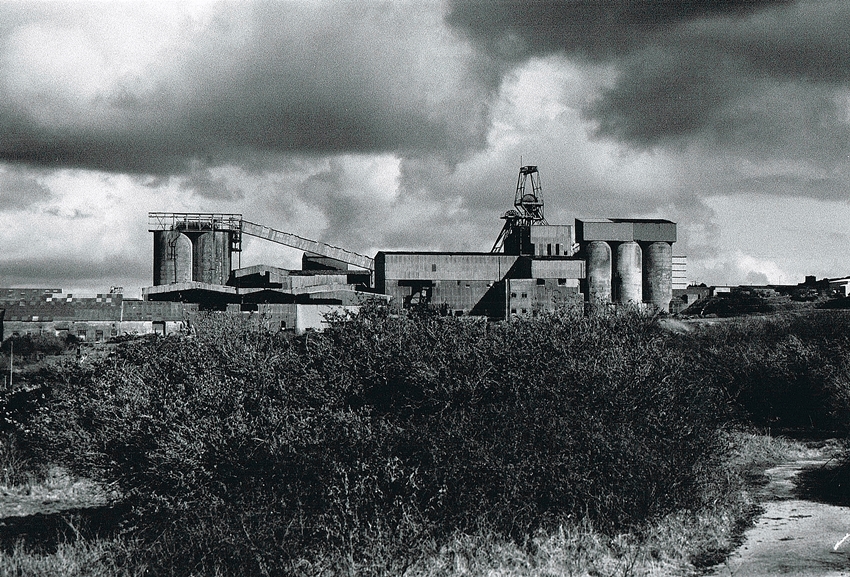 Last Cornish Mines 8: The site as it looked in 2012 nearly 15 years after closure. 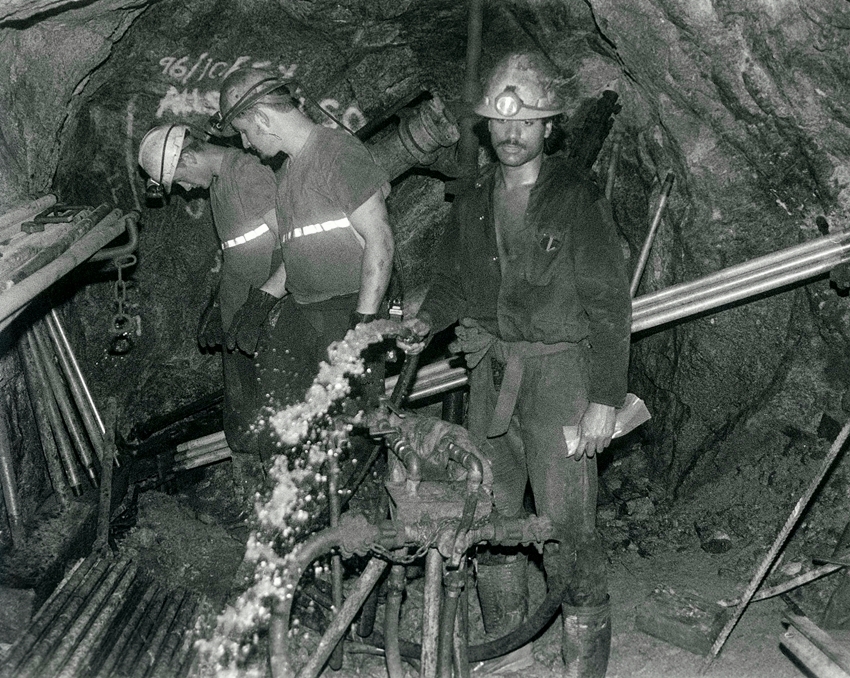 Last Cornish Mines 9: Diamond Drilling in South Crofty Mine in the 1990’s. There are over 700 images on the underground pages.

There was another mine of the 1980’s period, Wheal Pendarves, sadly there is nothing remaining of this mine. 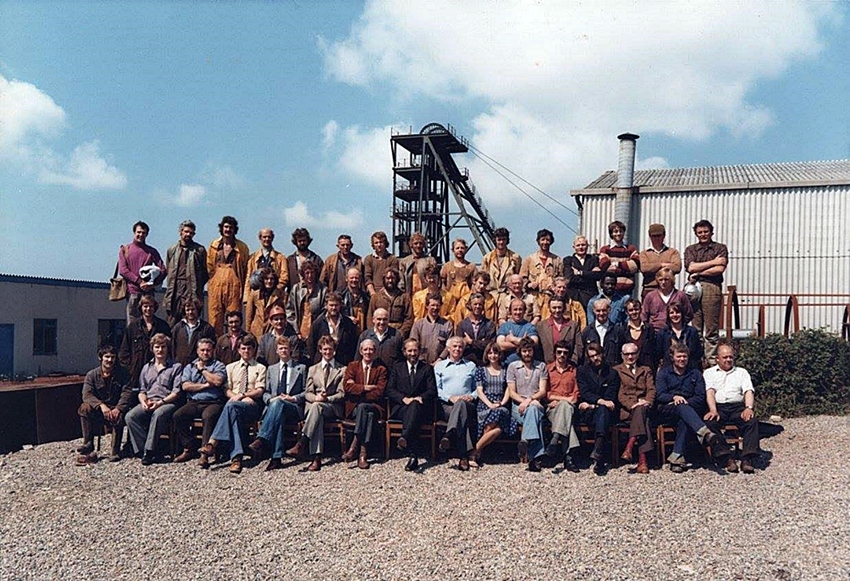 Last Cornish Mines 10: Pendarves Mine , Photo taken on 29th July 1977 at 3.30pm
I have been given the names of many in this picture by Mr Dean J Welch who was Chief Surveyor and the organiser of this photograph.
Image reproduced here with permission of Mr Bob Orchard

To see the names of the workers in the image, click here to view. The mine was located to the west of Camborne and the village of Troon. Surprisingly, there is nothing now on the site that would indicate there was ever a mine there. The mine was started in 1967, the principle shaft was Simms Shaft that reached a depth of 260m. In the latter years of the 1970’s the production was approximately 40,000 tons of ore per year. Lack of money and development forced the mines closure in 1984 when the bulk of the available ore reserves had been exhausted.

Cornwall’s metal production finally ended in 1998 with the closure of South Crofty Mine. This was personally upsetting for me as I had made many friends there. I was most impressed with the family atmosphere of the mine, along with the attitude and friendliness of the men who worked there. The impact on the local community was staggering. Local business closed because the mine had supported them. To this day the area has never really recovered.

Even though the South Crofty miners knew closure was in sight they were all cheerful to the end. The extreme working conditions that made up their daily lives were unimaginable for most. The high temperatures and the constant risk of roof falls along with many other dangers made these brave men unique.

I was honoured to know some of them. 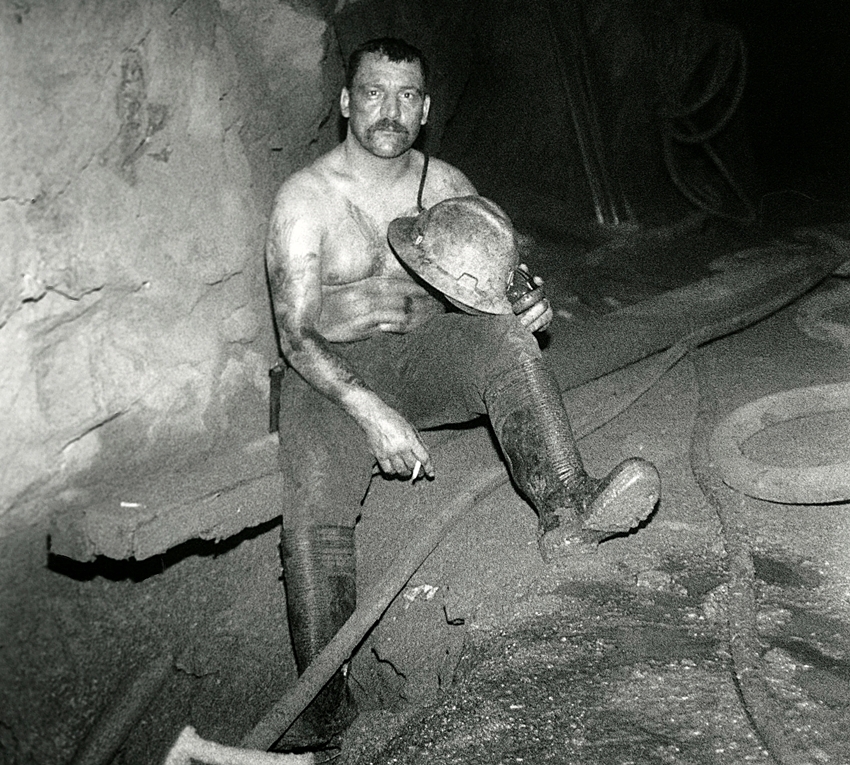 Last Cornish Mines 11: One of my last trips into South Crofty Mine in early 1998. This image is of the late Cleve Williams, taking a well deserved break.

The following pages contain images of: South Crofty, Geevor, Mount Wellington, Wheal Concord, and Wheal Jane Mines. Sadly, I only managed to see South Crofty working and with over 400 images taken underground along with many more of the surface. I hope I have done the miners, and Cornwall proud.

The other sites are surface only images, taken during the 1990’s. These have changed significantly since then and I am now covering many sites again to show the changes.