Mining Memorabilia: This page contains images of some of the items I have collected over the years, not necessarily of Cornish Origin, but all are Mining related.

I have purchased these from various shops and ebay, apart from the South Crofty Mine samples. 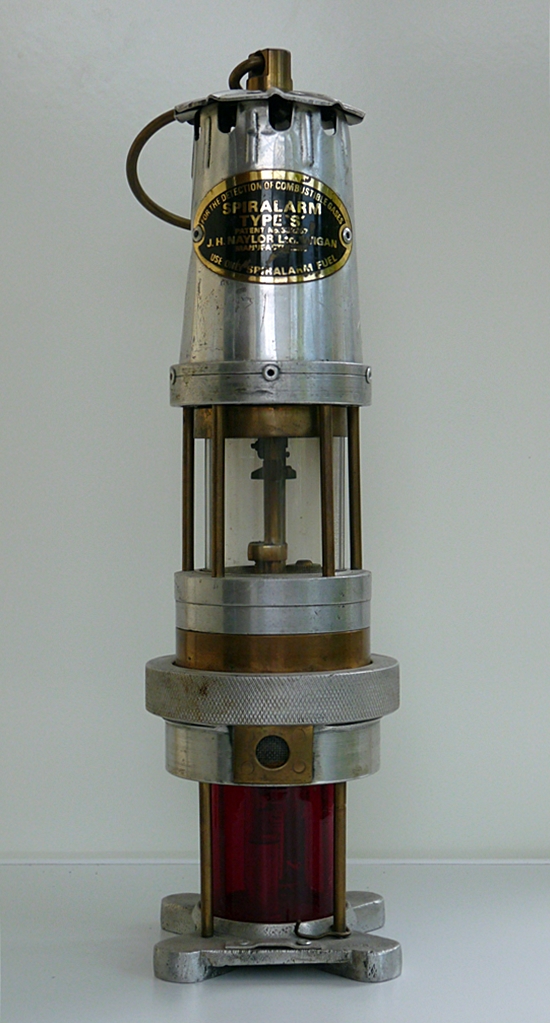 Mining Memorabilia 1 – A Spiralarm “Type S” safety lamp, made by Naylor of Wigan. This is the type used for detecting explosive gas in sewers. This was developed from the “Type M” which was used in the mining industry. When gas was present the flame increased in size thus heating a bimetallic coil. This in turn closed an electrical circuit and lit the lamp in the bottom red section. Mining Memorabilia 2 – A Protector Lamp Type 6RS. Used widely in the Coal Mines of the Northeast of England. This model allowed air to be pumped into the glass bulb for testing. Mining Memorabilia is one of my hobbies especially collecting lamps. 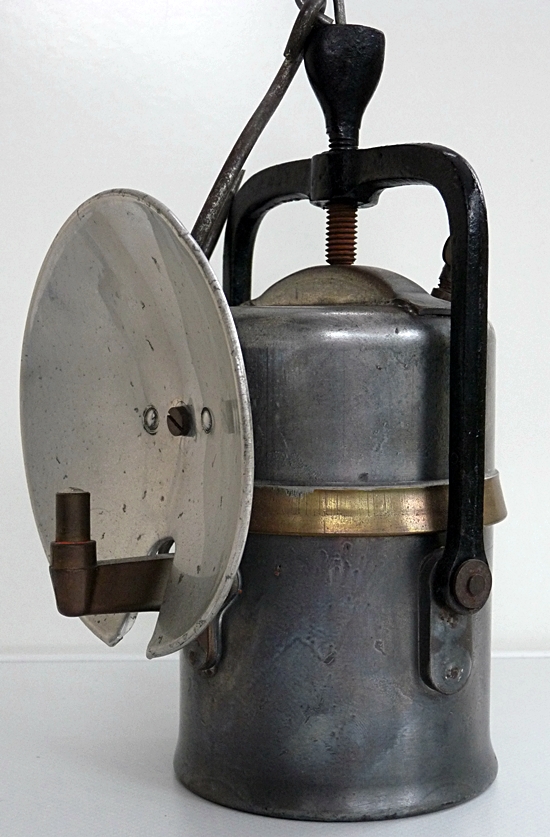 Mining Memorabilia 3 – A Carbide Lantern, these were developed in the early part of the 20th Century.

Water stored in the upper reservoir would drip on calcium carbide held in the bottom chamber. The reaction produced acetylene gas which was lit by igniting the small burner on the front of the lamp. These were very popular in Cornish Mines I believe they remained in use until the 1970’s. 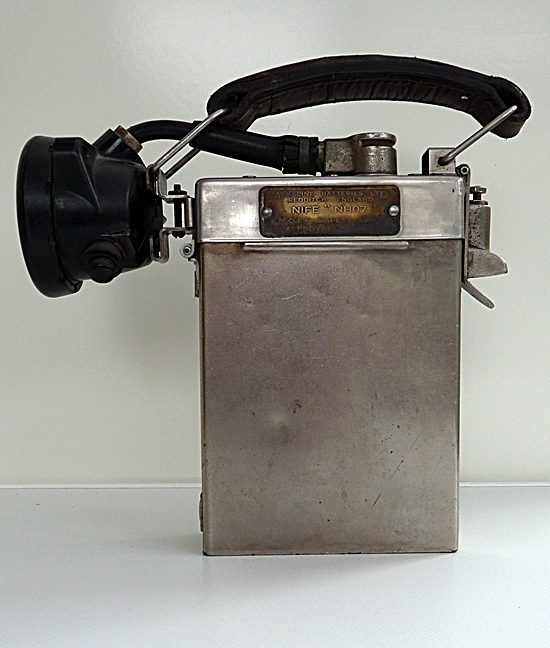 Mining Memorabilia 4 – A Nife NH07 Miners Inspection Lamp. This is an early rechargeable lamp dating from the 1950’s. 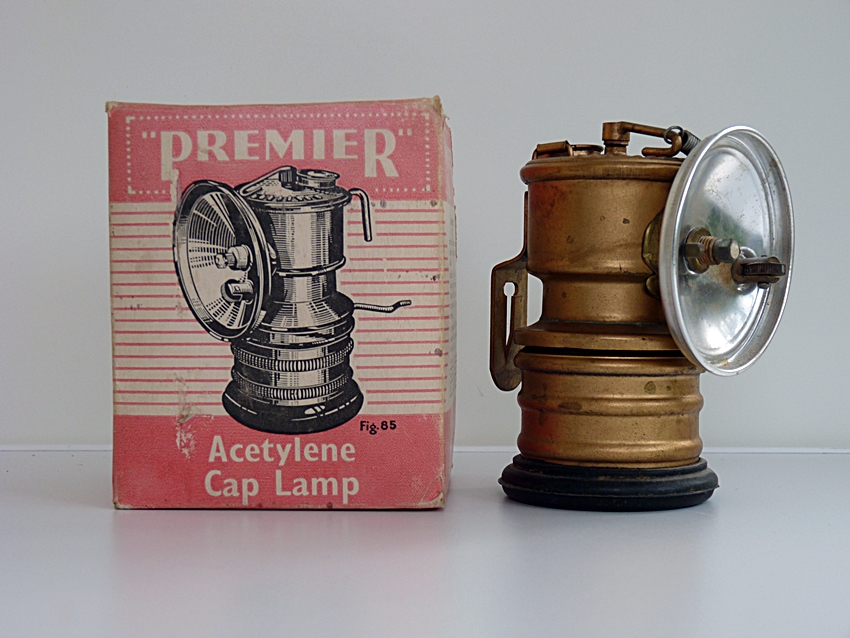 Mining Memorabilia 5 – A Premier Carbide headlamp, still unused in the box. It is said to have come from South Crofty Mine stores. 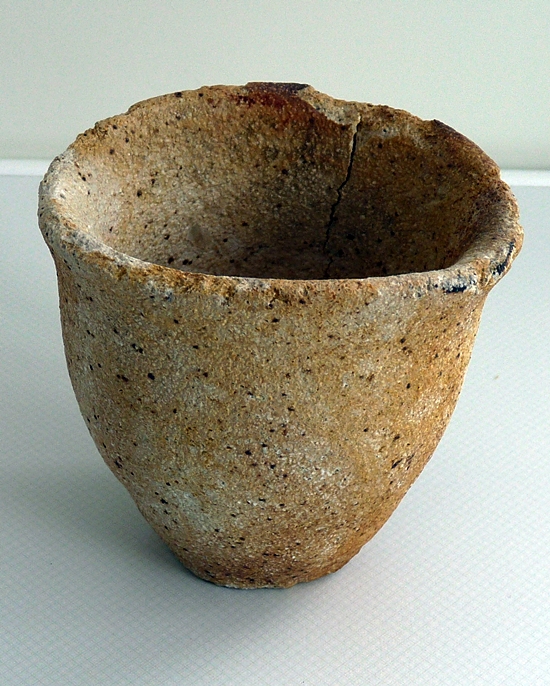 Mining Memorabilia 6 – A crucible dish from a Cornish Mine. This would have been used during the assaying process to check the purity of the recovered Tin. 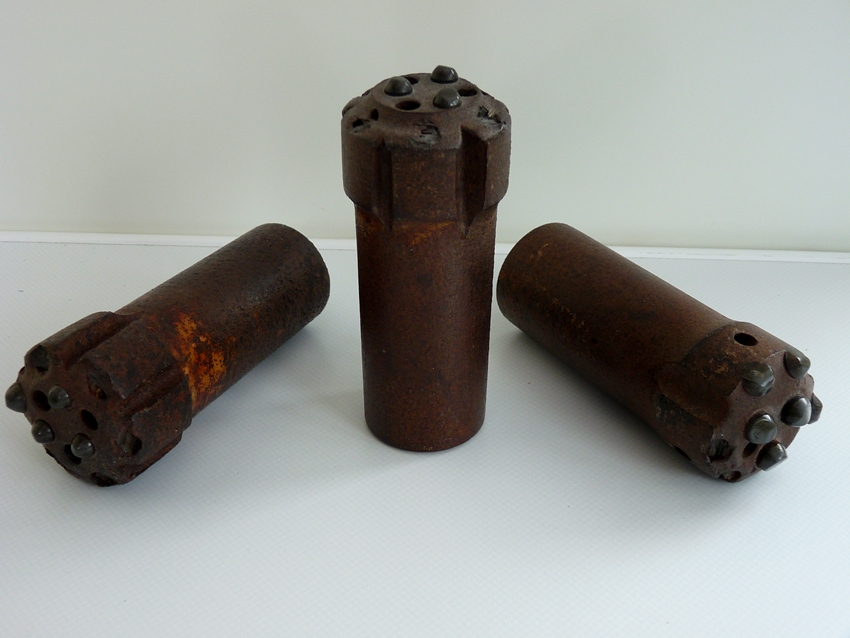 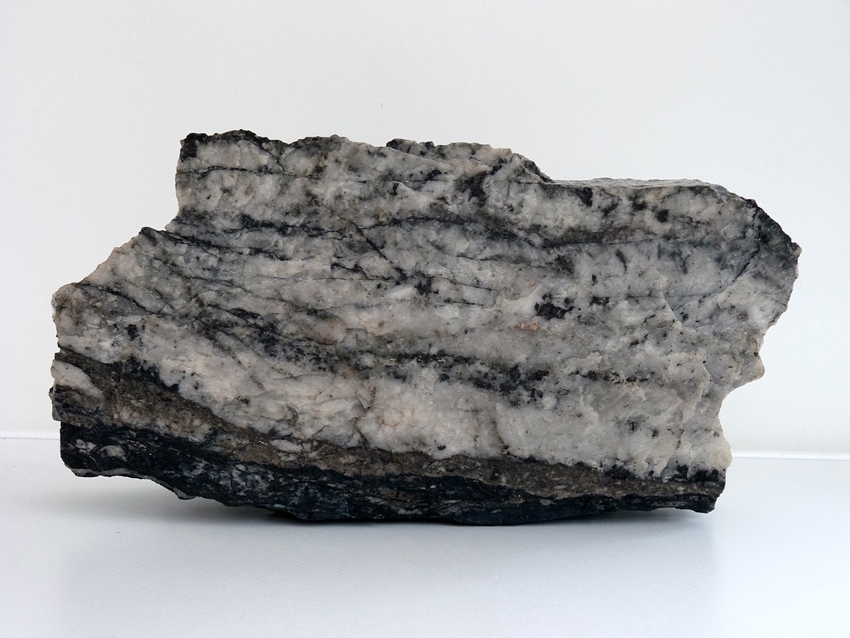 Mining Memorabilia 8 – A sample of South Crofty Ore. The text below was supplied by Dr Nick LeBoutillier.

A sample of tin-bearing lode material from South Crofty Mine, Roskear No:1 North Lode, 360fm. The sample shows a typical composite vein structure and is composed of three easily identifiable segments. At the base is a segment of prussian blue tourmaline breccia (a breccia, in this case a hydrothermal breccia, is composed of fragments, blasted apart under very high pressure and resealed by fresh tourmaline coming out of solution) with minor amounts of quartz and cassiterite.

Cassiterite (pale brown, tin dioxide, the main ore of tin) forms the segment above, which is also brecciated. Quartz (white) forms the bulk of the sample, but also shows a number of partings infilled with both tourmaline and cassiterite, indicating the lode was reactivated a number of times after the main tin-bearing segment was deposited, before cooling temperatures and loss of pressure stopped further pulses of mineralisation. 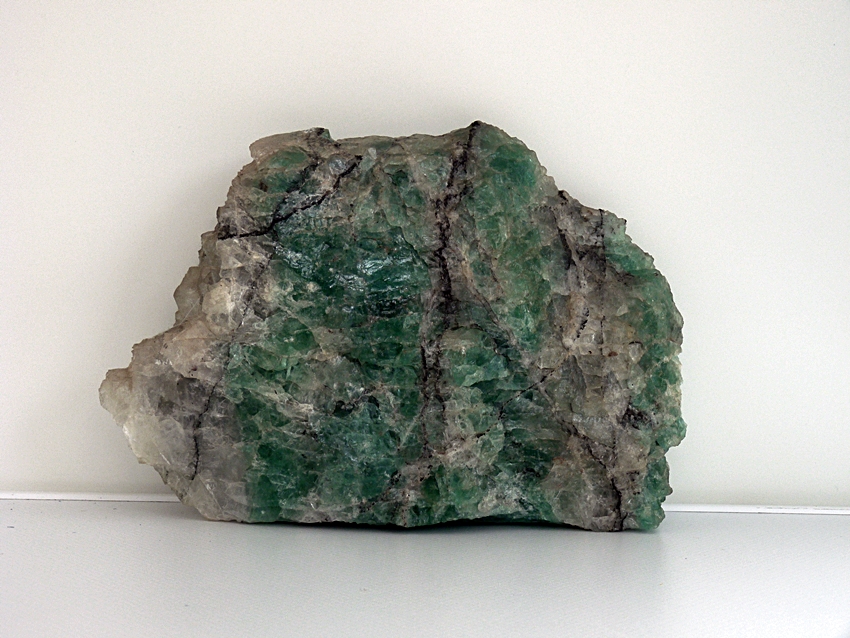 Mining Memorabilia 9 – A sample of Green Fluorite from South Crofty Mine, once again, my thanks to Dr Nick LeBoutillier for the Geological details. A great addition to my Mining Memorabilia.

It cuts the earlier ‘right running’ lodes and tends to have a lower temperature assemblage of minerals than them also. In its upper levels. close to surface, it was incredibly rich in secondary copper ores and was worked during the early 18th Century in the Pool Adit. In North Roskear Mine it was very rich in copper and zinc (not exploited) down to around the 200fm level where it became sub-economic.

In South Crofty it was seen in the east of the mine (below East Pool & Agar mines) and was composed predominantly of fluorite of a variety of colours. The 400fm exposure was the lowest seen in the mine and composed of brilliant deep green and white fluorite. 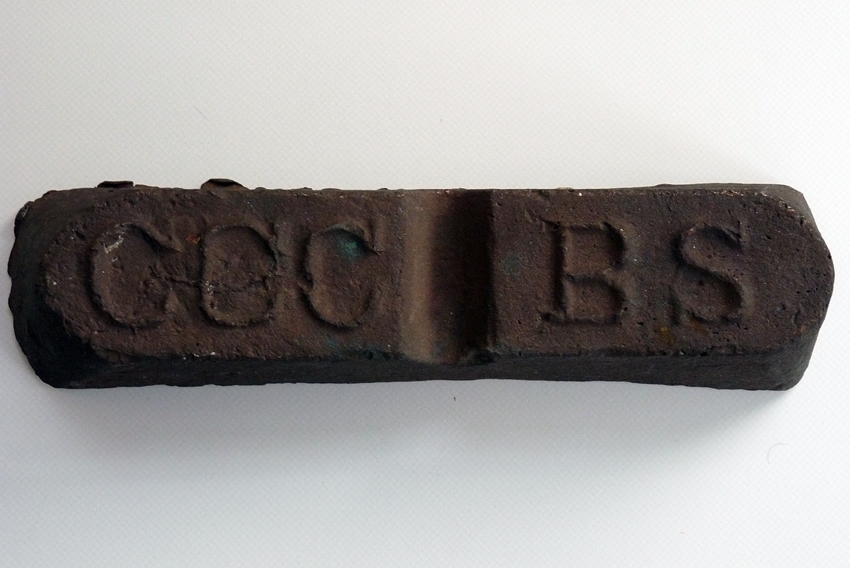 Mining Memorabilia 10 – Finally, my favorite piece: CCC BS – Cornish Copper Company (of Hayle) Best Selected. This ingot was recovered from the wreck of the SS St George which sank in 1882 approximately 18 miles off Portreath.

More details on the wreck can be found here: www.welshmines.org