Pool and Camborne Gallery, I was in Cornwall for Easter 2012 and I spent Good Friday enjoying the sun and wandering around Redruth and Camborne.

The images on this page are taken in and around Pool and Tuckingmill, many show the South Crofty Mine workings and how the site dominates the local landscape. Also of interest are the buildings which belonged to the Bickford’s Safety Fuse Works at Roskear. The impact of mining in this area is easy to see from the rows of miners cottages to the impressive industrial landscape, although this is changing so quickly, I have missed so much.

With the demolition of the South Crofty Mill and Ore Bins in late 2013 things look very different now. This is All Saints Church in Tuckingmill. It was built in 1845 by the Basset family, located off Pendarves Street it’s built in the “Mock Norman Style”. It is a wonderful looking building. 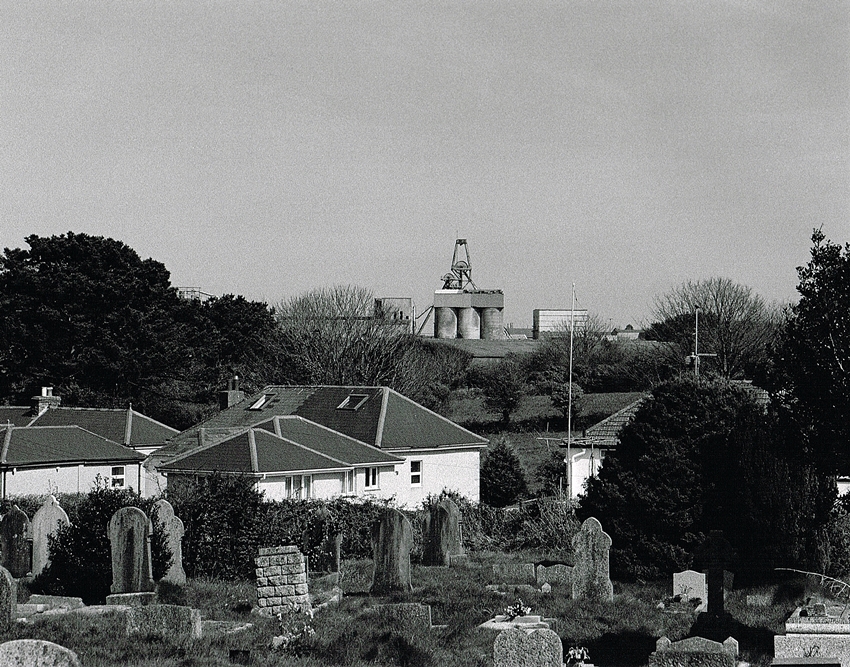 An image looking across the graveyard, in the background the headframe of South Crofty Mine partially hidden behind the ore bins. Always a familiar sight in Camborne. 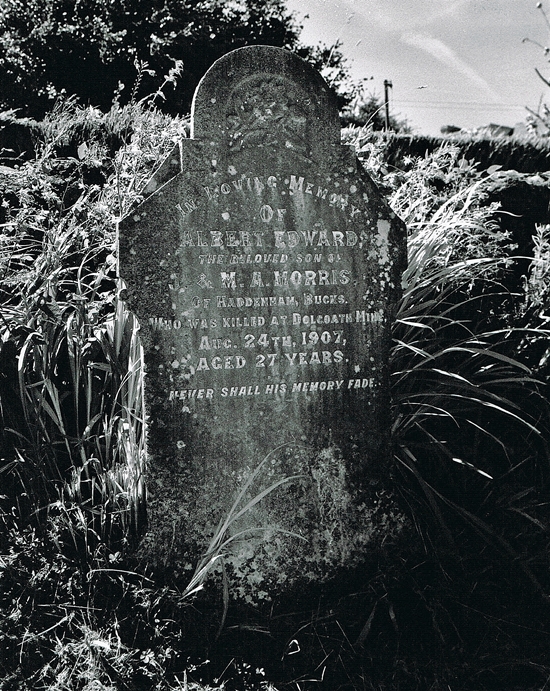 Hidden in the graveyard is this headstone belonging to M A Morris who died in Dolcoath Mine in 1907. 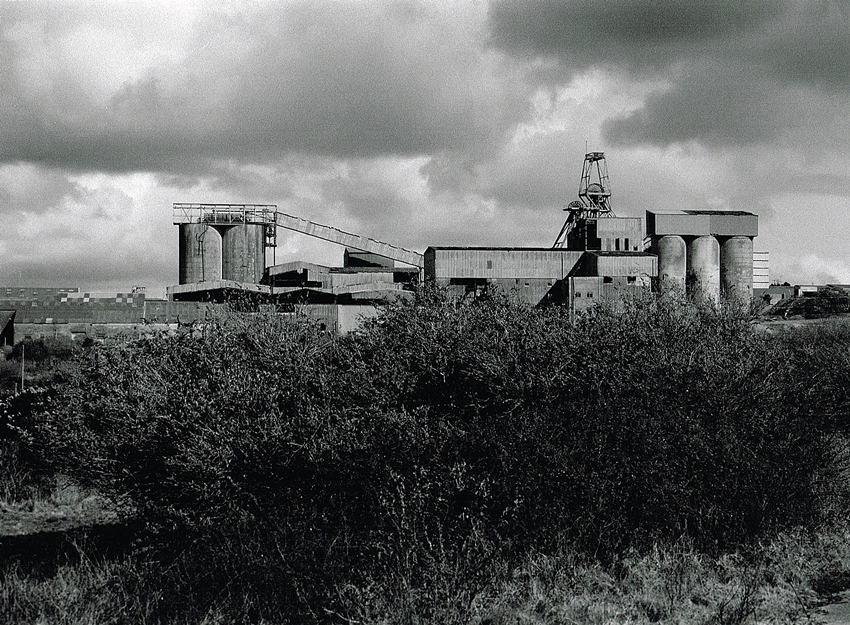 A view of the South Crofty Mine complex taken from Pavillion Park, the mill is the closest structure. A slightly different angle, the view is totally different now. Most the buildings have gone and the new road dissects the site. 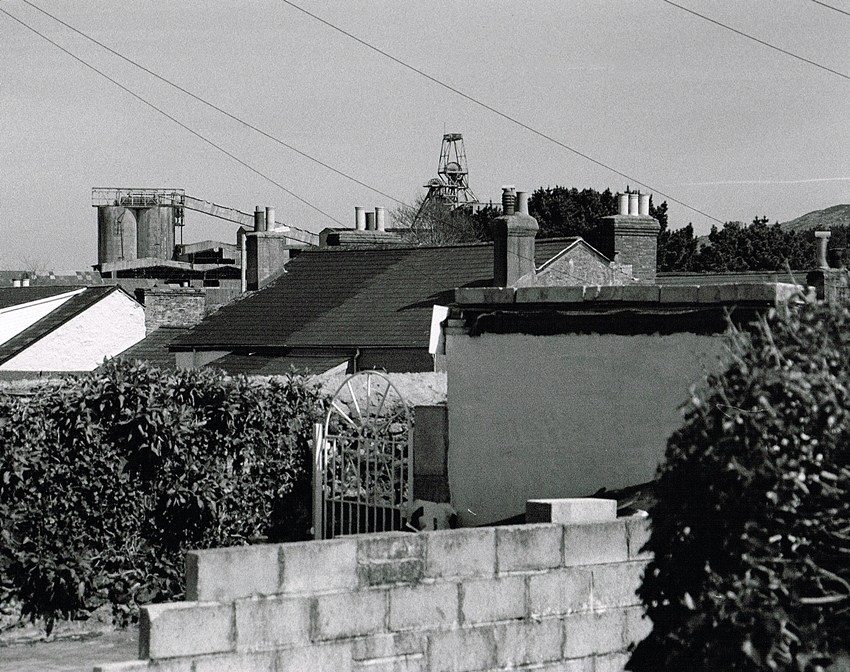 The South Crofty mine buildings standing behind rows of houses. 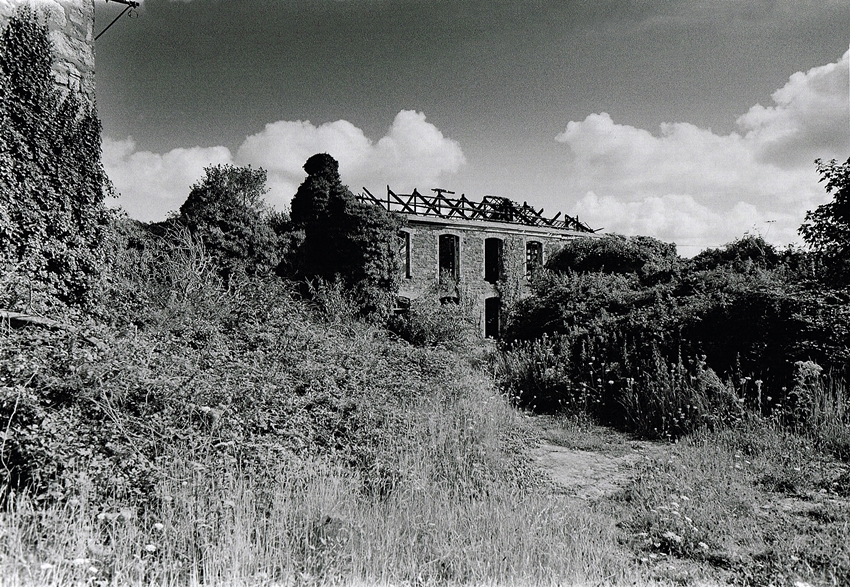 The sadly derelict remains of Bennett’s Fuse Works at Roskear. 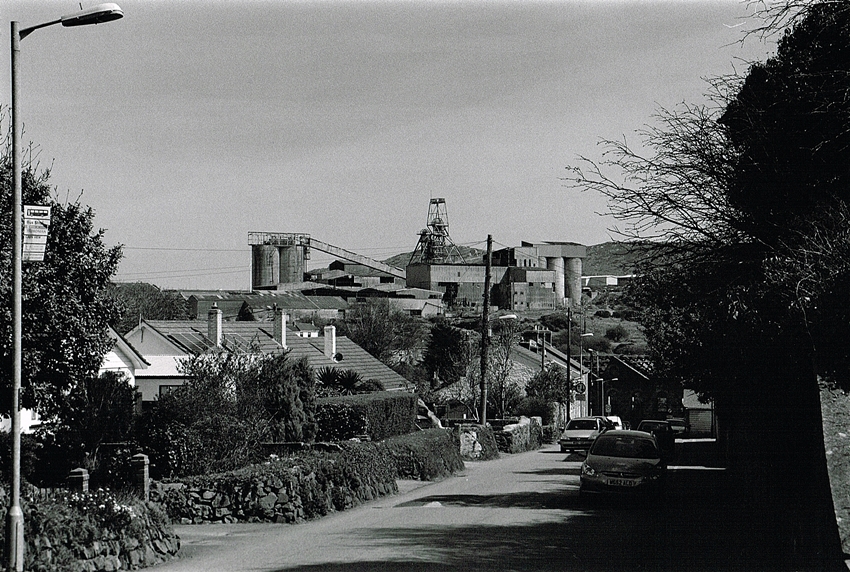 Looking down North Roskear Road. On the right of the image is the fenced off New Roskear Shaft used by South Crofty. 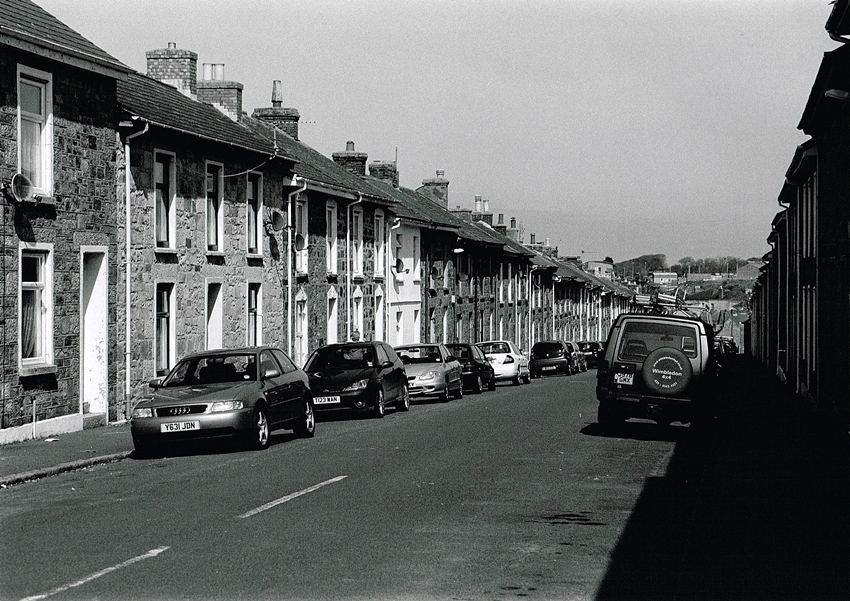 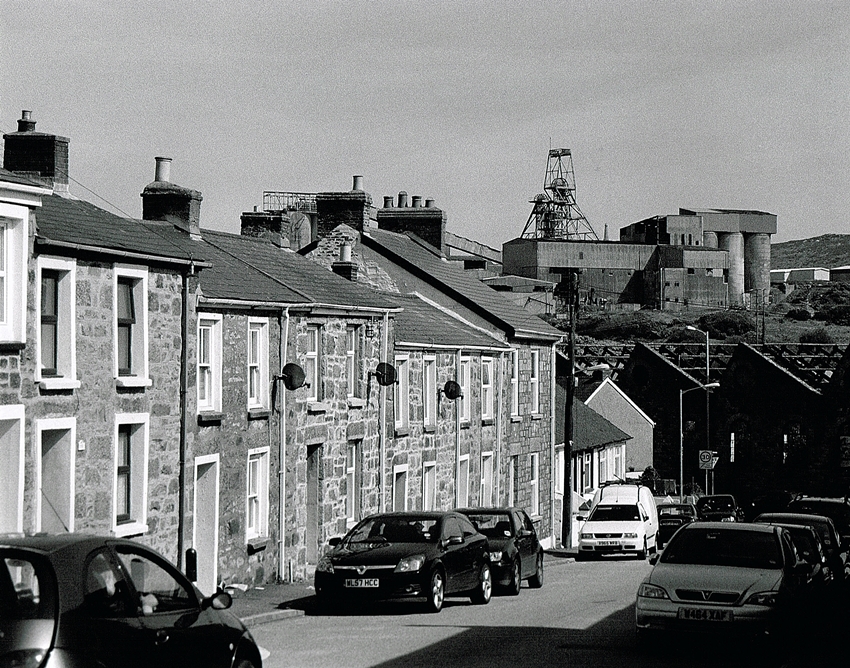 North Roskear Road looking towards Pendarves Street, with the South Crofty site in the background. 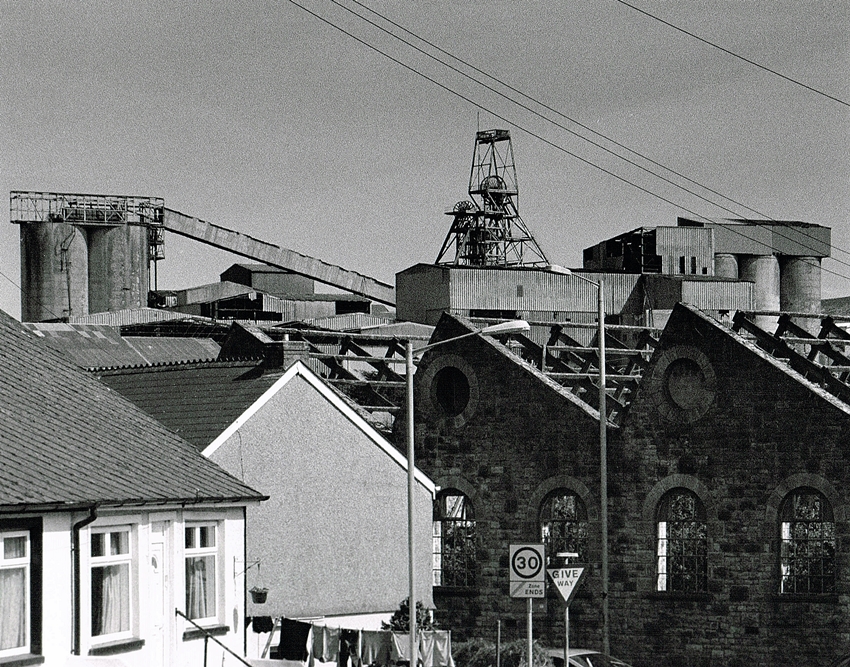 Looking towards South Crofty Mine, taken from North Roskear Street. At the base of the hill are the remains of Bickford’s Fuse Works. 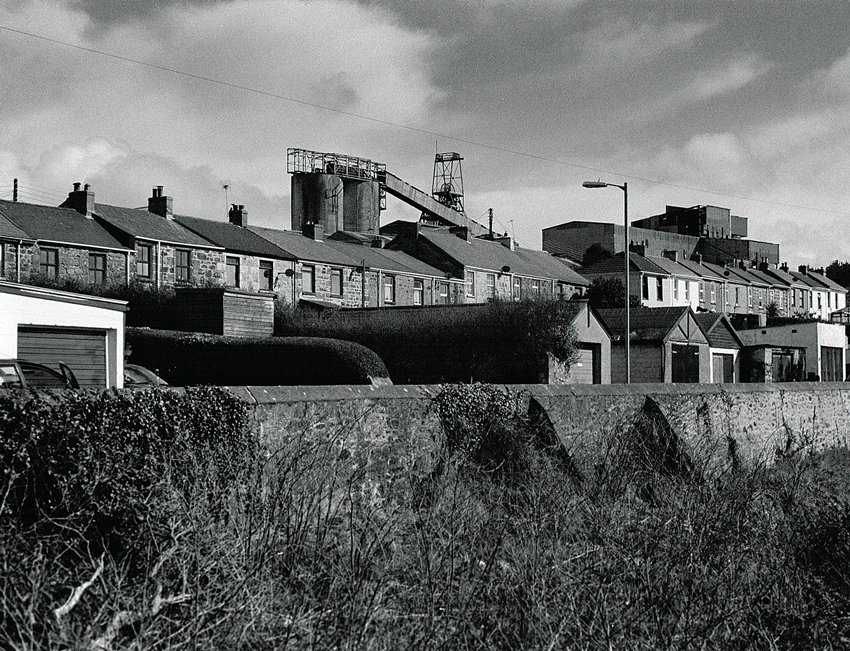 Taken at the base of Pendarves Street, this image shows just how close the South Crofty site is to the surrounding houses. A closer image of the headframe and ore bins.

In 1830 William Bickford devised a way of sealing gunpowder within a core of twisted jute yarns. Sealed in Tar to make it waterproof the process produced the first Safety Fuse.

The patent was issued in September 1831, production started in Tuckingmill soon afterwards. The site on Pendarves Street was formally a foundry, it was purchased and rebuilt in 1910 when the company expanded. This simple invention revolutionised the use of explosives underground. The fuse was safe to use burning at a rate of 30 seconds per foot, this was the first time the miners had a reliable way of setting off charges.
I wonder how many lives and injuries it saved. 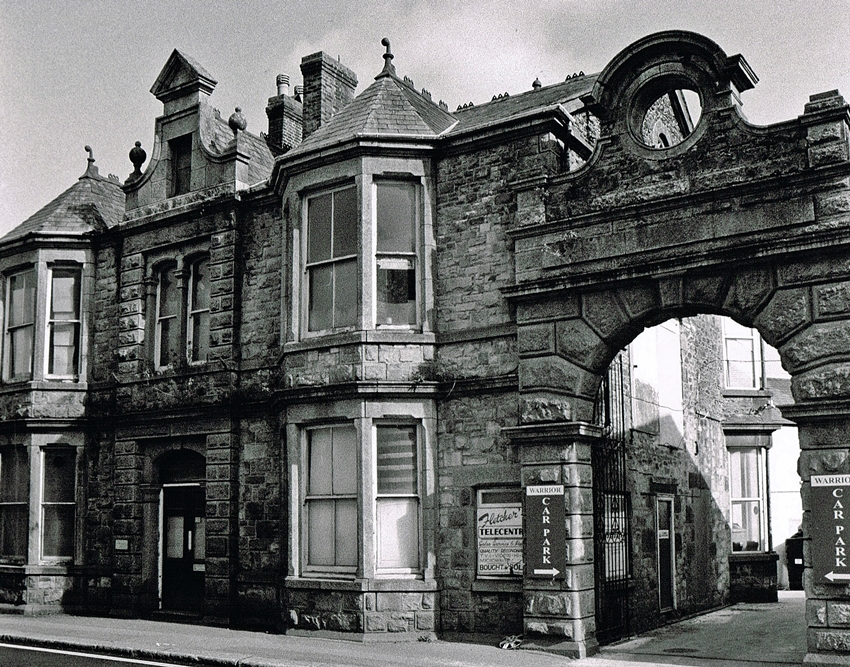 The ornate frontage of the former Bickford’s Safety Fuse Works on Pendarves Street on the way into Camborne. 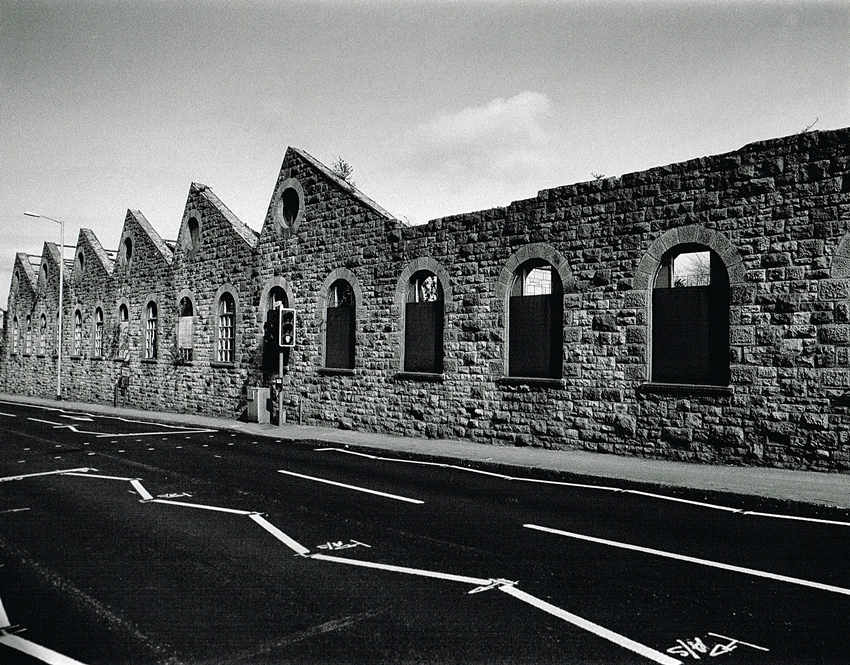 An image of the Bickford’s Fuse Works, the facing wall is most impressive. 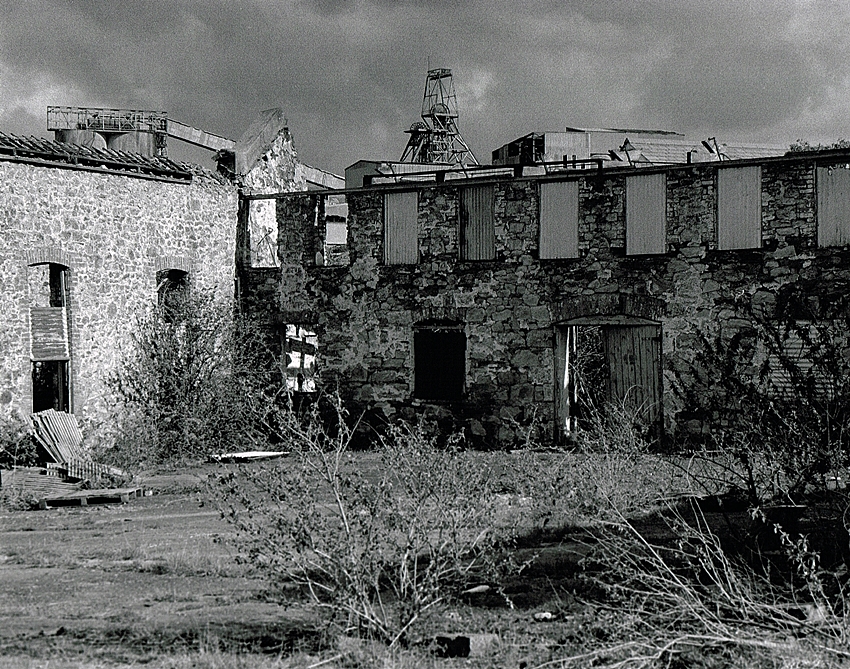 The interior of Bickford’s Fuse works, the buildings are extensive, but in a dangerous state, very sad. 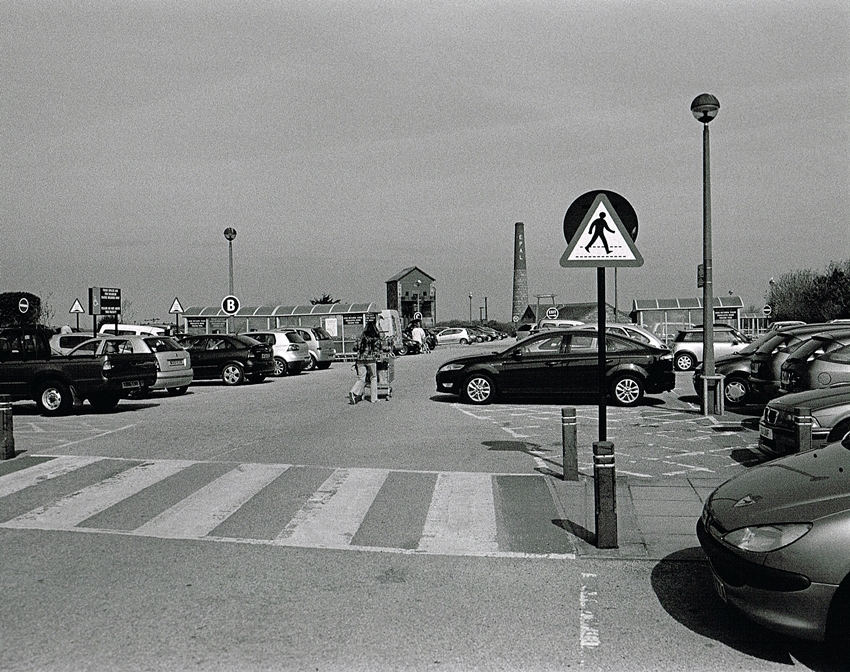 A view across Morrison’s Supermarket carpark. This is looking towards Taylor’s Shaft Pumping Engine House of East Pool and Agar Mine. The main entrance to Taylor’s Shaft, East Pool and Agar Mine.

More information about the local Camborne Area can be found by following this link: www.cambornemap.org

I will be adding more photos of Camborne Town soon, but sadly so many mining remains have been lost.