The West Devon Mining District: So, this is one of the mining areas I have sadly neglected. However I hope as I spend more time around the Tamar the content will grow as my knowledge of the area increases.

I am aware there is no official West Devon Mining District, I have named it this to fit in with the rest of the “District” pages. 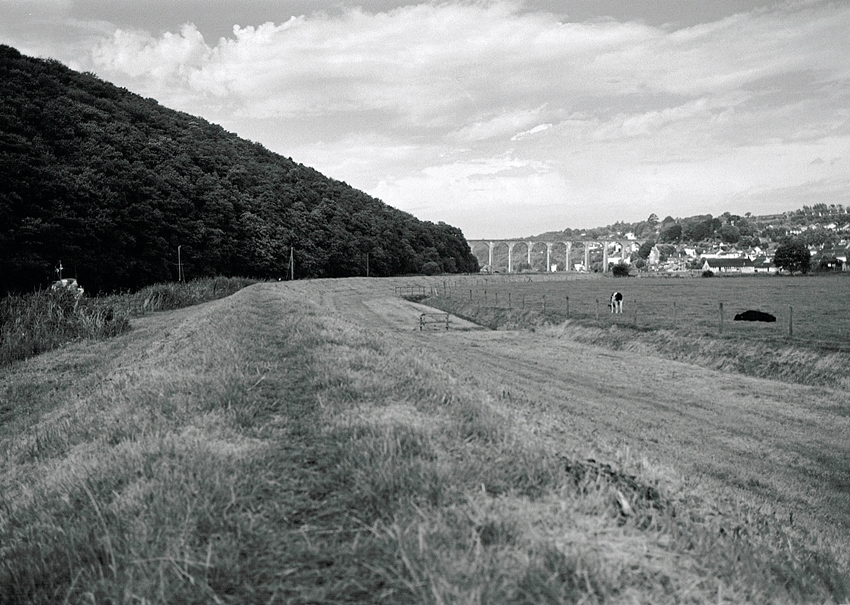 The railway viaduct at Calstock on the River Tamar. It stands 120 feet tall with 12 sixty foot arches, the viaduct was built in 1907.

The images on this page are of the extensive remains of Devon Great Consols Mine in the Tavistock area which worked from 1844-1901. The earliest workings were known as North Bedford Mines or Wheal Maria. During November 1844, a rich vein of copper ore was discovered, this was proved to extend eastwards for over two miles. Devon Great Consols soon became the richest copper mine in Europe and later as the world’s largest producer of arsenic. During the time the mine was open it produced a total of 763,573 tons of Copper and 71,770 tons of Arsenic.

The images below were taken in the late 1990’s. They are the remains of the Arsenic Refining Plant at Wheal Anna Maria (Devon Great Consols). Since these were taken the site has been stabilised and the most Arsenic contaminated areas have been sealed off. 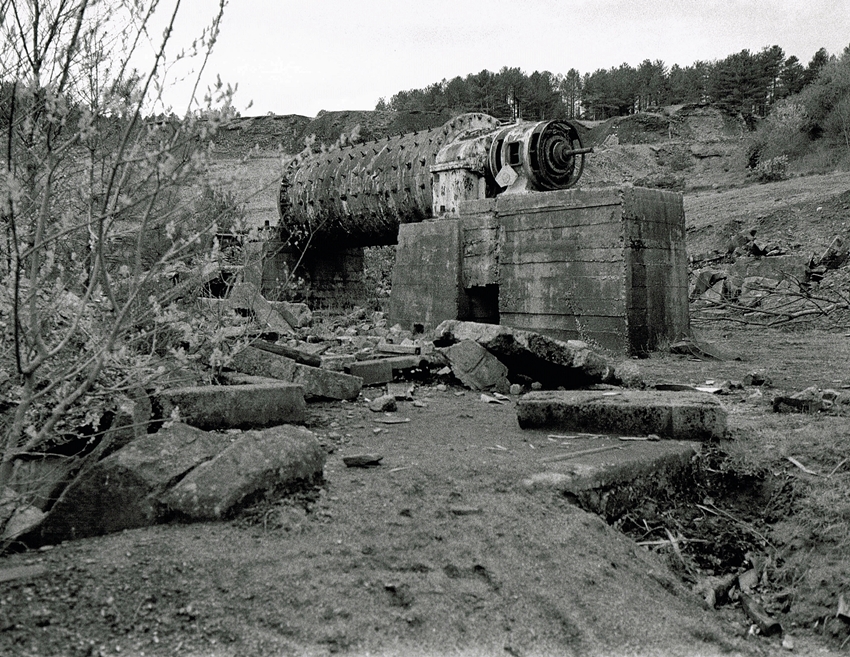 This first image of the West Devon Mining District shows the remains of a ball mill on the extensive site. This dates from the 1970’s when many of the huge dumps were being re-worked for their mineral content. 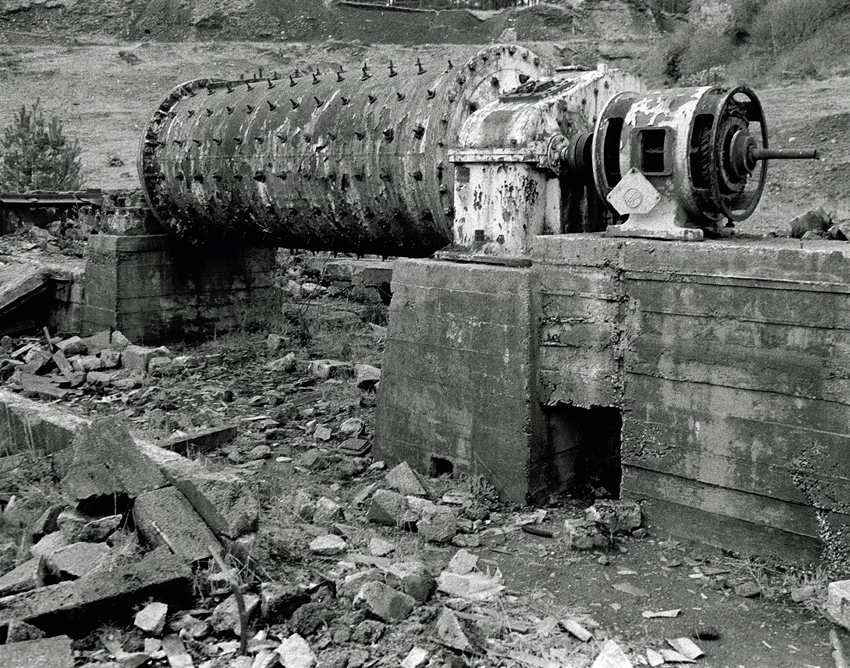 A closer image of the Ball Mill, the electric drive motor is closest to the camera. This still survives today but much the area has become overgrown. 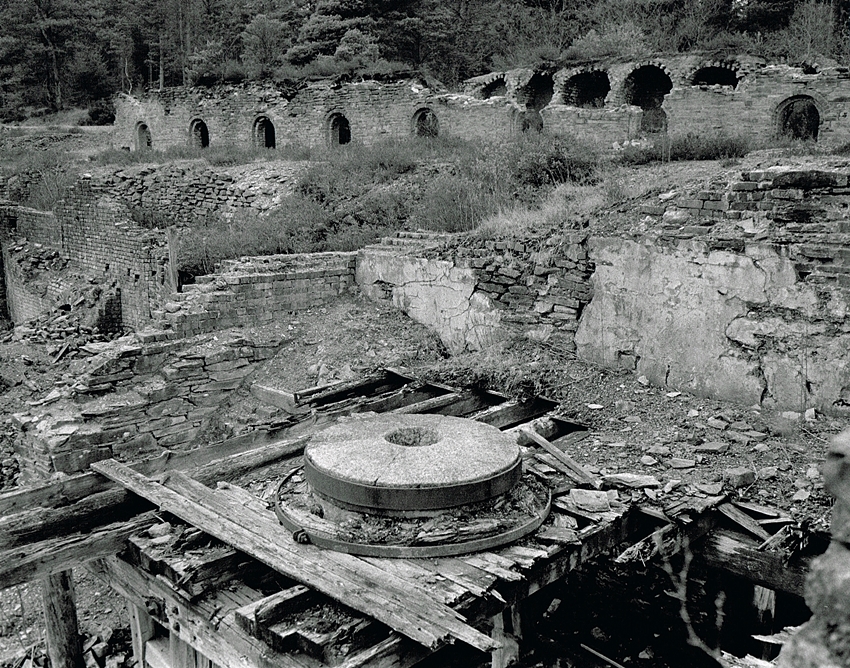 A view of the remarkable surviving grinding wheel on the site. In the background the long line of Arsenic condensing chambers disappear into the woodland. However, these have all been fenced off due to the hazardous nature of the Arsenic within. 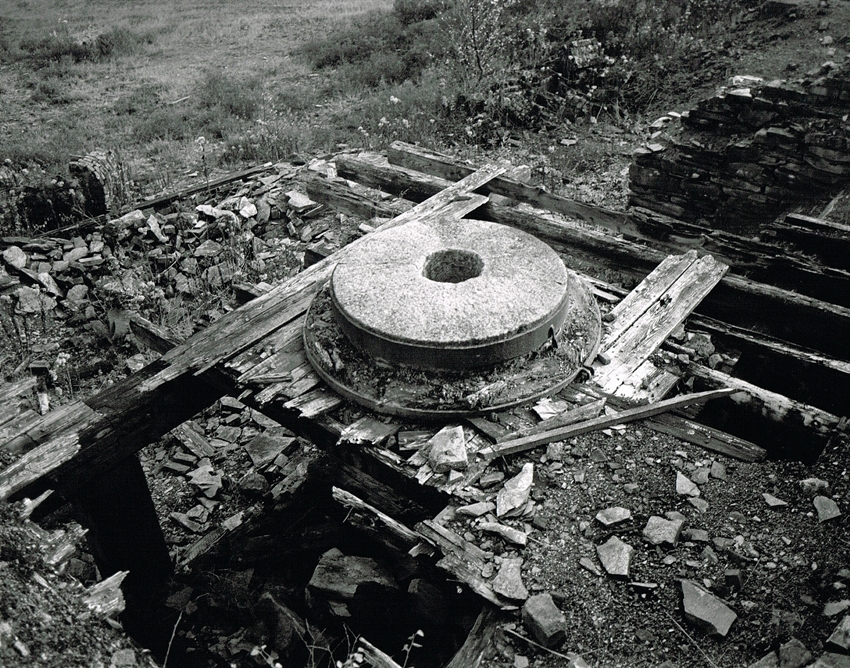 A detailed second image of the grinding wheel at the Arsenic Refinery of Devon Great Consols Mine. This would have been used to grind the processed Arsenic to a fine powder. 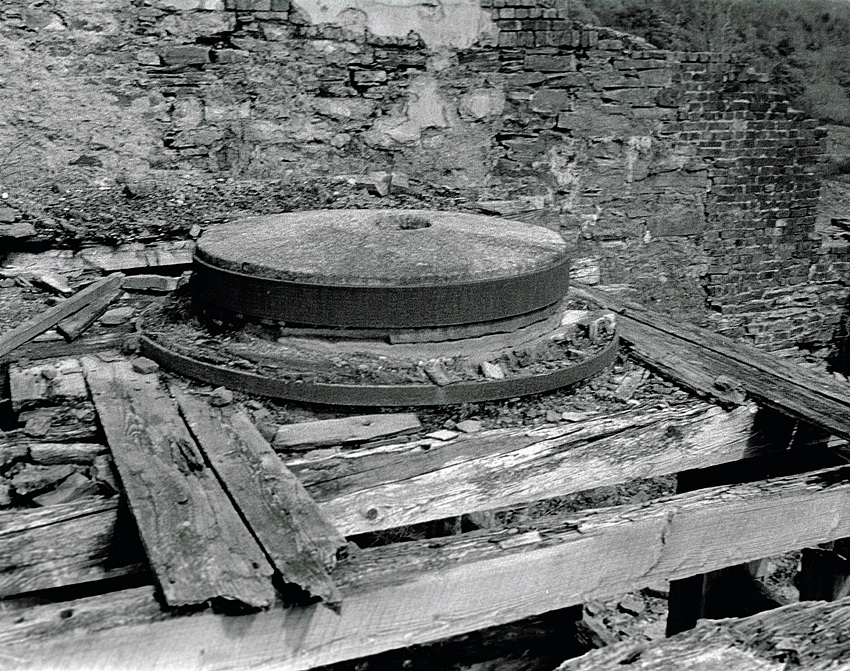 A final side view of the Arsenic Grinding Wheel. 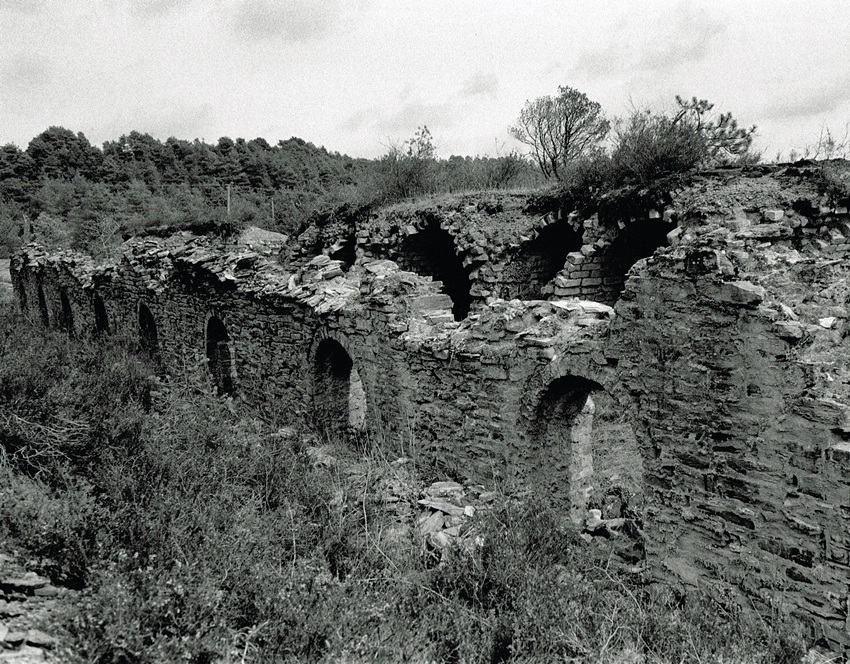 A view of the Arsenic Labyrinth where the crude Arsenic was collected. 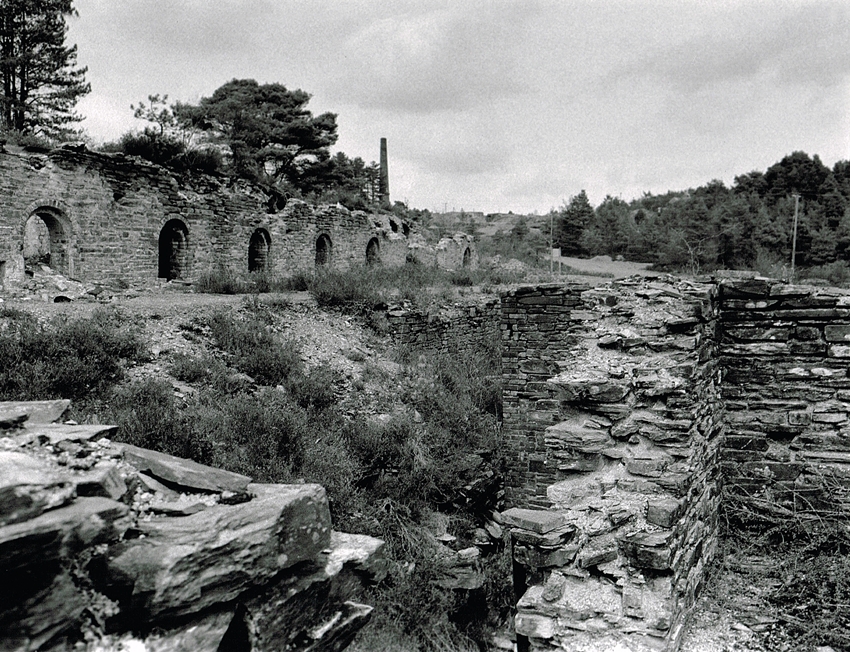 A second image of the Arsenic Labyrinth looking the other way to the chimney. 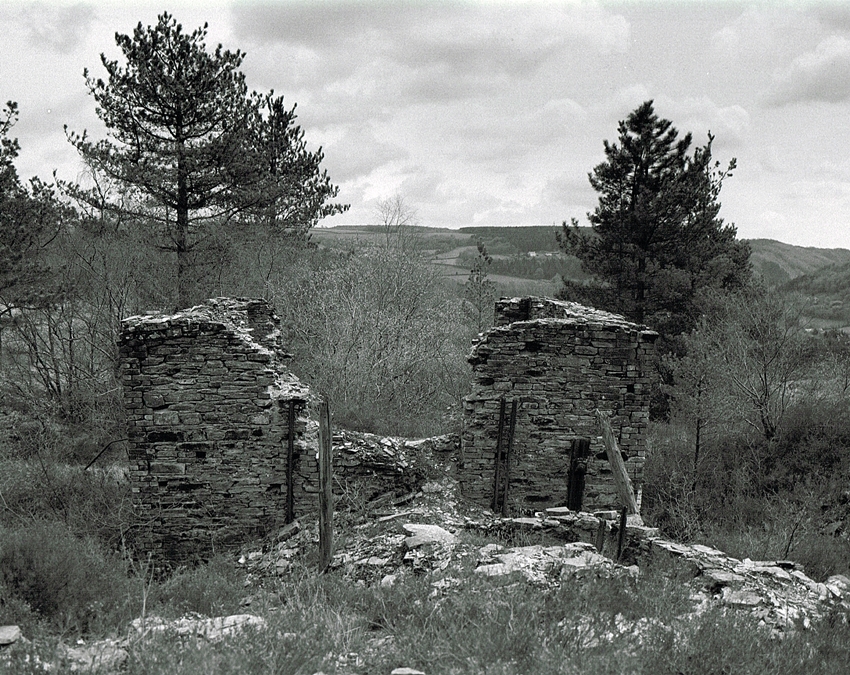 One of the Brunton Calciners on the site. The ore was roasted in these to release the Arsenic gas. 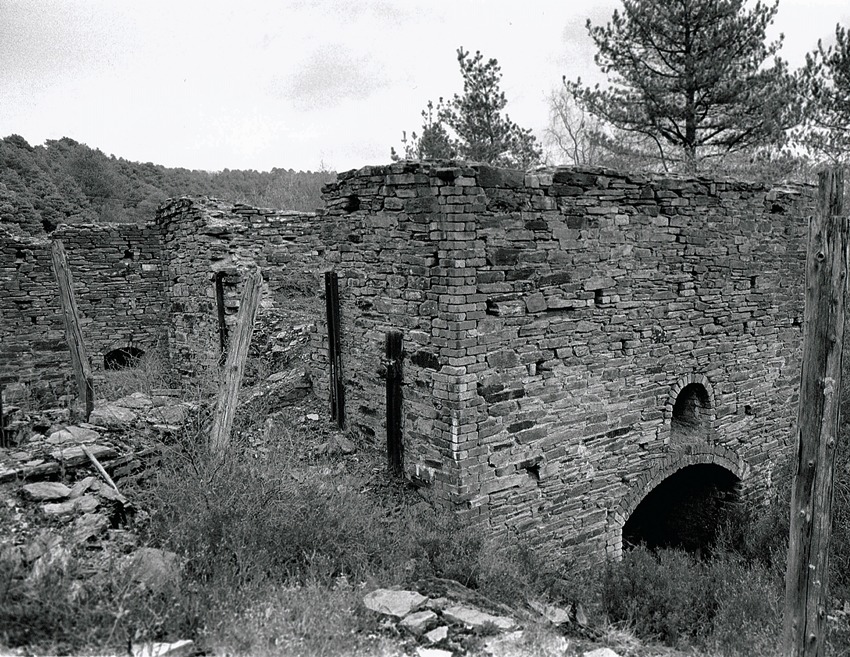 A bank of Brunton Calciners. The strapping on the wall to reinforce against the extreme heat can be seen clearly on the walls. 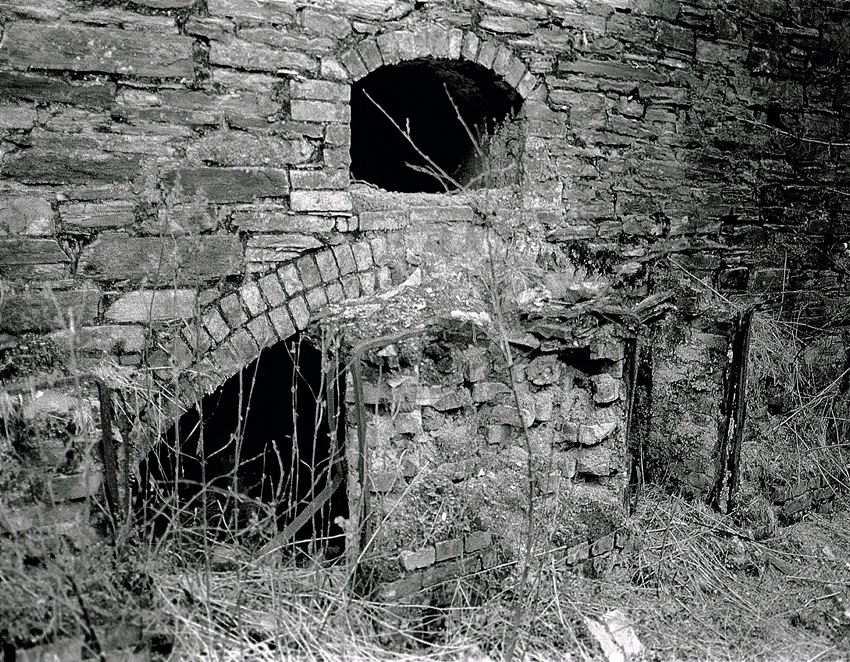 A final closer image of the Calciner, this shows one of the furnace stoke holes.

This was an amazing site, a true jewel in the West Devon Mining District. 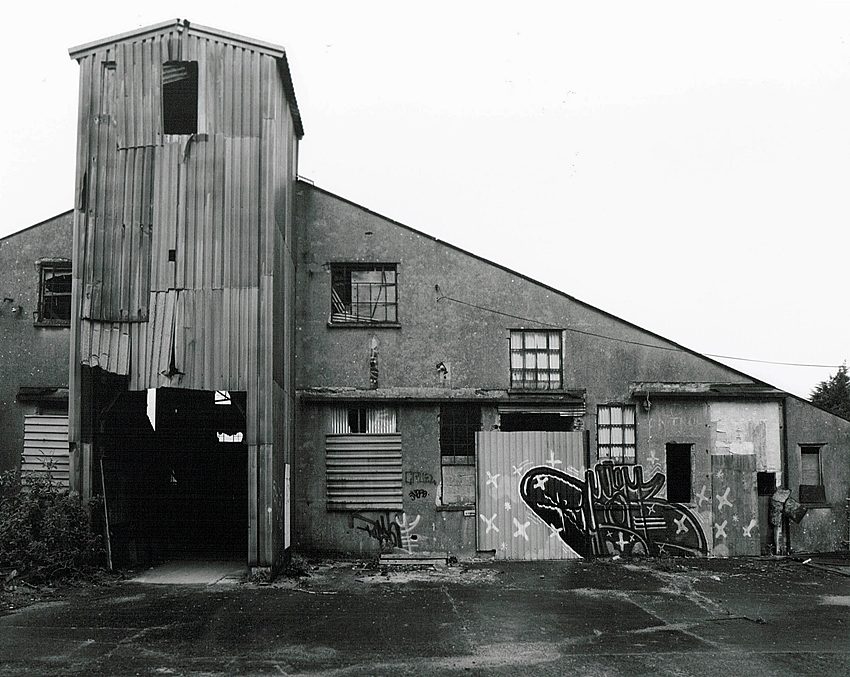 The remains at Hemerdon Mine. This image was taken in 2013 before the Mine was redeveloped in preparation of re-opening.

For more images follow this link: Hemerdon Mine Gallery 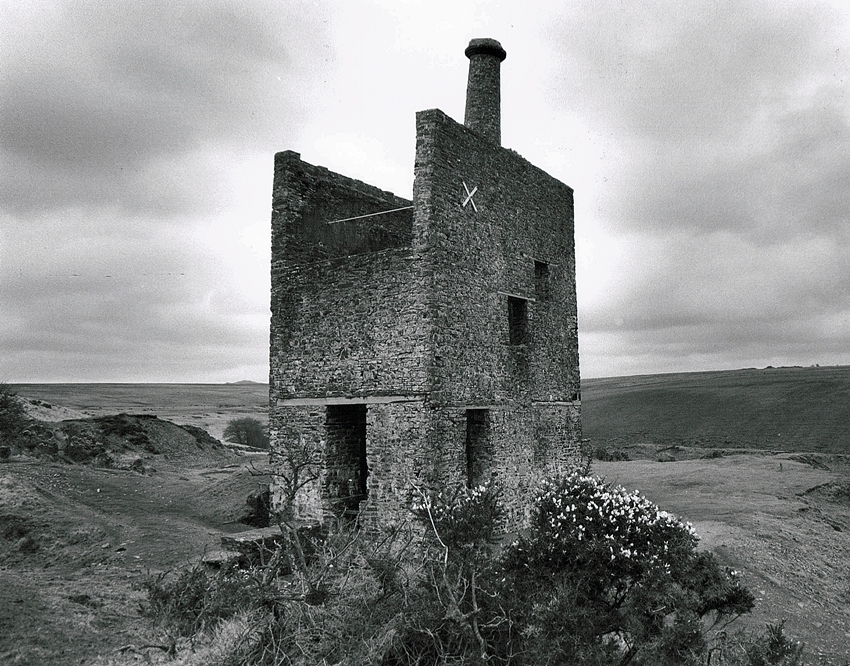 Finally, the last image on West Devon Mining District Wheal Betsey Mine. Sadly the only surviving Engine House on Dartmoor. Built in 1868 it served the mine until closure in 1877.