Bickfords Fuse Works: The remains of this important site can be seen in Tuckingmill along the side of the A3047 leading into Camborne.

For many years the Cornish Miners in the late 18th and early 19th centuries faced the prospect of accidental injury from the gunpowder they used to blast the drilled holes in the mines. Care had to be taken as the gunpowder was easy to ignite when exposed to sparks, heat, or flames.

The miners would use hand turned drills to drill several holes into the rock face at the end of a drive, each hole would then be filled with gunpowder. A pointed rod called a “needle” was placed in the charged hole, soft clay was then moulded around this rod and tamped tight using a wooden rod, it was dangerous to use metal as it could produce sparks. On removal a fuse would be inserted into the hole, lit and the charge would blow.

It all sounds very simple but accidents and injuries were a constant threat to the Cornish Miner. The main issue was igniting the hole itself, the fuses used at this time were straws or quills filled with black powder. These were notoriously unreliable and dangerous to use even to the experienced man.

The early fuses would burn irregularly thus making it difficult to estimate the time to the blast. These were easily damaged either in transit or when the hole was being prepared. If moisture was present the fuse would smoulder rather than burn leading the miner to believe the charge would not go off. Often the explosion was only delayed and many miners were killed or injured in their haste to return to the work face. 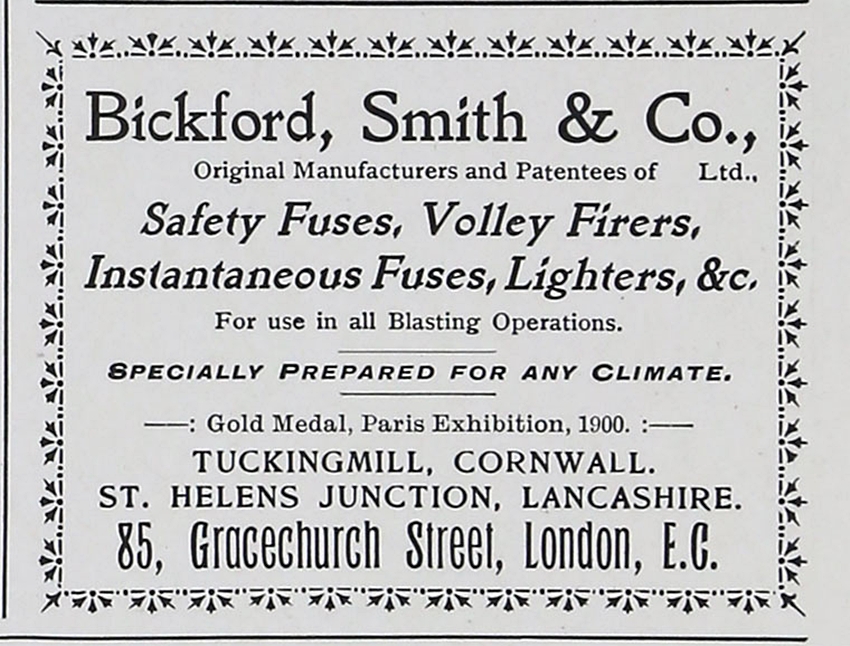 Bickfords Fuse Works 1: One of the original adverts for the new Safety Fuse. Image re-produced here from www.gracesguide.co.uk.

The problem was solved in 1831 by an English merchant named William Bickford, a Methodist, originally from Ashburton in Devon. In Tuckingmill, he developed a reliable and safe way of firing the powder in the primed holes. Having visited a friend who was a ropemaker he believed the same methods of winding cords to produce a rope could be applied to creating a fuse. With help from a working miner called Thomas Davey and his son-in-law George Smith, Bickford successfully invented a device which would produce the patent “Safety Fuze”. 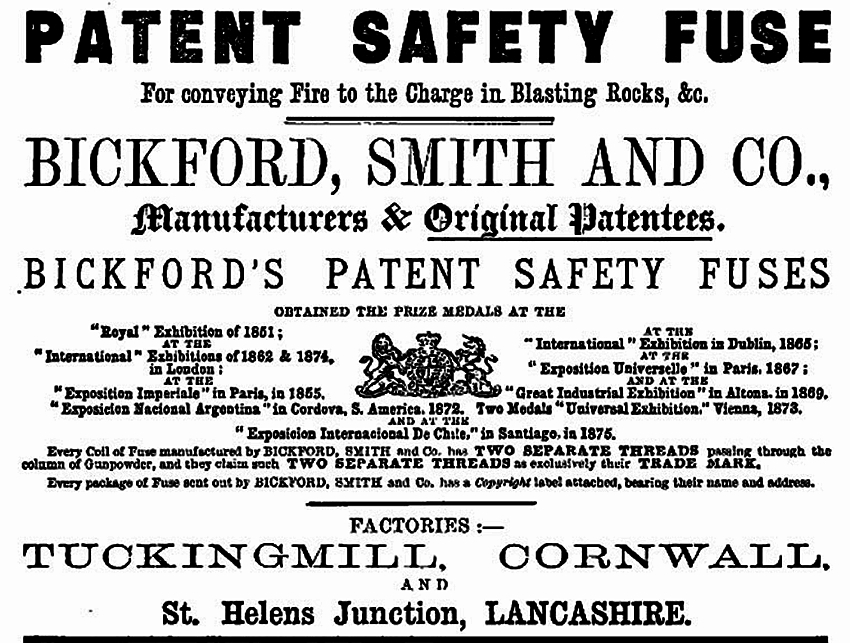 Bickfords Fuse Works 2: One of the original adverts for the new Safety Fuse. Image re-produced here from www.gracesguide.co.uk.

The machine was designed to cover a tube of gunpowder with jute yarn spun in opposite directions; the resulting product was then varnished in tar so it was waterproof. The patent was awarded on 6th September 1831: No. 6159 “Safety Fuze for Igniting Gunpowder used in Blasting Rocks, Etc”. The final product was a waterproof fuse that burnt in a predicted rate of 30 seconds a foot so an accurate burn time was easily calculated by the length of the fuse. It will never be known how many lives this invention saved, the face of mining had been changed forever. 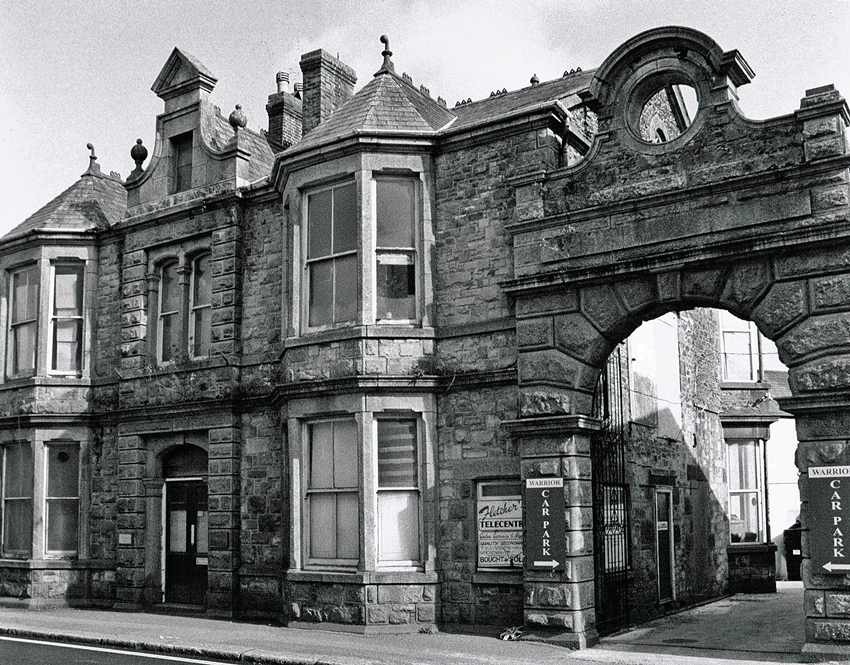 The present day remains of the factory were purchased from Tuckingmill Foundry in 1888, prior to this the fuse was produced over the road. The company was taken over by Nobel Industries in 1921, safety fuse continued to be made on the site until July 1961.

There is a commemorative plaque set in the wall as a lasting memory to William Bickford’s invention. The images on this page were taken in early 2013. 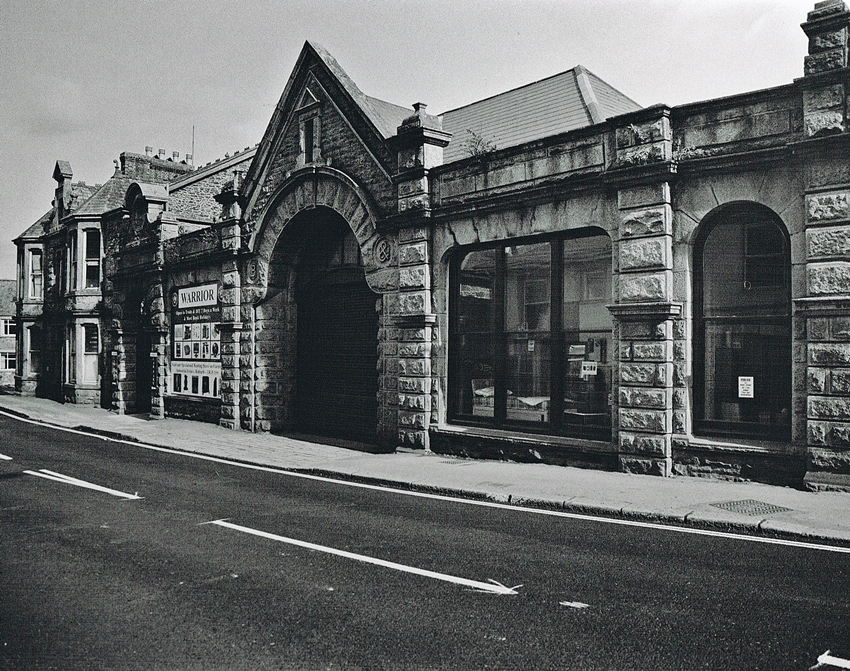 Bickfords Fuse Works 4: Another image of the impressive frontage, the stonework is amazing. It seems a surprise that the whole site was not preserved. 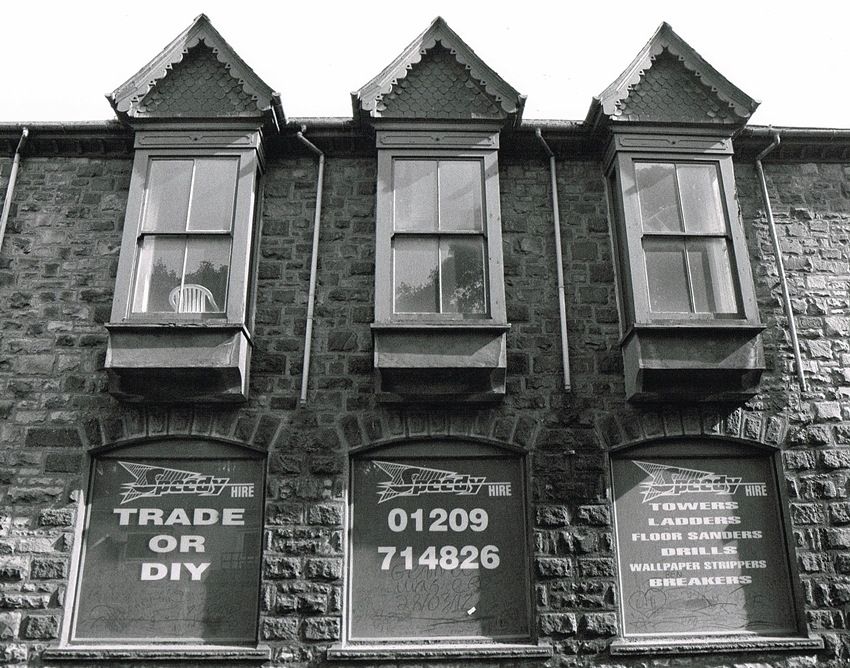 Bickfords Fuse Works 5: Windows on the second floor of the offices make an interesting photograph. 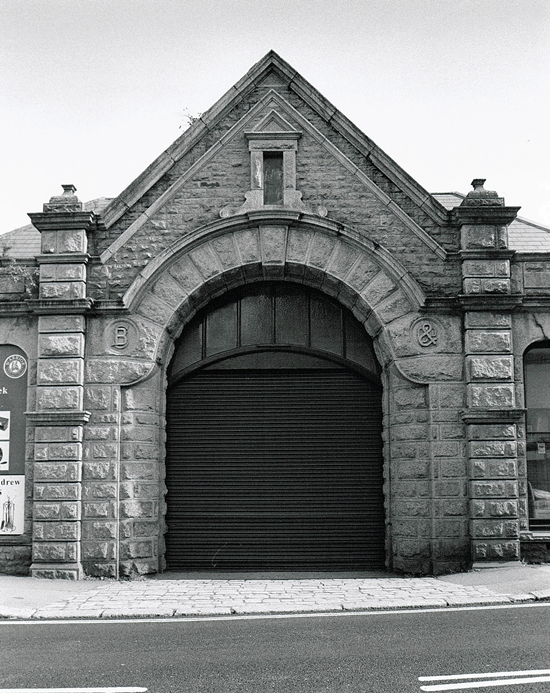 Bickfords Fuse Works 6: One of the main entrances into the factory works. On the columns are BS and Co, once again the stonework is breathtaking. 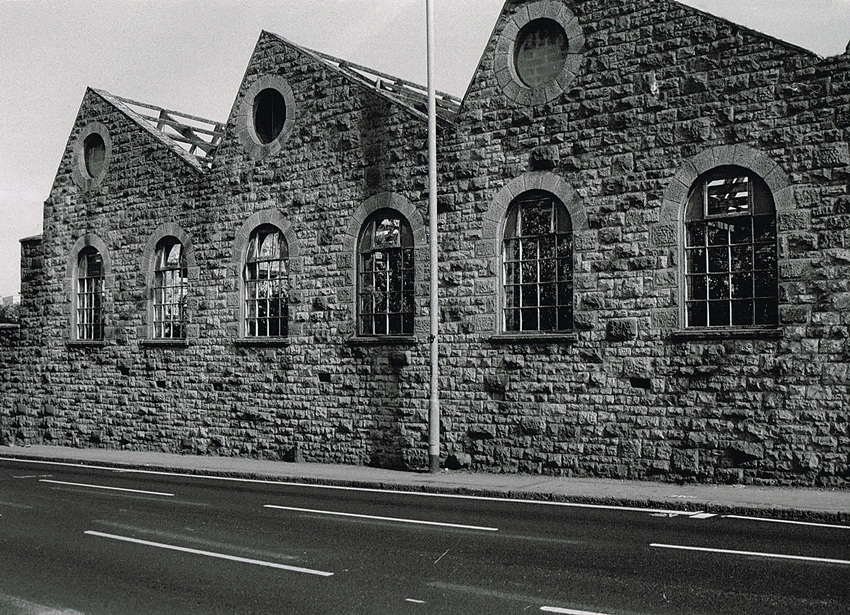 Bickfords Fuse Works 7: Walking up Pendarves Street the frontage of the factory itself. Bickfords Fuse Works 8: The original slate roofs have long collapsed and the interior is overgrown. So difficult to believe this is a protected building and part of part of the World Heritage Site. 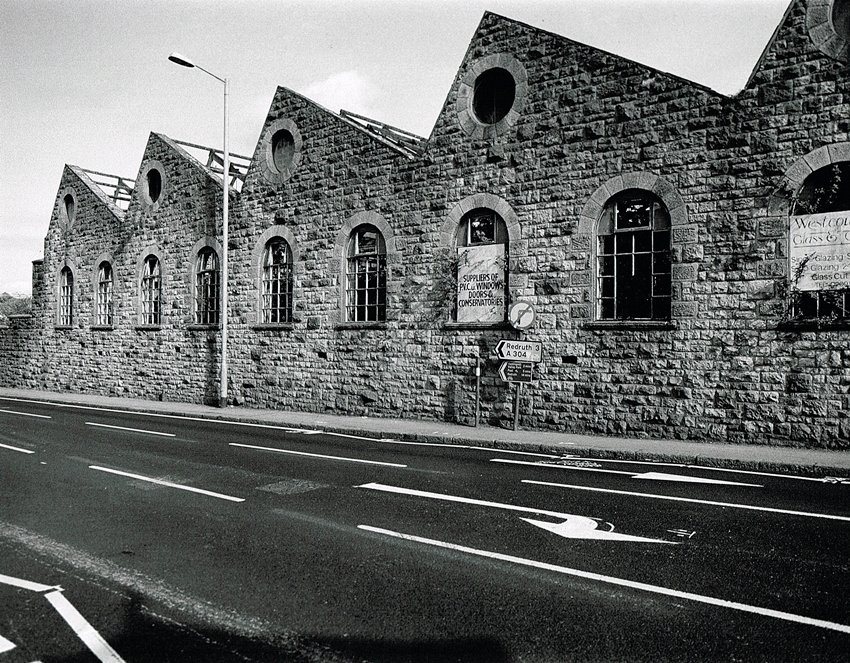 Bickfords Fuse Works 9: Beautifully built yet neglected, there is a magic to this building. 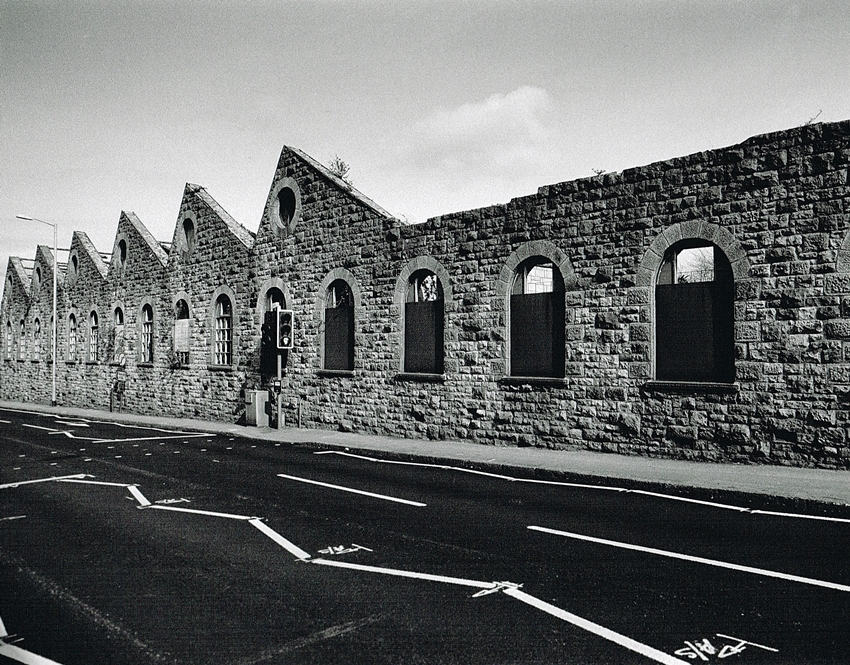 Bickfords Fuse Works 10: Looking back at the remains of the factory wall along Pendarves Street. 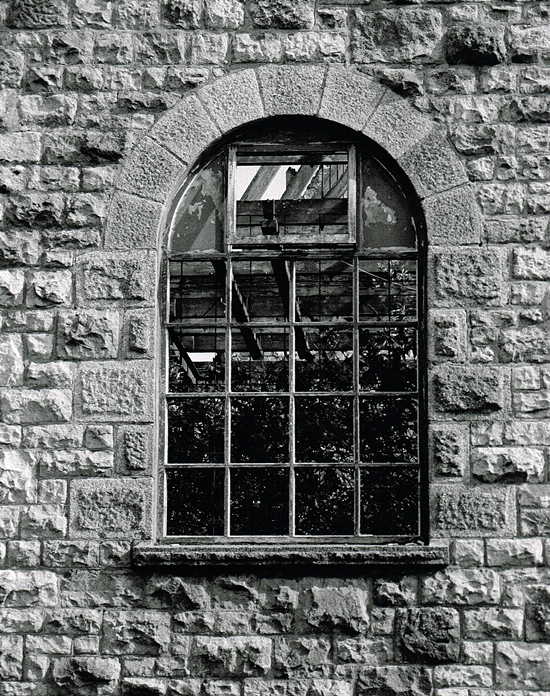 Bickfords Fuse Works 11: The high quality stonework around one of the old factory windows. The interior is in such a sad state.

On this occasion the gate to the rear of the workshops was open. I wandered in and was lucky enough to have a good look around the Bickfords Fuse Works site. Entry into the buildings was unwise due to their dangerous condition. 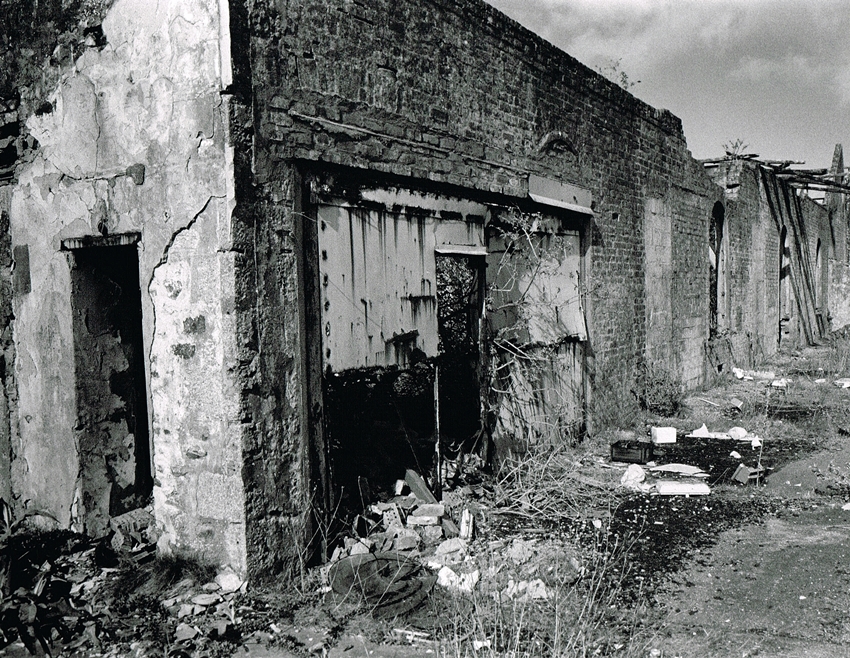 Bickfords Fuse Works 12: The factory floor from inside the site. 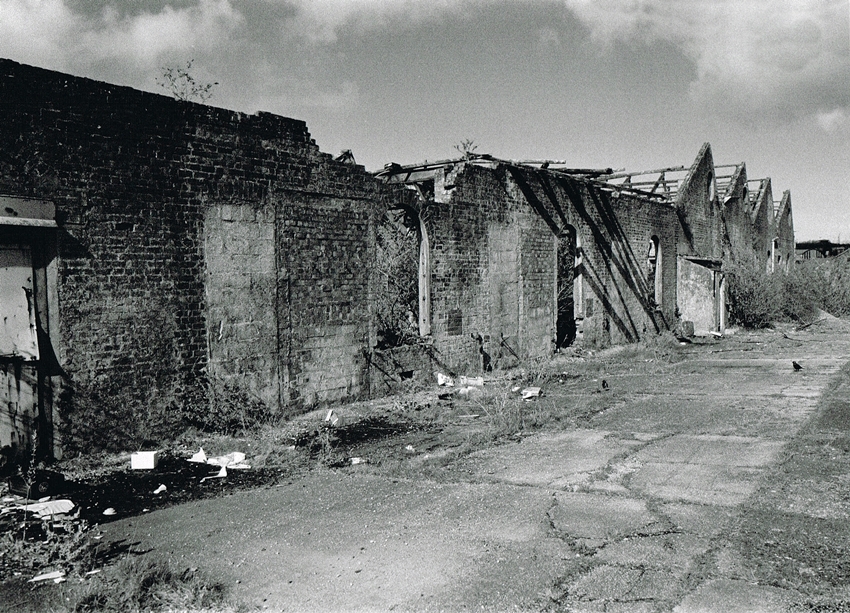 Bickfords Fuse Works 13: The unusual pointed gables are mirrored on the inside. The site is derelict, has fire damage and looks incredibly dangerous to enter. 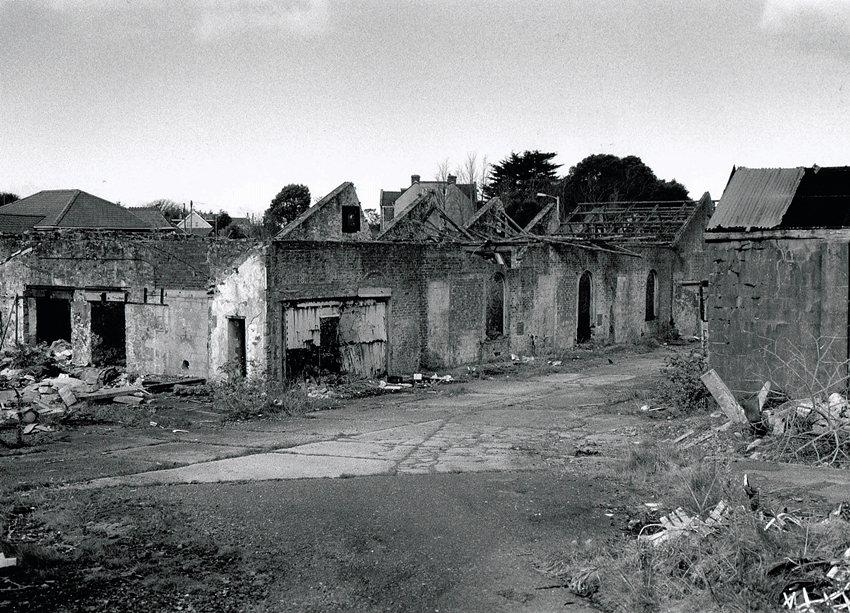 Bickfords Fuse Works 14: Pendarves Street is behind the gutted buildings. Bickfords Fuse Works 15: Fire damaged buildings, the site closed in 1961. Since then newer building were built. 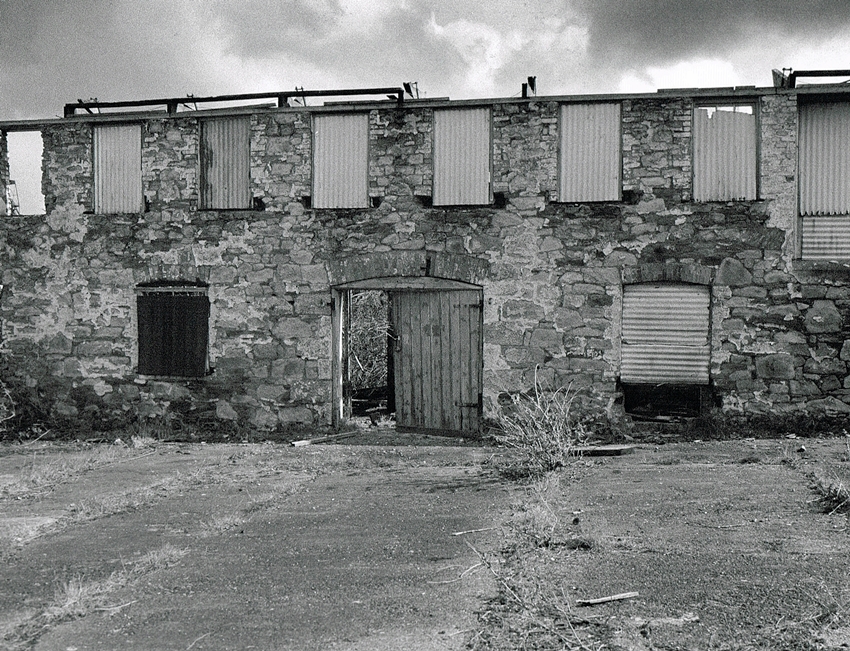 Bickfords Fuse Works 16: The front of one of the storage warehouses on the site. Bickfords Fuse Works 17: Another image of the same building from a wider perspective. It was heartbreaking to see such important structures in this condition. 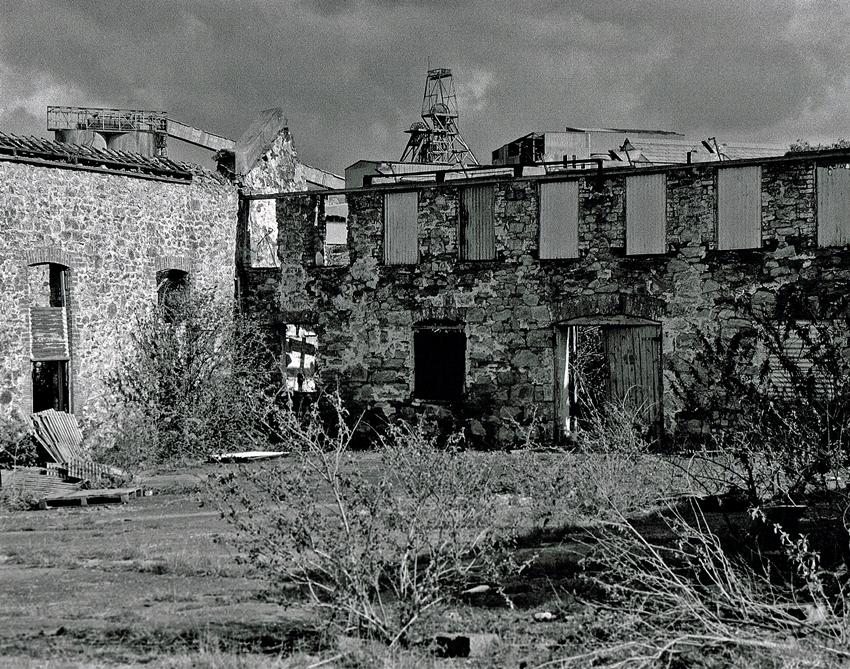 Bickfords Fuse Works 19: A final image of the warehouses on the site. The headframe and processing sheds of South Crofty Mine can be seen above the roof line.

As far as I am aware the site is destined for redevelopment. I believe the frontage of the factory is preserved and needs to be incorporated into any new building.