This is a page I never thought I would never have to write, Nick was my friend. It’s only now that I realise after so many years of friendship, how much he meant to me. He was an easy man to love, always there for a chat, a catch up or laughter when he sent me some strange emails. He was an amazing man, father of 7, recently a Grandfather, a gifted photographer and a accomplished Mining Geologist, it was a privilege to have known him.
I first met Nick in late 1994 when I was introduced to the Geology Department of South Crofty Mine, which he later told me were the best years of his life.

I usually went underground with Nick or John Usoro, I always repaid their valuable time with bottles of alcohol, it wasn’t my fault I didn’t realise that John didn’t drink. I often wonder what he did with the bottles I gave him, I knew exactly what Nick did with his.

I enjoyed going down with both of them, but I always had such a laugh with Nick, he lived for the moment and enjoyed taking me to parts of the mine that were usually off limits. One occasion I remember was when he took me to Roskear Shaft 2000ft level, he wanted to check a stope and I wanted to take some pictures. We arranged to meet back in 30 mins, he toddled off happily and I wandered into the Dolcoath workings. I was in heaven I raced down the passage and got the cameras out, 40 minutes later I guessed I better get back. I arrived he was not there, so I went up one way, unknown to me Nick was coming the other way. We must have gone around in circles for another 15-20 mins. He finally saw my light and shouted at me, he thought he had lost me and have to return for help, I was not his favourite person at that point but we could not stop laughing. 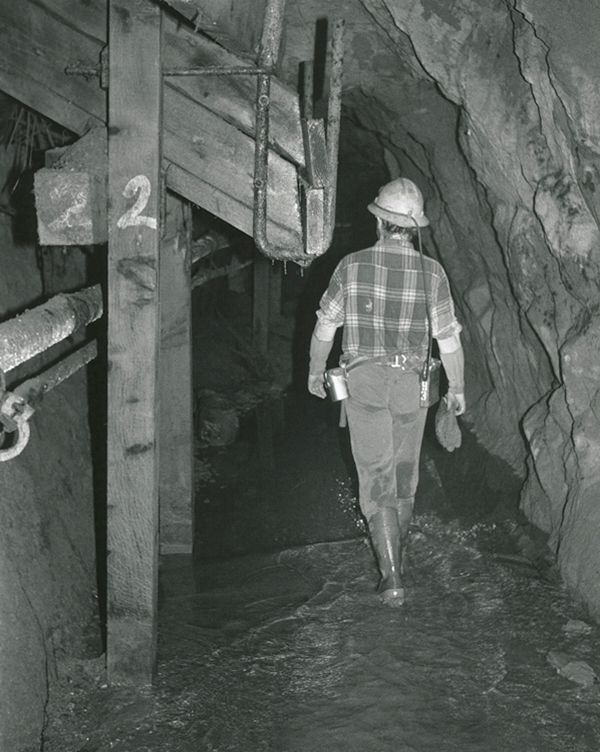 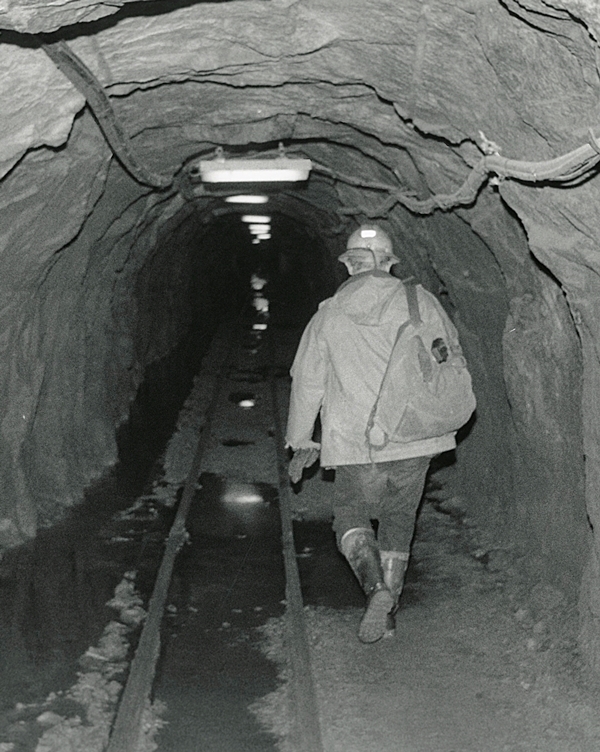 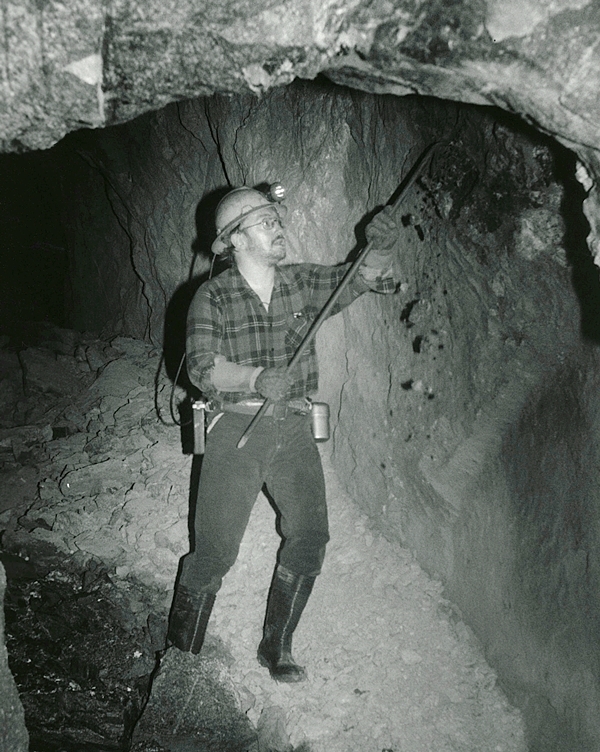 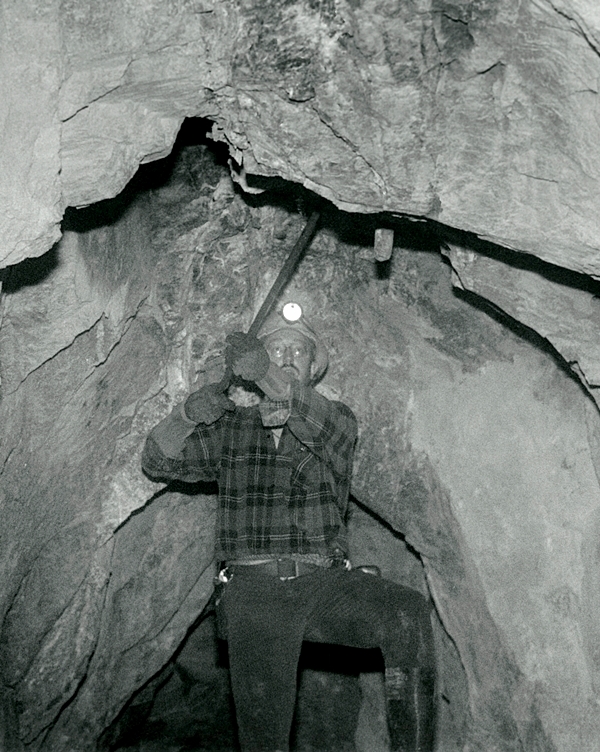 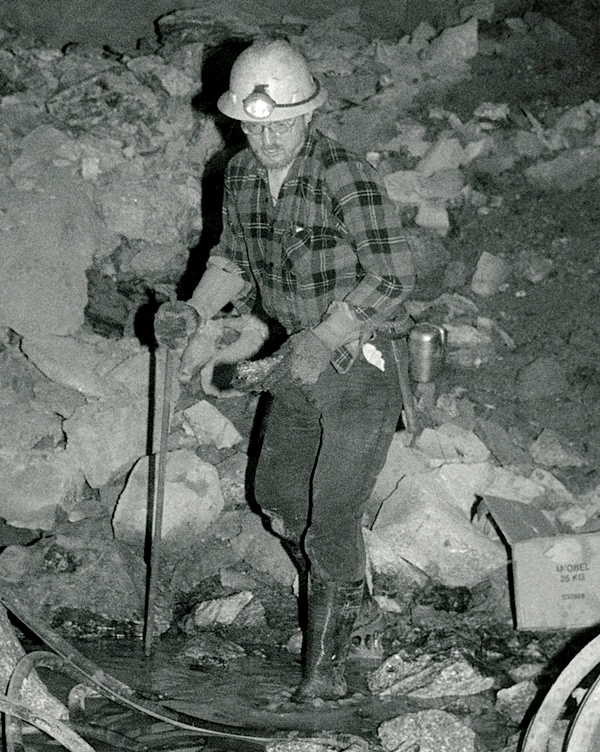 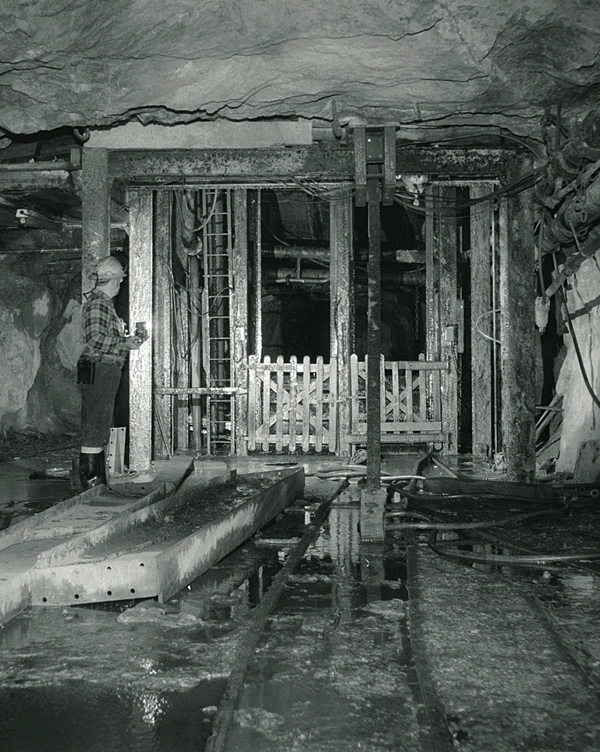 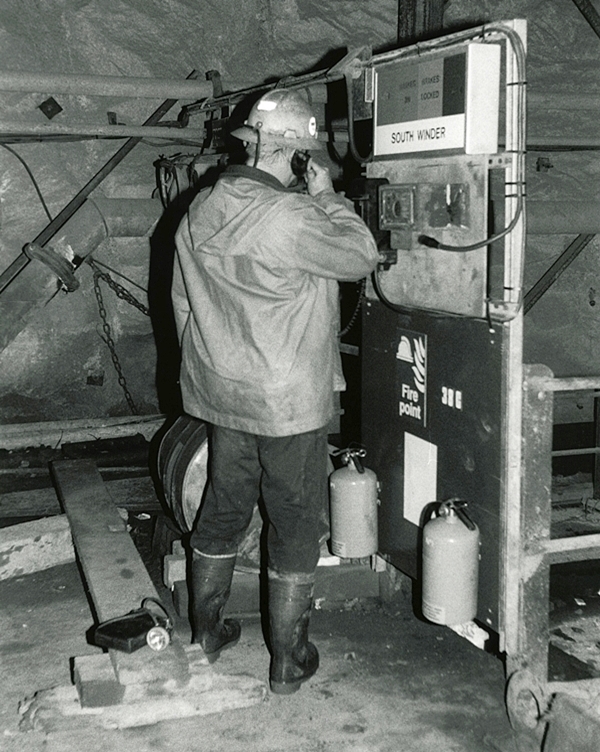 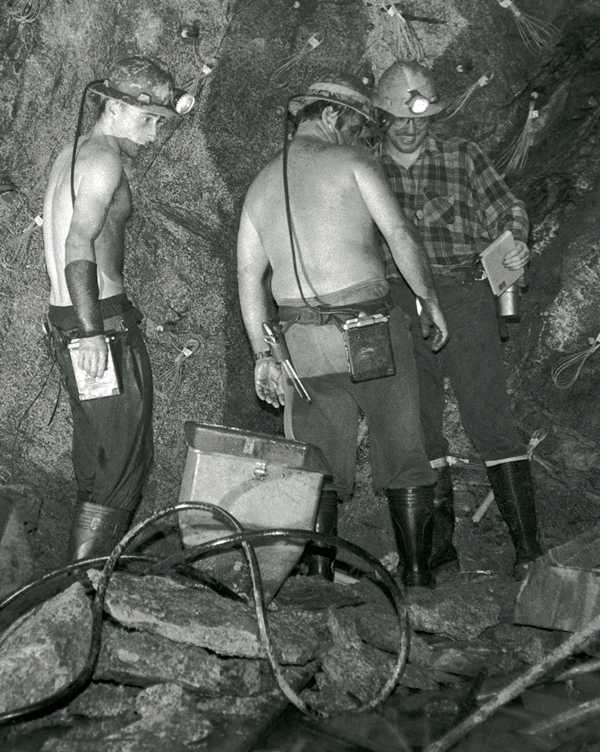 He was always so upset that I had pictures of his back most the time, whereas when underground with John I managed to get his face more often. What he did not realise was that he moved so quick, his back was all I could see. He was amazingly fit and always beat me up the 1 in 4 incline.

After South Crofty had closed we spoke about doing a book together, we came up with a name; “From Core to Concentrate”. Sadly that never happened, his PHD thesis had to take priority and he worked his heart out with it. Finally he got his PHD and produced a thesis that was his life’s work.

Over the coming years we always kept in touch, he supplied me with information for the website and I would pop in unannounced and drink his coffee and watch videos of Marillion in concert, a passion for Rock Music we both shared.
He travelled around the world going to places I could only dream off, once whilst in British Columbia he spoke of a bear that had chased him when he left the confines of the camp, he loved going to Canada, Niagara Falls was one of his special places to be.

I was as jealous as hell when he got to Iceland and saw the Northern lights.

We argued often about the virtues of Digital against film, he would call me a Luddite, I called him a lazy git. However he produced some amazing images on the cameras he loved, but he could not disagree that sometimes film was better (But not often). 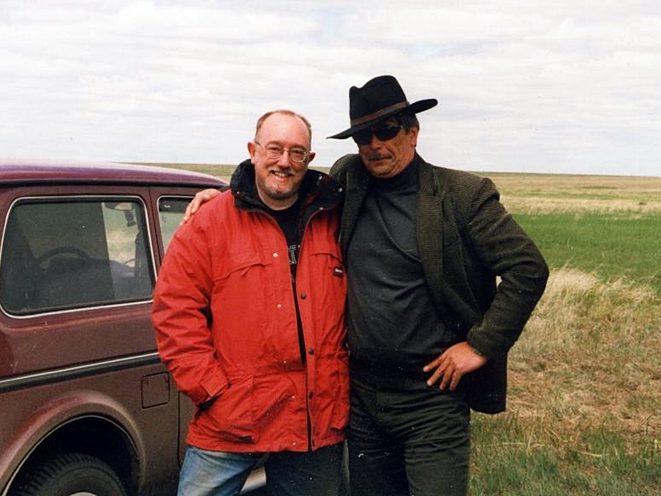 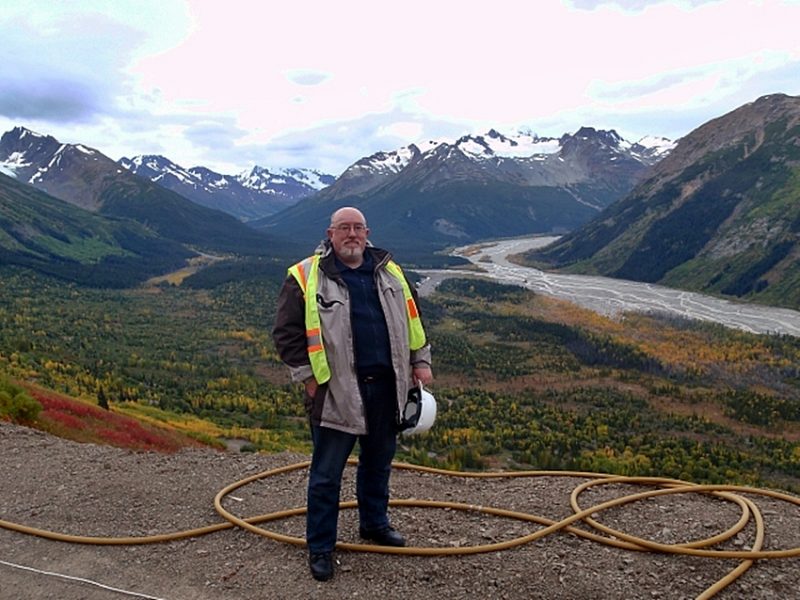 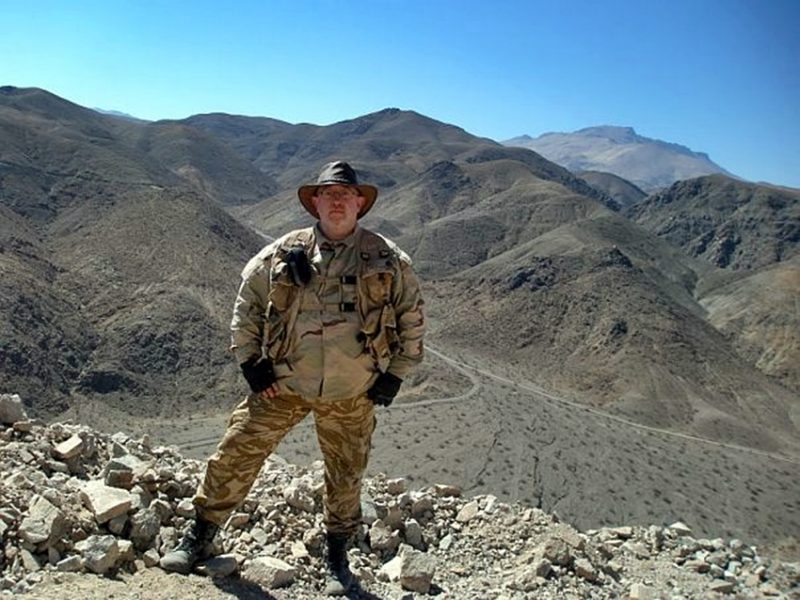 He was a proud man, he loved Cornwall and he loved his family, his children and grand children meant the world to him. His passions for: Photography, Mining, Cornwall, Rock Music, Beer and his family were transparent to anyone that knew him.
He attended my talk for the Trevithick Society in April last year (2017) and I was so pleased to see him there, he later told Tracy (My Fiancé) that he would not have missed it for the world. 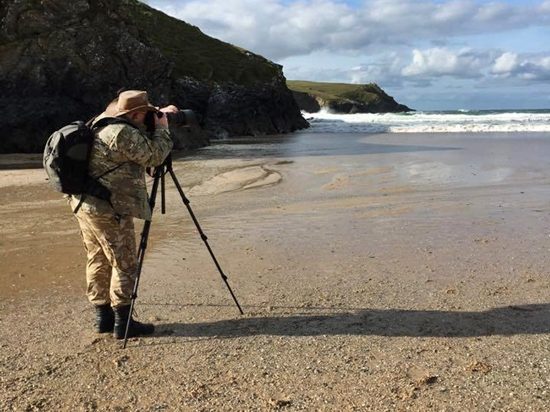 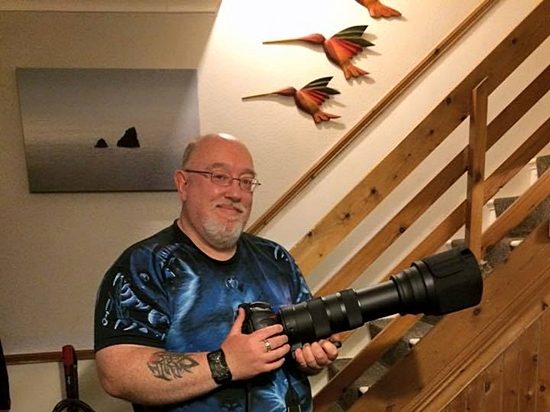 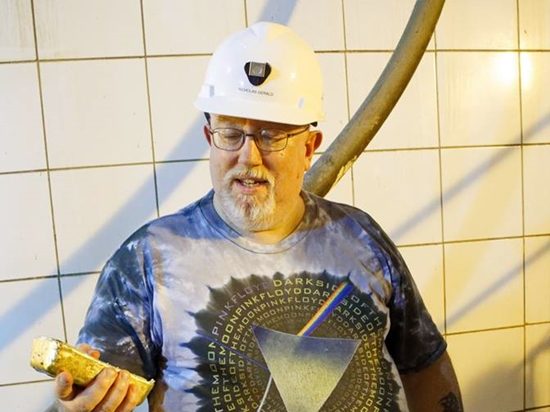 I could go on for ages about Nick Le Boutillier, he was one of a kind, but this is for his family, his children and everyone that knew him. They just don’t make them like that anymore.

RIP Dr Nick Le Boutillier you were and will always be a friend.

The backing music on this page is sung by Fish titled “The Company”, it is published here with his permission.
Credit to Alfred Wayne Johnson and Rickie Lee Jones.
Nick always liked Fish, I hope he is smiling at this one.