South Crofty Mine Underground Home: I count myself extremely fortunate to have had the opportunity to visit the working South Crofty Mine during a period from 1993-1998. I must thank all the members of the Geology Department and mine management. To this day I will never understand why I was accepted there, maybe it was the way I tried to stay in the background and not waste their time.

Special thanks go to: Mark Owen (Chief Geologist) Nick Le Boutillier and John Usoro for putting up with me on so many occasions. Thanks also go to Andy Seager who put me up on one of my week long excursions where I visited the mine every day. This was usually with a hangover after playing silly drinking games the night before. 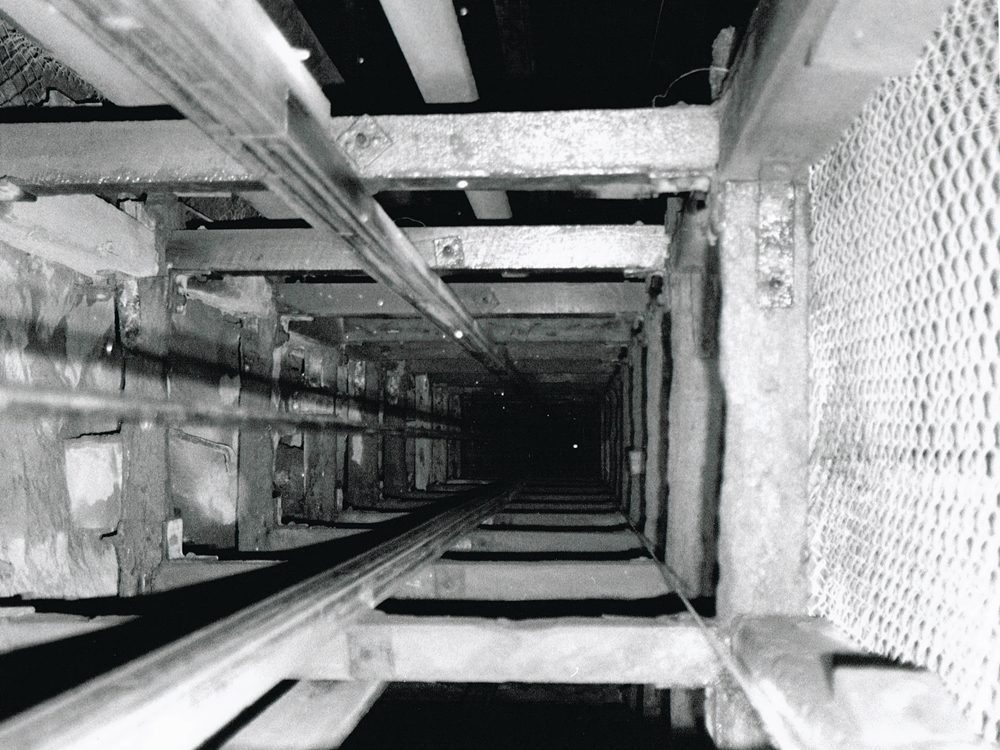 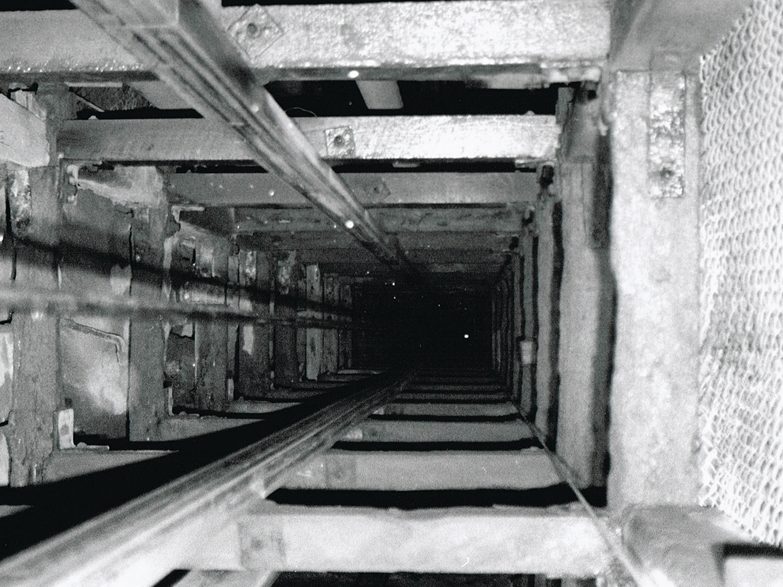 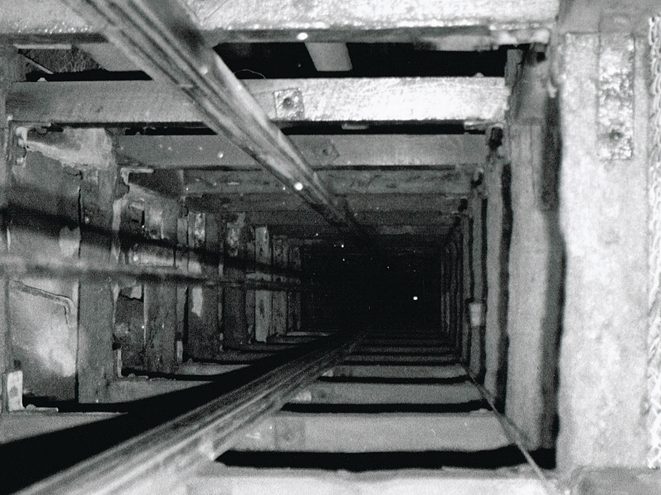 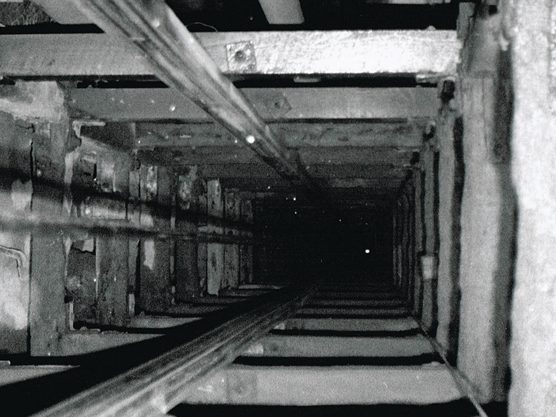 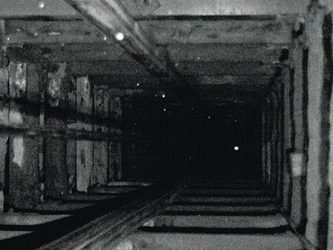 Photography down the mine was hugely difficult, with temperatures over 100 degrees with humidity usually over 95%. Keeping the lenses fog free was a constant nightmare, often trying to use damp muddy cloths to wipe the glass. I remember on one visit I was taken to some of the deepest (3000ft) and hottest parts of the mine. The conditions here were so extreme the emulsion on my film partially melted.

My main enemy during my trips underground, was time. The guys would take me down while they were working. I was always careful to stay out of their way and not hold them up. The missed opportunities for photographs was endless, as I had very little time to set up multiple flash or tripod shots. I was taken to parts of the mine that were off limits to others and rarely visited.

Each visit was an adventure, with time that was precious, I miss it very much.

Whenever possible I would grab some samples to take home.

A sample of tin-bearing lode material from South Crofty Mine Underground, Roskear No:1 North Lode, 360fm. The sample shows a typical composite vein structure and is composed of three easily identifiable segments. At the base is a segment of prussian blue tourmaline breccia. A breccia, in this case a hydrothermal breccia, is composed of fragments. These are blasted apart under very high pressure and resealed by fresh tourmaline coming out of solution. Also present are minor amounts of quartz and cassiterite.

Cassiterite, which is pale brown, tin dioxide, the main ore of tin. This forms the segment above, which is also brecciated. Quartz (white) forms the bulk of the sample, but also shows a number of partings infilled with both tourmaline and cassiterite. This indicates the lode was reactivated a number of times after the main tin-bearing segment was deposited. Occuring before cooling temperatures and loss of pressure stopped further pulses of mineralisation.

Green fluorite (Calcium Fluoride) from Reeve’s Lode, 400fm level, North Pool Zone, South Crofty Mine. Reeve’s Lode is a major caunter lode. Trending roughly E-W in the Camborne-Redruth District. It is known from a number of mines, sometimes under different names. It cuts the earlier ‘right running’ lodes, also tending to have a lower temperature assemblage of minerals. In its upper levels, close to surface, it was incredibly rich in secondary copper ores. It was worked from the early 18th Century in the Pool Adit.

In North Roskear Mine it was very rich in copper and zinc (not exploited) down to around the 200fm level where it became sub-economic. In South Crofty it was seen in the east of the mine (below East Pool & Agar mines) and was composed predominantly of fluorite of a variety of colours. The 400fm exposure was the lowest seen in the mine and composed of brilliant deep green and white fluorite.