South Crofty Mine Surface Galleries: South Crofty Mine had a long and distinguished career. When the mine closed in 1998 there had been nearly 400 years of almost continuous mining, this resulted in a property that was over 4.5km in length, over 3000ft deep with nearly 400 miles of passage. 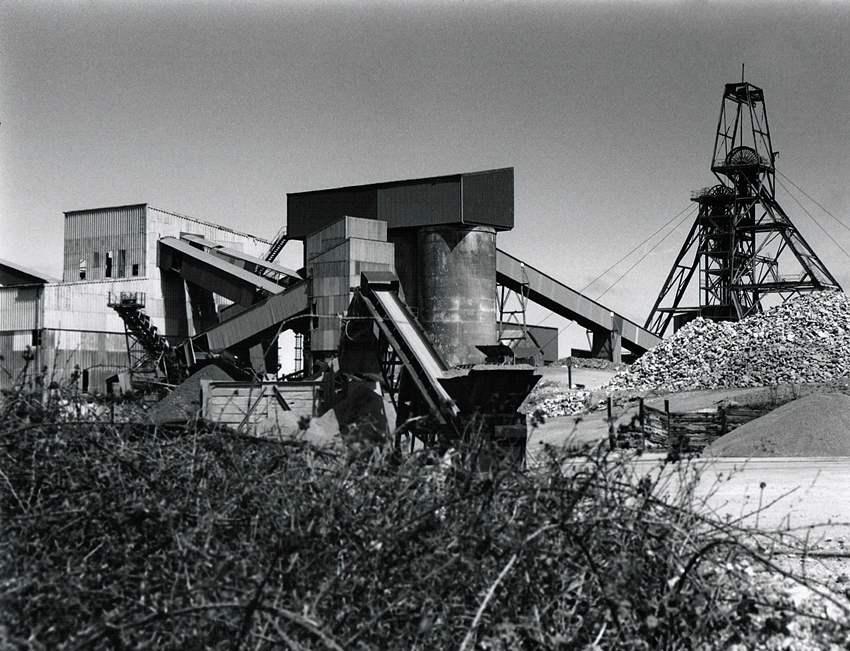 South Crofty Mine Surface Galleries 1 – The headframe and mill buildings, this was taken in 1997/8 when the mine was still operating.

The earliest reference to mining on the site dates back to the late 1500’s, when a Mine known as Penhellick Vean was producing quantities of Copper from shallow workings. As with most Cornish Mines over the years there were ebbs and flows in the industry, however the mine survived and started to expand swallowing up neighbouring concerns as it went. By 1854 the mine was known as South Wheal Crofty, it was producing both Tin from shallow and Copper from deeper workings. By the late 19th Century the Copper had been mined out but valuable Tin deposits had been found at depth, this secured the mines future. In 1906 a new company South Crofty Mine Ltd was formed, this continued to grow by buying adjacent mines that had been closed, the largest of these was the Dolcoath Sett. The remains at Robinson’s Shaft dated back to 1901, these remained in use until the mid 1990’s.South Crofty Mine Surface Galleries
The site around New Cooks Kitchen Shaft was commenced in 1907 and was the mine’s primary shaft for the last years of operation. South Crofty Mine Surface Galleries 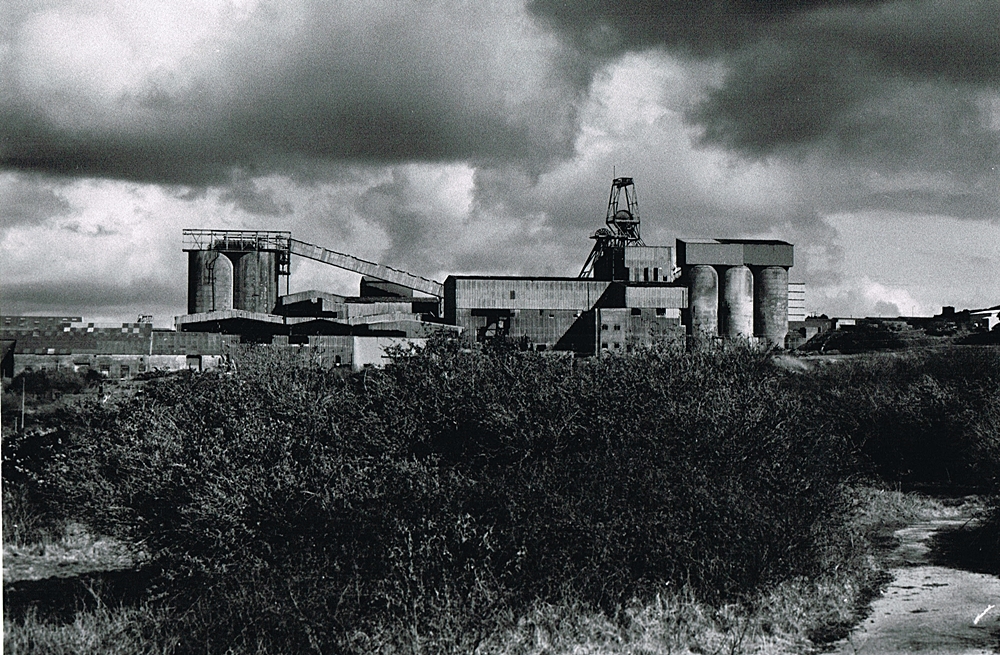 In 2001 the mine and assets were purchased by Baseresult Ltd who planned to explore the sett with extensive diamond drilling and development above adit, gaining access from the Tuckingmill Decline. With favourable results from diamond drilling, a new company was formed in 2007 called Western United Mines Ltd with a vision to bring back metal production to Cornwall. Today the exploration is still going strong, a large amount of underground work has been completed and substantial backing has been received for the recommencement of mining production.

Sadly in June 2013 the mine went into Administration, the mill site and many remains has now been demolished, the headframe has been restored and still stands proud.

What chance of South Crofty ever working again, well we can all hope.
Last year 2017 has brought new hope to the old Bal, Strongbow Exploration have purchased the South Crofty site. Currently in 2018 a water treatment plant is being built with a proposal to drain the mine for a feasibility study of the deep levels. Just how much is left down there is open to speculation, but it would be grand to see the wheels turning again and the mine come back to life. Good luck to all involved.