South Crofty Mine 2011, on a trip to Cornwall in September I was again allowed access to the mine workings. My thanks go to Allan Reynolds and the mine management for giving me the opportunity to get underground there again, and to Chris who took us down.
The mine is still in a stage of preparation for the re-commencement of production, the upper levels have been increased in size to accommodate the large vehicles in use. Diamond drilling is now a 24 hour operation as efforts are made to find new ore reserves to add to those currently known.
I took two cameras underground, the one I used the most had a fault and I was rewarded with two blank films. Also the flash guns I was using were unreliable with low light output. It was my fault entirely as I had not taken any underground pictures for quite a few years, the equipment has now been replaced ready for the next time.
In the images below I have tried to show the size of the passages and the scoop tram in use. 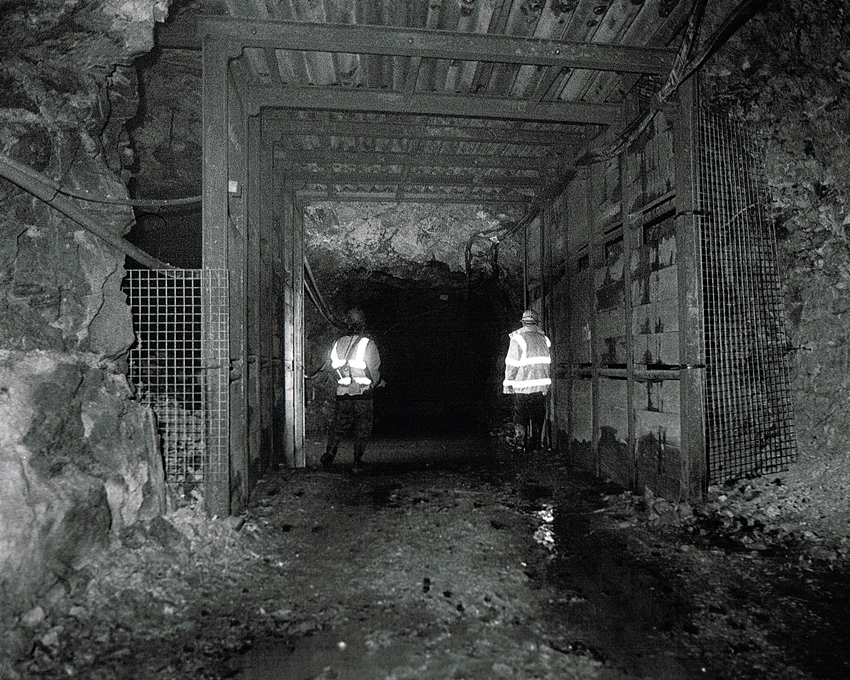 The first image on South Crofty Mine 2011, this shows a heavily reinforced area of passageway, it was great to enter the workings again. 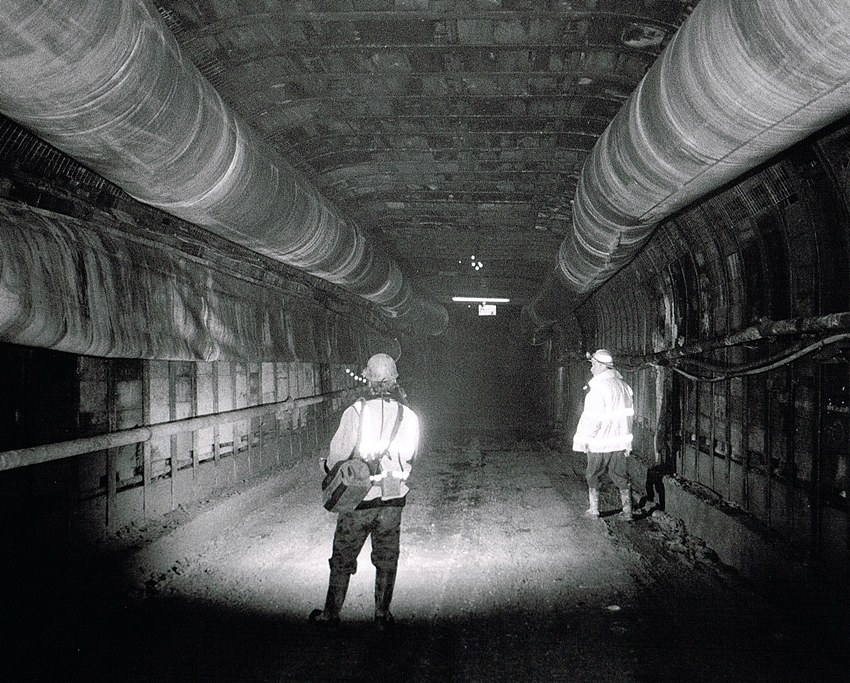 The ducting on the roof carry the fresh air from the ventilation fans to the working faces. The roof at this point is very unstable, hence the wire covering and the extensive arching. 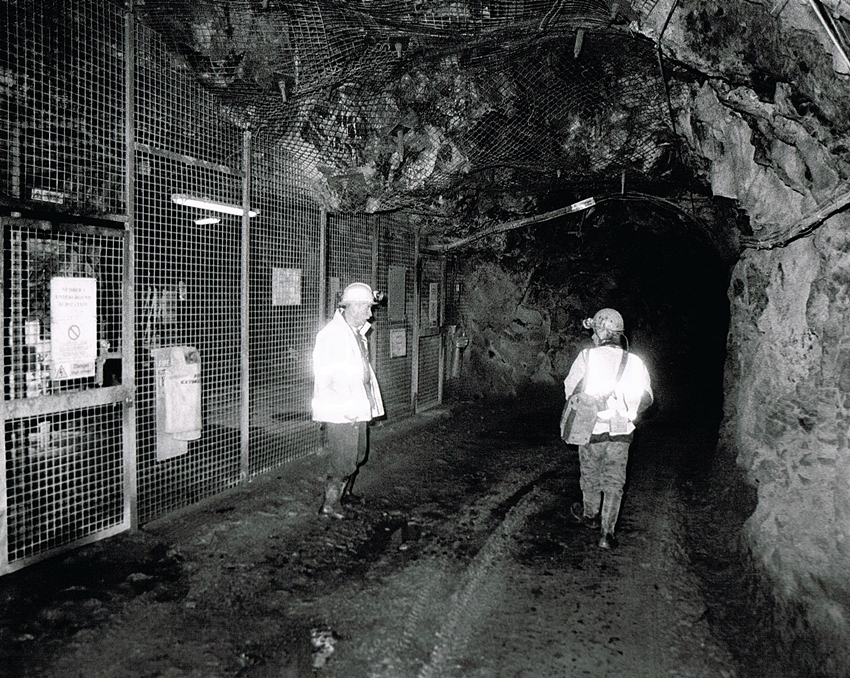 Walking past one of the underground electricity sub-stations. This is the distribution area for the ventilation fans which keep the air in the mine fresh. 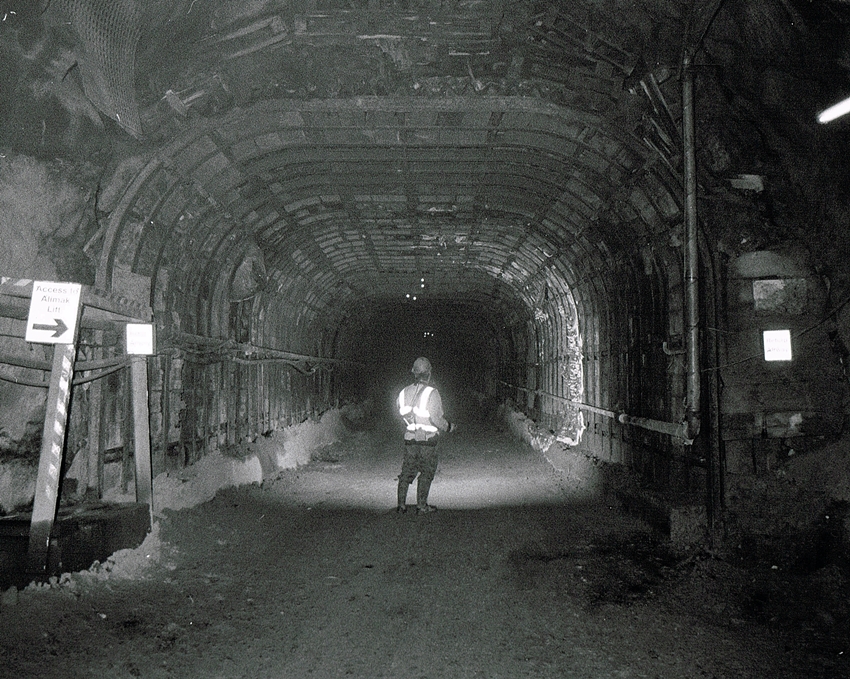 A really “BIG” passage in South Crofty Mine. 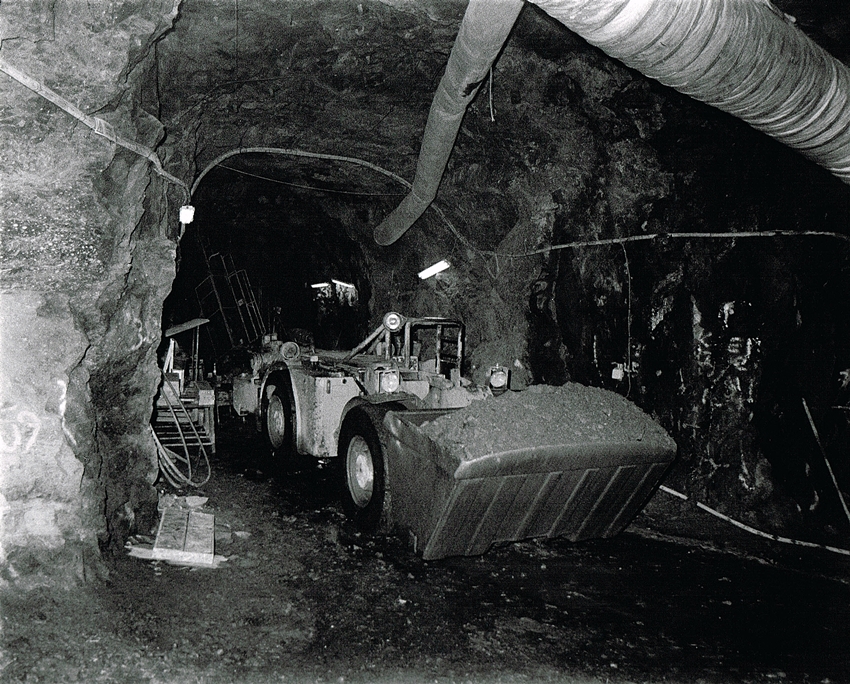 The impressive Scoop Tram, backed into the diamond drilling bay. 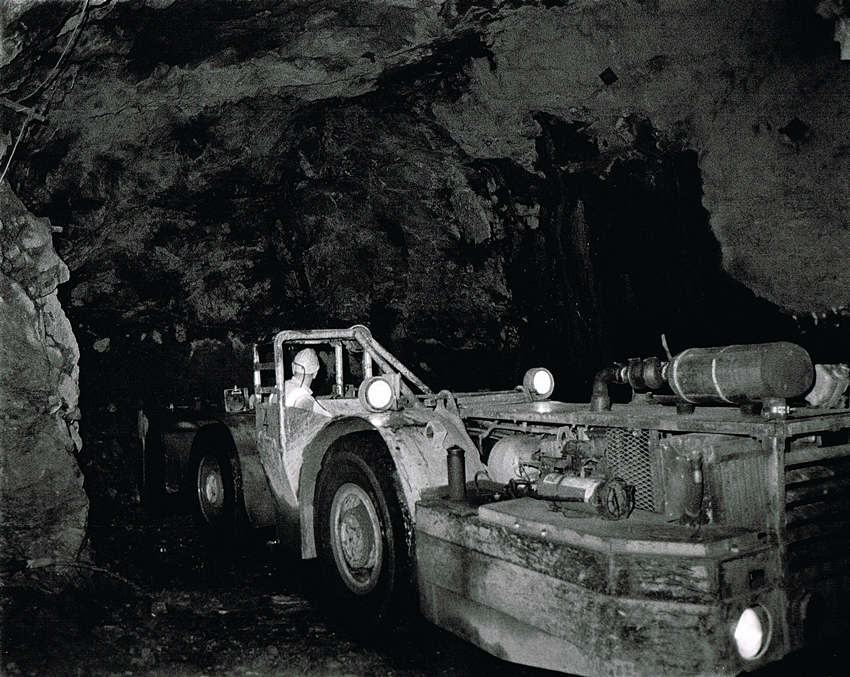 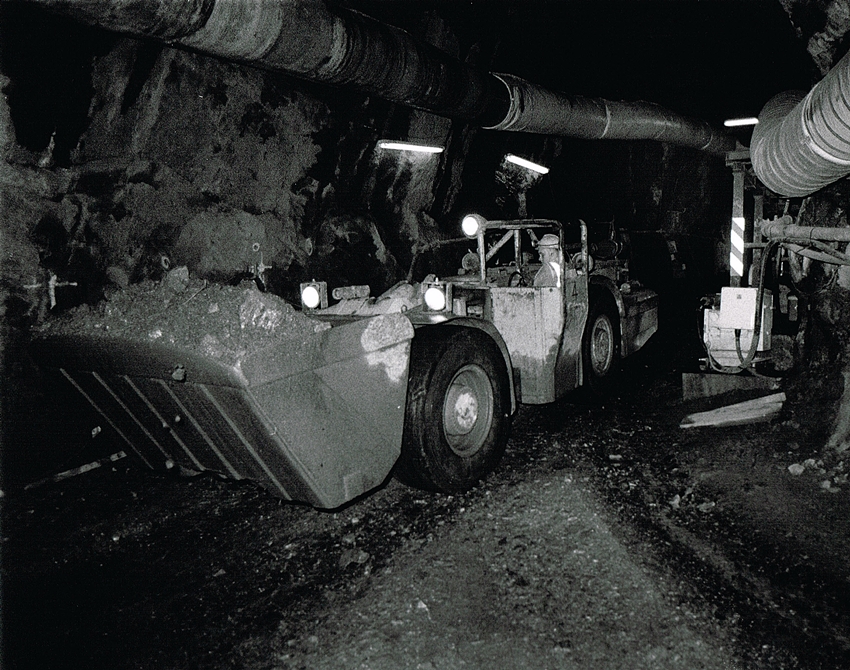 The Scoop Tram with a full load. 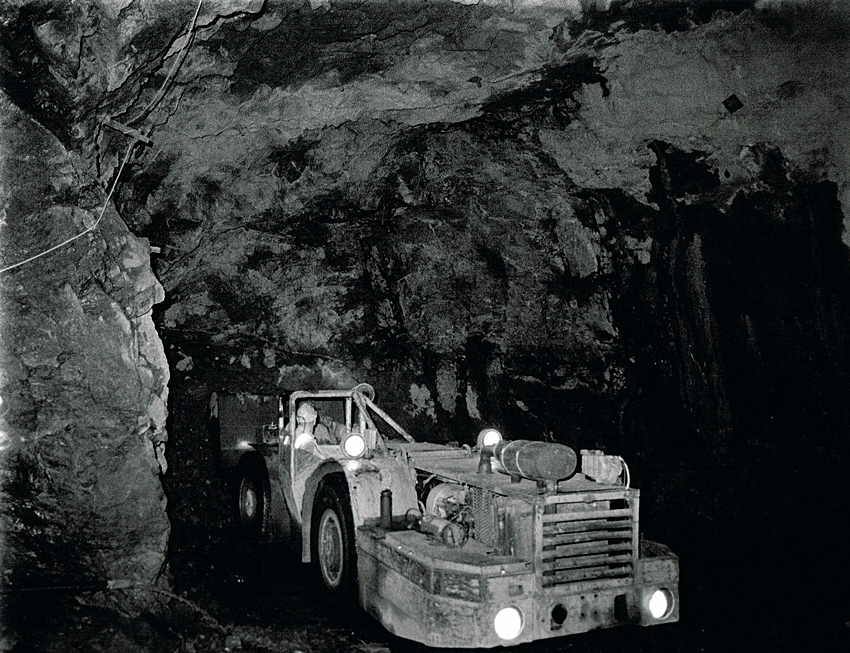 This is a guy who loves his work. 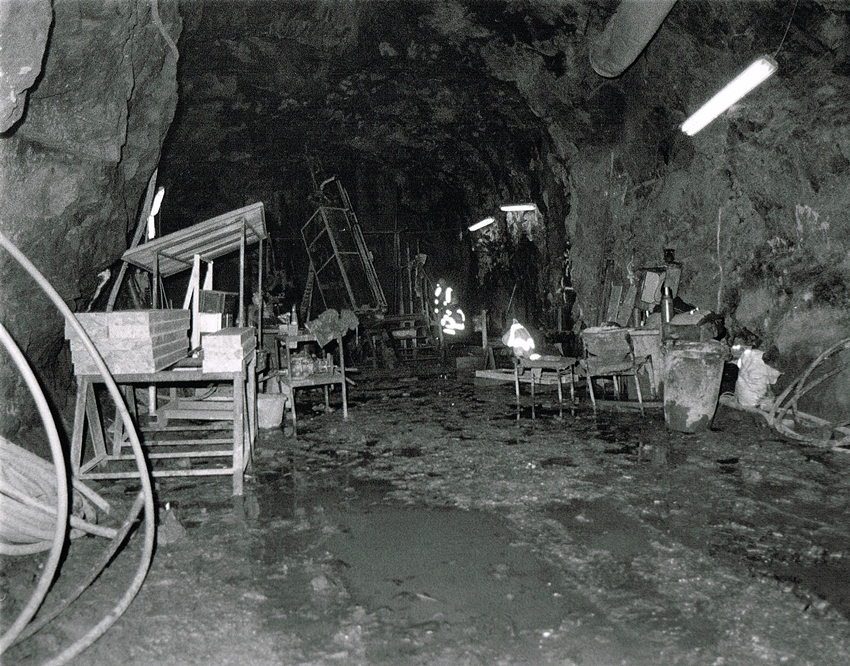 The diamond drilling bay on the new decline. 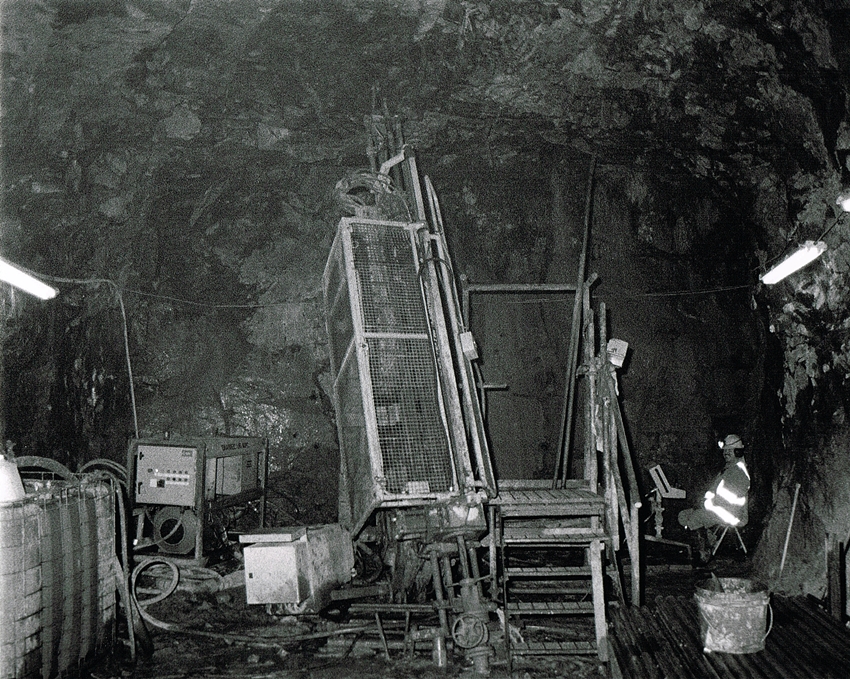 The final image on South Crofty Mine 2011, a closer view of the Diamond Drilling Rig.