Wheal Concord Mine is a small site located close to Blackwater, currently the site is occupied by “Cornish Firewood”.
Mining here like many parts of Cornwall was on a limited scale, there were two mines in the immediate area: Wheal Concord and Wheal Briton, these were amalgamated in 1810 when they reopened as a single entity. The mine again closed during the 1860’s.

The present day wooden head frame dates from 1980 when the mine was reopened. Before being relocated it was used at Nangiles Mine in Twelveheads by Wheal Jane. Wheal Concord Mine was a small operation as the site had been for most of its life, however it was considered to be a viable proposal. The mine worked for two years, then closed again due to lack of £4 million investment for the purchase of mill equipment and further exploration. During these short years the mine produced 21,000 Tonnes of mixed ore that was sold to Wheal Jane for processing.

It was a great little site and I wish I had taken more photographs there, As is often the case things change very quickly. Since the 1990’s when I first visited, the site has been cleared. The headframe still survives and is a local landmark. 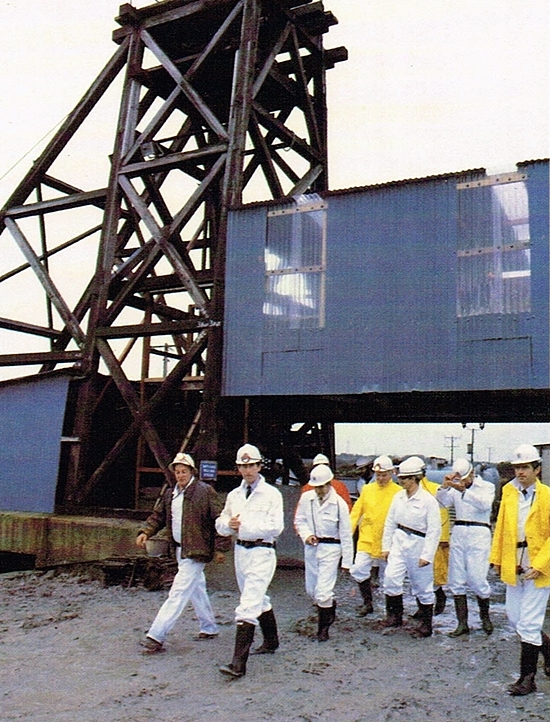 Wheal Concord Mine.1 -Prince Charles visiting the site in 1981. The image is scanned from a postcard. 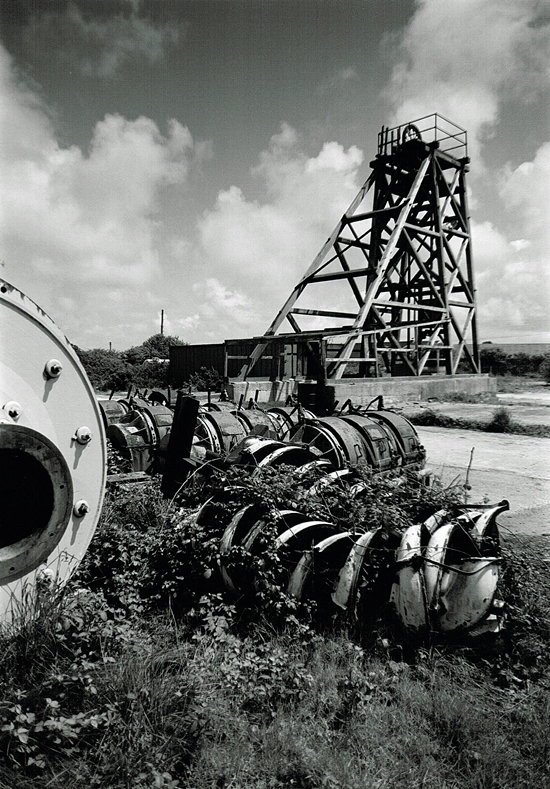 Wheal Concord Mine.2 -One of the Mine’s Ball Mills in the foreground with underground ventilation ducting. 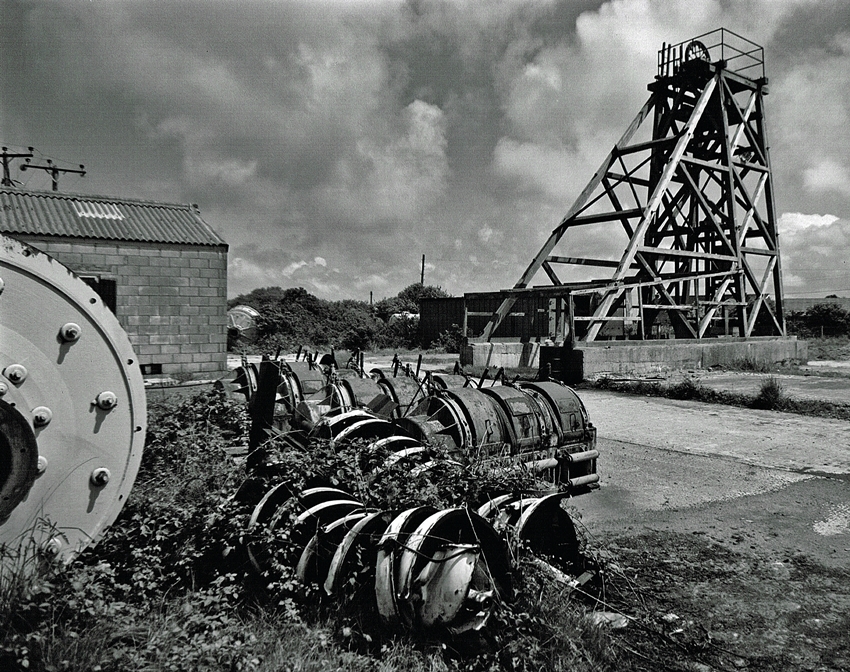 Wheal Concord Mine.3 -A wide view of the site, a ball mill is on the left of the image. Behind that is the small winder house for the mine. When I first saw it the building was stacked full of old paperwork. 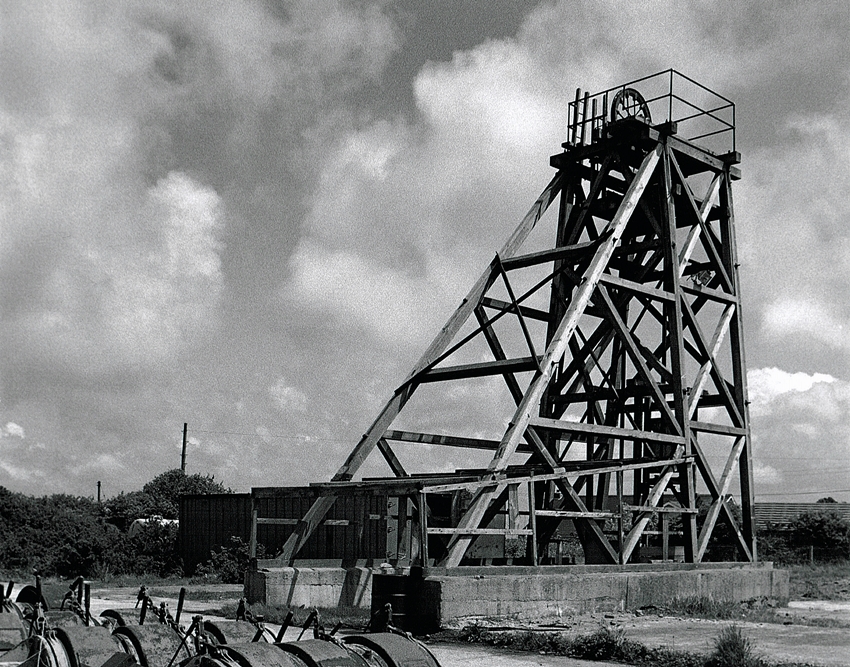 Wheal Concord Mine.4 -A closer view of the headframe, I believe this is the last original timber one remaining. Wethered Shaft at Geevor had a timber headframe but this was blown down in high winds and subsequently repaired. 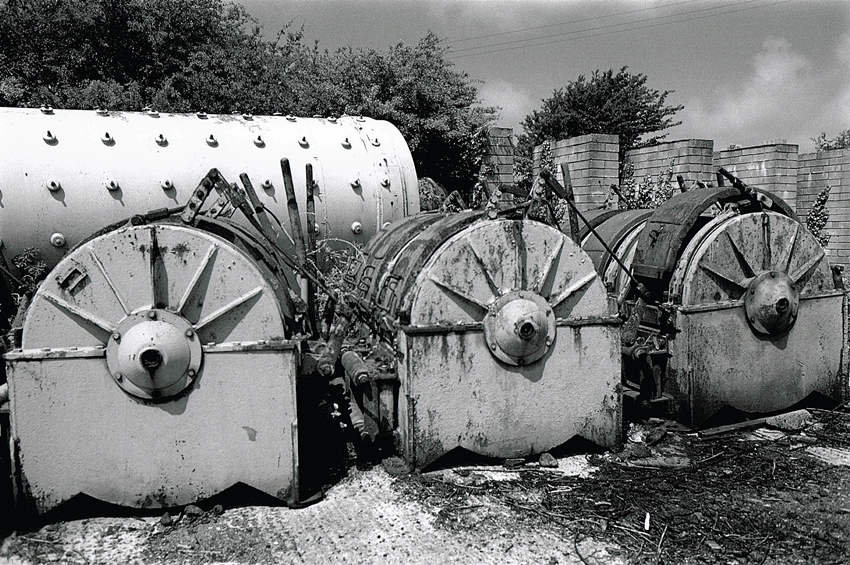 The equipment in this image of Wheal Concord comprise of: underground slasher winches. These were used to drag broken ore down the stopes to ore chutes. A ball or rod mill and some rather weather worn and part disintegrated spiral concentrators.
(Thanks to Mark Wolle for the information) 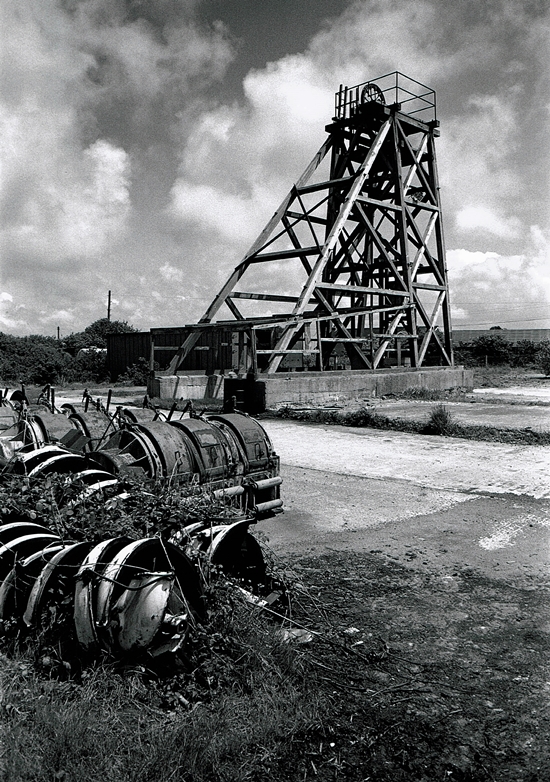 Wheal Concord Mine.6 – A final image of this amazing little site. It was a very interesting place to explore.

The mine was very rich in Zinc, I remember a pile of ore out the back of the site, I did mange to get a lovely sample.