My second tour of the Wheal Jane Mine Mill was arranged just before South Crofty Mine closed. I had desperately wanted to get back there and record whatever I could on film before it was closed down. Seeing the various processes and what happened to the ore was very interesting. The noise in the primary crusher was extraordinary, I wish I had taken more notes on the various stages. 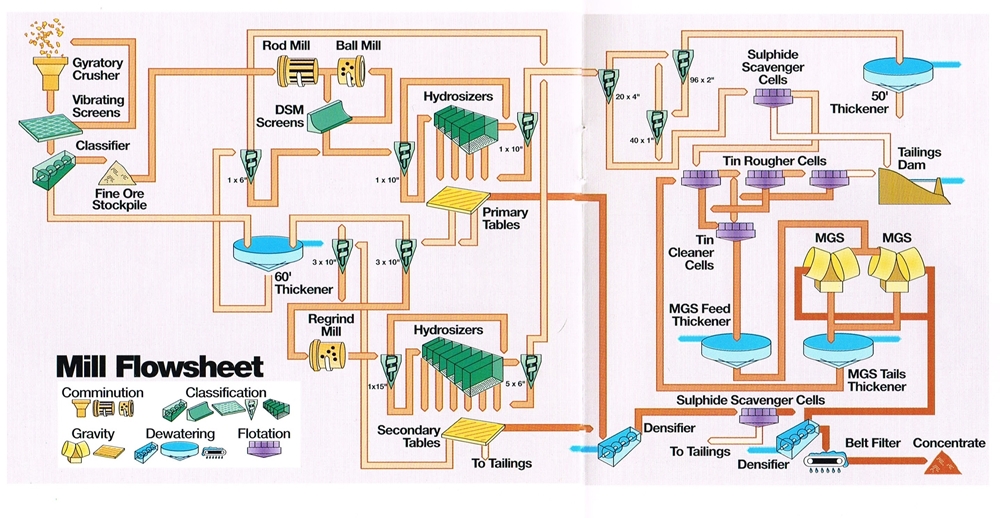 Wheal Jane Mine Mill 1: This is the flow chart for the Processing plant.

Due to the nature of the Wheal Jane ores were an issue for the normal “gravity” processing techniques. The large mix of different minerals, the fine grain of the Tin bearing mineral and a high proportion of heavy sulphide minerals meant that traditional separation processes could not be used. The method of recovery used was called “froth flotation”. 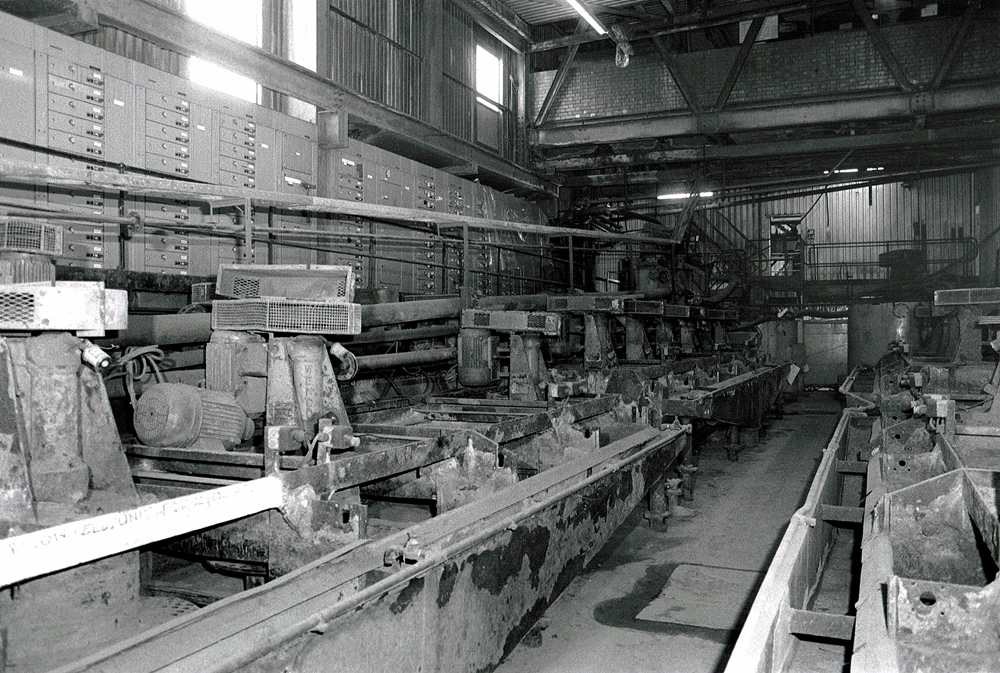 Wheal Jane Mine Mill 2: This image shows the Froth Flotation Cells in the mill area.
These are Sulphide scavenger cells closest then roughers and cleaners. Some out of shot by a device called a column, not in circuit. We used a curious device called a peristaltic pump. Very similar to a blood transfusion pump, basically the same 450cc, divided over the cells being typical,. Other stuff sodium silicate flourate, for suppressor of high calcium in feed. Along with copper sulphate to aid float of sulphides in the scavenger cells. (Courtesy Arlo Ian Smith)

This employs the use of various chemicals to separate the tiny particles of valuable minerals from the mix, this was the first use of this technique on a commercial scale. Considerable investment in the 1980’s meant that the mill was a state of the art installation.

Wheal Jane Mine Mill started to process South Crofty ore in 1988 because their own mill closed in order to cut costs after the Tin Price Crash in 1985. The plant at Wheal Jane continued to grow and develop. By the time the facility closed the Tin recovery from the South Crofty Ore was 88%, creating a concentrate grade of 59%. Finally these figures suggested the mill was the most efficient in Europe.