Parkandillick Engine House: I was very fortunate to have a tour with Tracy in 2016. It is a wonderful place oozing with atmosphere we had a great time, thanks to Matt Cheeseman for taking the time out to show us around. 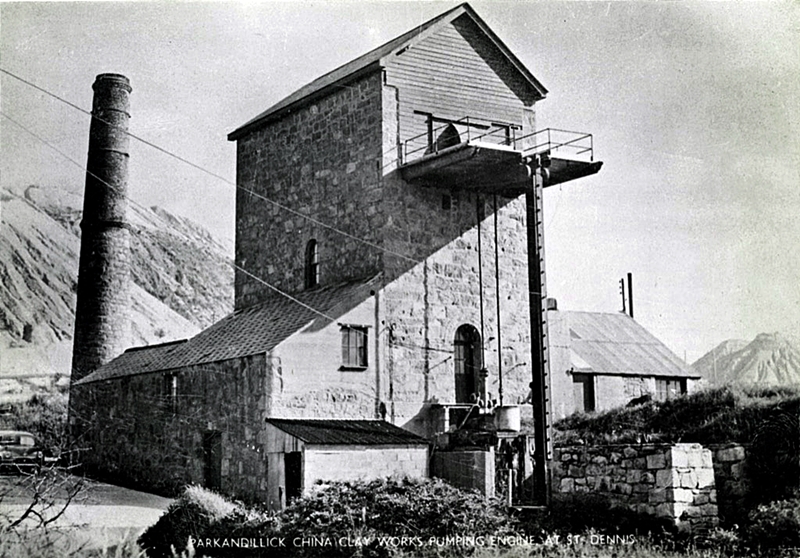 An image of Parkandillick Engine House taken in the 1930’s.
Image used here by permission: Mac Waters as featured on www.cornishmemory.com

The historical information here and on the following pages has been used with the permission of The Trevithick Society.

The Parkandillick Cornish Engine is a typical medium-sized Cornish beam engine. It was employed here until 1953, pumping slurry from the china clay pit up to the mica drags or settling tanks, near the road above the engine. Like other Cornish engines in ‘the Clay’ it worked first at a tin mine before being moved to Parkandillick in 1912.

The engine was built in 1852 by Sandys, Vivian of Copperhouse Foundry, Hayle, for Wheal Kitty mine at St. Agnes where it stood on Old Sump Shaft. It has a 50” diameter cylinder and a beam of unequal length giving strokes of 10’ for the piston and 9’ for the pump. This latter was a 17” diameter plunger situated 240’down the shaft in front of the engine, at the end of the wooden pump rod. Slurry from the pit gravitated to the pump via an inclined tunnel. 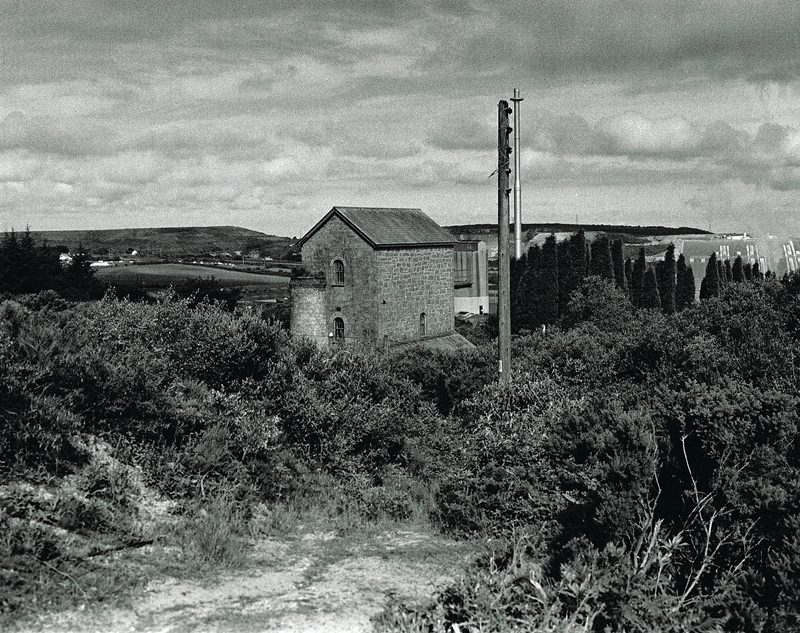 The first view I had of Parkandillick Engine House. 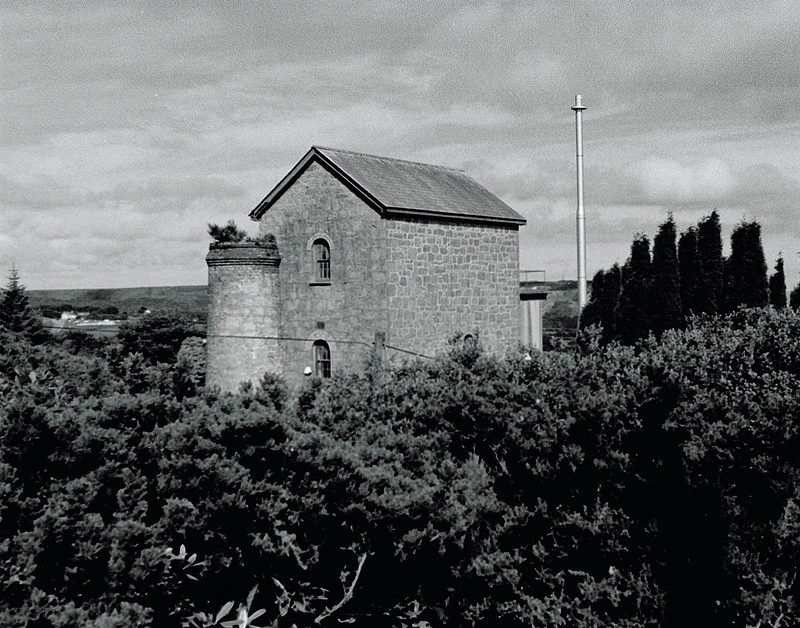 A closer view of Parkandillick Engine House, the stack was reduced in height soon after the engine was retired. In the background is the chimney of Imerys Calciner. The house is on private property and should not be approached. 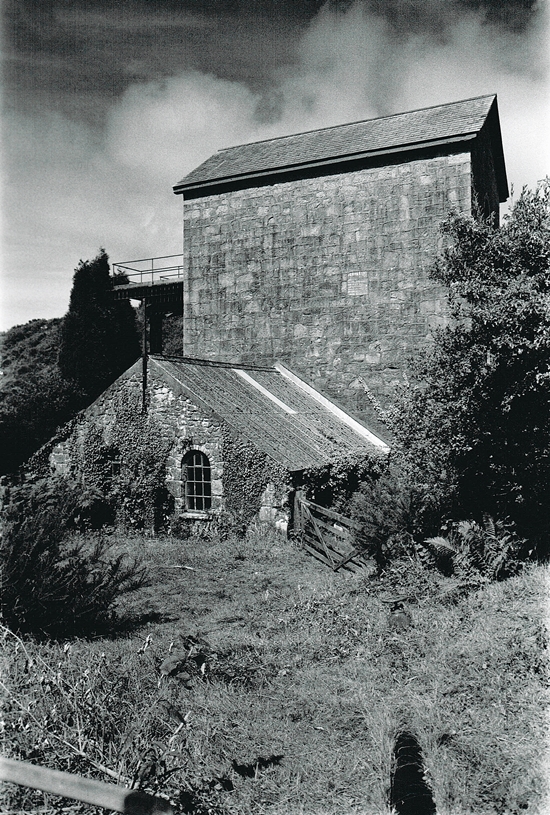 A view of view of the engine house from the other side. The attached building closer to the camera contains a twin drum pit winder, which was used to haul waste form the pit. A wider view of the engine house. In the foreground are tanks used in the treatment process. The house still retains its pump rod and the bob platform. 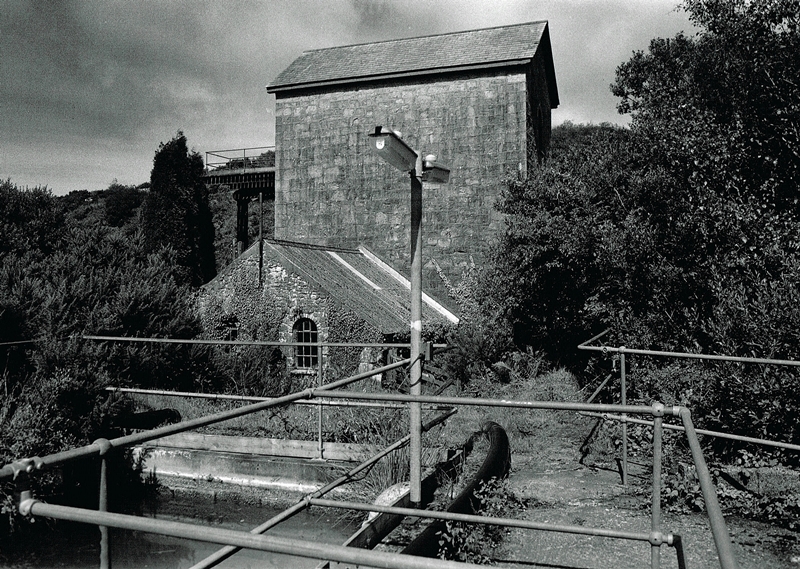 A final image of the outside of the Parkandillick Engine House.