Tresavean Mine is located south of the A393 on Lanner Moor. Formally known as one of Cornwall’s leading Copper Mines, it worked from 1815-1928. The mine produced a vast total of 230,000 tons Copper and 4,000 tons of Tin. In the final years it was open the workings reached a depth of 443 fathoms which made it the second deepest mine in Cornwall behind Dolcoath. 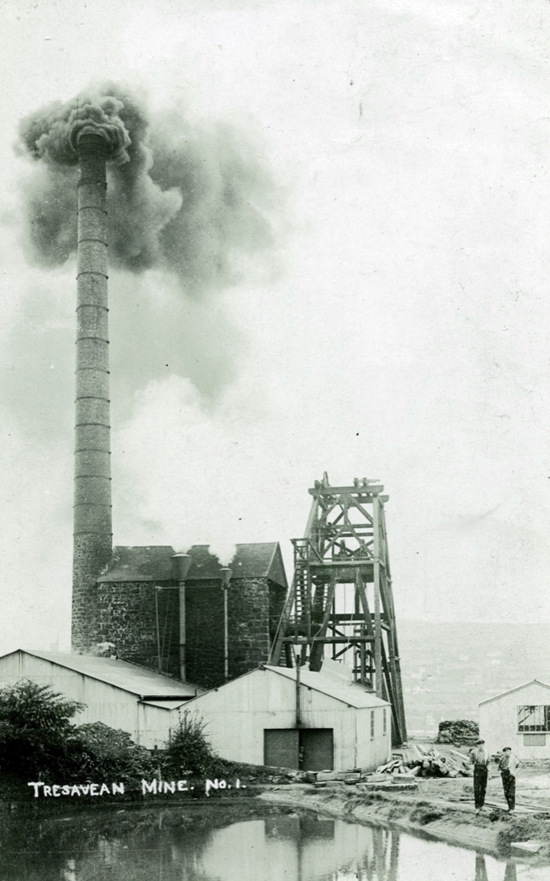 Tresavean Mine.1 – This image is from 1920 during the last period of working.  This is Harvey’s Shaft Engine House (now demolished) it was the deepest shaft on the mine and held a 90″Pumping Engine, the chimney was extended to 150ft.
Image used here by permission: Mac Waters as featured on www.cornishmemory.com

The mine was known as being very hot in the deep levels, because of this it was the site of the first Man Engine installed in Britain to get the miners to the working levels, the shaft can still be seen today. 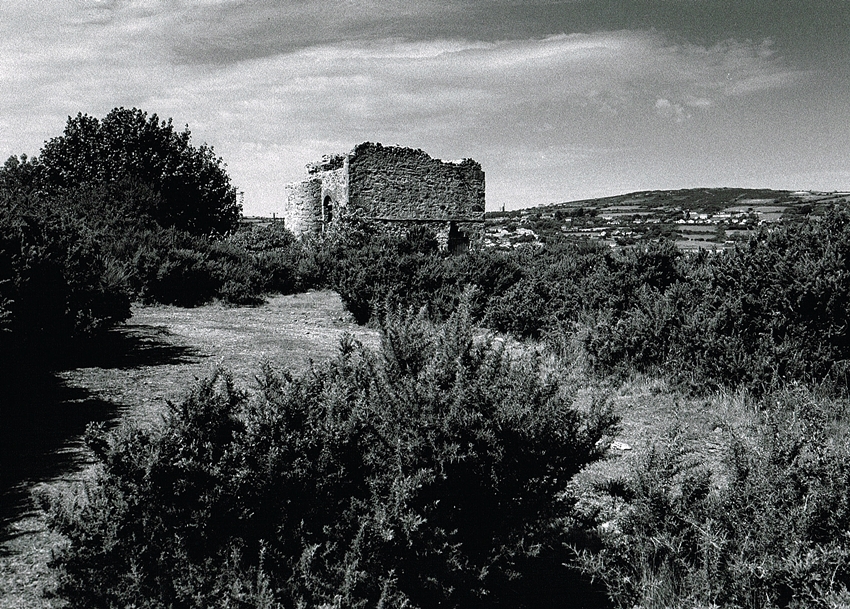 Tresavean Mine.2 – These are the remains of the Stamps Engine House, it was built in 1882 and housed a 32″ engine.

Apart from a Stamps Engine House which was built in 1882, several capped shafts complete with Bat Castles very little remains on site. The extensive processing floors were sadly demolished to make way for a sports field. 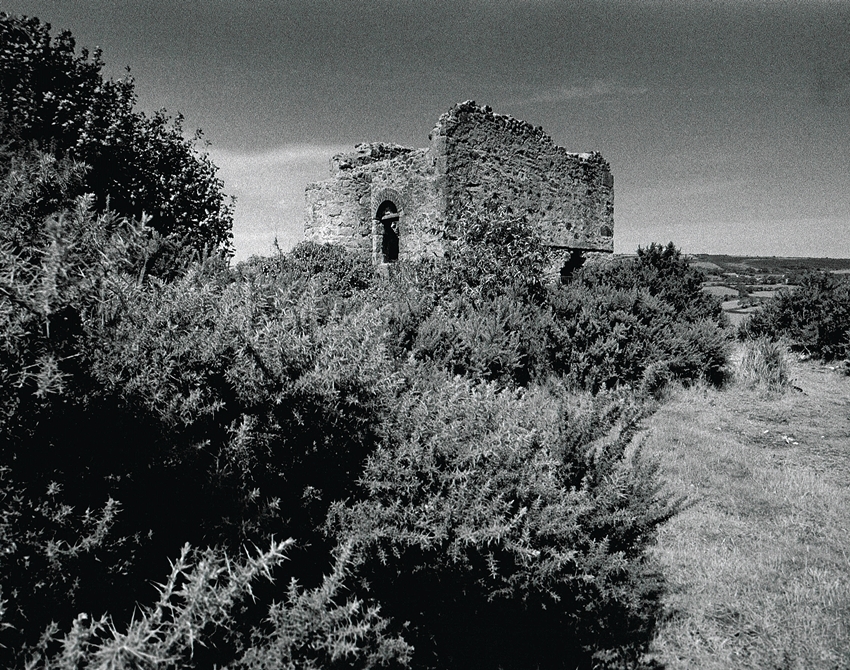 Tresavean Mine.3 – There was a total of 48 heads of stamps, the processing area was down the hill behind the Engine House.

Mining here dates back to the 1700’s with the first Steam Engine being installed in 1758. The most productive years were from 1820-1850 when the bulk of the Copper was produced. With falling Copper prices the mine went up for sale in 1858. Since then it was worked as; Tresavean and Tretharrup, Tresavean Mining Company and finally as Tresavean Mines in 1907. Final closure came in 1927 after disappointing results. 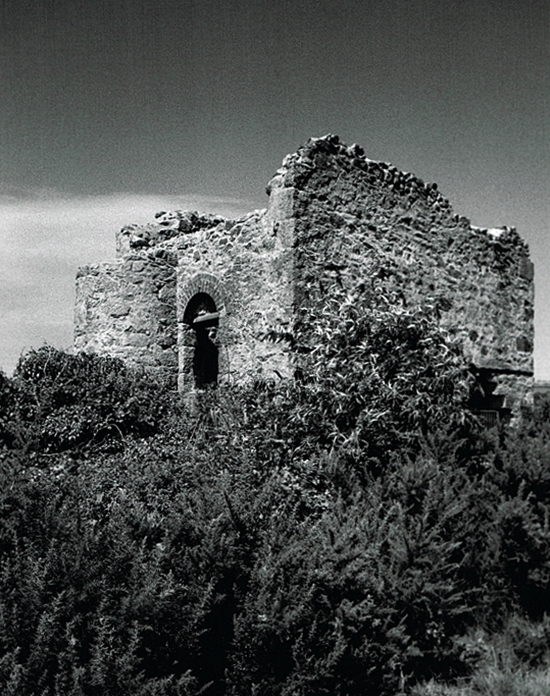 Tresavean Mine.4 – A closer view of the Stamps Engine House. In the last period of working it was modified to hold an electrical transformer. Tresavean Mine.5 – The front of the Stamps Engine House. 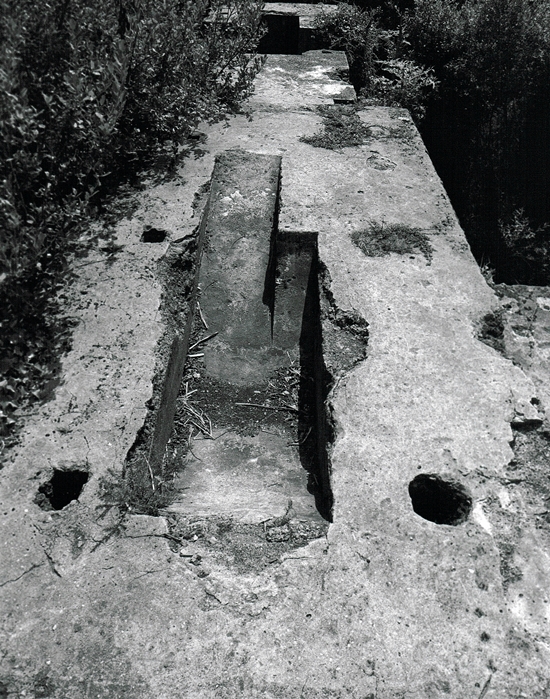 Tresavean Mine.6 – At the end of the site opposite to the capped Harvey’s Shaft are the concrete remains of the mounting for the winding engine used in the final re-working of the mine. 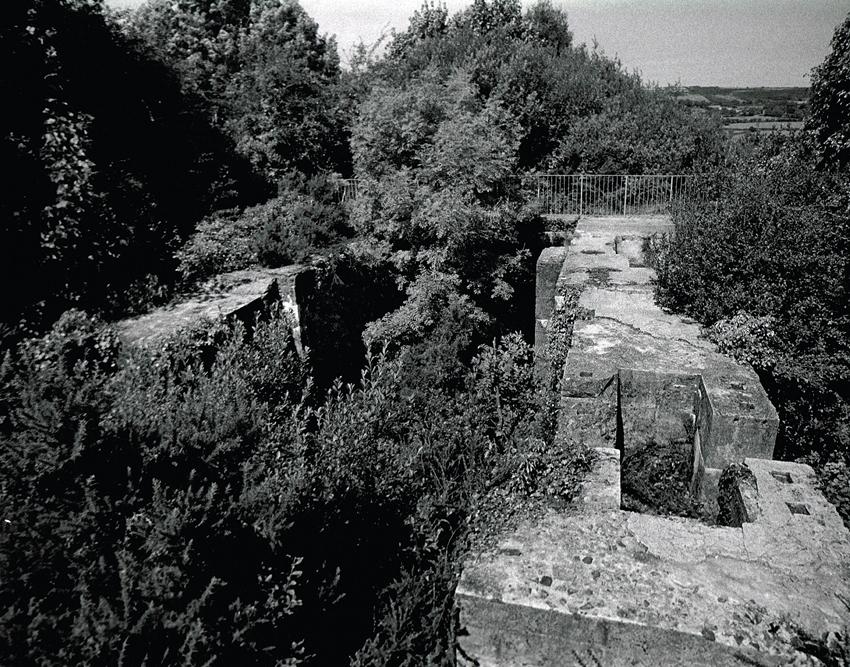 Tresavean Mine.7 – The surviving foundations are huge, the cylinders for the engine were mounted on the parallel plinths. The massive drums for the wire rope would have been suspended between them. 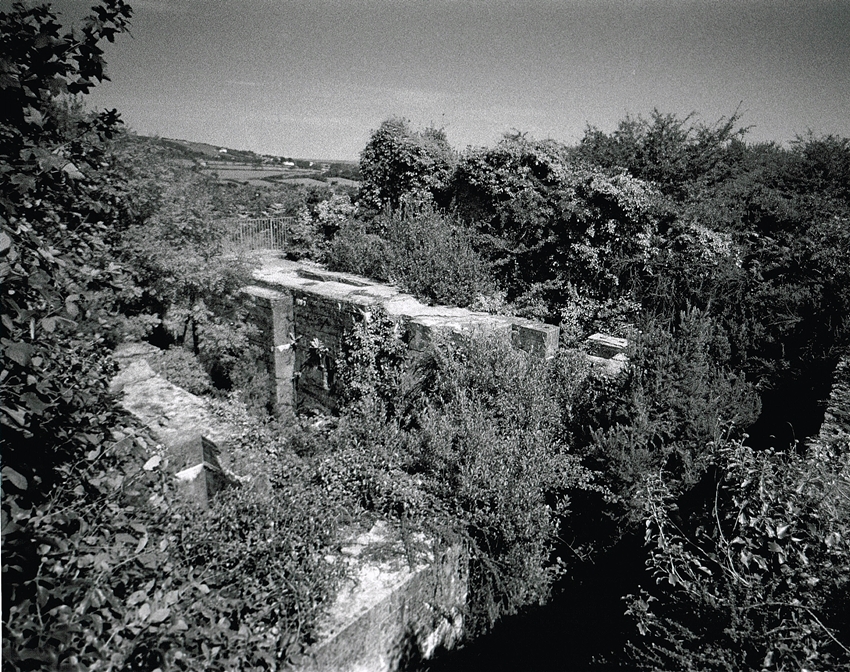 Tresavean Mine.8 – These are the mounting plinths for the horizontal winding engine from the side. Nowadays this part of the site is quite heavily overgrown. 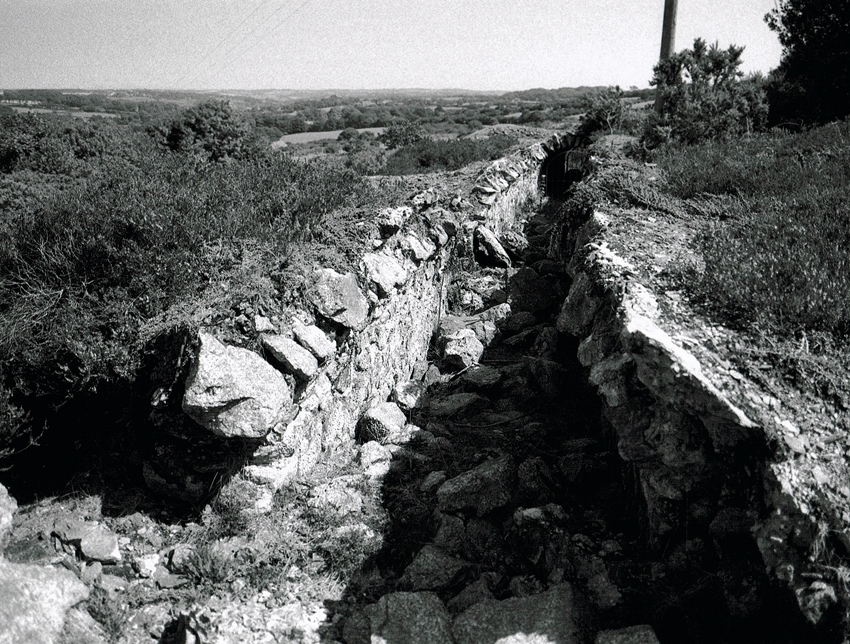 Tresavean Mine.9 – This final image on this page is of the extensive Arsenic flue. The Calciners that fed it are long gone along with the chimney that was situated at the end.