Levant Mine, the world famous mine under the sea. The mine worked from 1820-1930, producing totals of: 130,000 tons Copper, 24,000 tons Tin and 4,000 tons Arsenic returning over £2.25 million pounds.
Recorded mining on this site goes back to 1670 when shallow Copper deposits were mined. Levant was opened in 1820 and was a major Copper producer until the 1850’s when Tin took over as the major production.

This first page of Levant Mine concentrates on the area around Skip Shaft perched close to the cliff edge. 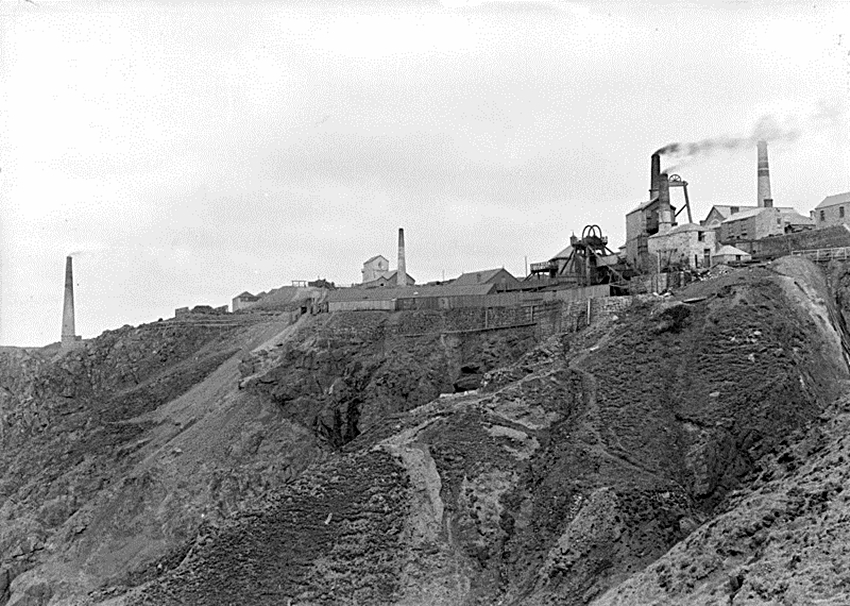 Levant Mine 1: A view of the site taken in 1905. Photo P200269. Reproduced with the permission of the British Geological Survey.

There were submarine levels to the mine, the 278 fathom level was a mile long and went out under the sea. To aid the transport of ore underground Pit Ponies were used, this is one of only a few mines in Cornwall where they were employed. Other mines where ponies were used were: Polhigery, East Pool, Mount iron mine and, much earlier, at Restormal Iron Mine. (Thanks Tony Brooks) When Geevor entered the Levant Mine workings in the 1970’s the stable area still had evidence of straw on the ground. 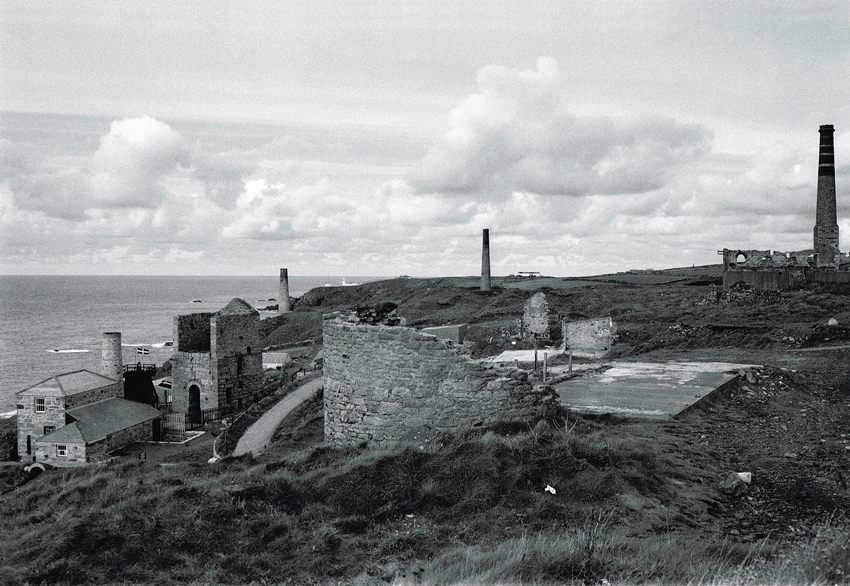 Levant Mine 2: The site as it is today. A place of past great riches, hard work, respect and sadness.

There was one area in Levant called the “40 backs” where the miners had mined very close to the seabed, it was said in rough weather boulders could be heard moving above on the ocean floor. The level was reached by a vertical shaft from a cavern on the 210 fathom level, here a boiler and winding engine were erected. The heat and smoke must have made this a dreadful place to work.

The mine suffered an awful accident on 20th October 1919 when the 62 year old Man Engine (a device for transporting miners underground) failed. The accident occurred at the end of a shift when the miners were returning to the surface. The rod which controlled the movement broke, throwing those riding it down the 266 fathom deep shaft (1 Fathom = 6ft). A total of 31 lives were lost with 19 men being injured. The mine continued to work but never really recovered from this accident. Even with new machinery and processing areas the site was finally closed in 1930. Levant Mine 3: A view down Skip Shaft, I was lucky to get down there recently. There are more images on this page: Levant Mine Skip Shaft.

In the 1970’s the mine was drained and re-worked by Geevor Mine. This was made possible after a breach on the seabed entering the workings had been sealed, a mile out to sea in the “40 Backs” mentioned above. Regrettably the Levant Miners had left very little for the modern miners and the attempt was unsuccessful. The images on this Levant Mine page have been taken over several years from the mid 1990’s to the present day. 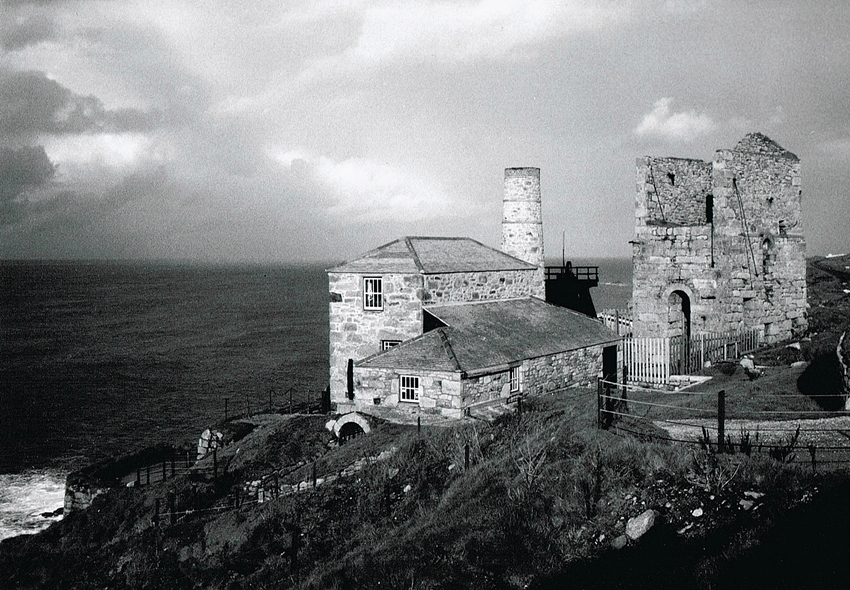 Levant Mine 4: The buildings around skip shaft.

The ruined Levant Mine engine house was the home to the mines 45″ pumping engine. The complete building is the winding house serving Skip Shaft, the house contains a preserved and working 27″ Whim engine.
This engine was made in 1840 by Harvey’s of Hayle, when the mine closed in the 1930’s it was saved from the scrap men by a team of enthusiasts. It was restored to its former glory during the 1980’s by Trevithick Society. The engine is now run and maintained by the National Trust and is open to the public. Perched above the cliffs on the left of the image is the engine pond. The mines adit is directly below in the Levant Zawn. 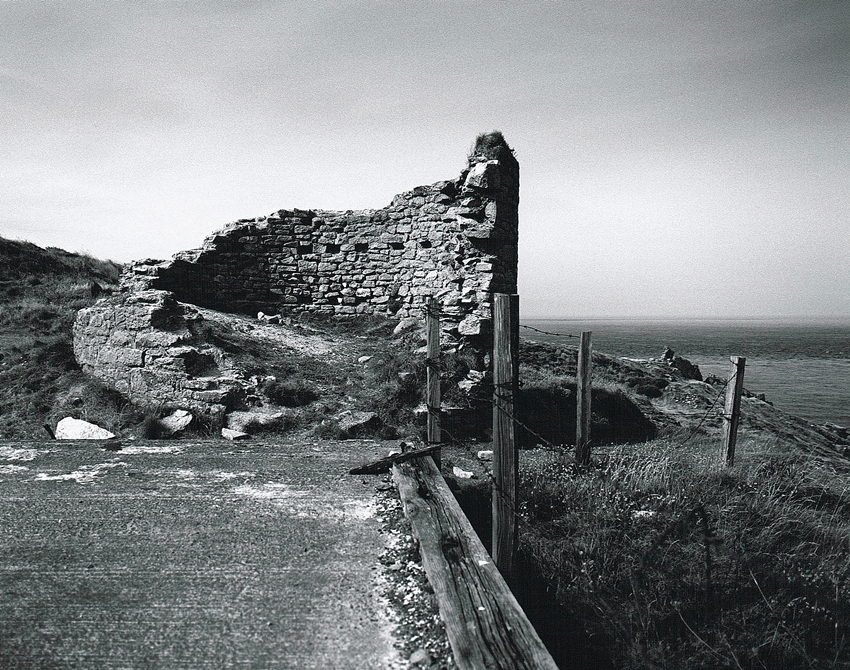 Levant Mine 5: The remains of one of the Levant Mine powder houses. The concreted area in the foreground dates back to when Geevor were sealing the breach in the mine. 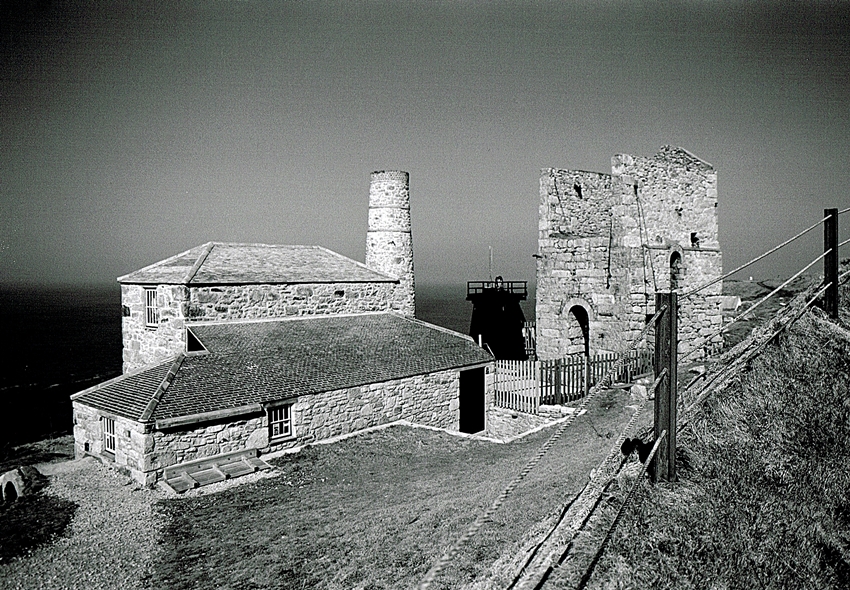 Levant Mine 6: A closer view of the mine buildings. Visible between the Boiler and Engine House is the headframe for Skip Shaft erected by Geevor Mine during the re-working. 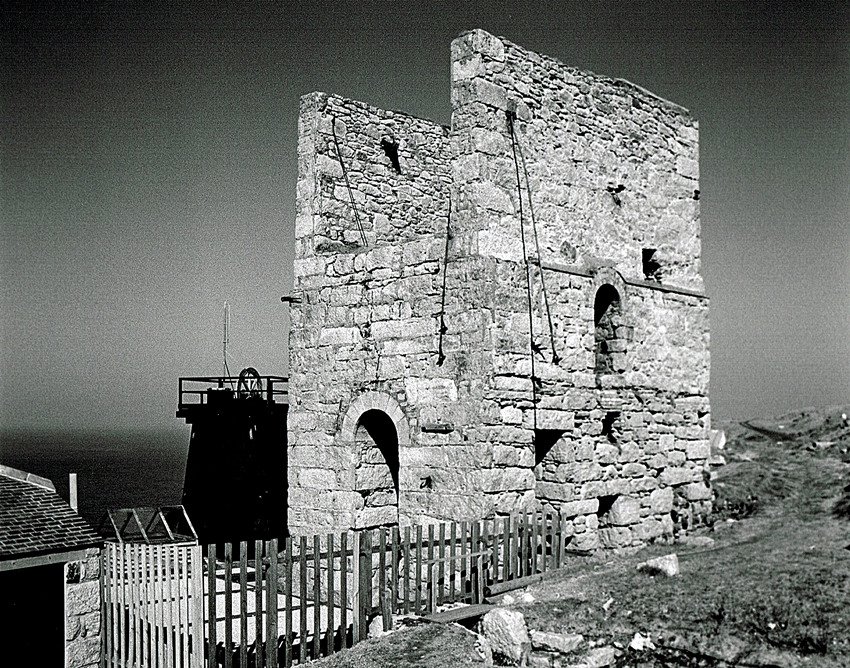 Levant Mine 7: This Engine House was build in 1835 for a 40″ pumping engine. As a result of the mine getting deeper this was later enlarged to a 45″. As with most mines near the sea there was very little water to pump. 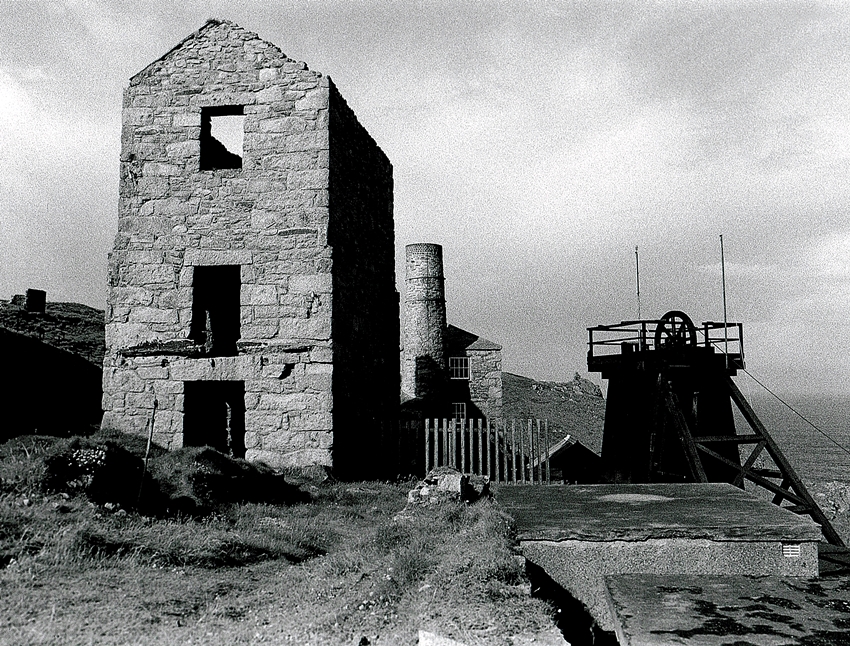 Levant Mine 8: An image of the front of the Pumping Engine House. The stack for the Levant Whim is behind and the headframe for Skip Shaft is on the right. 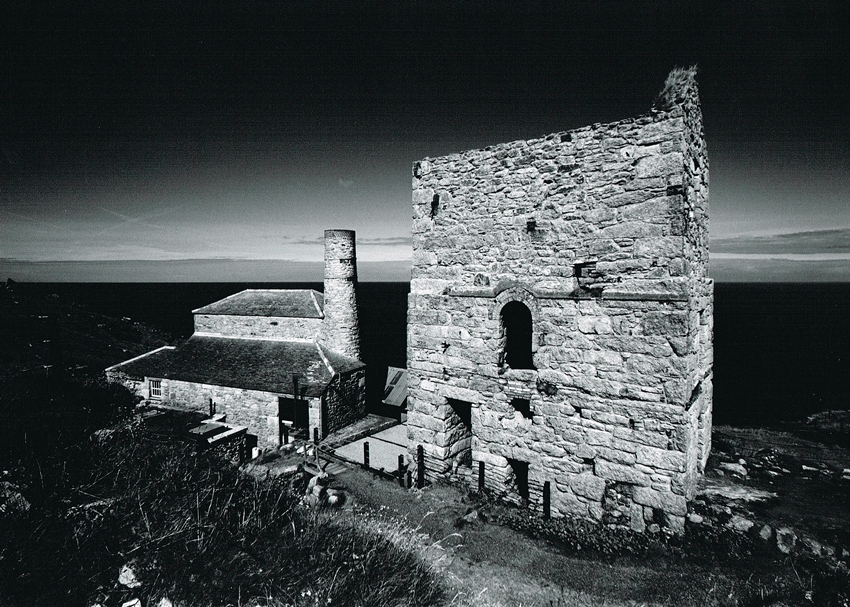 Levant Mine 9: The 45″ Pumping Engine House from the boiler house side, the shaft at the rear is still open and was used by Geevor for ventilation. 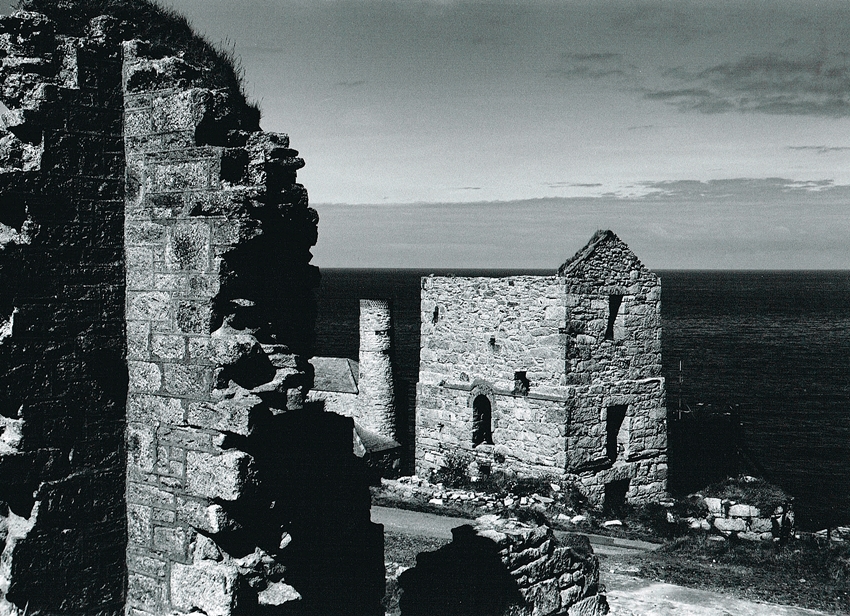 Levant Mine 10: An image taken further back, the remains of the wall on the left belong to the ruined Count House. 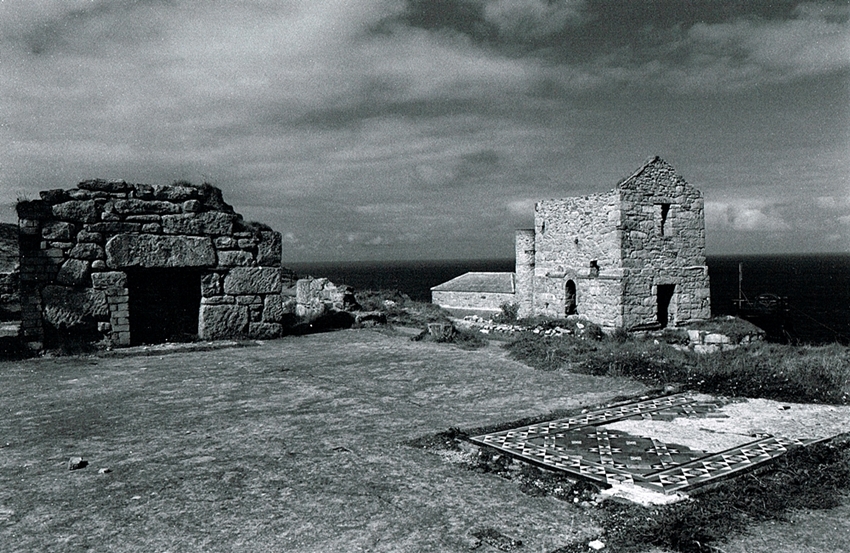 Levant Mine 11: This is looking across the Count House floor, a small fireplace is in the wall, and ornate ceramic tiles are laid in a block. Sadly souvenir hunters have removed many of them. 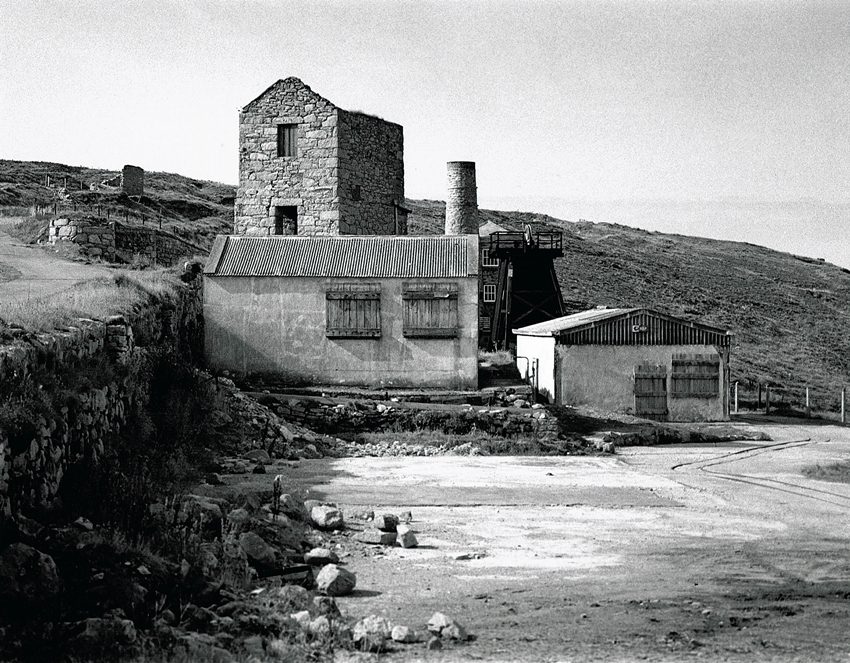 Levant Mine 12: This was taken in the early 1990’s the buildings in the foreground were used by Geevor Mine, the one on the right held the winder. These have now been adapted for use by the National Trust. 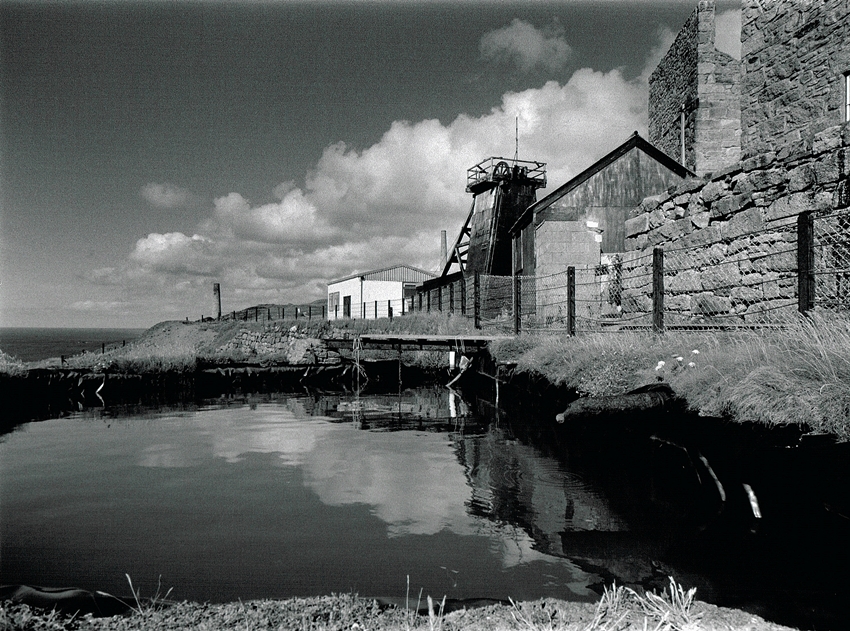 Levant Mine 13: Looking back towards the head gear over Skip Shaft. The cooling pond for the whim engine is in the foreground. 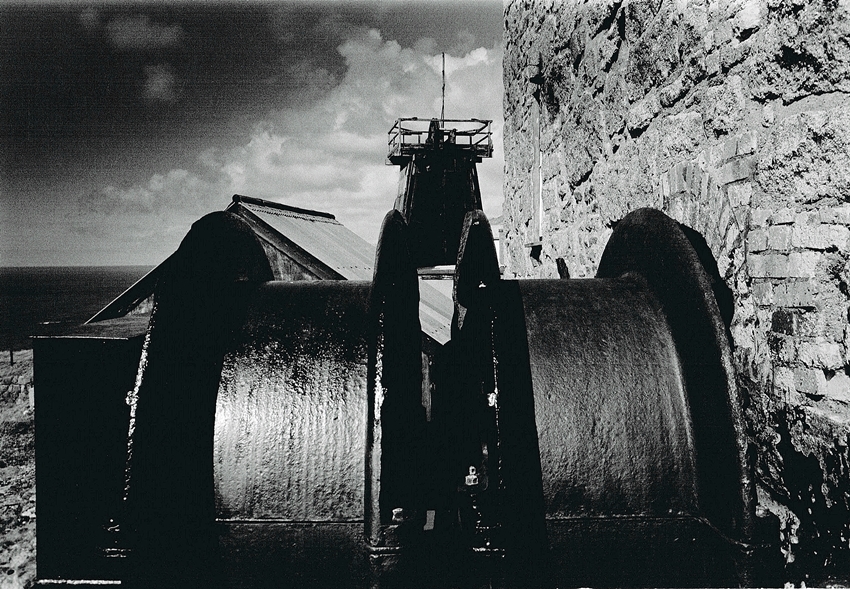 Levant Mine 14: The twin drums of the winder pointing towards Skip Shaft. They do not align correctly because the headframe was erected by Geevor for an electric winder. 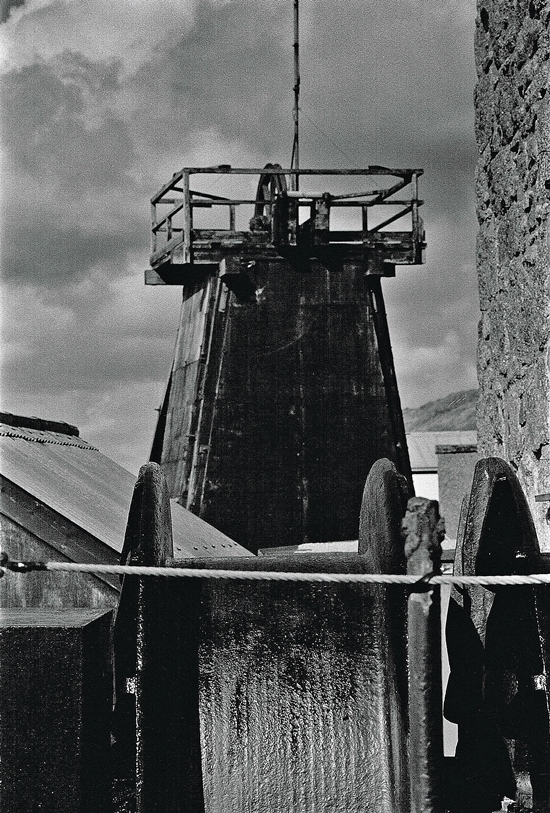 Levant Mine 15: A closer look at the enclosed headframe over Skip Shaft. Because of the closeness to the sea it was covered up to reduce the effect of salt corrosion. 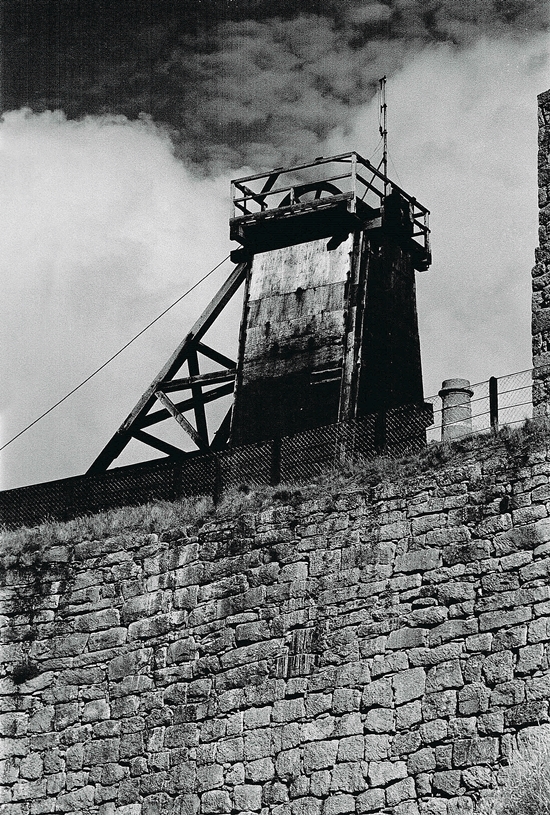 Levant Mine 16: Skip Shaft headgear from the path to the Zawn, this is now blocked off as it is quite dangerous down there. The retaining wall dates to when the mine was working. 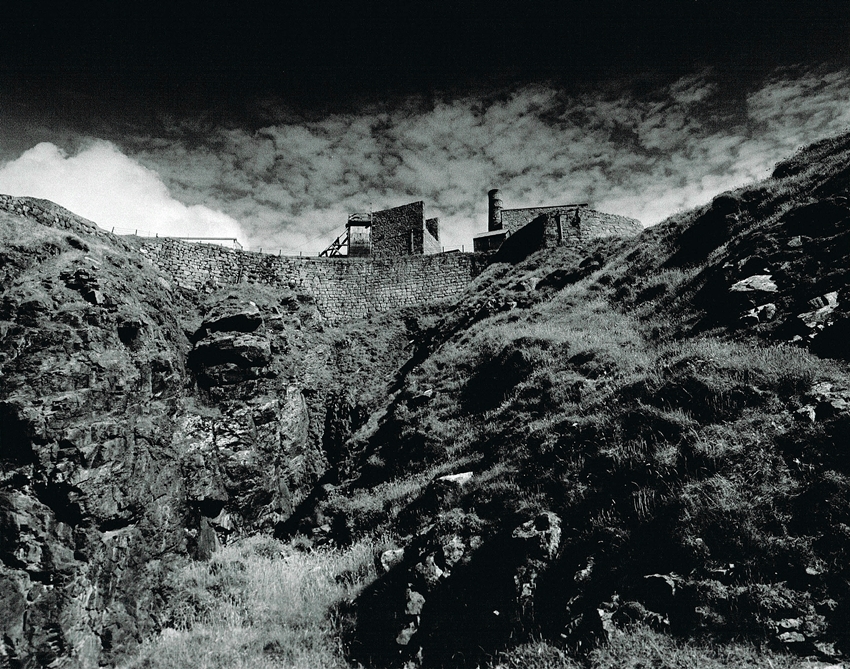 Levant Mine 17: This is taken looking up to the cluster of buildings perched so close to the cliff edge. 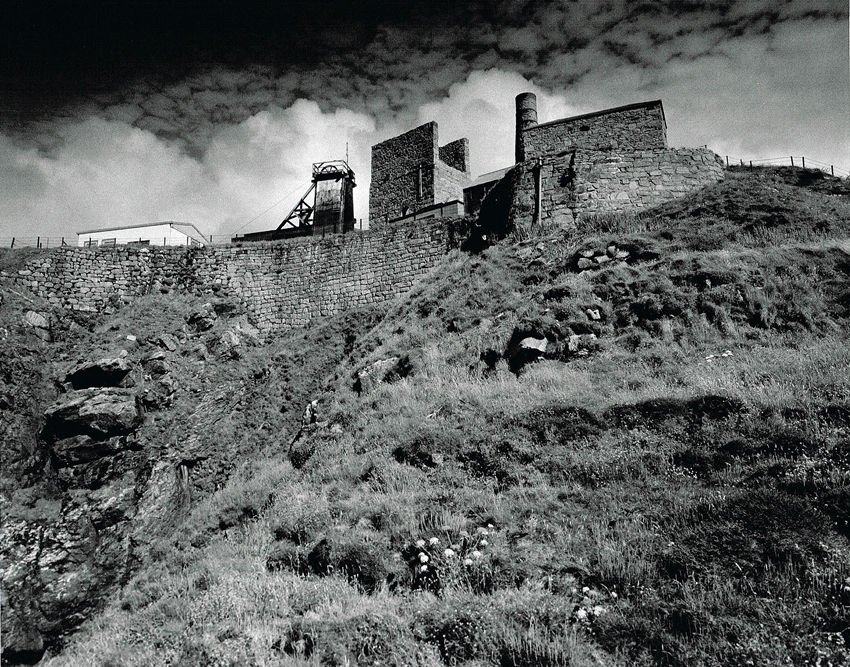 Levant Mine 18: Finally, walking back up the hill a slightly closer image. Probably the best angle to take a photograph of this amazing old mine.

Because of the size of the page, I have split it into two parts.