The Castle-an-Dinas Steam Winder which was installed at South Shaft has a story which is told on this page. The following images have been supplied by Tony Brooks along with his permission to use them on this site. I like this tale and wanted to include it with the Castle-an-Dinas content.

In 1908 the winder built by Holman Brothers was supplied to the King Edward Mine (Camborne School of Mines) in Troon. It was a small winder, with 10″ cylinder, a 15″ stroke with a 5ft diameter drum. In 1942 was moved to Castle-an-Dinas Mine and mounted for use on the South Shaft where its small size was ideal for the mine. 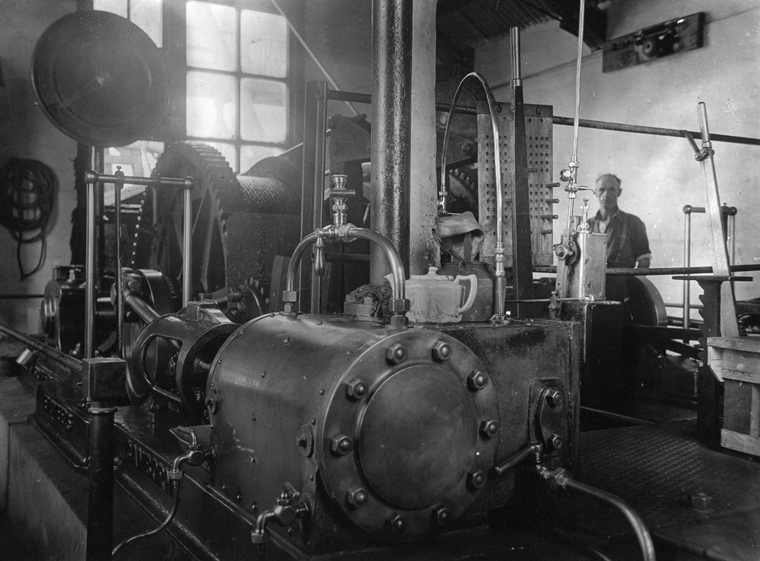 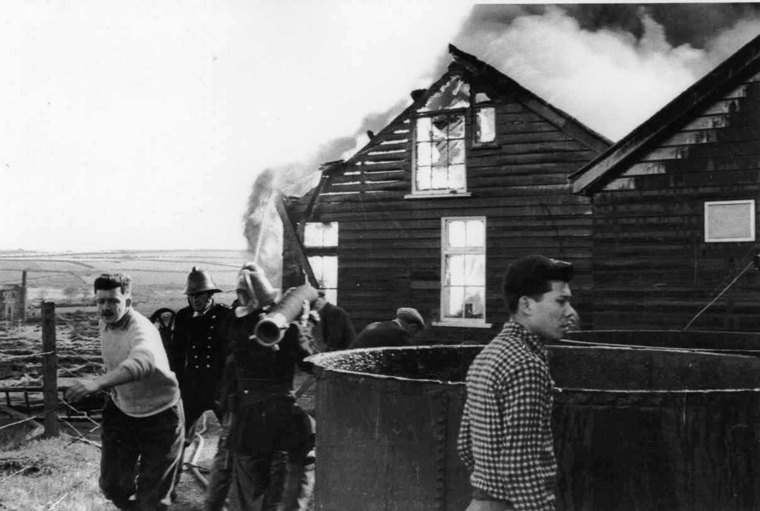 Castle-an-Dinas Steam Winder 2 – The King Edward Mine Fire. This image was taken by Courtney Smale who was studying at the mine. This image was not released to the press until 2010, at the time of the incident the School of Mines did not allow the photograph published.

After Castle-an-Dinas Mine had closed, South Crofty who owned the mine had the winder moved back to their main site. It remained here for a while when it was again moved to Wendron Forge, which subsequently became Poldark Mine Museum. Here it stayed on show to the public until 2002 when the Trevithick Society purchased it.

During 2010 the Winder subsequently returned home to King Edward Mine. In Jan 2010 a grant from Cornwall Council was received for the restoration of the winder and the re-construction of the house that it lived in. 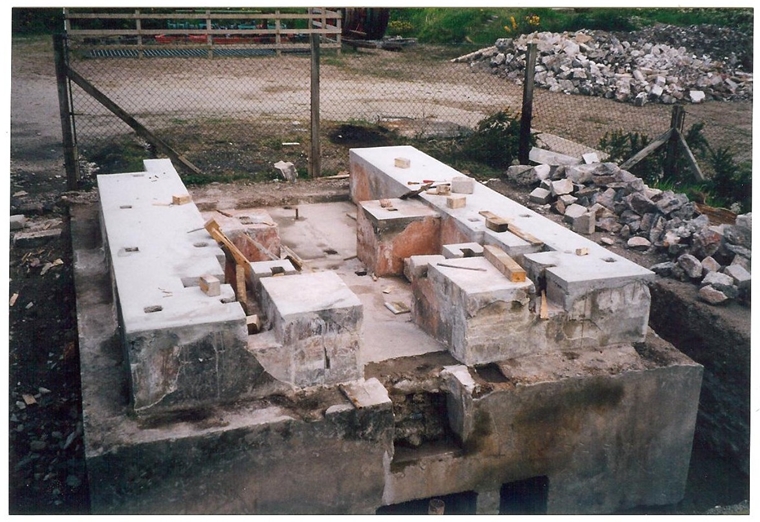 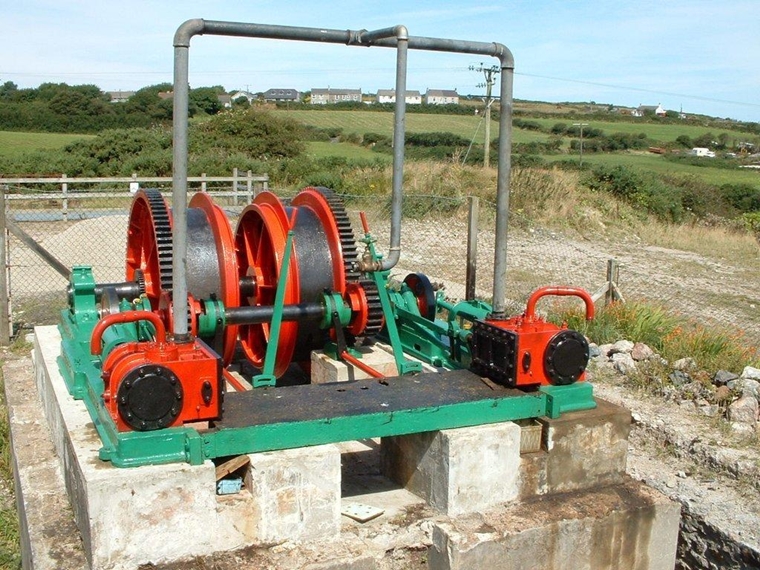 Castle-an-Dinas Steam Winder 4 – The Winder successfully re-mounted on the blocks at King Edward Mine. 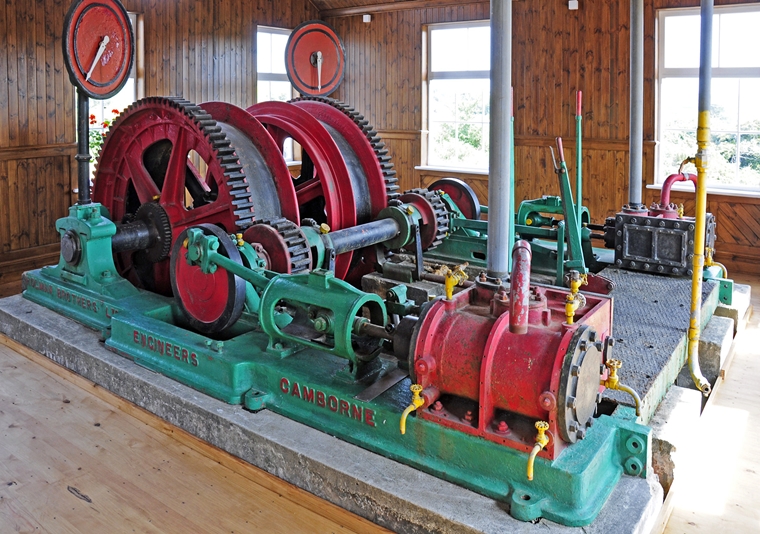 Castle-an-Dinas Steam Winder 5 – The Steam Winder in all its glory at home. The Winder House is a near perfect replica of the one destroyed by fire over 50 years ago.

Follow this link for more information:  King Edward Mine Museum 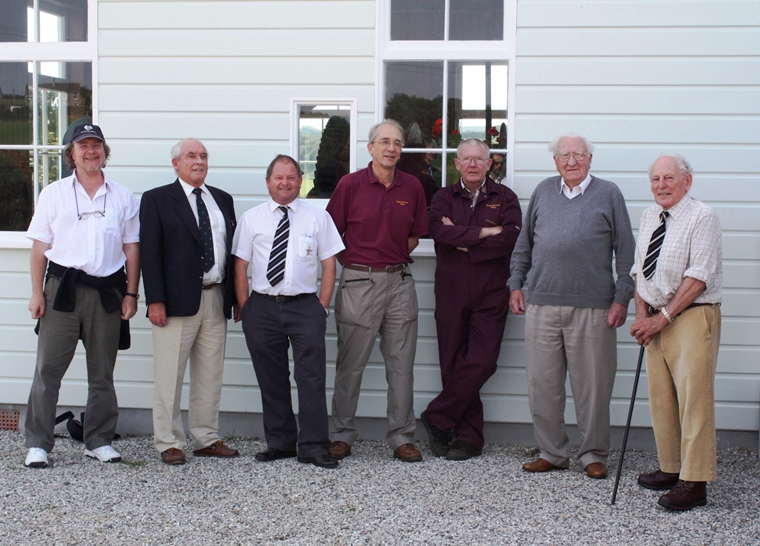 Castle-an-Dinas Steam Winder 6 – Most importantly to the story, the King Edward Mine Volunteers.

So, the end of the story.
The final image is of a fine group of “young enthusiasts” standing infront of the “New Winder House” at King Edward Mine. From right to left: Bryan Earl the author of the definative mining book “Cornish Explosives”, Ron Hooper who taught surveying at CSM for 35 years, Tony Clarke expert in mineral processing who worked at CSM for over 30 years, Tony Brooks the King Edward Mine Administrator and former Head of Mining at CSM, Mike Sampson Manager of Geevor Tin Mine Museum, Finally the gentleman in the blazer is Mr Courtney Smale (who took the picture of the fire which destroyed the original Winder House). Formerly Manager of Goonvean & Rostowrack Clay Co, next to him is Peter Joseph Geologist, Trevithick Society Curator.

To me, mine machinery has a life of its own. To have a Steam Winder returning home after many years is a story worth telling. The sense of achievement gained from a project like this makes all the hard work worthwhile, well done to all concerned.