West Chiverton Mine is one of my must see sites. Even though the Engine house is tucked away it can be clearly seen from the A30. I understand recently it has been approved for a conversion into a house, lucky people it will make a good one.
Working from 1859-1886, West Chiverton was a rich mine which produced: 45,100 tons Lead, 22,000 tons Zinc and 1,221,200 Ounces of Silver. One Engine House remains along with extensive tailings and the ruins of the Stamps. 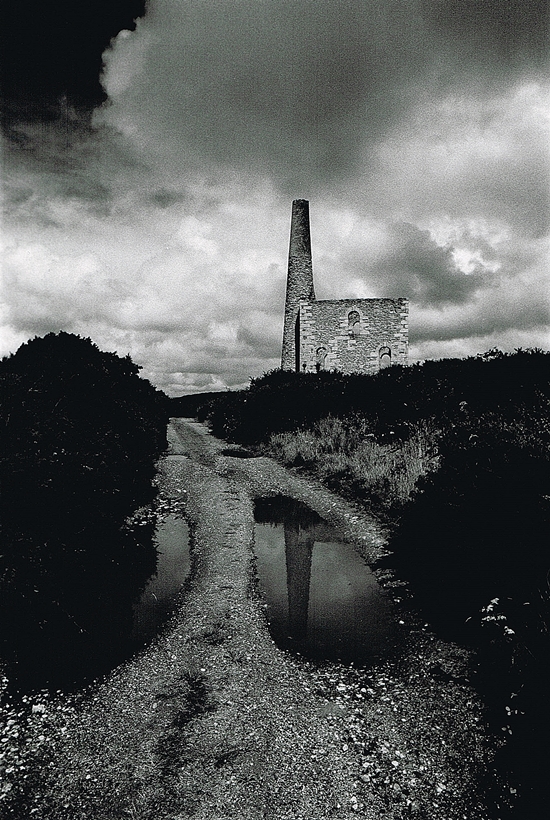 This image of Batters Engine House West Chiverton Mine shows the unusual arrangement of the chimney which is central in the front wall, the shaft here was 90 fathoms deep. 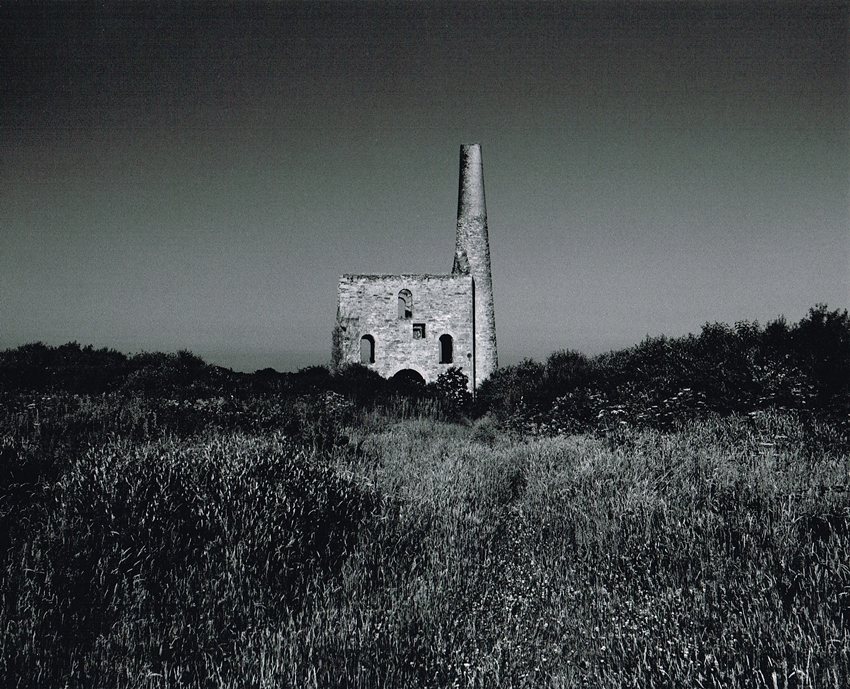 Early on a summers morning Batters Engine House is illuminated by the sun. 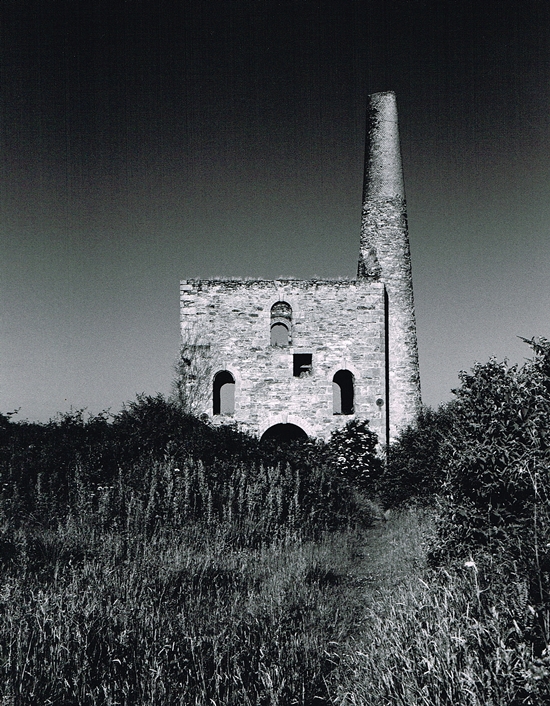 The Engine House is three storey and contained an 80″ engine built by Harvey’s of Hayle. 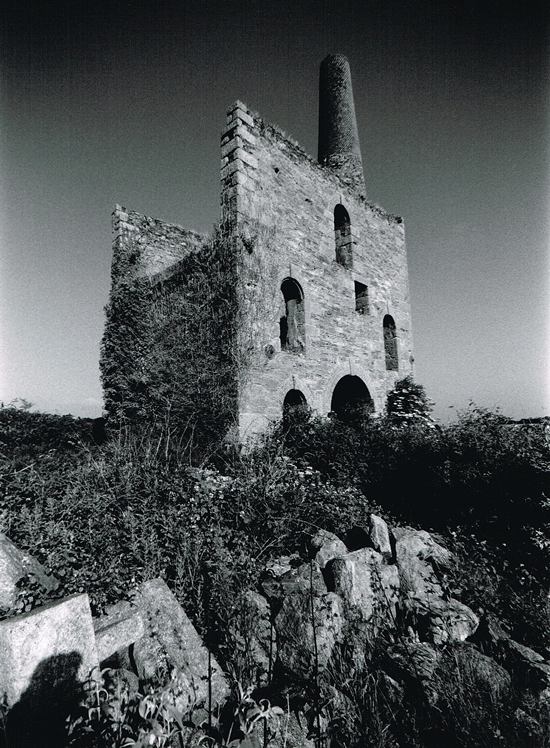 A closer view of the West Chiverton Mine Engine House, the shaft in front is capped. The remains of building are scattered around the site. 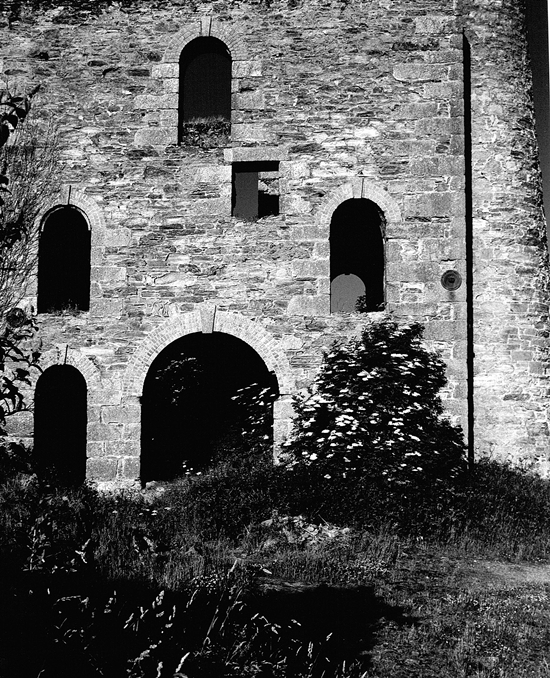 A side view of Batters Engine House, the main main cylinder door on the side wall due to the chimney in the centre of the back wall. 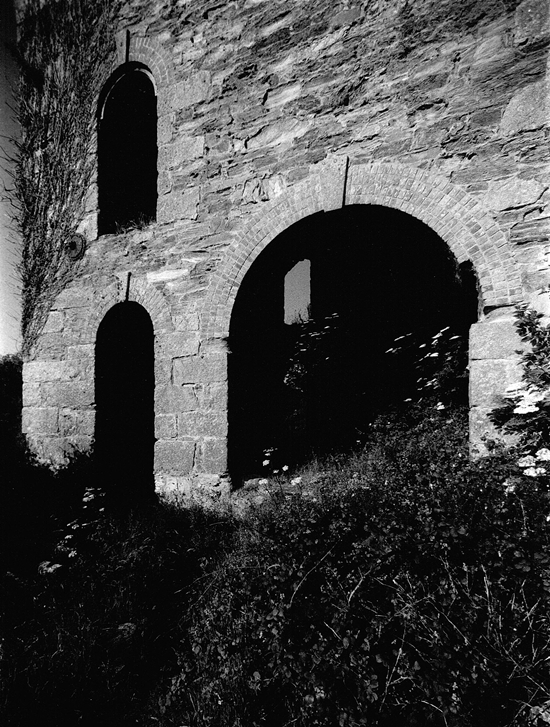 A closer image of the main cylinder door, the Engine House is well built and in wonderful condition. 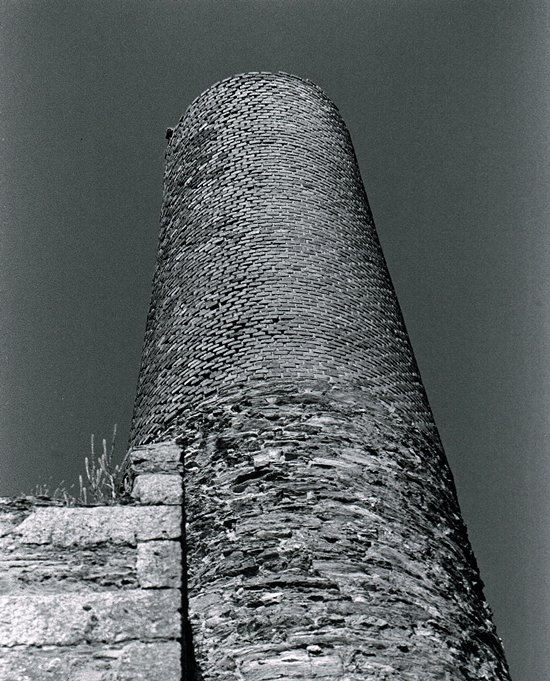 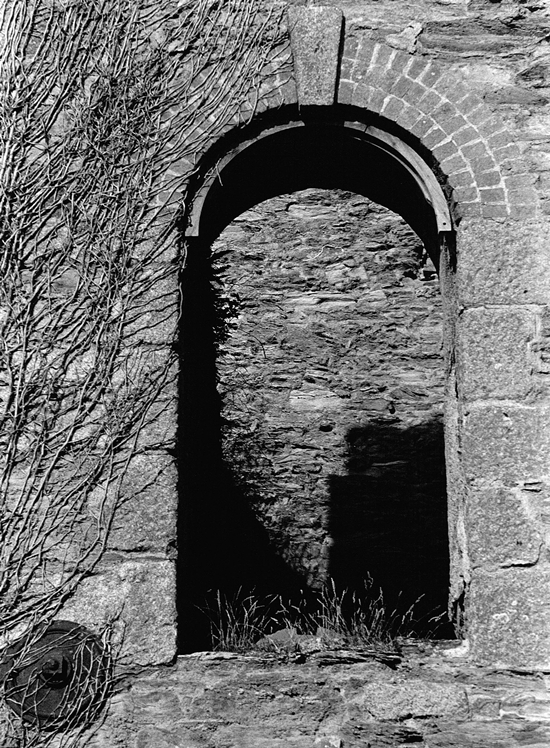 The stonework is in very good condition, the house must have been a great sight when West Chiverton Mine was working. 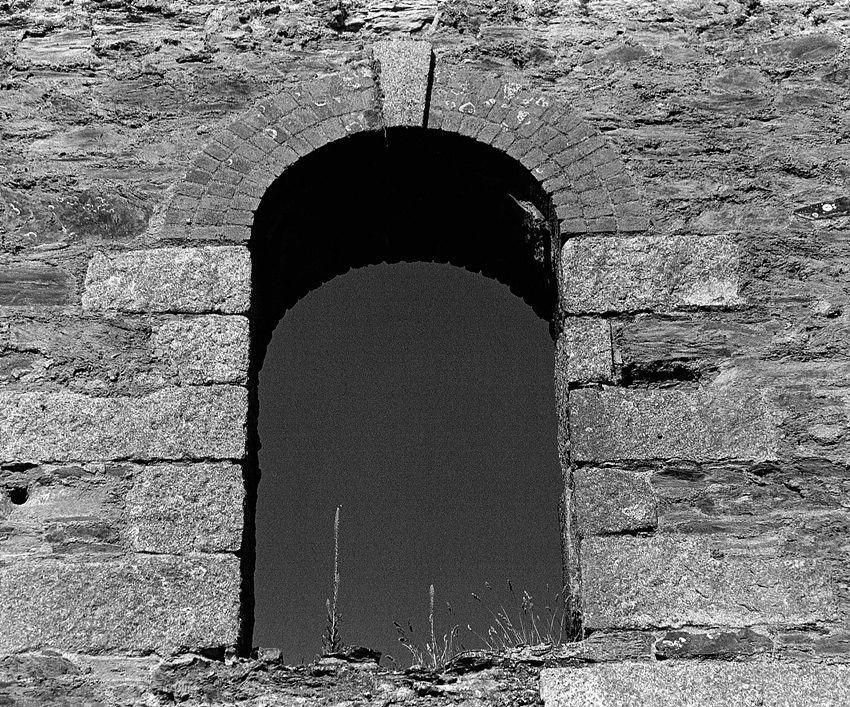 One of the upper floor windows. 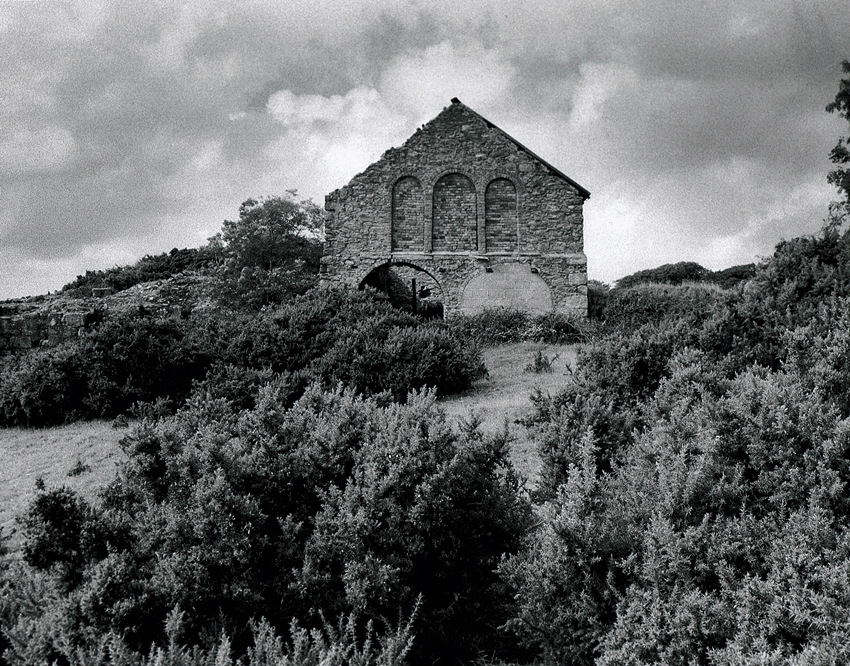 At the other end of the site are the remains of the Stamps Engine and associated Boiler House. 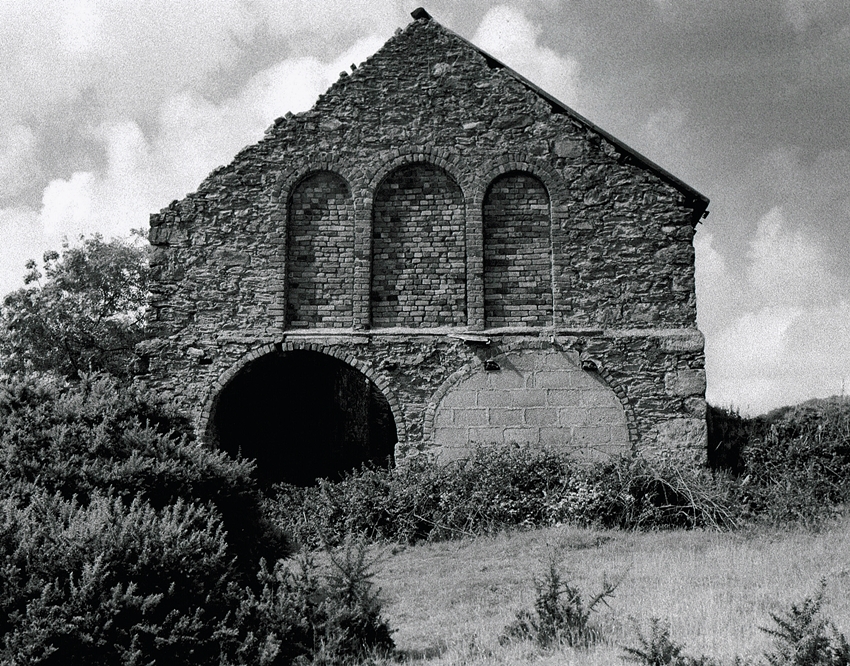 This is the Stamps Engine Boiler House, the Stamps House was sadly dynamited in 1952. 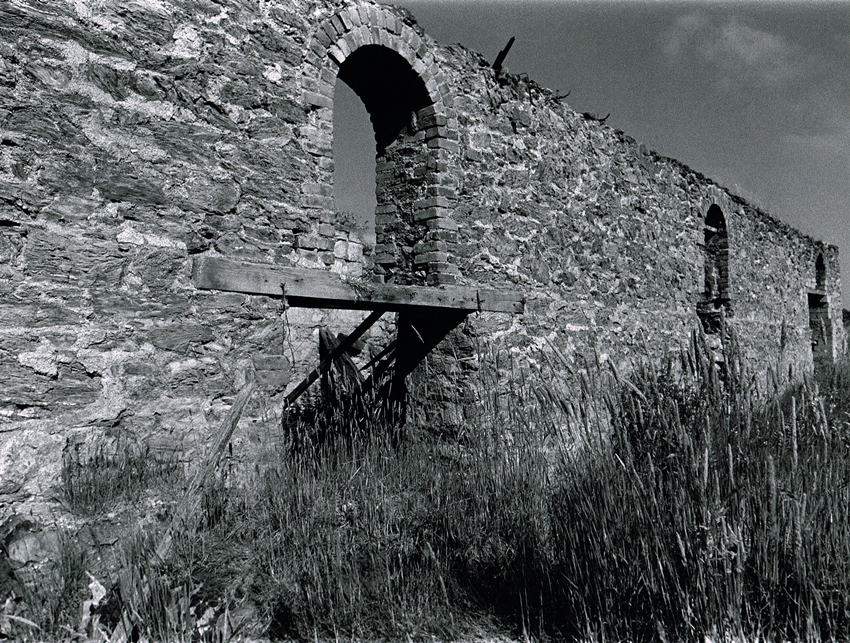 The well preserved side wall of the Boiler House. 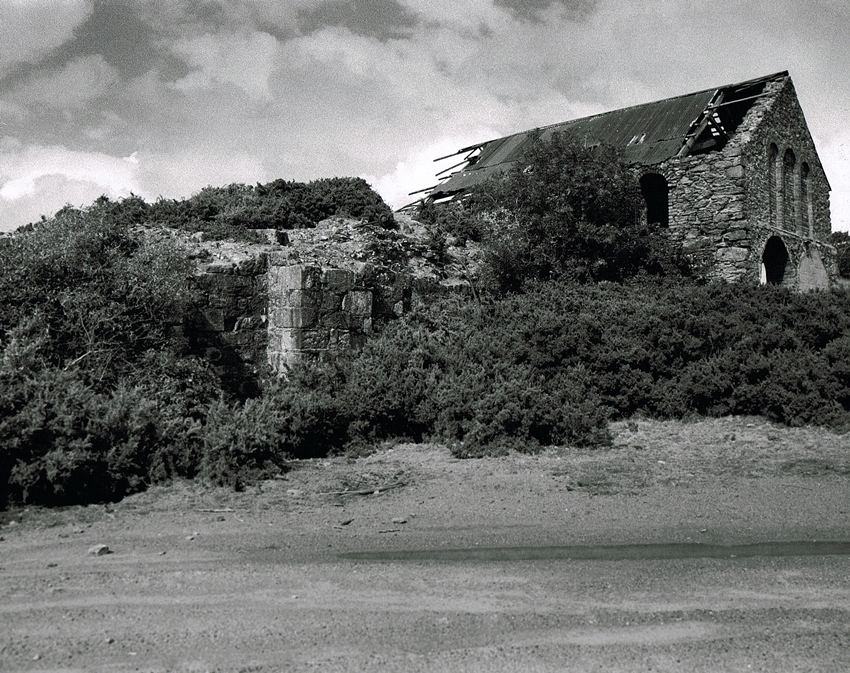 The remains of the stamps loadings, the whole surrounding area is a desert of mine tailings. 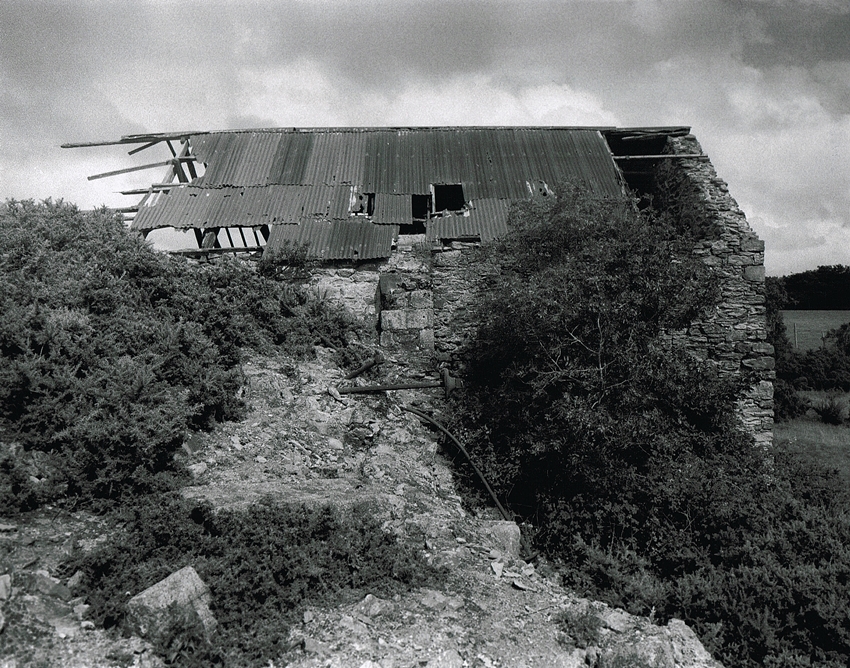 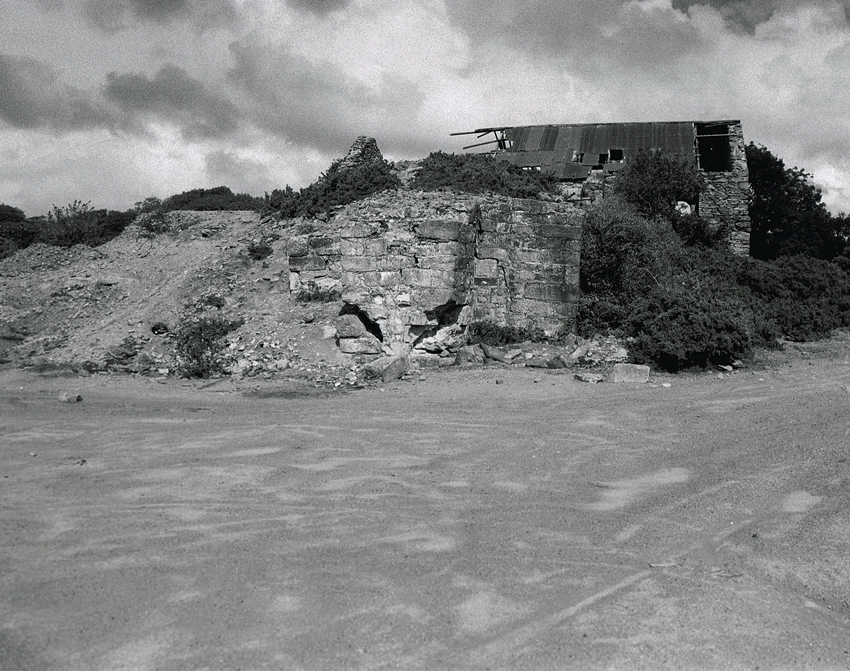 The loadings have suffered, some retaining bolts for the machinery still remain. 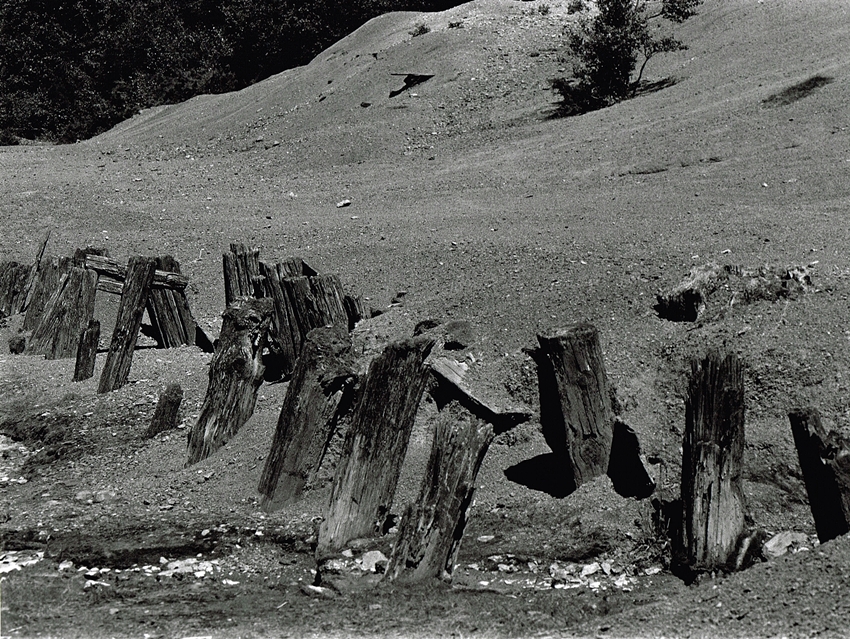 At the end of the site there is an amazing sight, the remains of an Adit, this would have been covered when the mine was working allowing access into the Adit level. Water still flows out of the small hill it leads to. It’s difficult to believe miners once walked along this passage. Almost like something out of a Dr Who set, to the right of the image is a huge pile of tailings (processing waste). 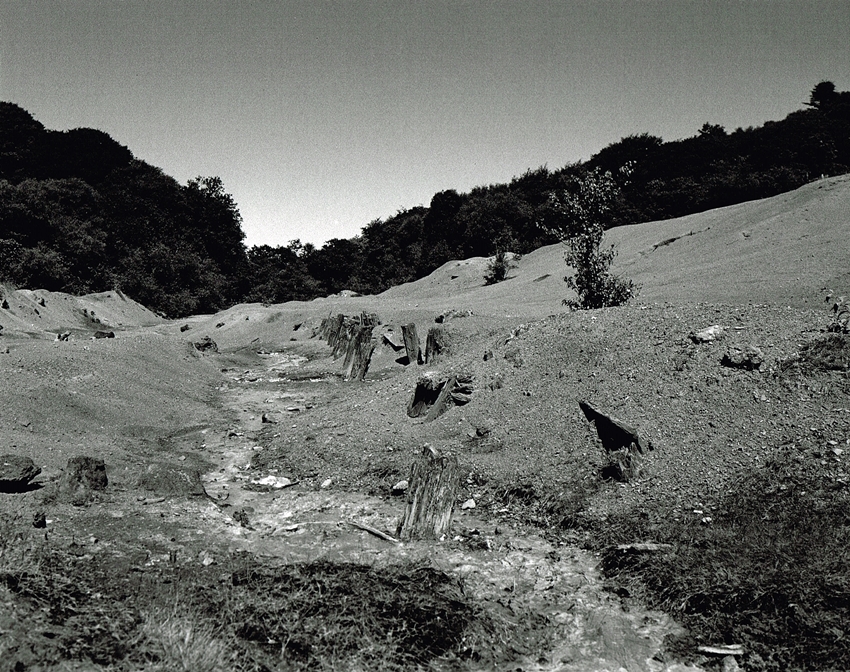 The final image on West Chiverton Mine shows the small stream which still flows from the hillside.