The Tolgus Calciner is situated on the B3300 Portreath Road. This is possibly the best preserved Brunton Calciner in Cornwall, it is a Grade Two listed building dating from 1933. The condensing chambers are on the hill behind the site leading to a chimney at the top.

The Calciner was used to roast Tin Ore to remove Arsenic. This was an impurity, but if recovered it was sold on as a valuable by-product. The ore was loaded from the second floor of the building onto a slowly rotating hearth, this ensured the material was evenly heated. Beneath this were the furnaces, these would heat the ore to a stage where the impurities were released. The Arsenic was released as a vapour, this would condense is a long flue leading to a chimney on the hill. Workers would then remove the Arsenic from the flue where it would be bagged up and sold on. This was not a pleasant job without protective clothing. 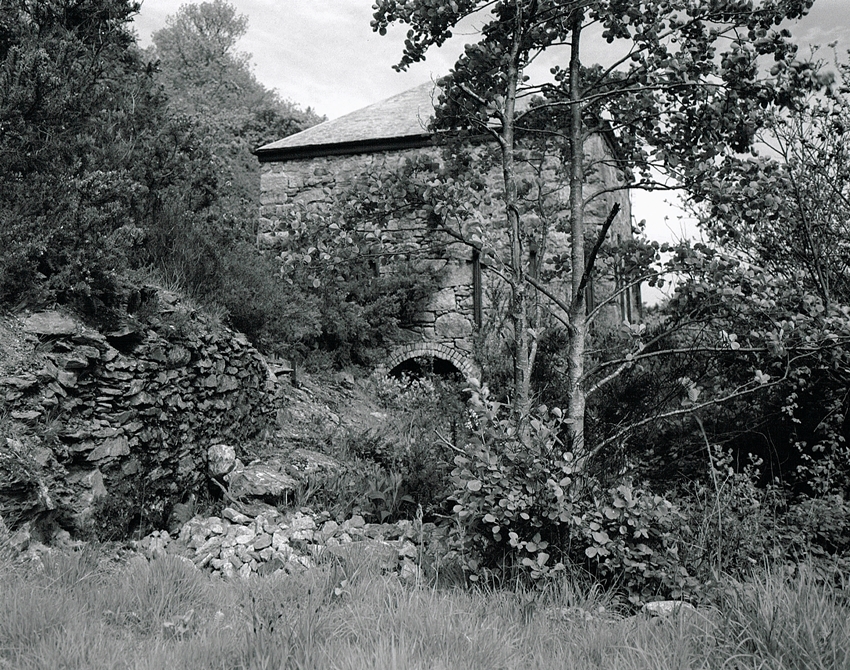 The first image of the Calciner. This shows the extensive strapping on the Granite walls and the Slate roof. It is a wonderful survivor. 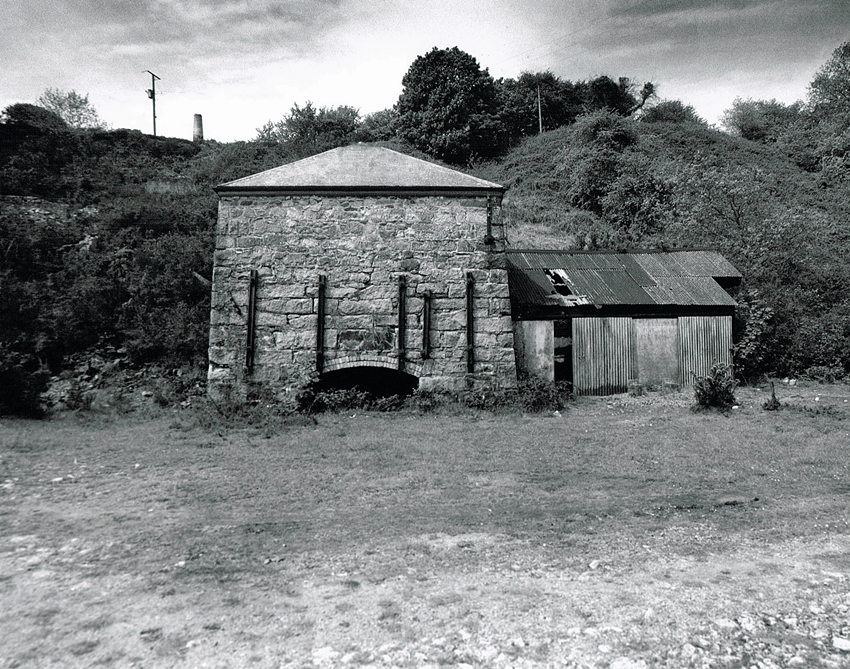 The Calciner in all its glory, the flues where the Arsenic was recovered up the hill to the stack in the corner of the image. The corregated roofing on the right covered the access to the furnace stoke holes. For such an important building it is a shame it has fallen into neglect. A detailed image of the fine stonework and extensive strapping. 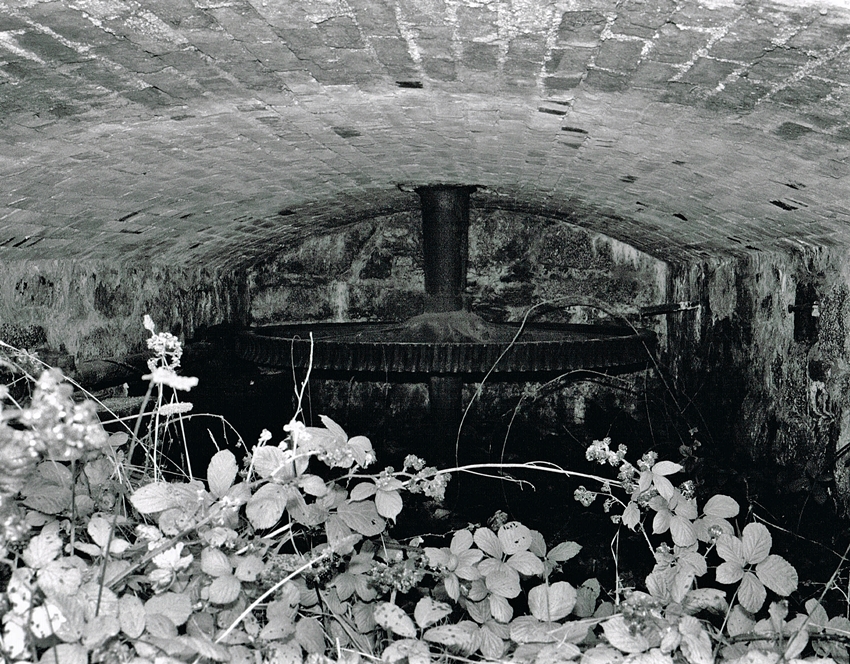 Looking underneath the Calciner this is part of the mechanism that turned the hearth. 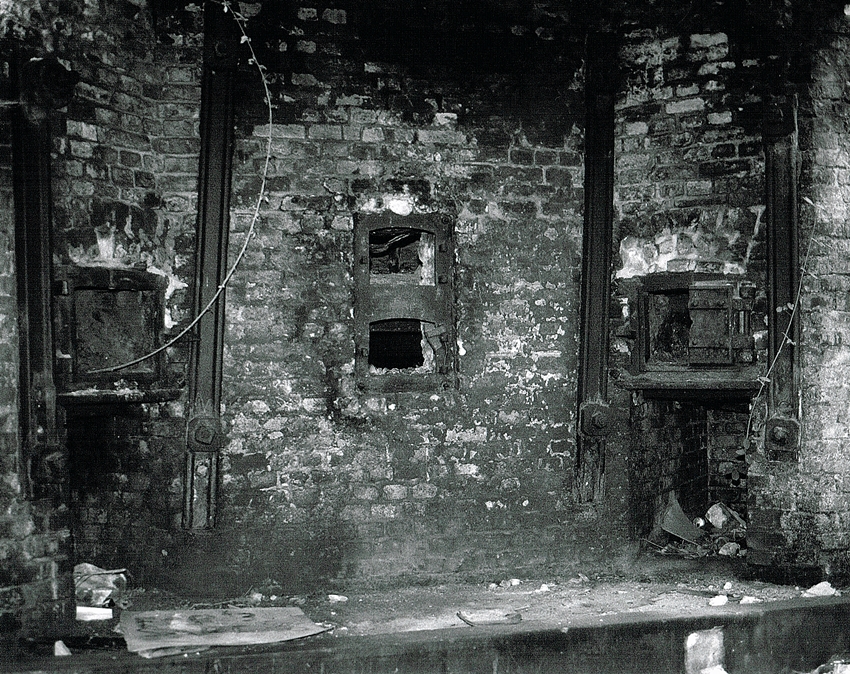 The interior of the furnace area. These ovens would heat up to 600 Degrees C. The extensive iron strapping on the inside and outside of the building, would help reduce the expansion to the structure by the heat. 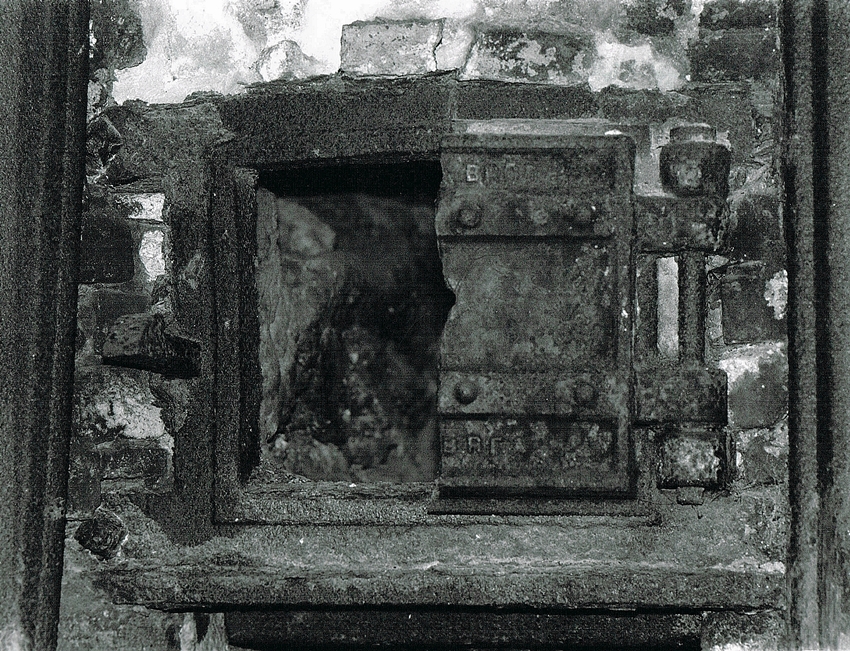 A detailed image of one of the calciner’s furnace door. The word Brea can be made out so these were probably cast locally. A more detailed image of the strapping around the furnaces. A final view of the exterior. Showing the substantial metal strapping on the lower part of the building, this is where the heat was at its strongest.