It is to say the least an amazing site, up until the late 1940’s much of the machinery was intact with the engines still in their houses. Such a shame they were all dismantled and scrapped it would have been the envy of the mining world if it had been preserved.

When I visited the site in the summer of 2000 the three remaining Engine Houses were still roofed and in fair condition. Since then nature has done its best to reclaim the site, the roof on Phillip’s Engine House has subsequently collapsed. The Broadgate Engine House has recently (2017) been converted into a dwelling and repaired. 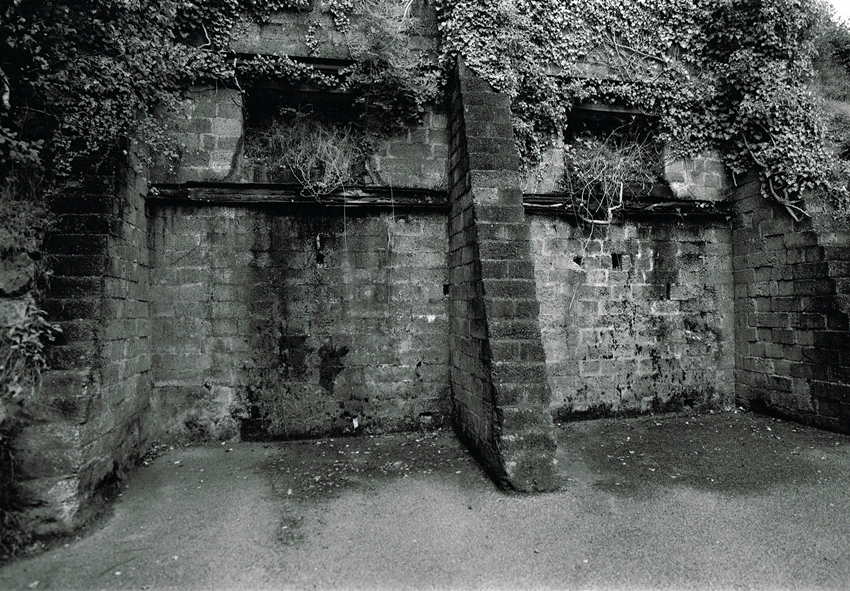 The surviving remains of Ore Chutes at one end of the site. A cylindrical Ore Bin still survives, this was fed by an aerial ropeway that took ore from Phillip’s Shaft to the processing mill in the last period of working. 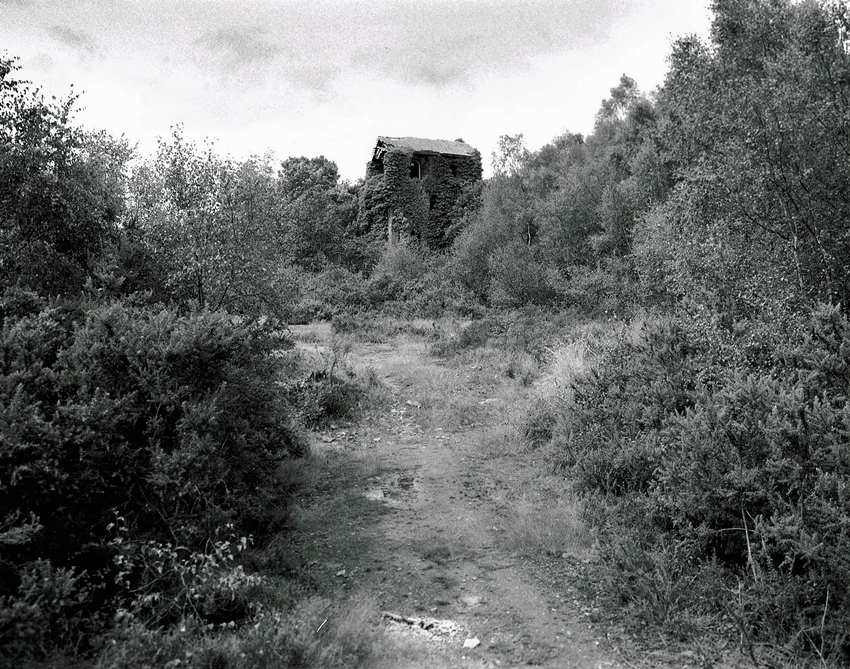 One of the Engine Houses, still roofed this is the 28″Crusher Engine House taken summer 2000. Since then the ivy and vegetation has all but overwhelmed the building. 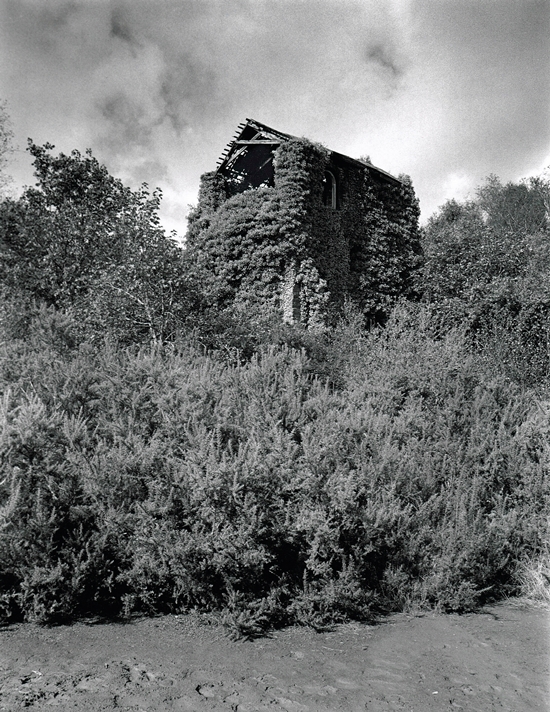 A closer view of the Crusher House, the loadings at the front for the machinery still survive but the are almost impossible to see. 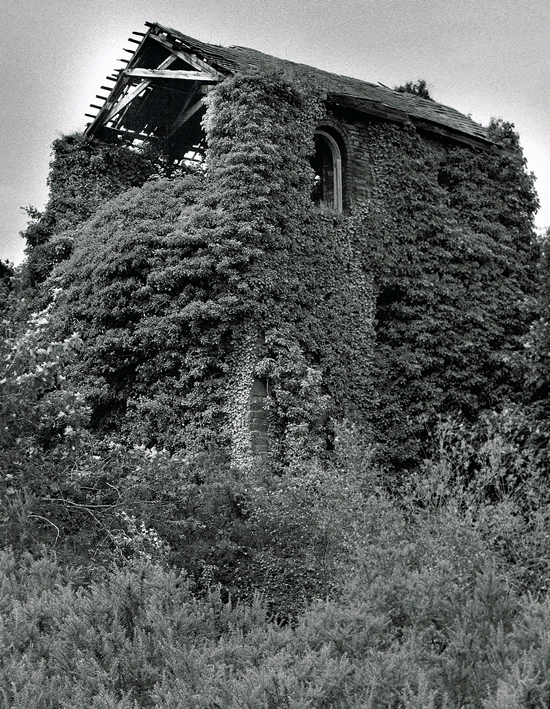 This was as close as I could get, the construction of the roof can be clearly seen. So sad that the site is now so overgrown. 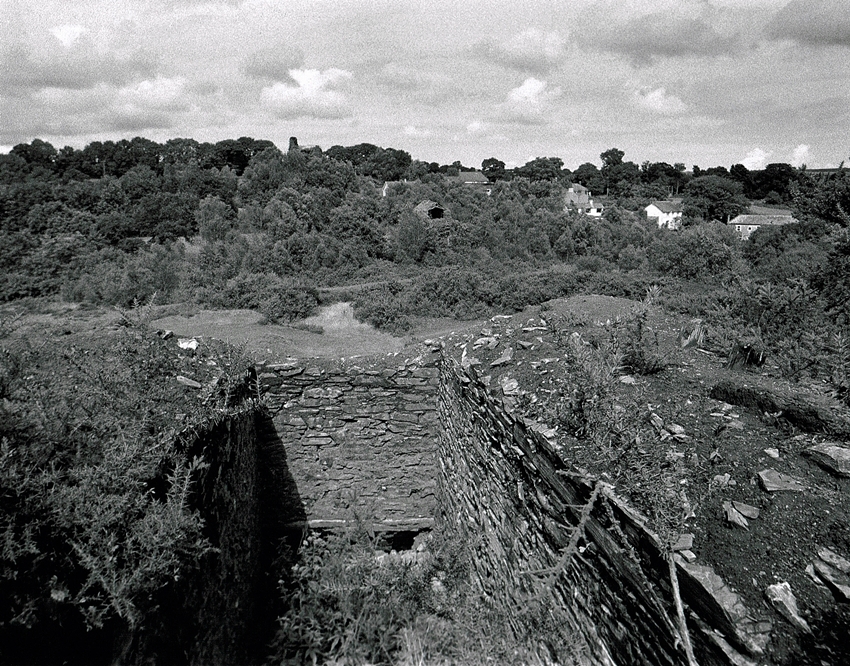 A view from the upper level of the site, in the foreground is a possible wheelpit, on the skyline is Phillip’s Engine House, central the Crush House can just be seen. A more detailed image of the previous photo looking across New Consols, the Crusher and Phillip’s Engine Houses can be clearly seen. 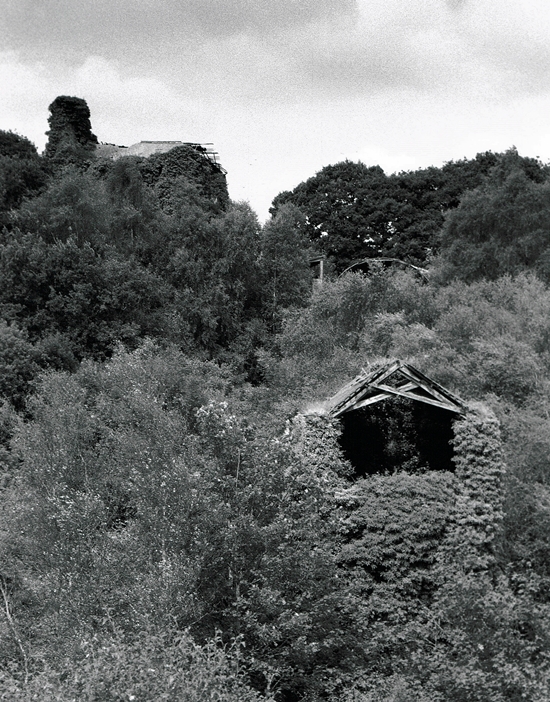 Roofed Engine Houses, always an amazing sight to see, taken with a telephoto lens the roofs of both houses are very clear. 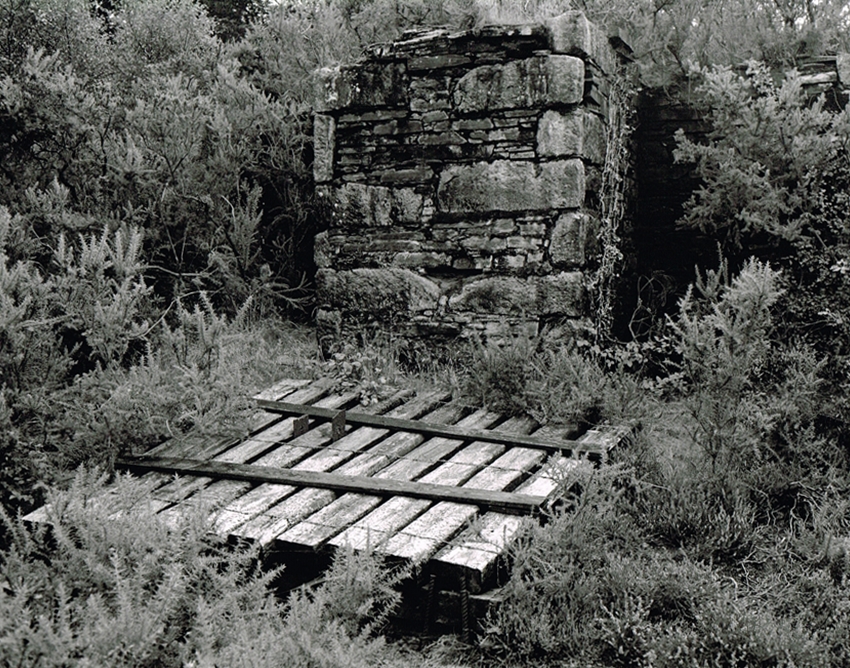 Sadly dynamited and demolished, this is all that remains of the 36″ Stamps Engine House, the loadings and some bolts are all that is left. It was built in the mid 1880’s when New Consols was producing Tin. 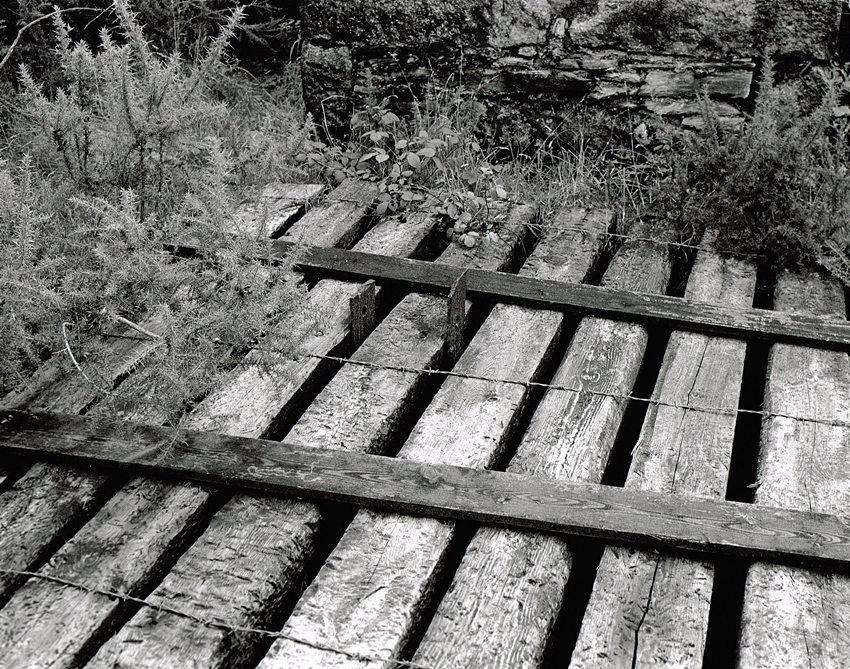 In front of the Stamps Loading is a covered shaft, this was pumped by the stamps engine to provide water for the dressing floors. The remains of the pump rod can be seen poking above the railway sleepers. 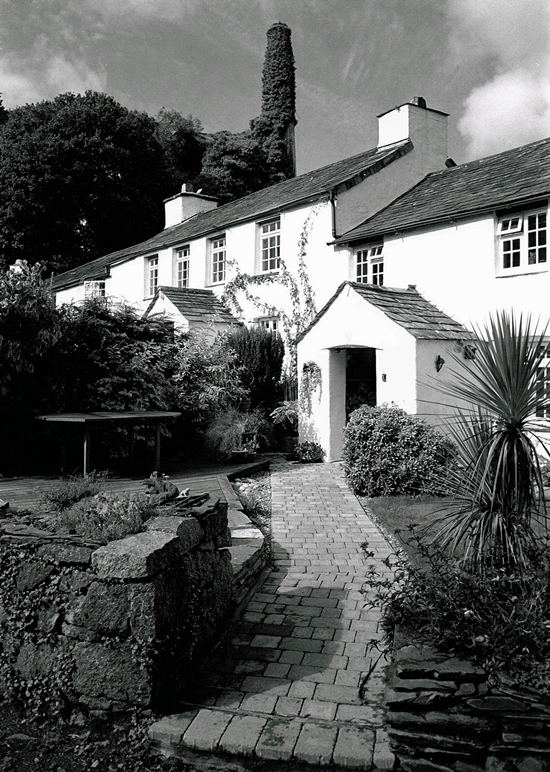 Standing behind a row of Miner’s Cottages this is the 50″ Broadgate Engine House of New Consols, the shaft here (Sattersthwaite’s) is 90 fathoms deep. The engine worked in the 1870’s. The house at this time was still roofed with the chimney, sadly it was struck by lightening and partly collapsed.

The rest of the New Consols images are of the amazing Engine House at Phillips Shaft. The roof was almost complete and many of the interior fixtures were almost as they had been left. The house was originally built in 1859 for a 50″ engine. It worked here until 1866 when the beam of the engine broke. 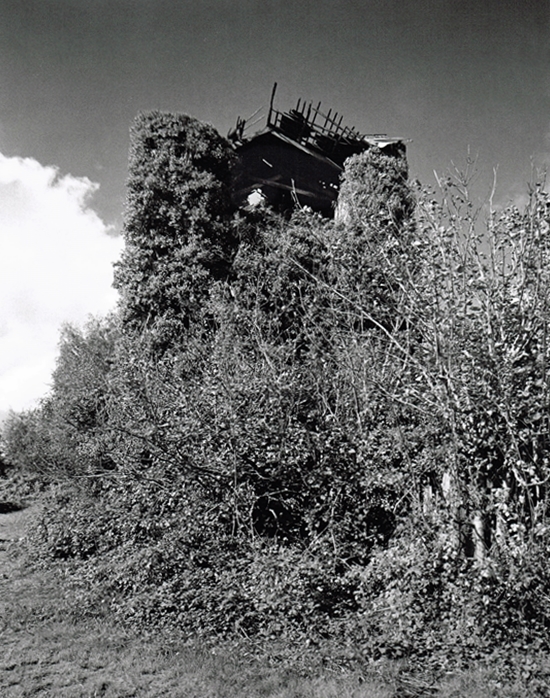 This is the Pumping Engine House on Phillip’s Shaft which had a depth of 96 fathoms. 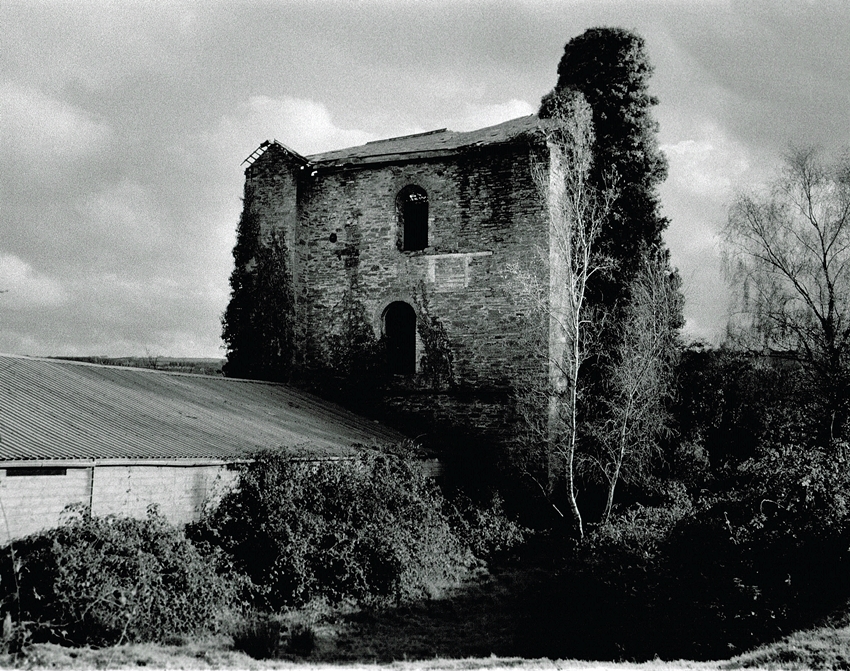 A view of Phillip’s Engine House from the Boiler House side, the stack is in the rear corner, as can be seen the roof was almost complete. In 1867 an 80″ engine was purchased by New Consols, the house was not big enough so wing walls were added and the Bob Wall was strengthened. 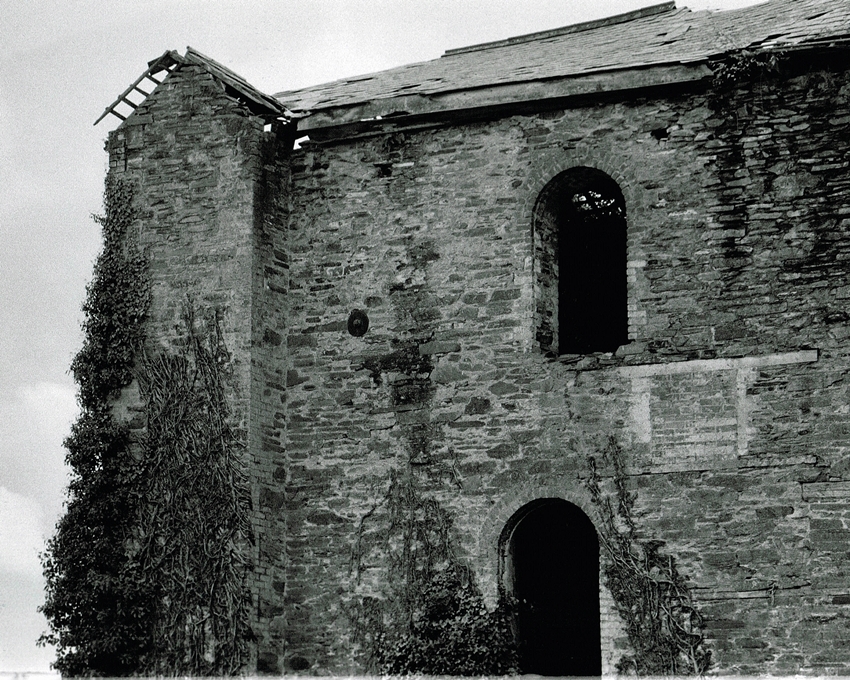 A closer view of the Bob Wall showing the wing walls quite clearly. 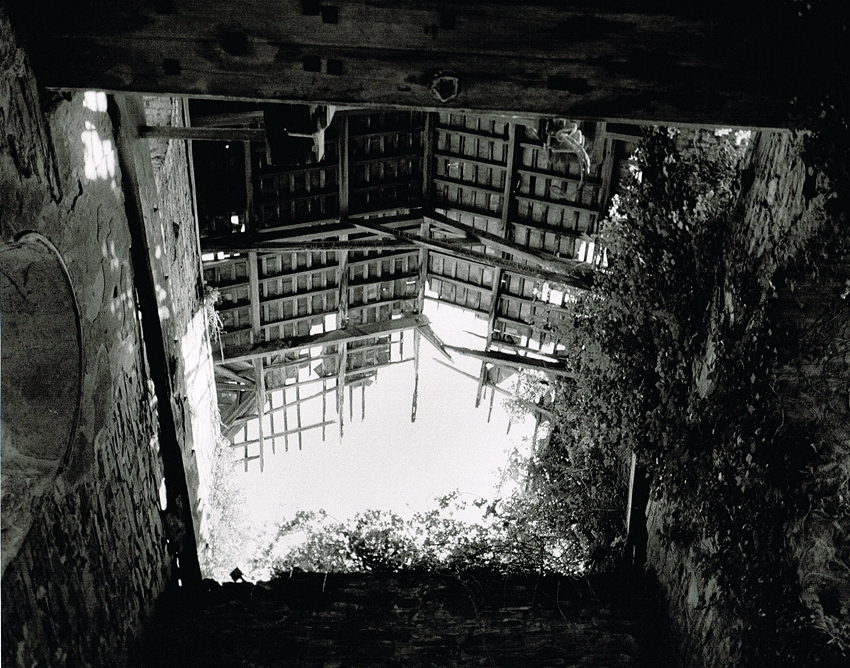 After gaining permission I entered Phillip’s Engine House to this amazing sight. 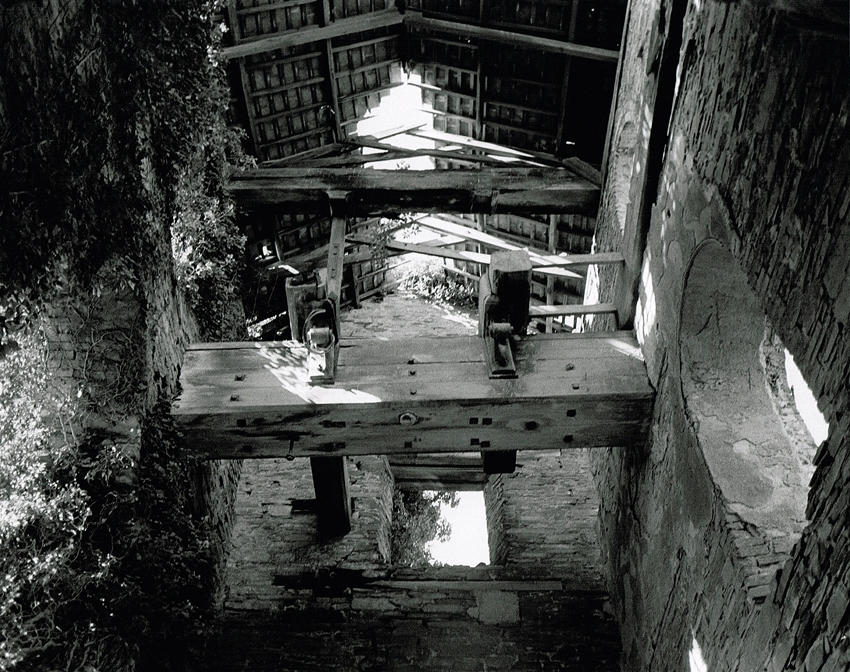 A sight rarely seen, the main girder still in situ along with the two parallel motion anchor brackets. 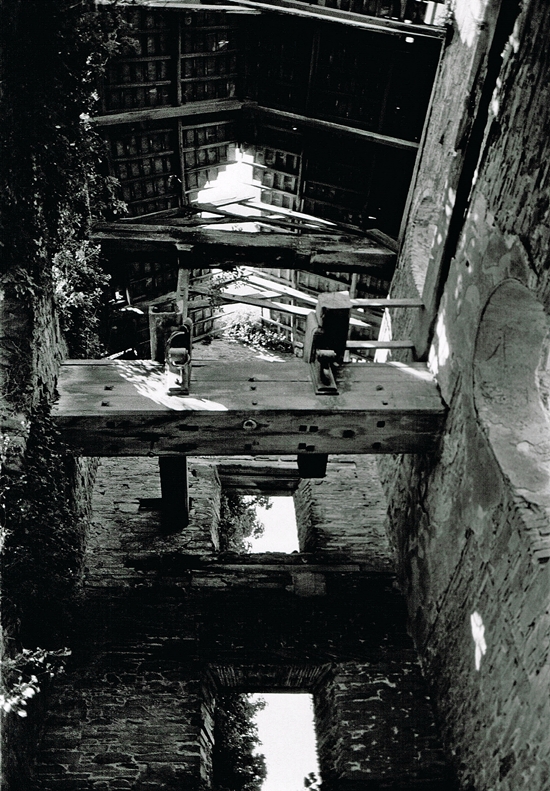 More of the front wall showing the amazing condition of the building. The engine remained here until 1938 after standing idle for nearly 60 years. 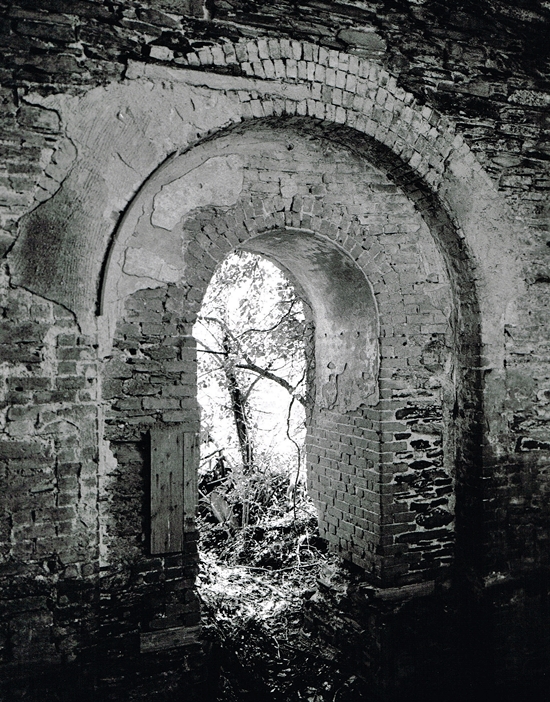 Inside the Engine House looking out,this is the doorway in the Bob Wall, strengthened when the 80″ engine was installed. 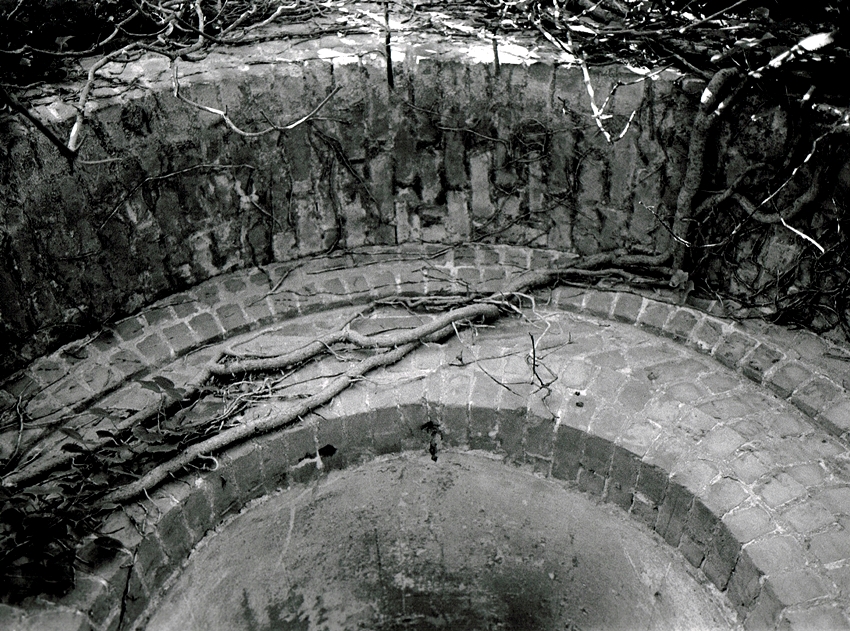 The final image on this New Consols page is a detailed photograph of the strengthening on the Bob Wall.

The site has been purchased and is managed by Luckett Heritage to preserve the mine buildings and remains.