Ding Dong Mine is generally thought to be one of the oldest in Cornwall, it’s claimed to have lodes worked as far back as pre-historic times. Situated on high on a lonely moor it is full of atmosphere and memories.

The workings of the sett which is over 1.5 miles long and a mile wide is a combination of 16 separate mines which merged in the early 19th century. Main production of the mine is given during 1814-1878, with a total of 3,472 tons of black tin recovered. 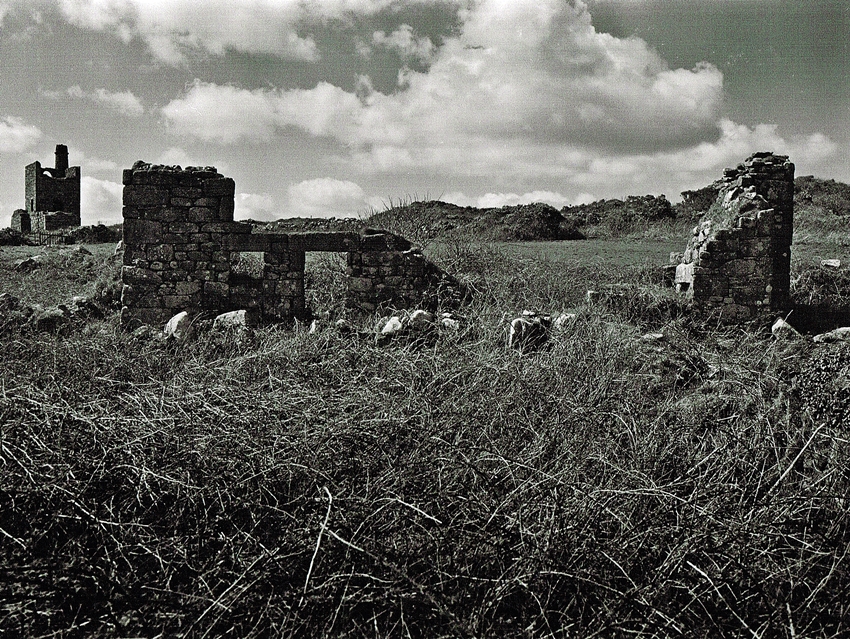 Ding Dong Mine 1: The ruins of the mine Counthouse, in the background is the Whim Engine House.

The mine finally closed in 1880 after the price of Tin had dropped to £41 per ton due to cheap Tin sources being developed around the world. Subsequent re-workings were attempted in 1912 and 1928 but with no success. Ding Dong Mine 2: This is the fine 40″ Pumping Engine House on Greenburrow Shaft. This house standing proud on the ridge can be seen for miles around.

At its height Ding Dong mine had five engines at work, and employed 250 people.

Today there are three remaining engine houses with Tin open works scattered around the moor, so please take care when exploring the site. 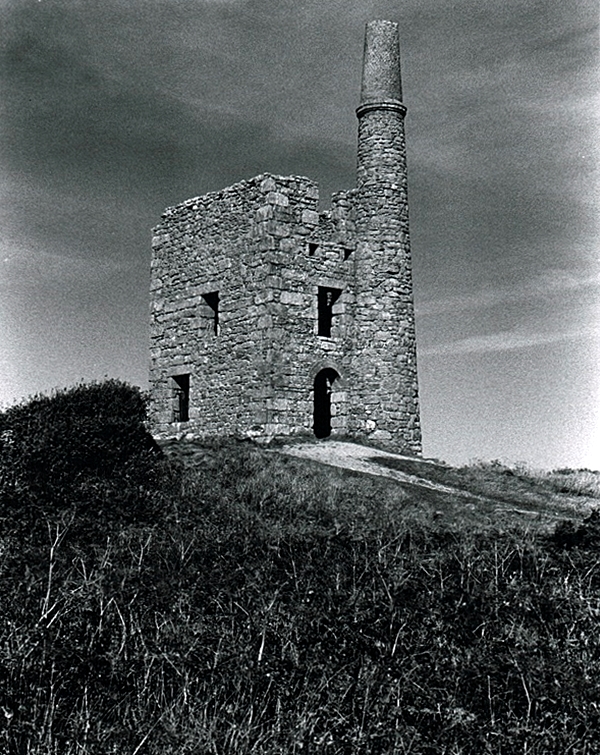 Ding Dong Mine 3: The Engine House was built in 1865, at the time of closure the shaft was 80 Fathoms deep. Ding Dong Mine 4: The Engine House was consolidated in the late 1980’s. 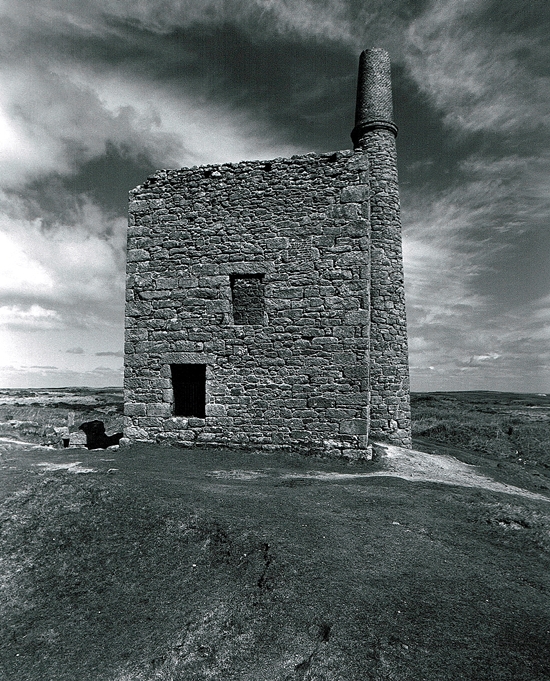 Ding Dong Mine 5: The burrows (waste tips) around the mine were re-worked between 1912 and 1915 for their Tin content. 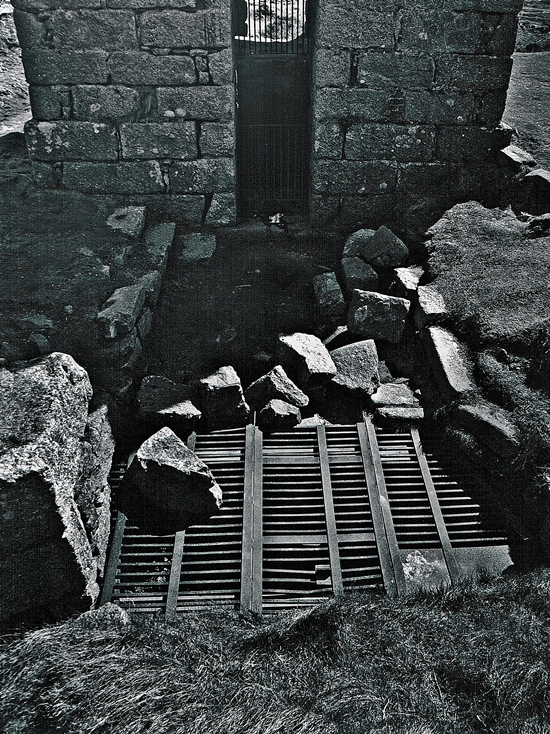 Ding Dong Mine 6: The shaft is securely covered with a strong iron grille, it is blocked a short distance down. 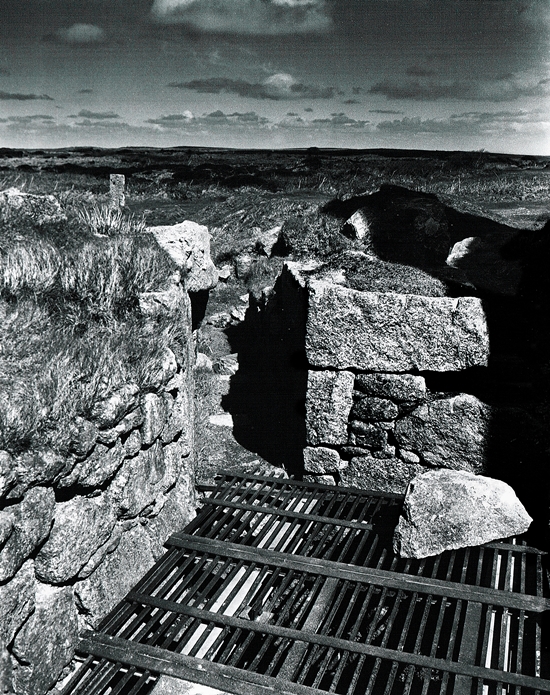 Ding Dong Mine 7: This image is looking out over the lonely moor. The masonry in the foreground leads to the balance bob pit, this was in place to help balance the weight of the rods in the shaft. 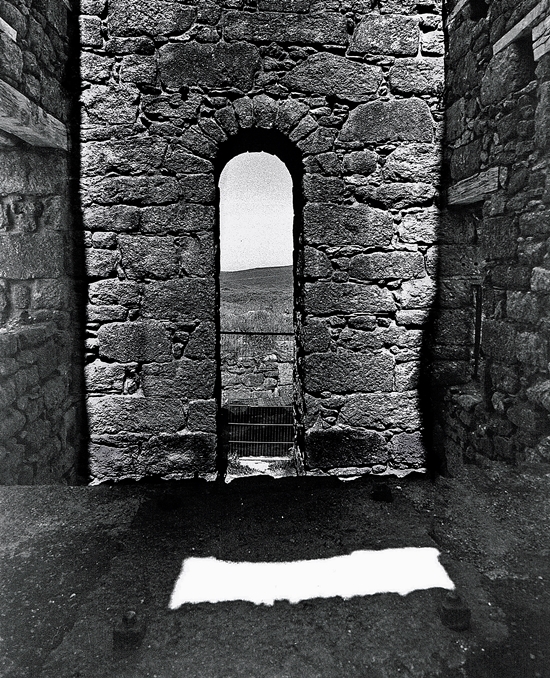 Ding Dong Mine 8: The interior of the Pumping Engine House. 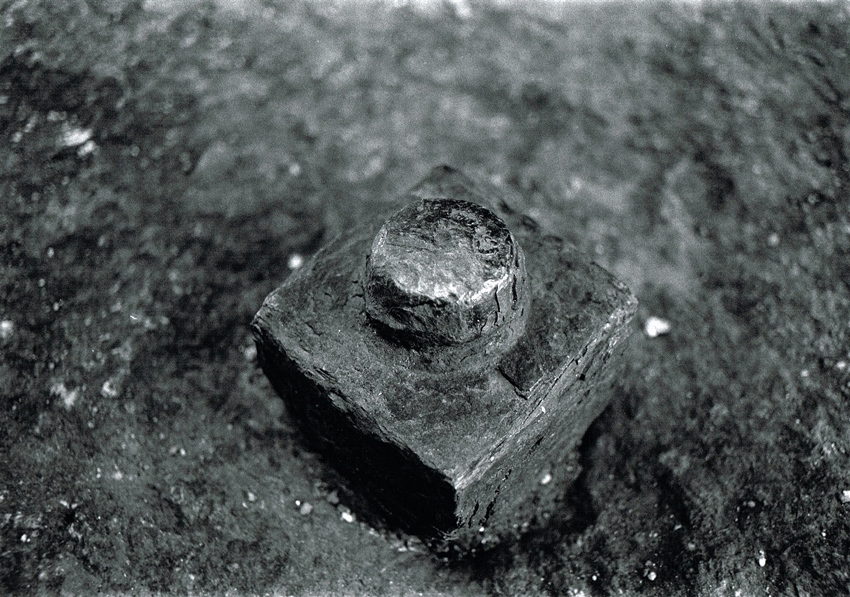 Ding Dong Mine 9: Still in place , this is one of the cylinder bolts in the Engine House.

The rest of the images on this page are taken further down the site away from Greenburrow Shaft. Ding Dong Mine 10: This is the 25″ Whim Engine House at the mine. Also taken in the late 1990’s, since then it has become more overgrown. 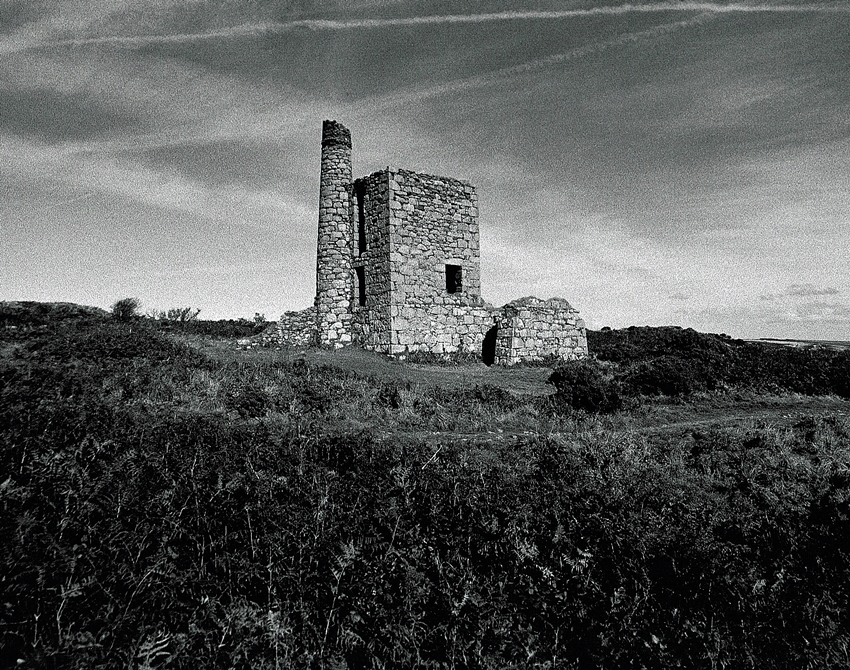 Ding Dong Mine 11: Another image of the Whim Engine House. It was known as Ishmael’s Whim Engine, it is one of my favourites to photograph. 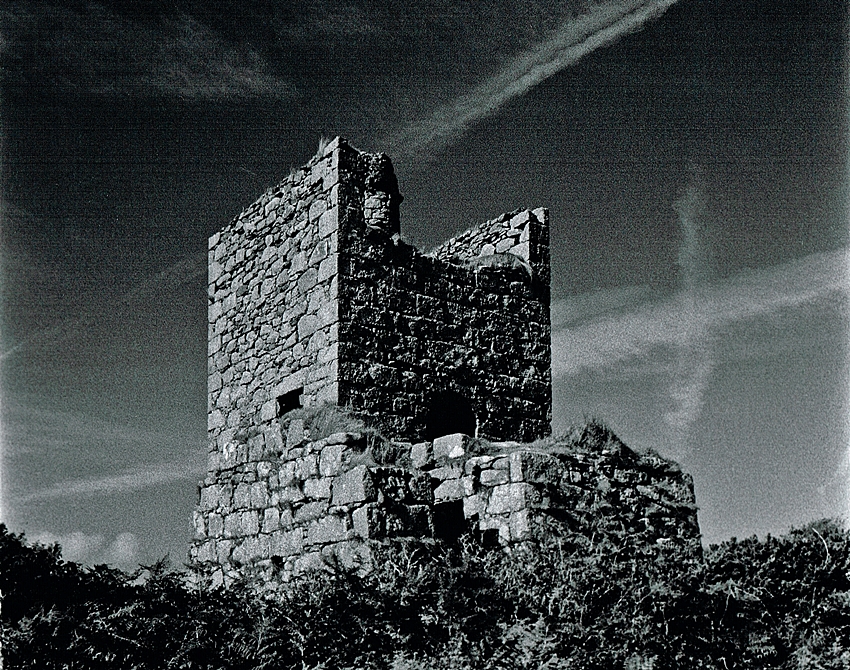 Ding Dong Mine 12: A view at the back of the Whim House. The loading for the flywheel are in the foreground. 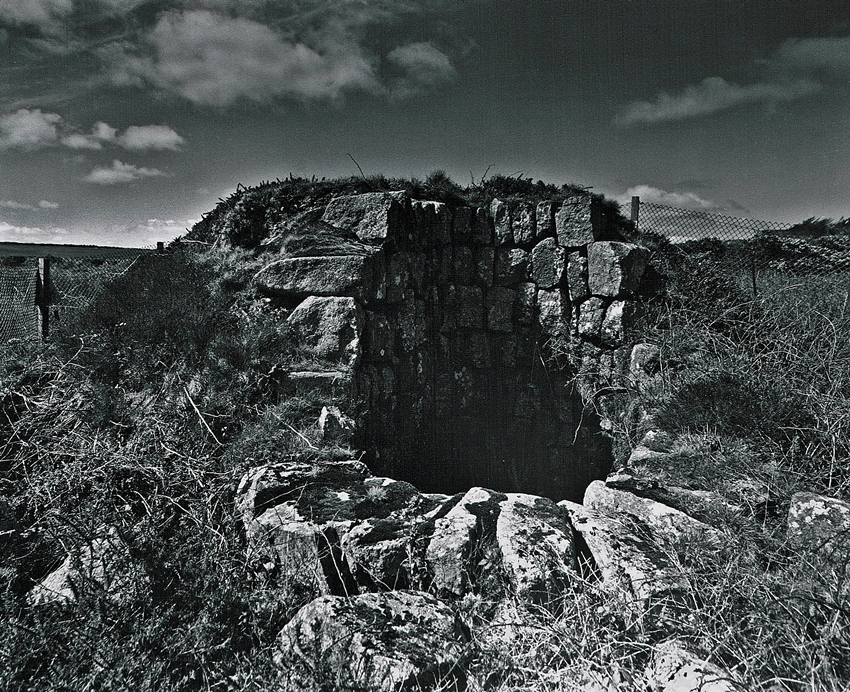 This is one of the fine brick lined shafts to be found at the mine. This one is fenced off but many more are known to exist on the site, so take care. 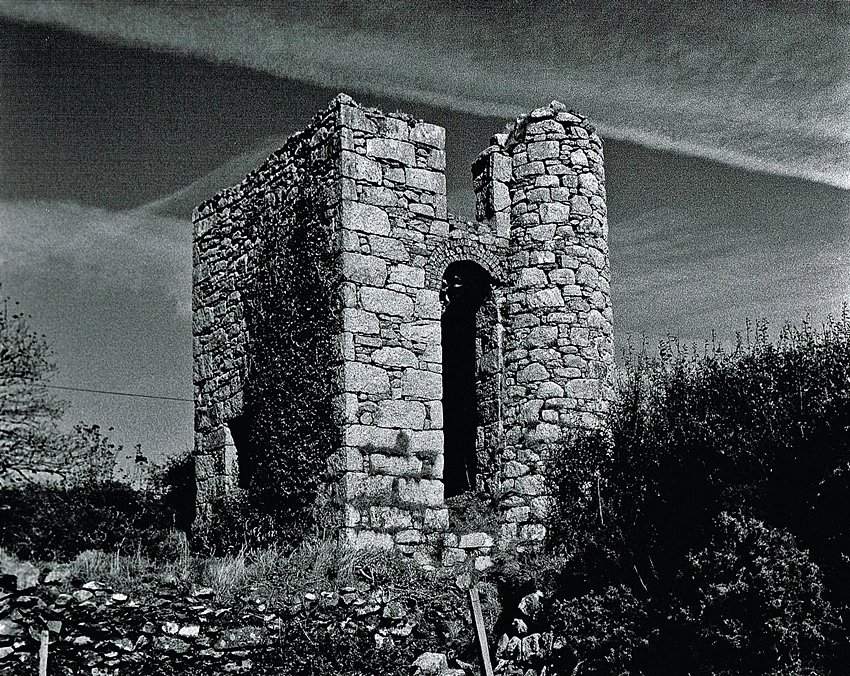 The Pumping Engine House on Tredinneck Shaft. This is the deepest on the mine at 135 Fathoms. The 30″ engine worked here from 1835 until the mine closed in 1880. Once again since the photograph was taken the vegetation has grown up fast around it. 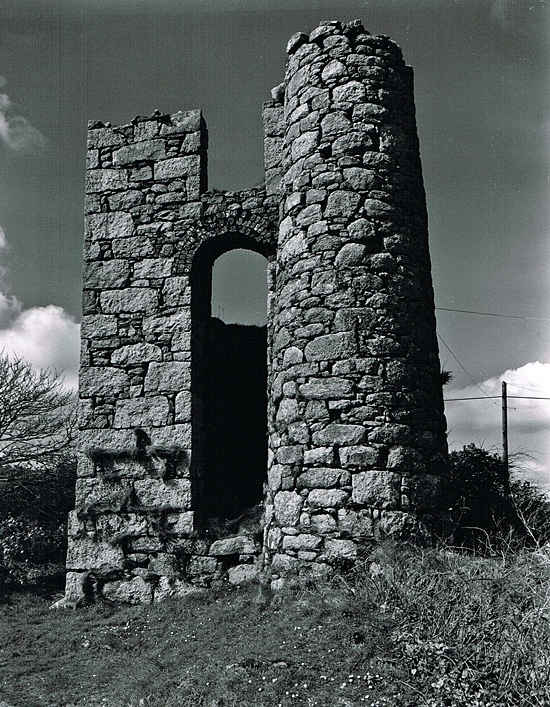 The site is located in the Parish of Madron. The surrounding area is barren and lonely but has a magic of its own. It is lonely part of the moor that has a lot of ghosts and memories. It is one of those places where it feels like there is someone behind you.