Killifreth Mine: This site is best known for the tallest remaining stack in Cornwall at Hawke’s (or Richard’s Shaft) Pumping Engine House. This building was erected in 1891 for an 80” engine, in 1897 there was an accident when the engine beam (bob) broke and the engine was subsequently scrapped. In a later reworking in 1913 a second hand 85” engine was installed in the house and the height of the stack was increased to provide sufficient draught for the four boilers which powered it along with an air compressor and a horizontal steam whim (Winding Engine). At the rear of the house the shaft is capped with a well preserved balance box pit, the shaft reached a final depth of 125 fathoms. The engine was scrapped in 1944 soon after the troops who were billeted in the area left for D-Day. 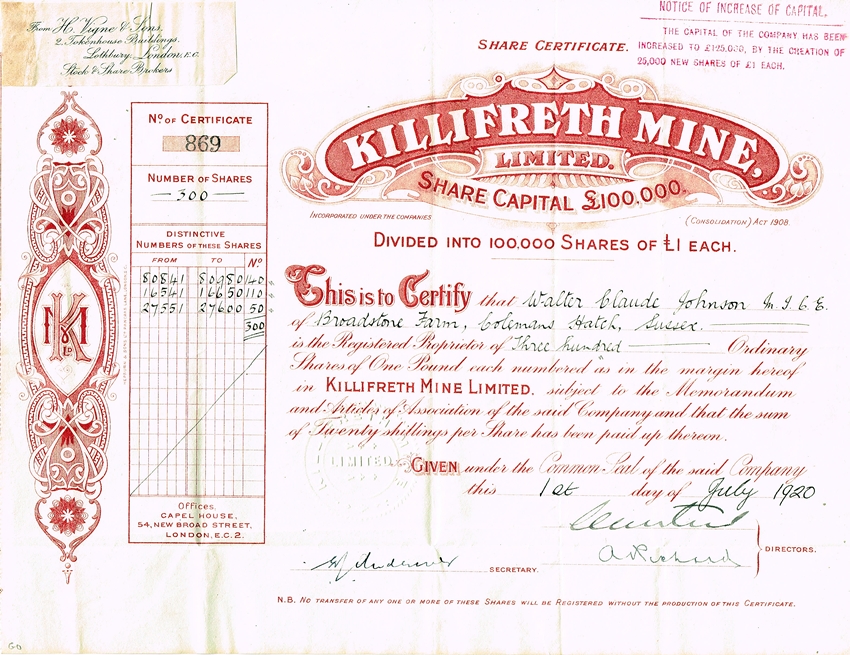 All the images on this page were taken in the mid 1990’s. 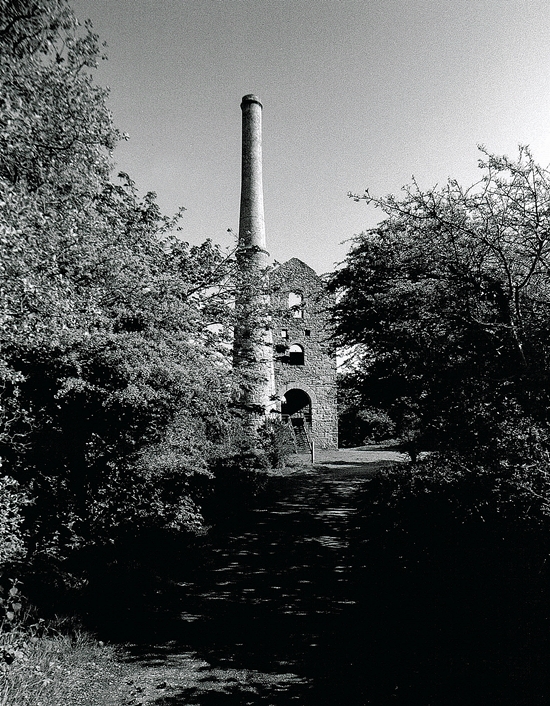 The first view of Hawke’s Engine House through the trees. The shaft is behind the house and reached a depth of 125 fathoms. Before capping the pump rod and rising main were still in situ in the shaft. 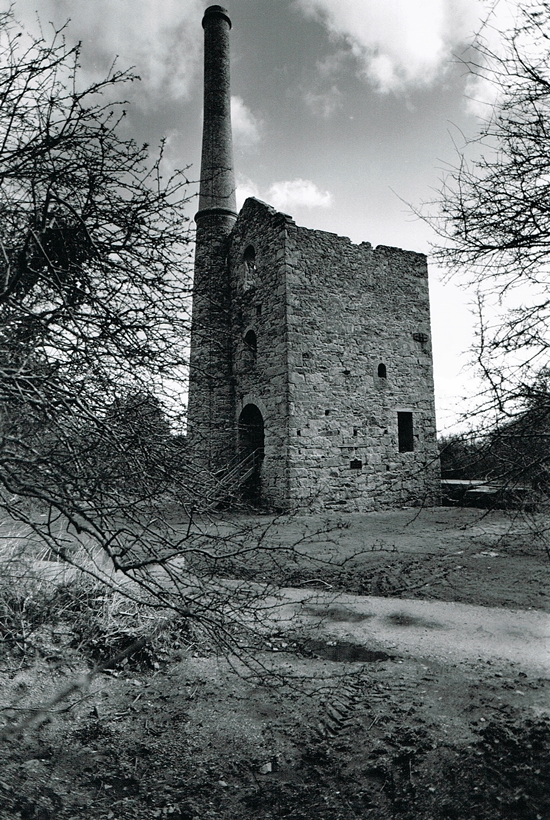 A second close image of the engine house from the boiler house side. The building was consolidated during 1987-8. It is a lovely Engine House, this is a nicely lit image. 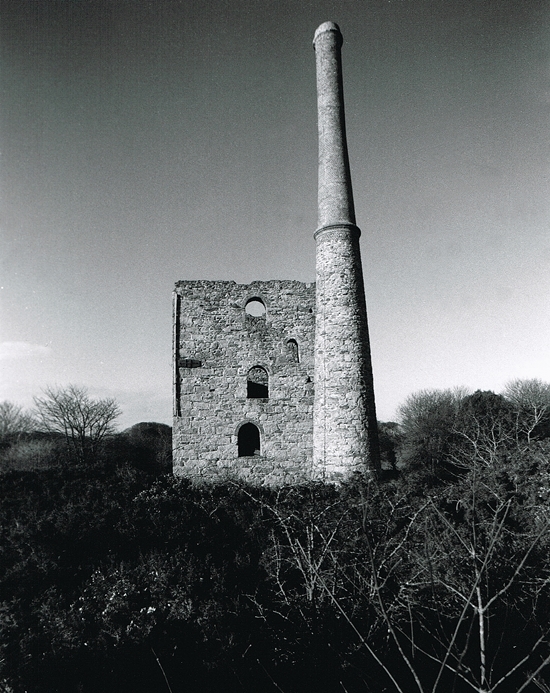 A good image of the engine house showing the finely proportioned chimney, there are more trees around the building since this was taken. 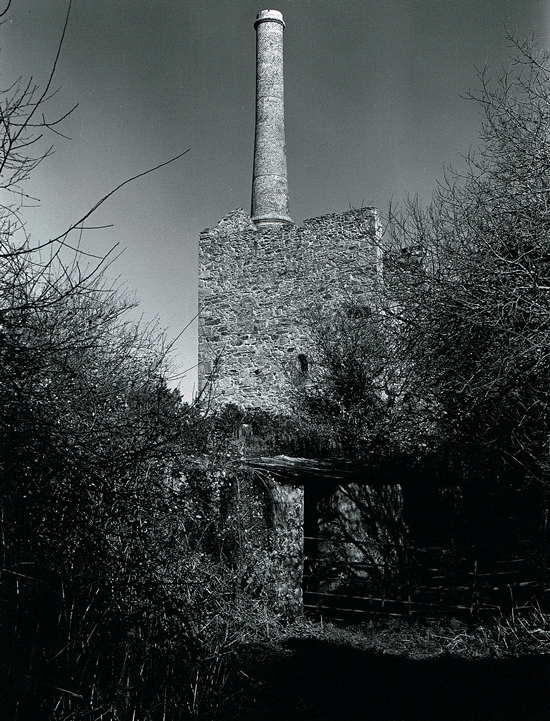 The building in the foreground now used by a farmer for storage once housed the steam driven horizontal double cylinder whim engine. 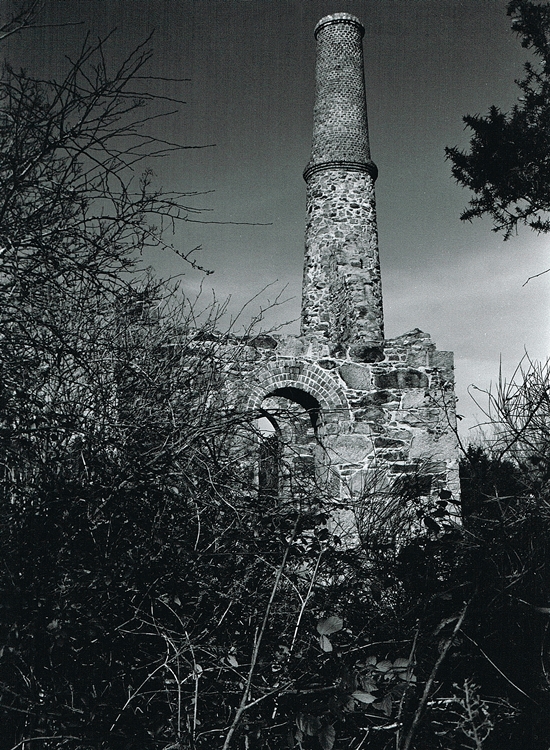 The 50″ Engine House on Old Sump or Engine Shaft of Killifreth Mine. 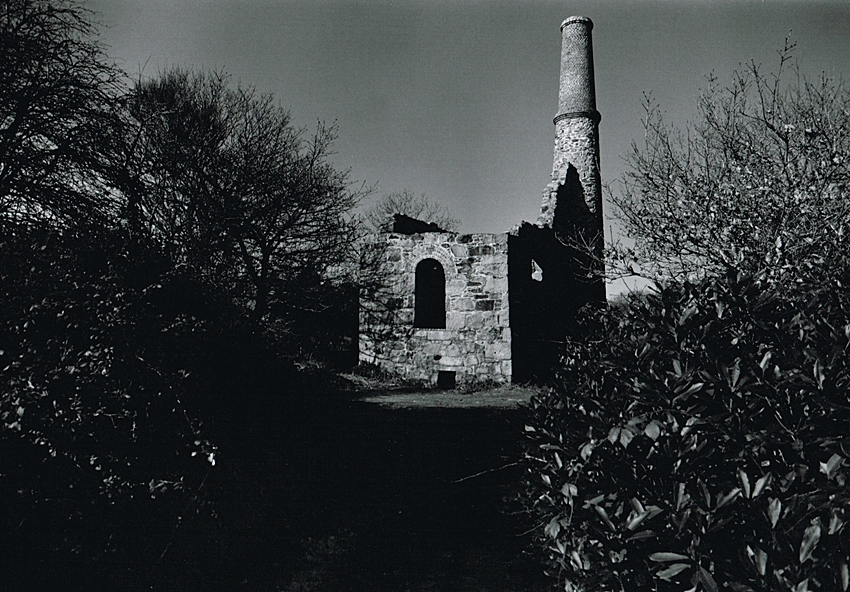 I visited the engine house again in 2013 with my partner Tracy, the area is now very overgrown and we had to battle through brambles to reach it. 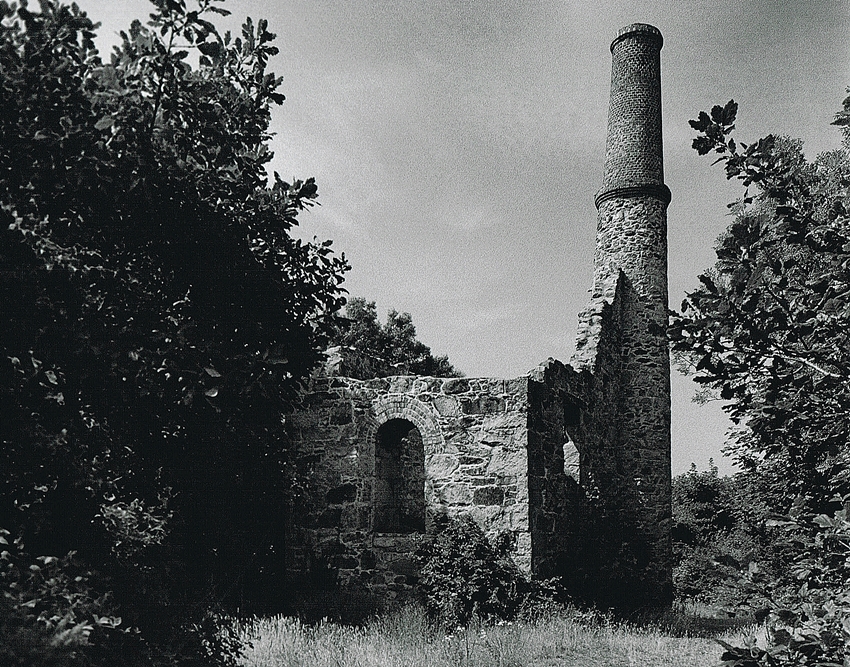 A final image of the Engine House on Old Sump Shaft at Killifreth Mine. 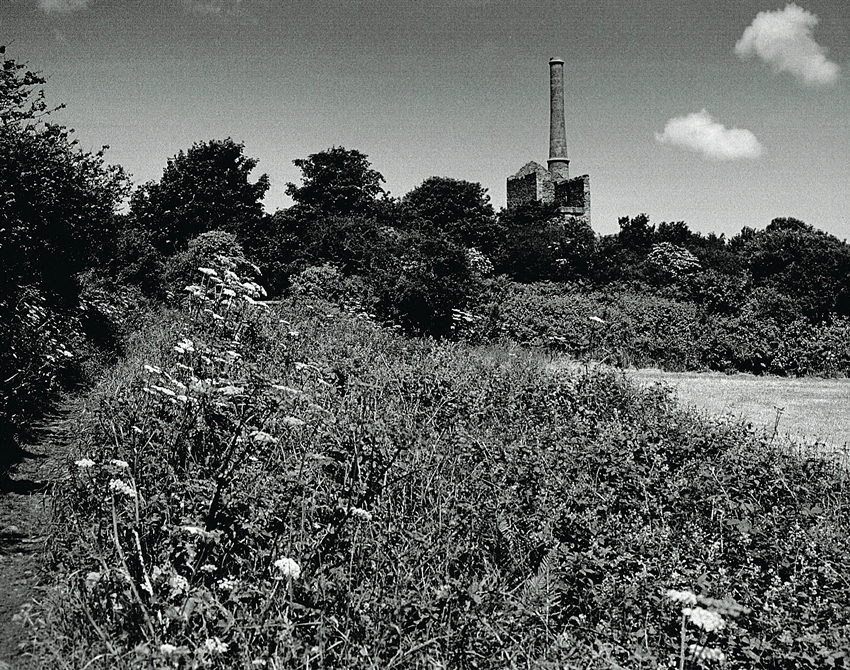 An image of the rear of the Killifreth Mine Engine House through the trees. An image of Killifreth Mine Stamps Engine House through the trees, the stack in the background served the mines Calciners probably dates form about 1890. 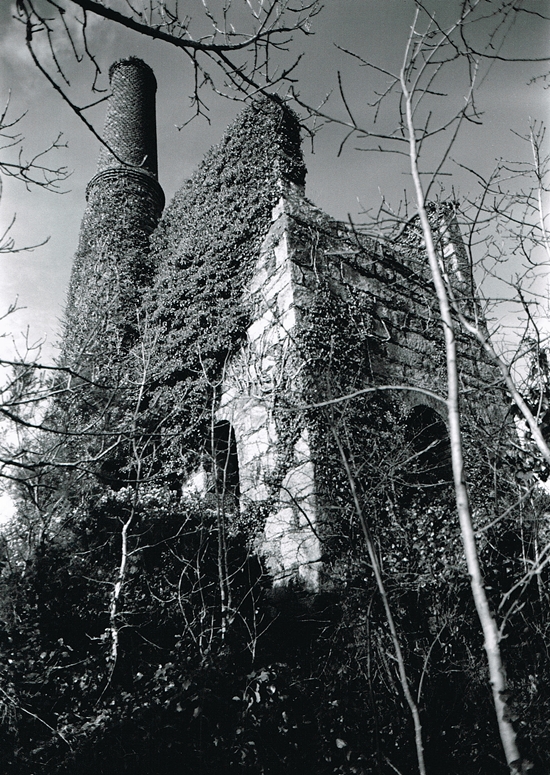 A closer image of the Killifreth Mine Stamps Engine House, it housed a 32″ engine which drove 64 heads of stamps. A final image on the Killifreth Mine page, this is taken from the boiler house side of the Stamps House, this was erected in 1875. The crankshaft loadings with the slots for two flywheels remain well preserved at the base of the bob wall.