Cooks Kitchen Mine began life in the 18th Century as a small rich Copper Mine. As the mine grew and went deeper the Copper ran out to be replaced by rich Tin lodes. The mine worked until the 1920’s along with its close neighbour Tincroft. During the early 1900’s both mines had merged to become Carn Brea and Tincroft Mines.

The mine reached a final depth of 420 fathoms, the miners were assisted by a Man Engine to get underground. This took them to 234 fathoms, the rest was done on ladders. During its working life the mine produced 40,920 tons Copper,8,859 Tons tin and 120 tons of Arsenic.

Cooks Kitchen is quite an unusual name for the mine is said to have originated when a miner called Cook found the main Tin lode, he said “it was as wide as his kitchen”. Very little remains today apart from the two engine houses at Chapple’s Shaft, the remains of the Man Engine were buried under rubble a few years ago.

During 2018 I am very pleased to say the Man Engine Site has been excavated and investigated by an Archaeological Unit. I was allowed access and I hope to print the images in 2019.

Please note these Engine Houses are situated on private property. The majority of these images were taken during the 1990’s. 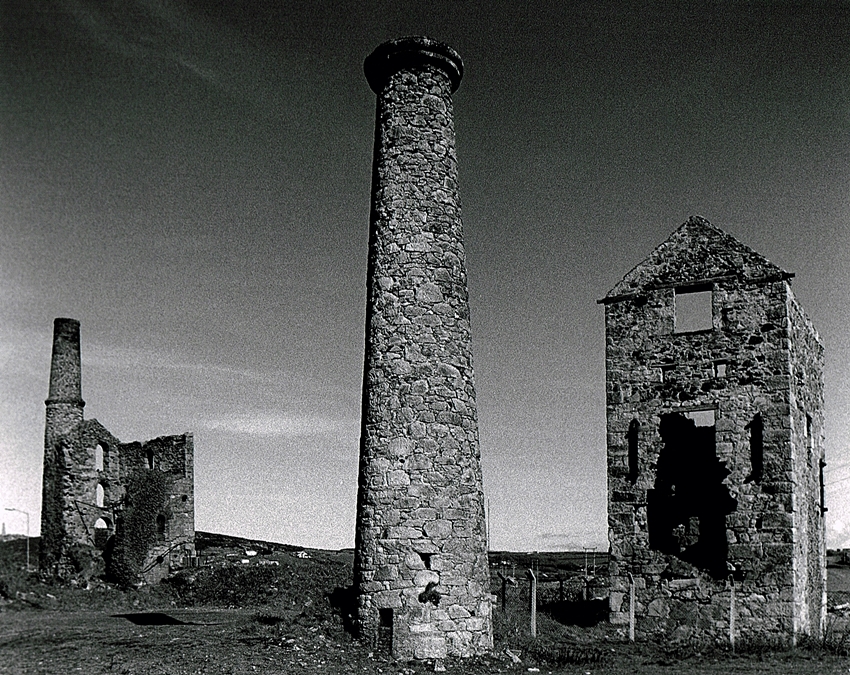 Cooks Kitchen Mine 1: This is the pair of engine houses at Chapple’s Shaft. In the foreground is the stack for the Pumping engine lacking its brickwork top. The Pumping house on the right has the smashed front wall where the cylinder was removed. The Whim house on the left has lost one of its walls. 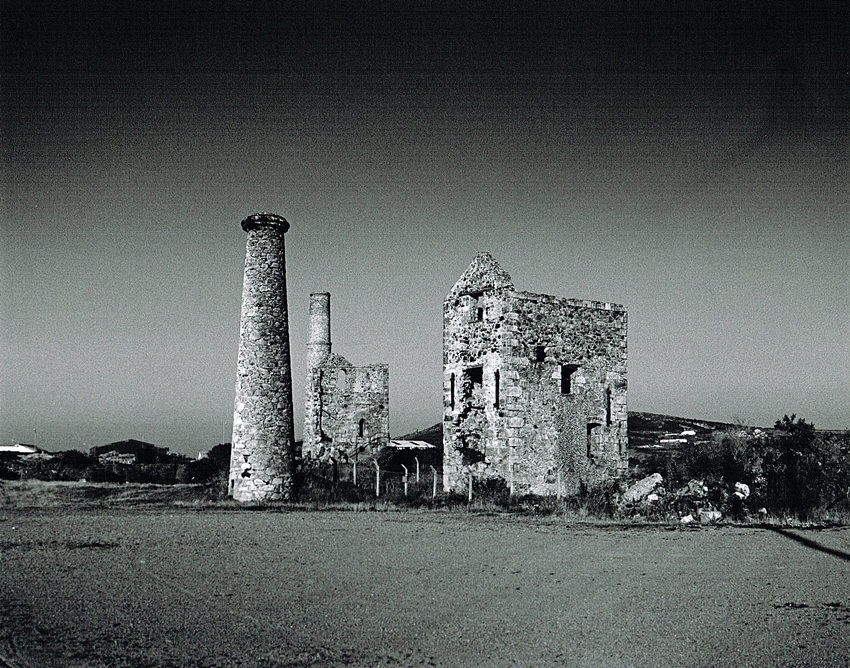 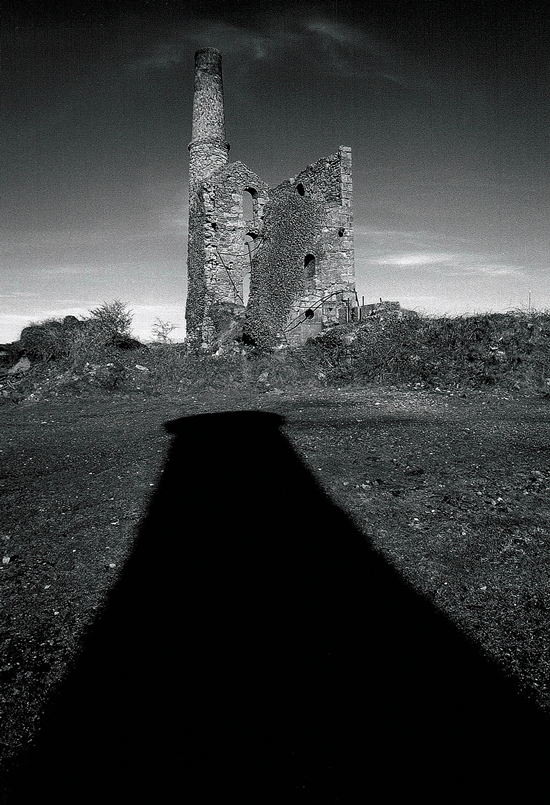 Cooks Kitchen Mine 3: The house of the 26″ Whim Engine at Chapple’s shaft. The shadow of the chimney from the pumping house leads well into the image. 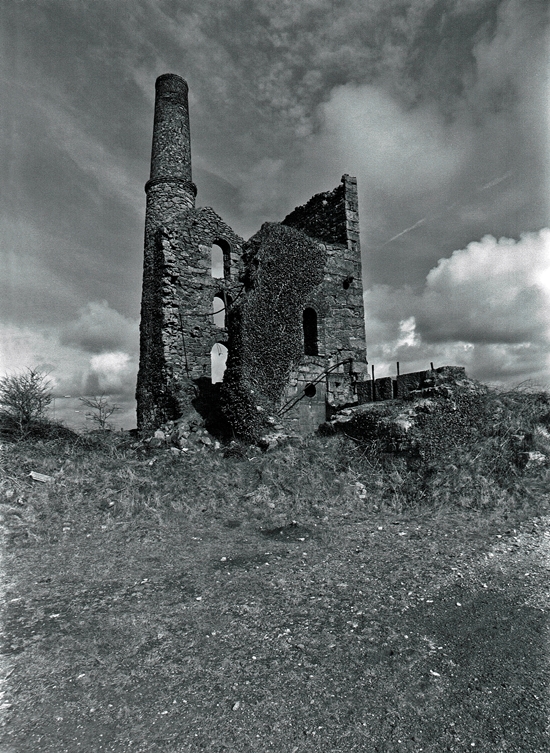 Cooks Kitchen Mine 4: The wall on the Boiler House side had collapsed, luckily the rest of the walls were saved. The engine here worked from 1860 -1888, the shaft here was narrow and only a kibble was used for hoisting. The loadings for the flywheel are in front of the house, the fixing bolts can still be seen standing up. 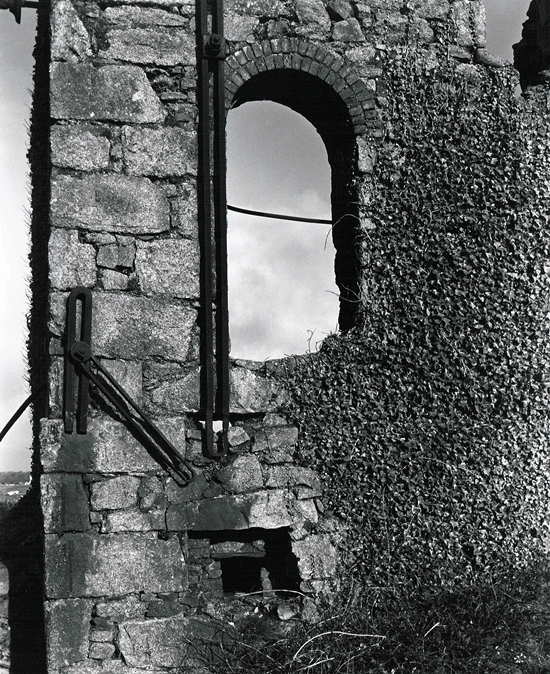 Cooks Kitchen Mine 5: The Whim Engine House is heavily braced with iron strapping. This would suggest that when it was working the house was already suffering structural problems. 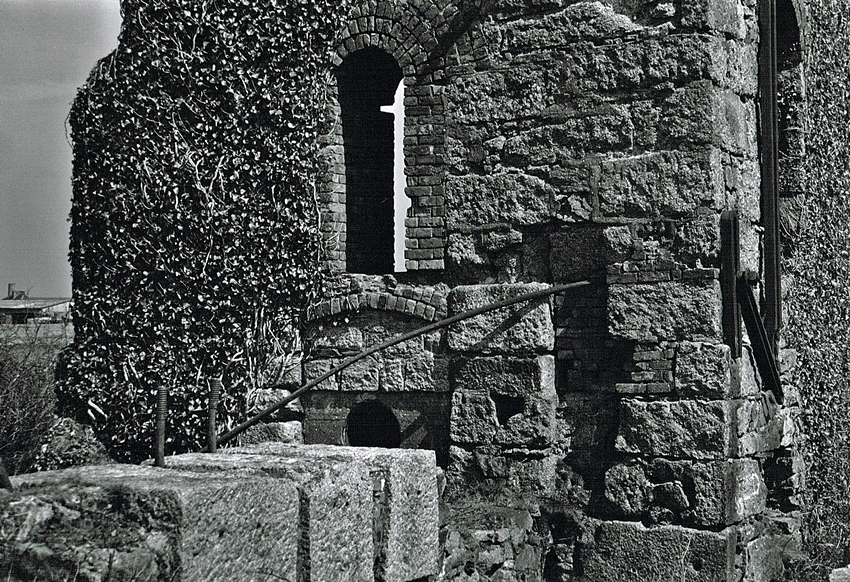 Cooks Kitchen Mine 6: The base of the Bob Wall of the Whim Engine House. In the foreground are the foundations for the flywheel with bolts still in place. 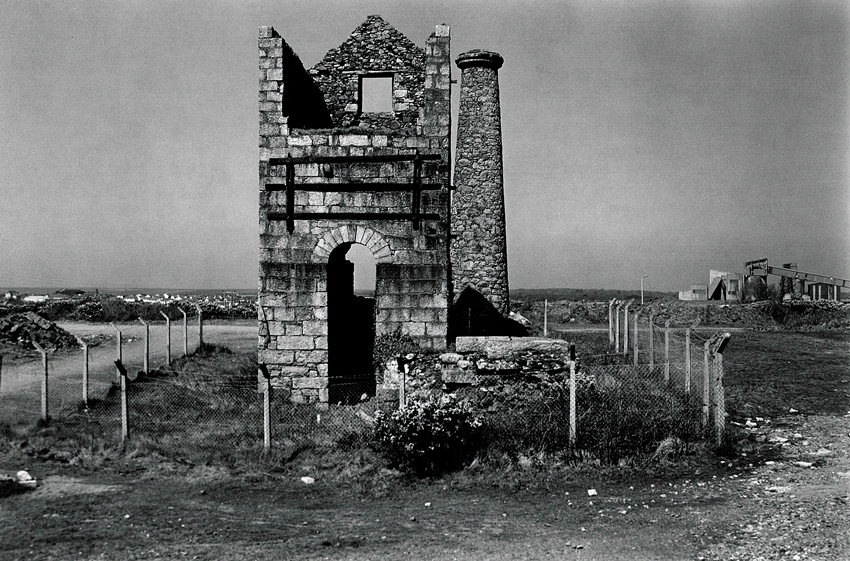 Cooks Kitchen Mine 7: The Pumping Engine House with its separate stack, the engine here was originally a 50″ cylinder. In 1872 it was converted to a 55″ because the mine got deeper. Again the house is heavily braced to reinforce the walls due to issues with the building..
In the background are the South Crofty ore bins at New Cook’s Kitchen Shaft, this was taken after the mine was had closed. 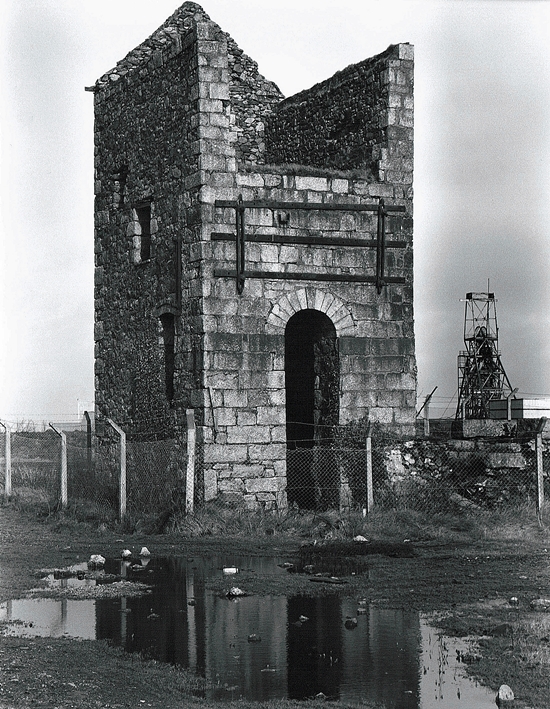 Cooks Kitchen Mine 8: A closer image of the Pumping Engine House. In the background is the headframe over New Cooks Kitchen Shaft South Crofty Mine. Cooks Kitchen Mine 9: The intact south wall of the Whim Engine House, I am standing on or near the location of the Man Engine House. 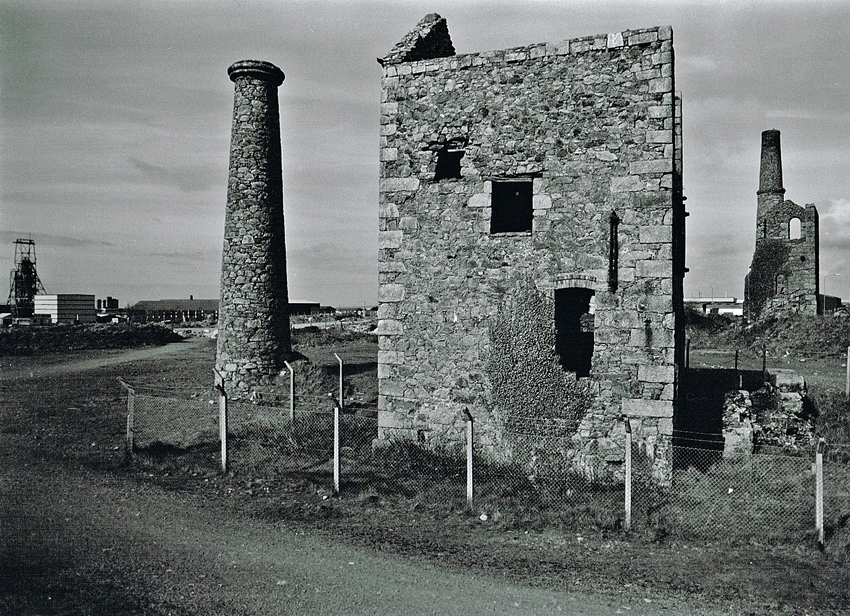 Cook’s Kitchen Mine 10: The classic view of the two Engine Houses at Chapple’s Shaft. It has always been a favorite walk for me to have a look at these fine Engine Houses. 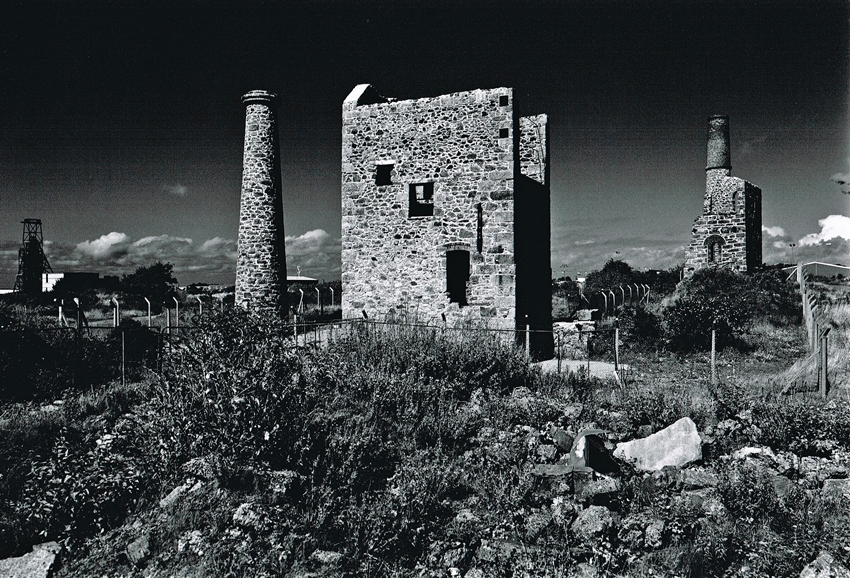 Cook’s Kitchen Mine 11: Finally, the same view, however this one was taken 15 years later. Here the Engine Houses had received much needed structural repairs and stabilisation. The headframe of South Crofty still stands in the background.