Very little remains of Tincroft Mine, it has disappeared beneath modern developments. Until the 1960’s the whole area was a wasteland of vast burrows and tailings, now its difficult to visualise the landscape that once was.

Carn Brea & Tincroft Mines were merged in 1896, the ajoining Cooks Kitchen Mine had been taken over in 1895 by Tincroft Mine so both were absorbed into the one operation. Only one Engine House of Carn Brea Mine survives, but at South Tincroft there are two remaining structures. A Compressor House and a Man Engine House still remain and make a prominent landmark on the road to Brea Village.
Operations closed in 1921 with a total output from Tincroft as: 112,700 tons Copper 32,972 tons of Tin, and 6,530 tons of Arsenic, Carn Brea Mine in its life produced: 237,493 tons Copper 29,600 tons Tin and 4,140 tons of Arsenic. 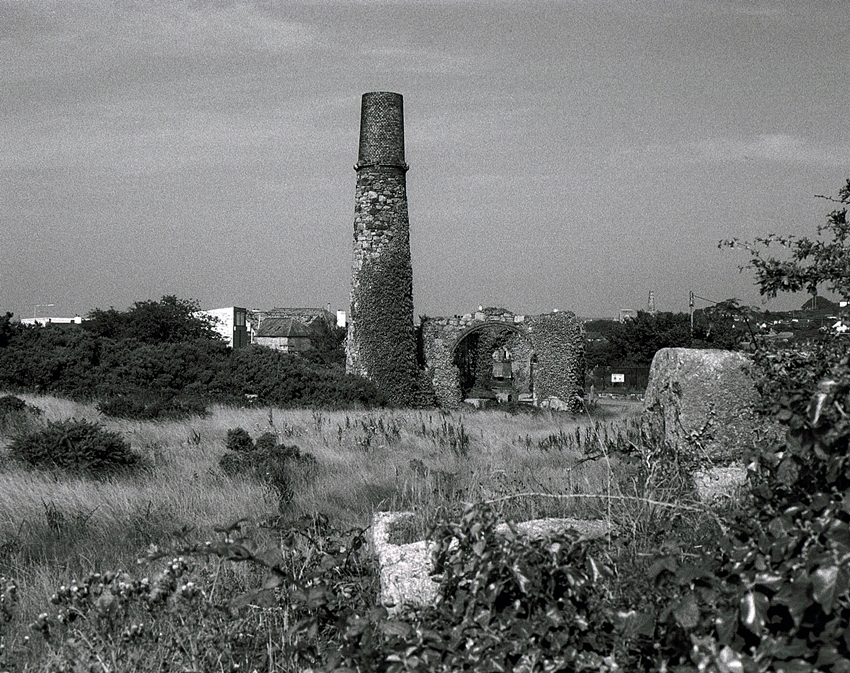 This is the South Tincroft Compressor House, it was home to a machine built by Harvey & Co in 1891. 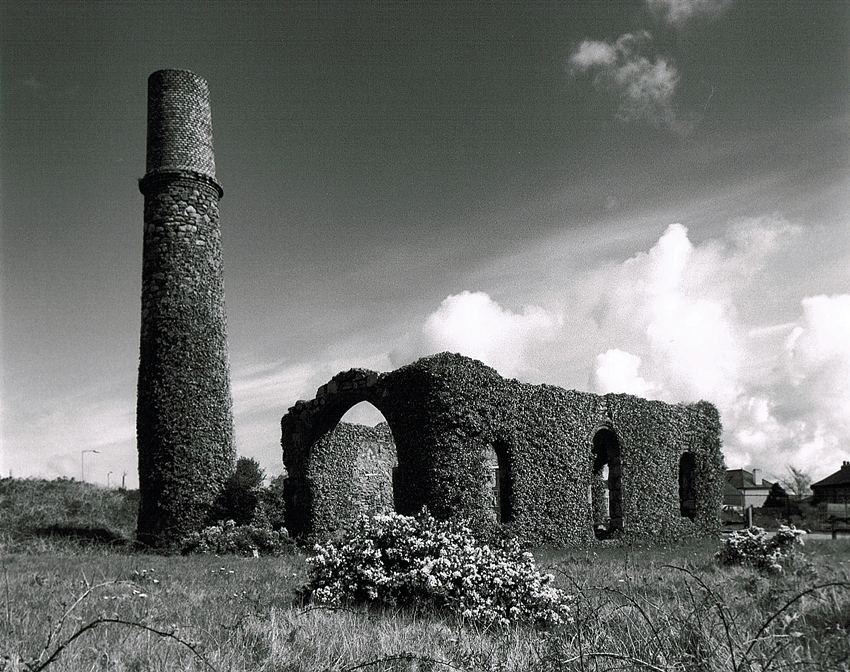 A side view of the Compressor House, this was taken long before the building was cleaned and stabilised. The chimney was shortened in recent years due to safety concerns. 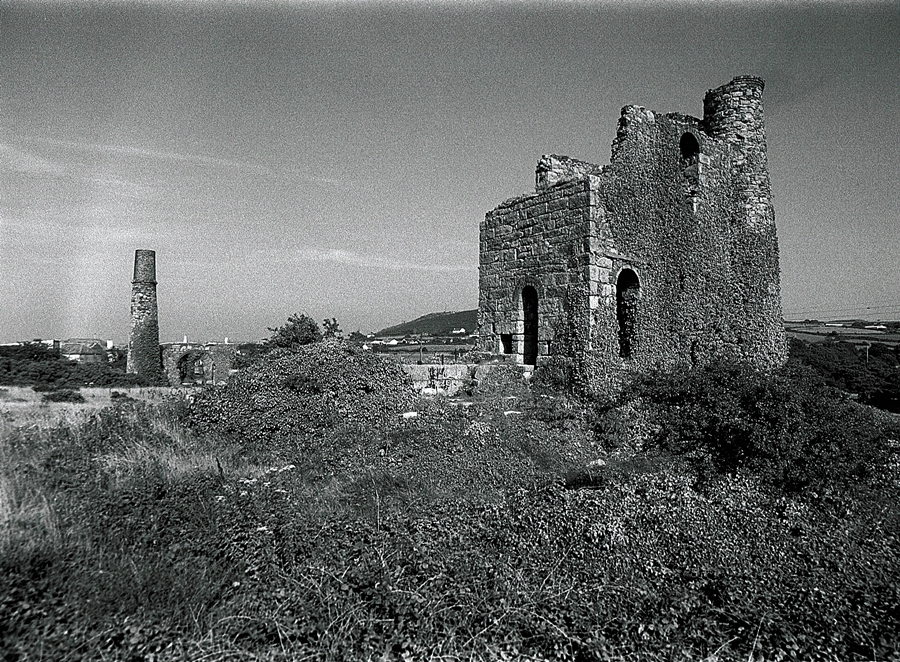 Both remaining structures on the site the Man Engine House is on the right of the image. The fine brick arches of the Compressor House. This supplied air to the drills used underground and two air winches. 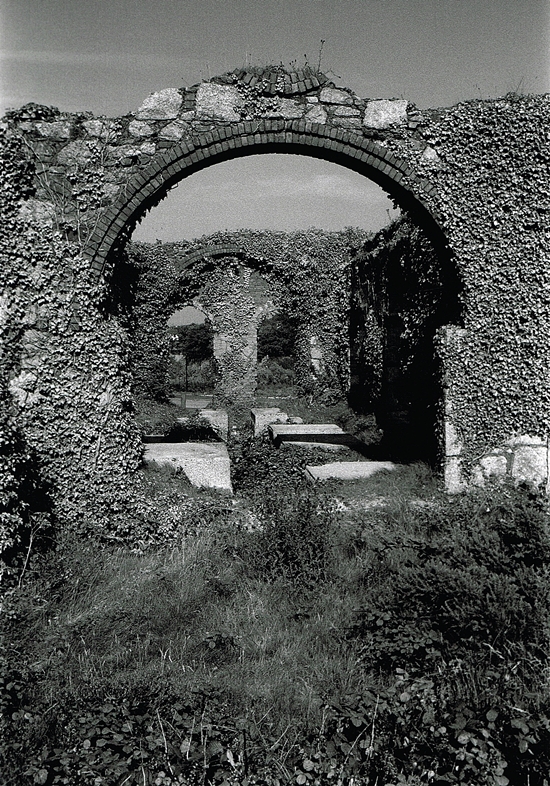 The granite mounting blocks for the machinery are still in place. 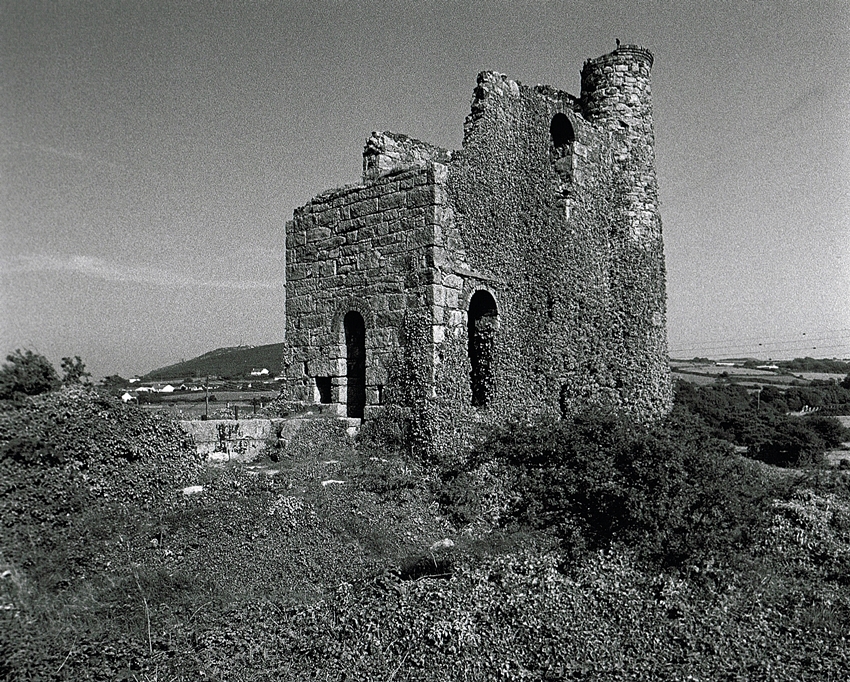 A closer view of the South Tincroft Man Engine House. It held a 26″double acting beam engine, this is taken from the boiler house side which contained two Cornish Boilers. 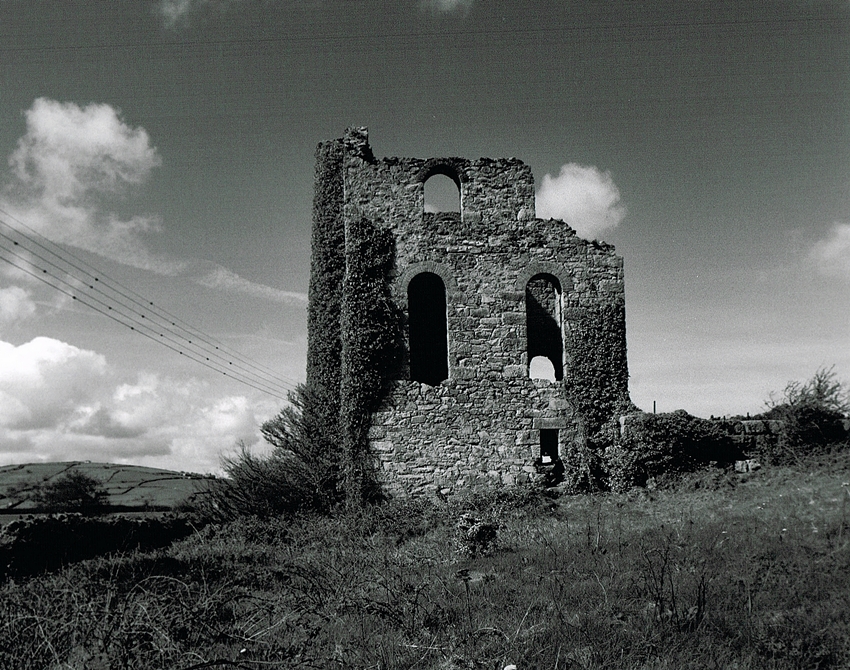 A view of the Man Engine House from the other side, the engine was installed in 1863. It worked until 1891 when it had reached a depth of 170 fathoms. 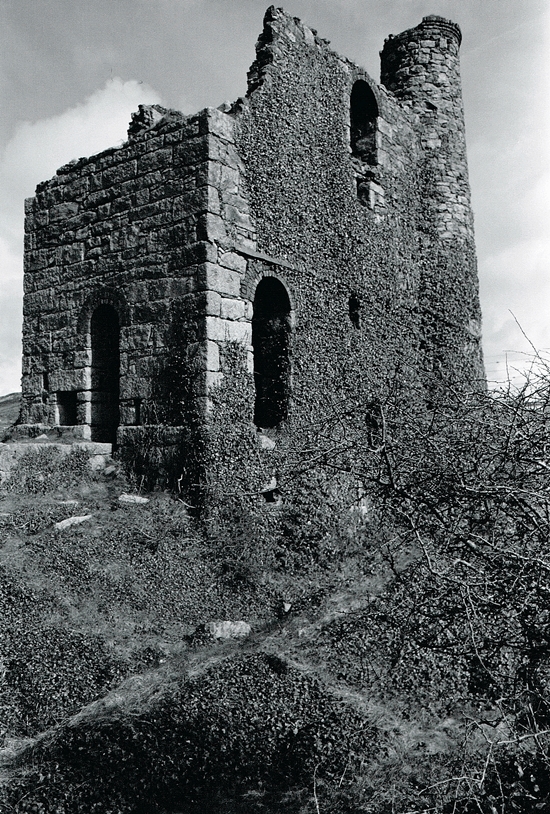 Once again from the boiler house side. This is the most complete Man Engine House in Cornwall. From this side the fine arched windows can be seen clearly. This engine stopped work in 1891 but the beam engine carried on as a whim. 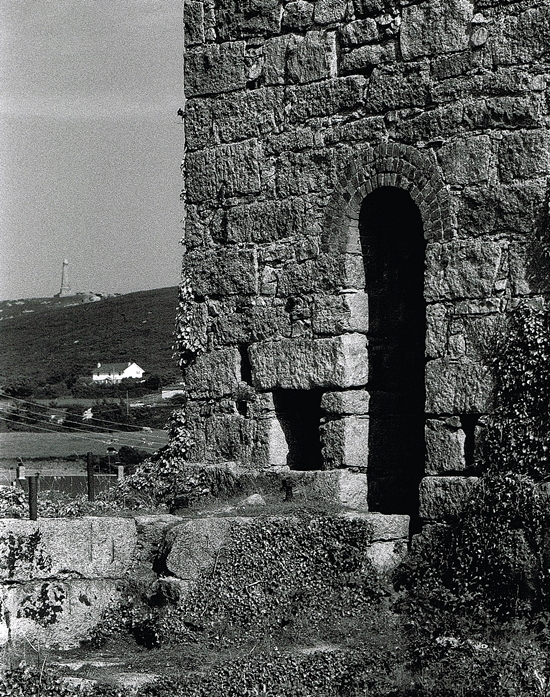 A close up of the Plug Doorway in the Bob Wall. The loadings in front still retain the fixing bolts for the machinery. In the background is the Carn Brea Monument. 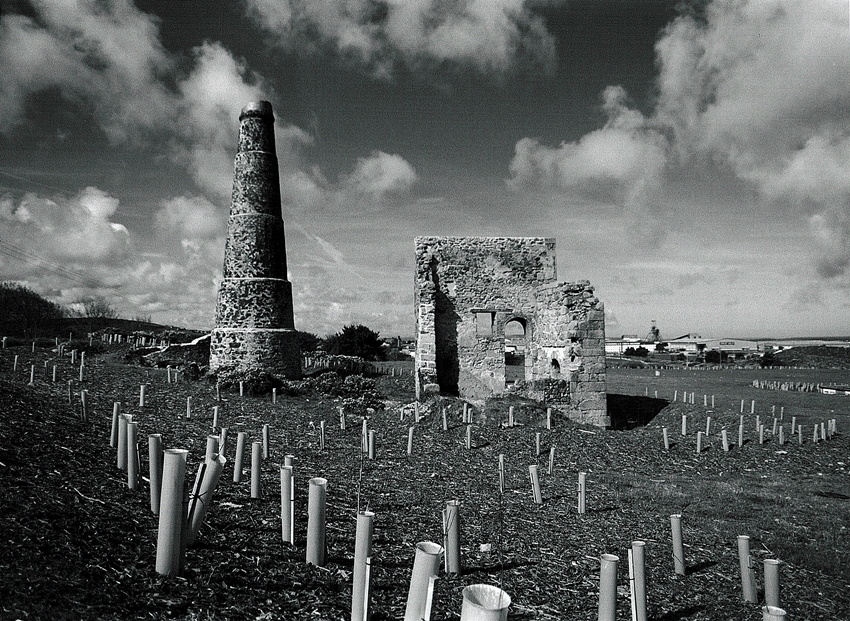 Built in 1837 this is the sole surviving structure of Carn Brea Mine, it was a Stamps Engine House that contained a 32″ engine that was still working up to 1913.

A letter with the Carn Brea and Tincroft Mine Logo. 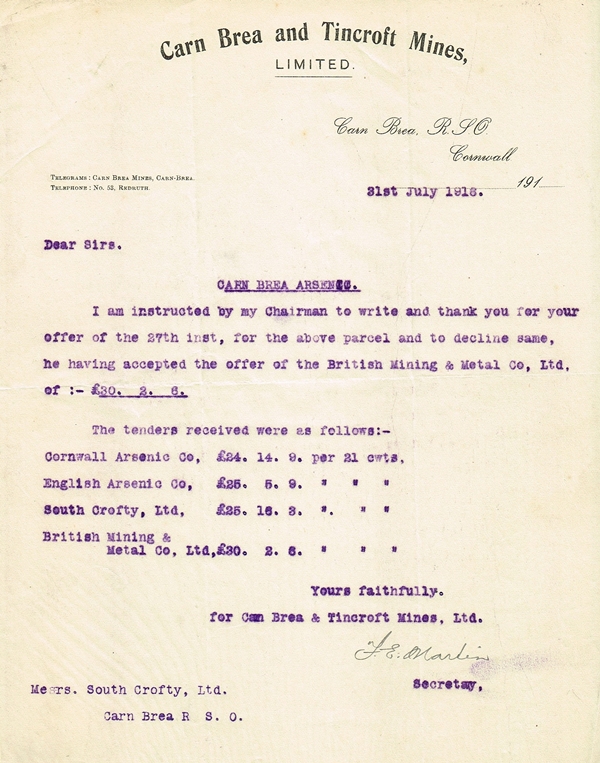 Below is the General Manager’s Report to the 30th June 1914, it is interesting to note on the Chairman’s Report page 3 it is reported that the Carn Brea Section had been relinquished, and work will be concentrated on the Tincroft Sections of the Mine.
Click on the image to see a larger version. 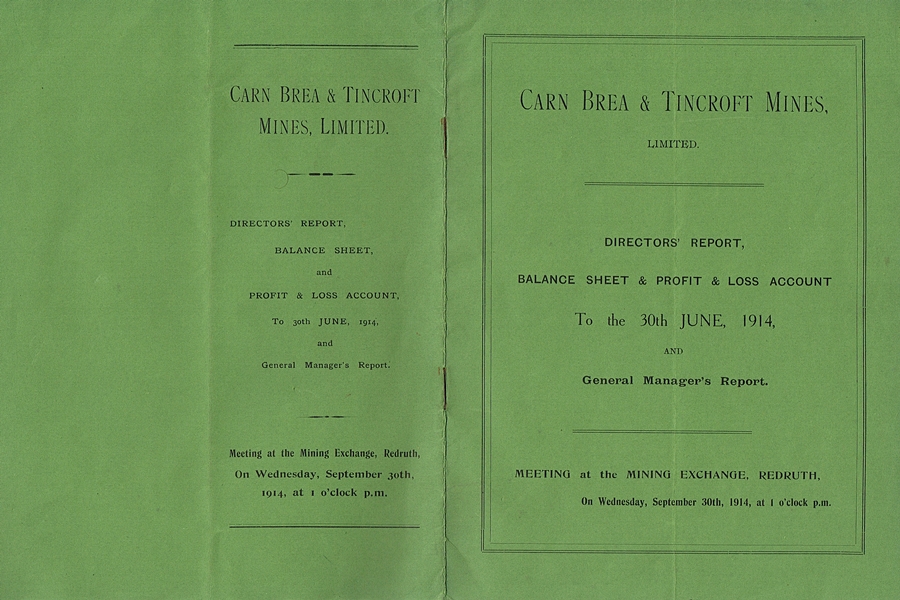 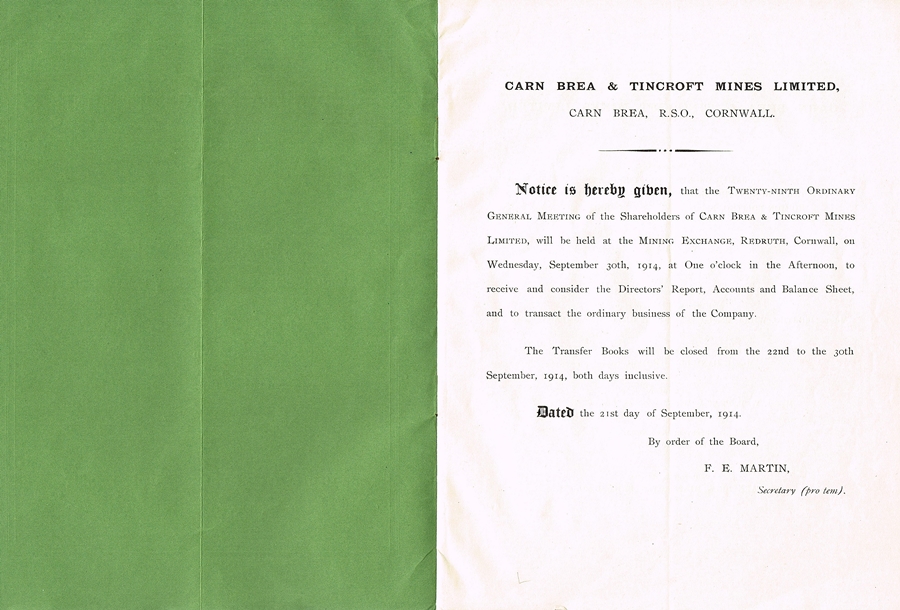 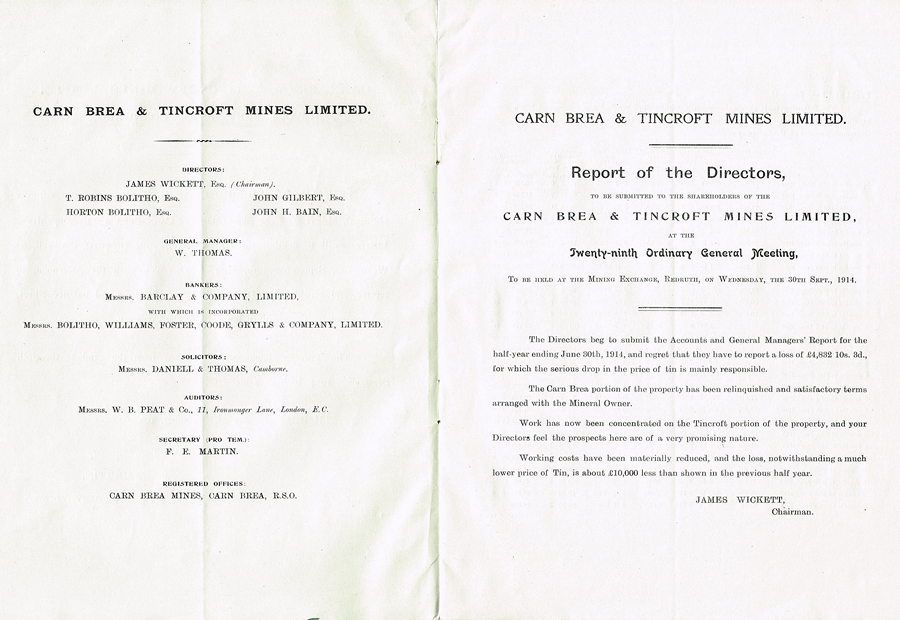 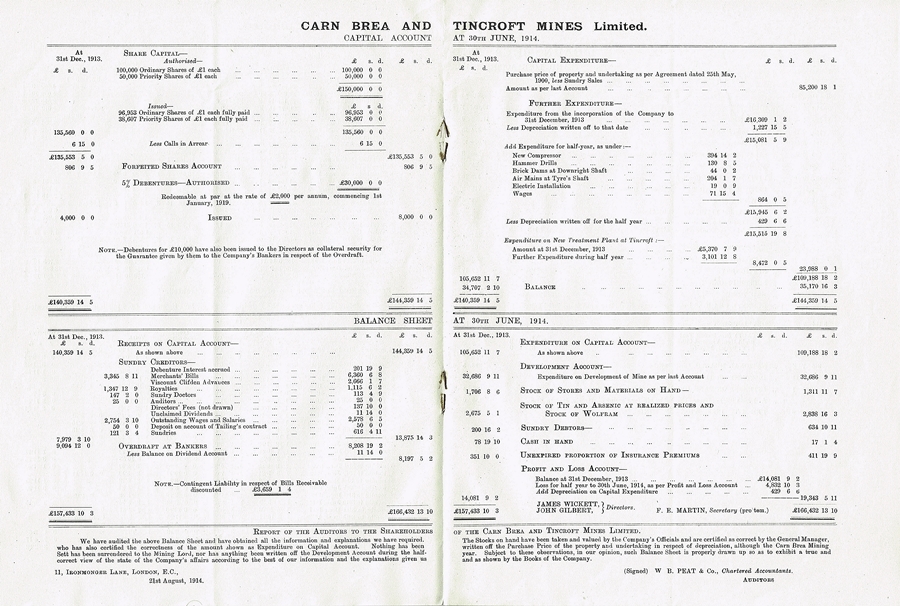 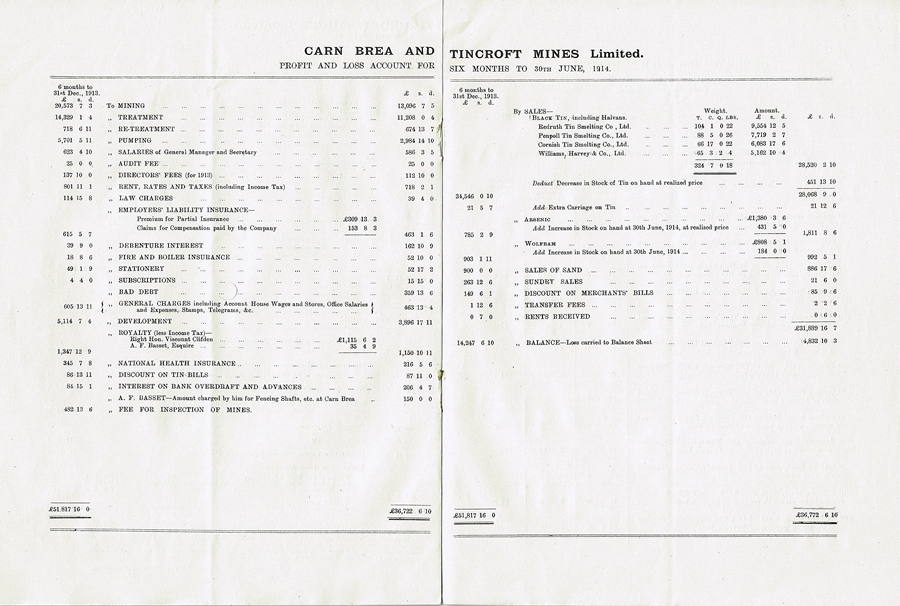 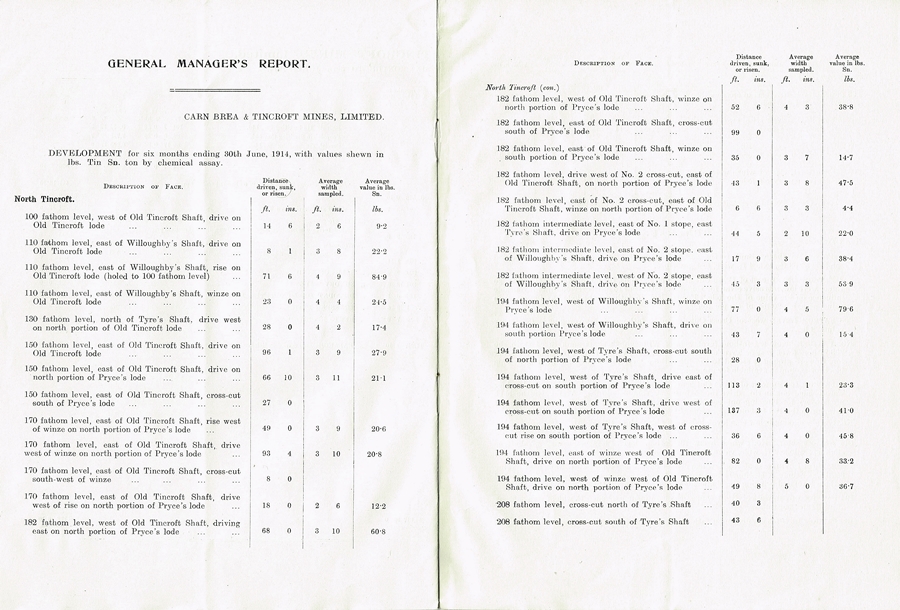 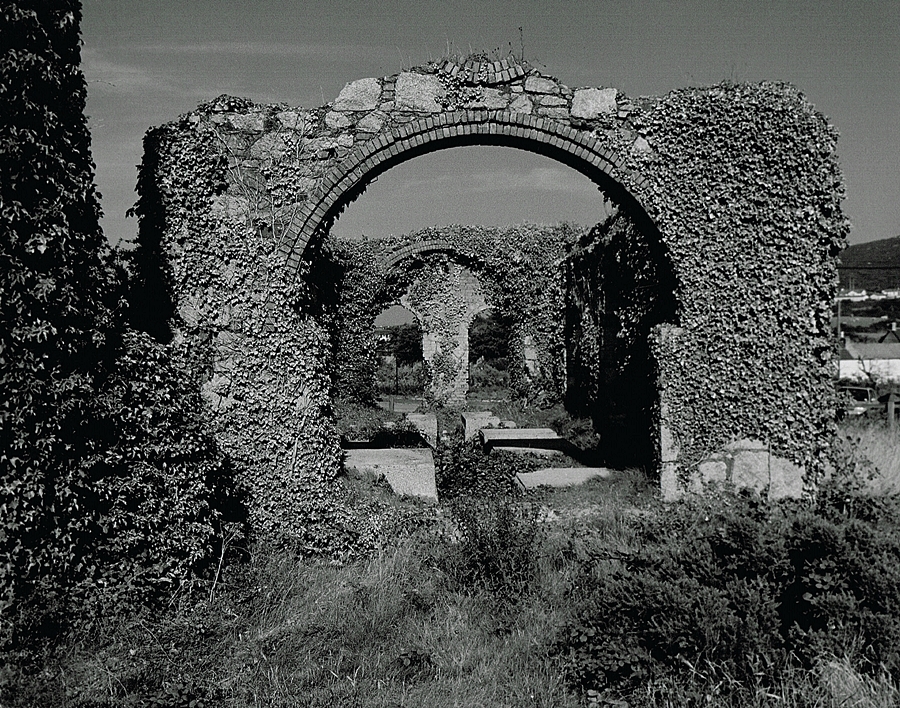 A final image of the South Tincroft Mine Compressor House.