Trewavas Mine is situated along the coast from Porthleven. The workings here went out under the sea following rich Copper deposits. The mine worked from 1835-1846 producing 17,500 tons of Copper and employing over 150 miners. The final depth was around 600ft which was accessed by a diagonal shaft slightly inland. The closer Engine House is on Old Engine Shaft, the distant house is on New Engine Shaft. These images were taken before the buildings were stabilised and made safe.
It has to be in my opinion one of the most dramatic mining sites in Cornwall. 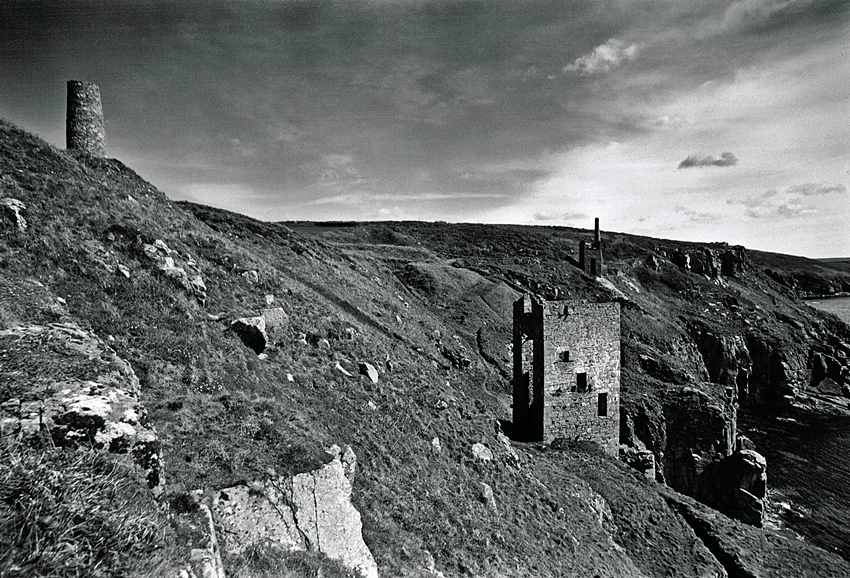 Trewavas Mine in its glory, this is the first view of the site when walking from Rinsey Head. 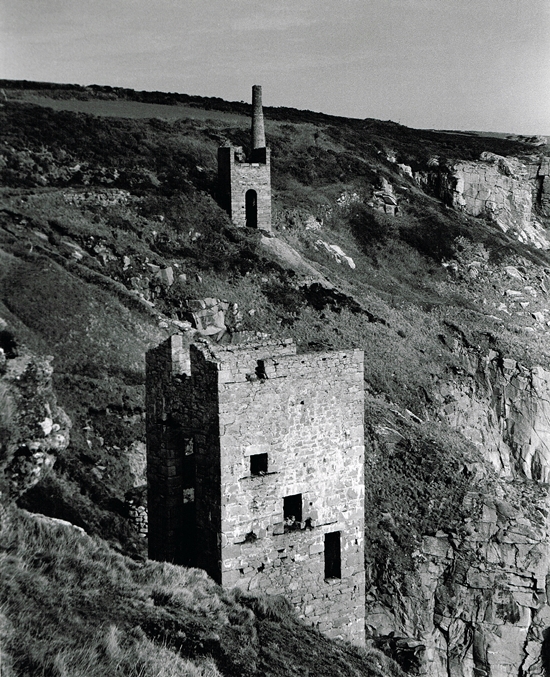 The Engine Houses here have recently been renovated (2015), theses images were taken around 1998. The two Engine Houses on a stormy day, in the foreground the flat area is the site of the capstan winch. 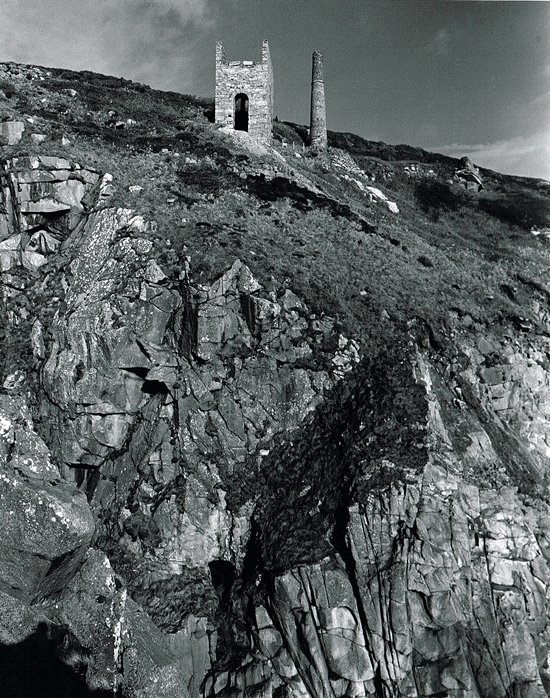 The 45 ” Pumping Engine House on “New Engine Shaft” in the cliff below can be seen the entrance to the choked adit. This area is extremely dangerous and care should be taken when visiting the site. 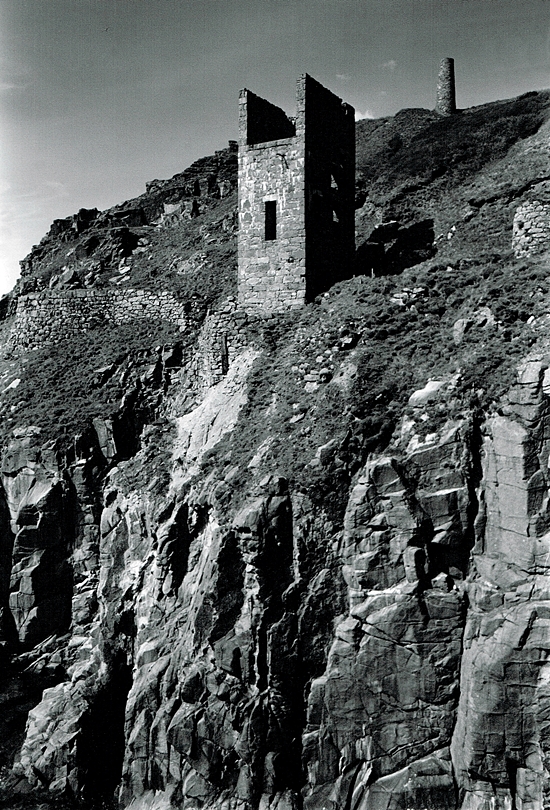 Infront of the Engine House there are two shafts, one vertical and one on the incline. There is a large Capstan Flat area here which the Royal Navy use for Helicopter landing practice. 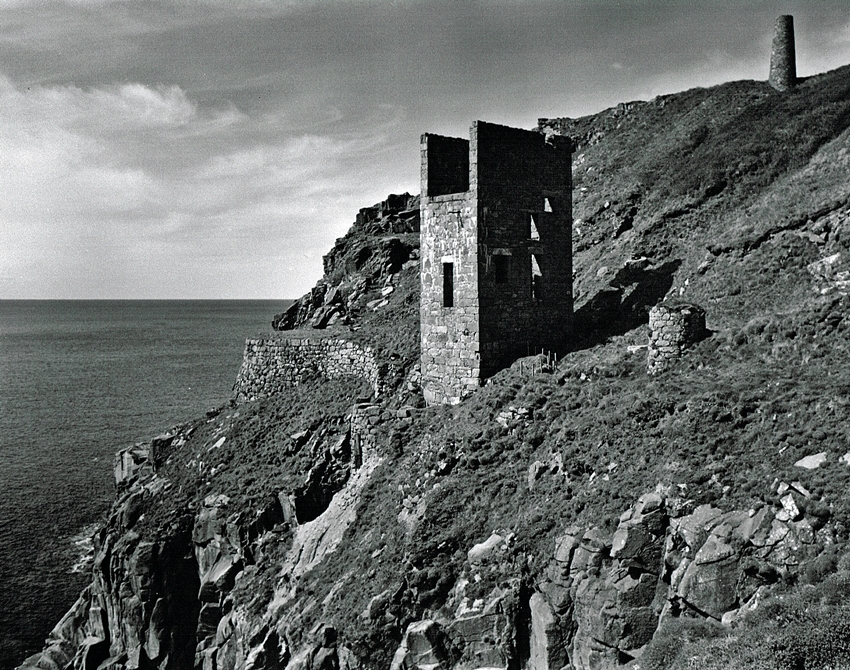 This is quite a view of the Engine House, showing just how precariously close to the edge of the cliff it has been built. 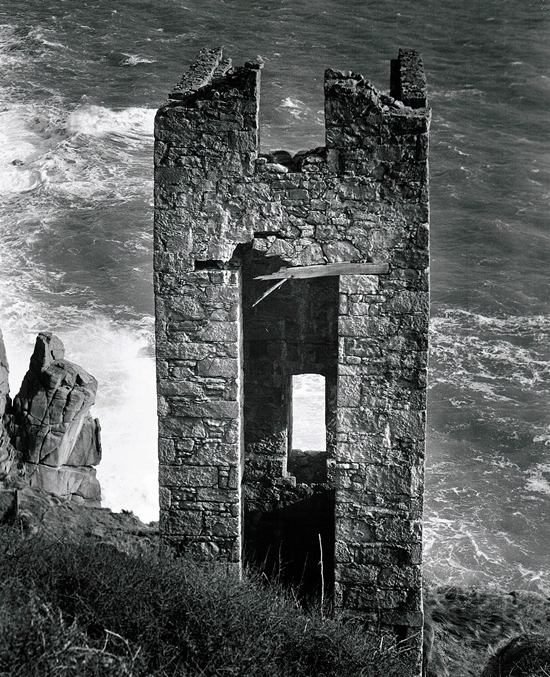 This image shows how badly the Engine Houses required stabilising, the wooden lintel was broken but still holding the stone above it. 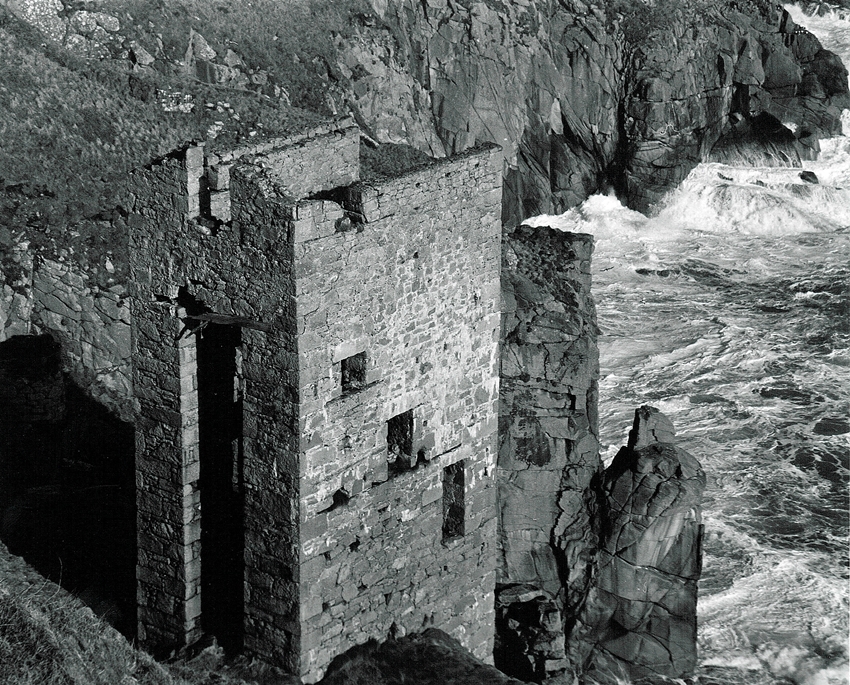 A side on view of the Engine House, it was  a stormy day with  busy seas. This house held a 70″ Pumping Engine. 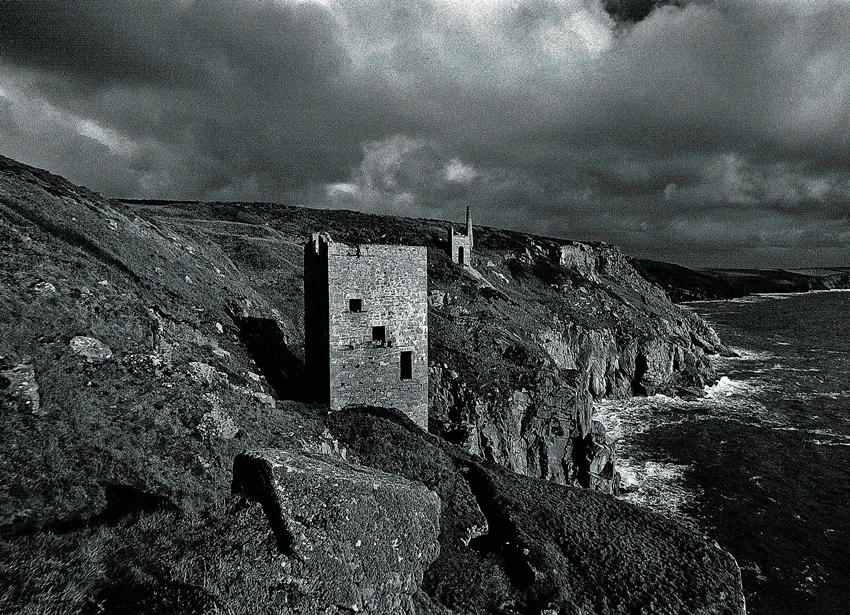 Both Engine Houses are perched right on the edge of the cliffs. 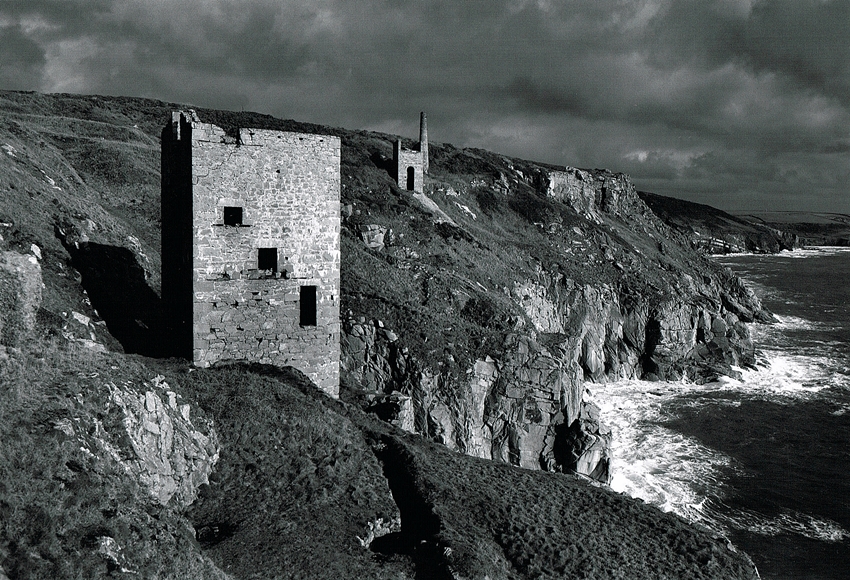 A panorama of both Engine Houses of Trewavas Mine, the capstan flat is in the foreground. A few seconds after this was taken the heavens opened. 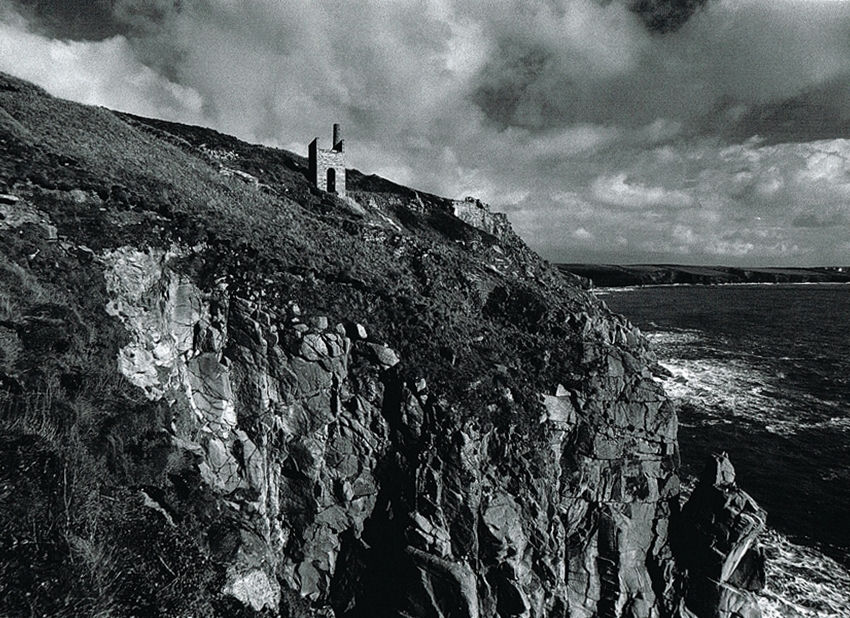 The setting for this mine is quite amazing. 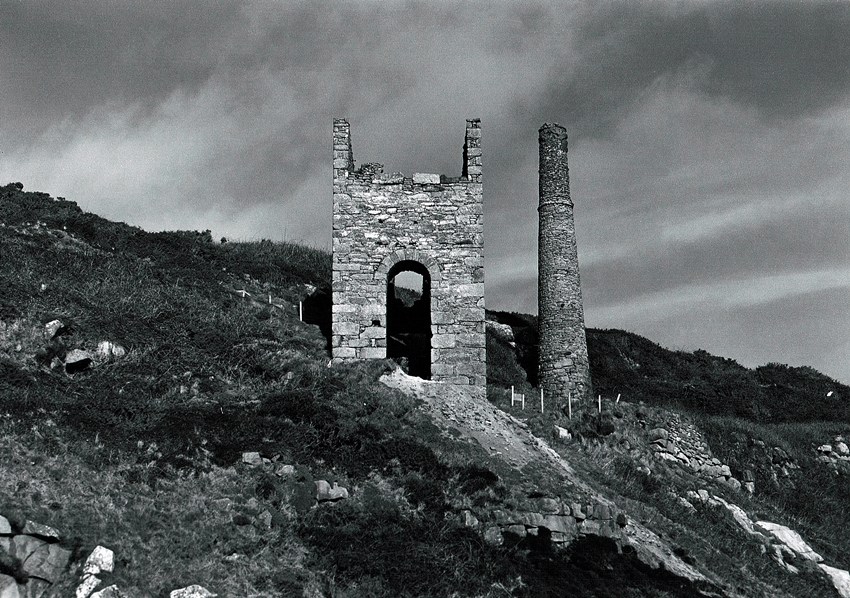 A front view of the 45″ Pumping Engine House and chimney. The shaft is open to adit level. 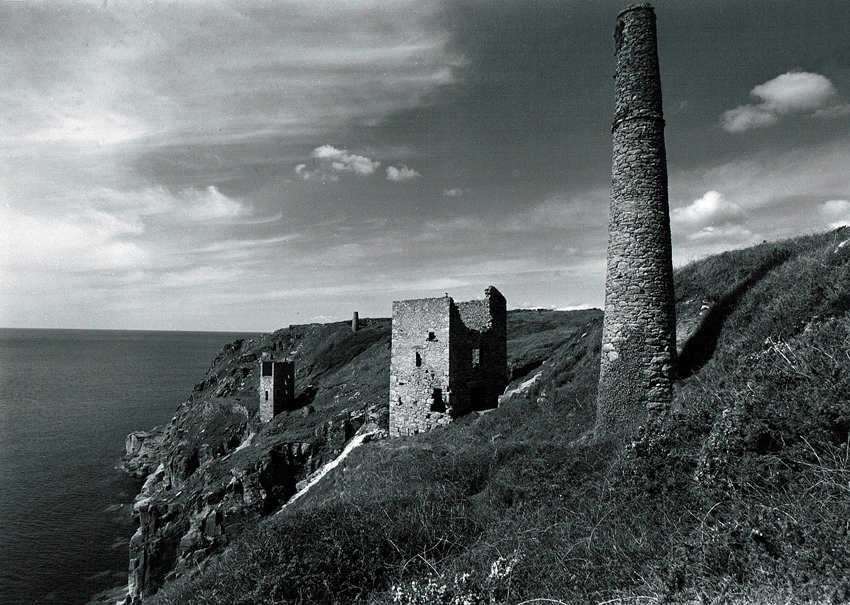 Looking back across the site of Trewavas Mine. From this angle the condition of the closer Engine House can be seen. Like its close neighbour it was in dire need of attention.