Hallenbeagle Mine is situated adjacent to the main railway line at Scorrier. It was worked from 1845-1846, overall it produced a total of 30,580 tons of Copper. One complete and one partial Engine House remain, in recent years the site has been cleared and entry roads put in, it is planned to be an industrial and business park. Access to the site used to be by a footpath, this is the first view of the Pumping Engine House on Reed’s Shaft. The area had been concreted over and building were erected in the mid 20th Century. 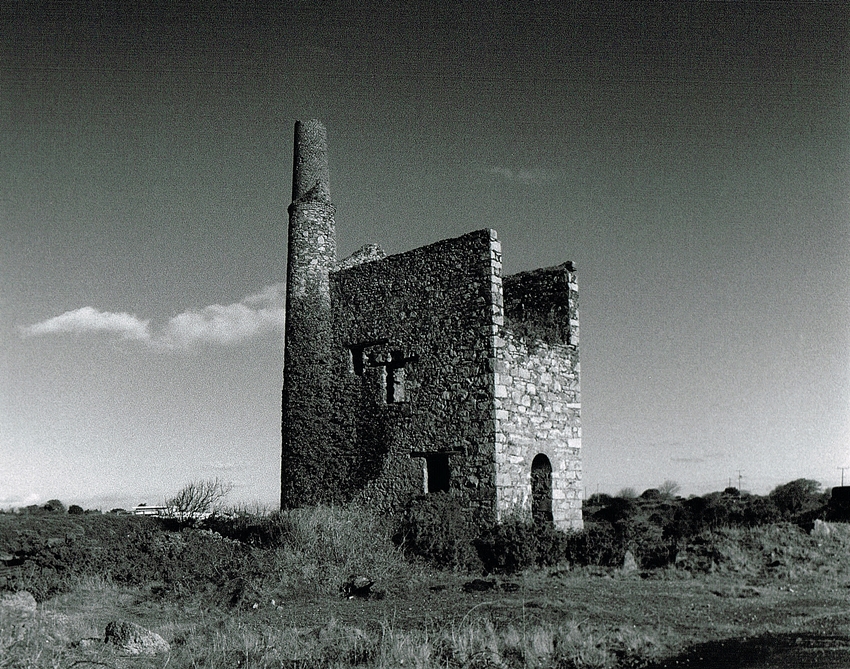 Reed’s Shaft Engine House, it was built in 1864 to house a 60″ Pumping Engine constructed by Harvey and Co. 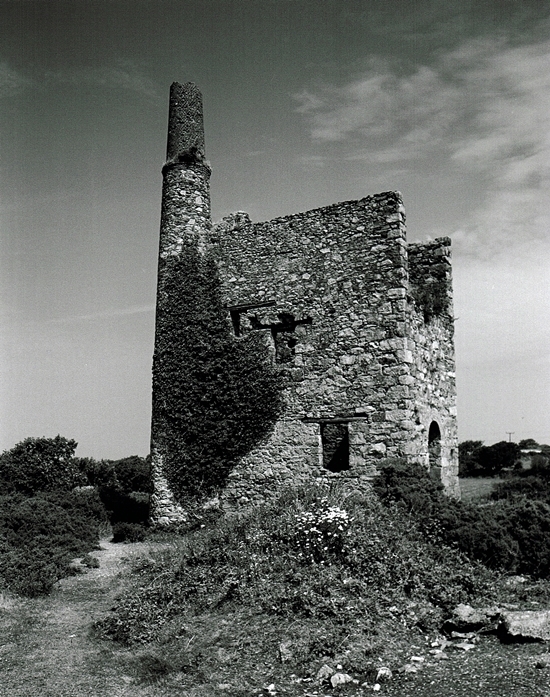 A closer image of Reed’s Shaft Engine House, the shaft here reached a depth of 36 fathoms below adit level. The mine was drained by the County Adit at a depth of 50 fathoms. 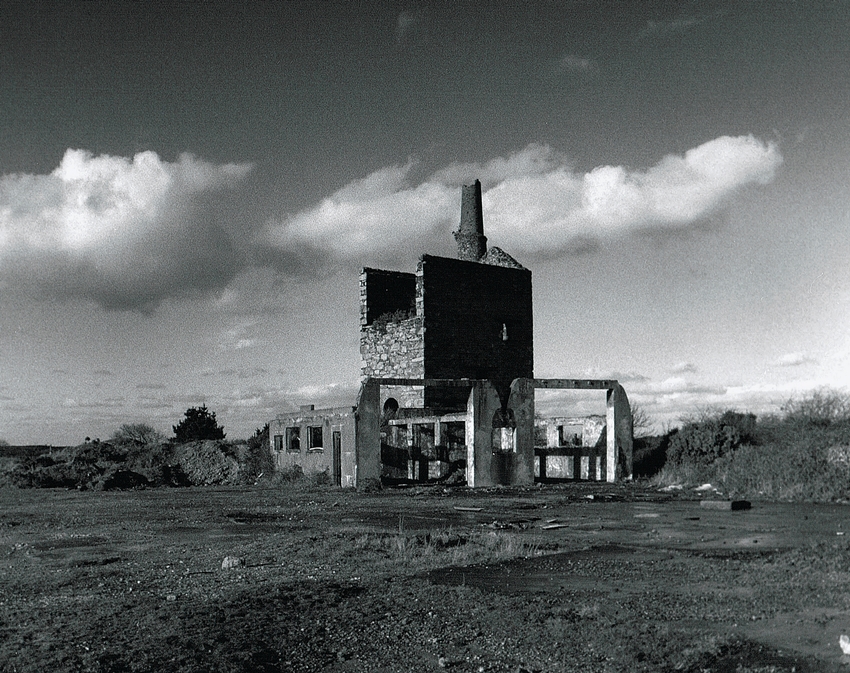 Reed’s Shaft of Hallenbeagle Mine from a distance, the buildings around the Engine House can be clearly seen, all now demolished. 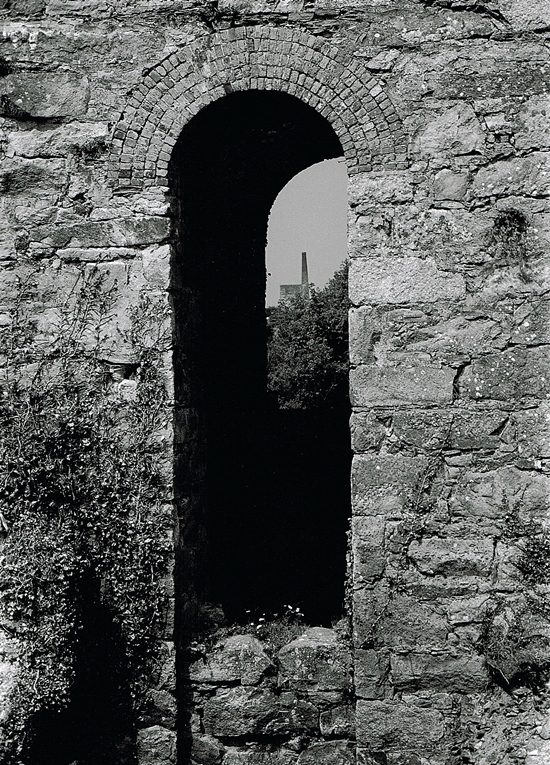 This image is looking through the arched doorway in the Bob Wall, in the background is the 80″ Engine House at Doctor’s Shaft of North Treskerby Mine. 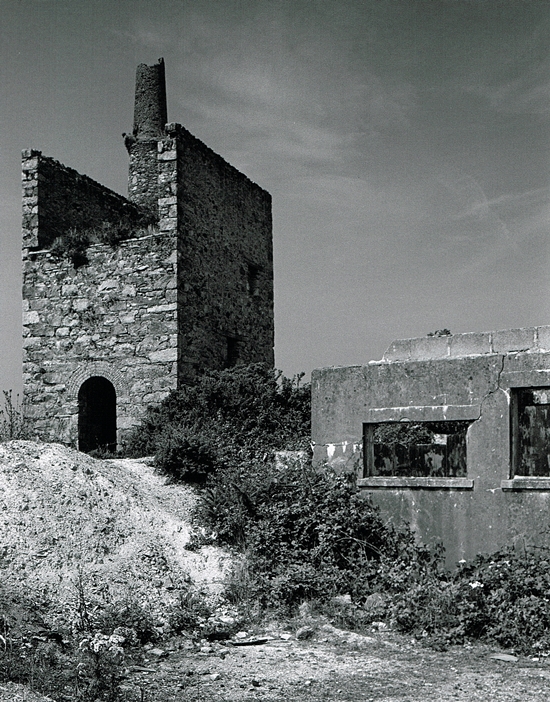 Piles of debris covered the site, the Engine House is well built but the stack had suffered over the years. 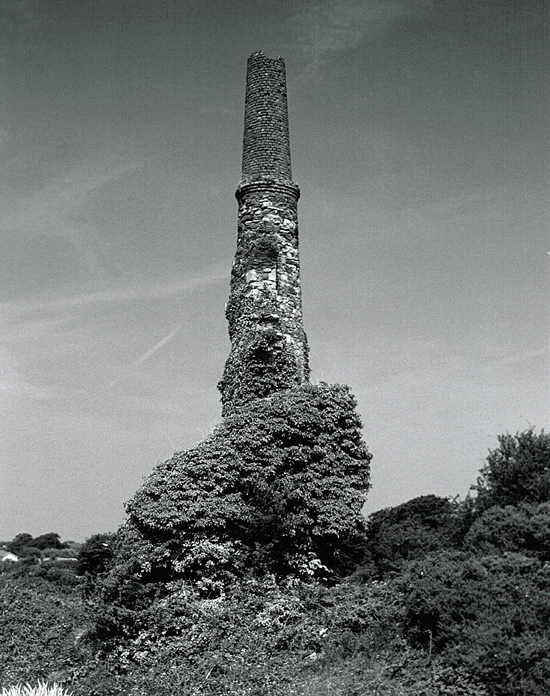 At right angles to the Pumping Engine House these are the scant remains of the Whim Engine House. 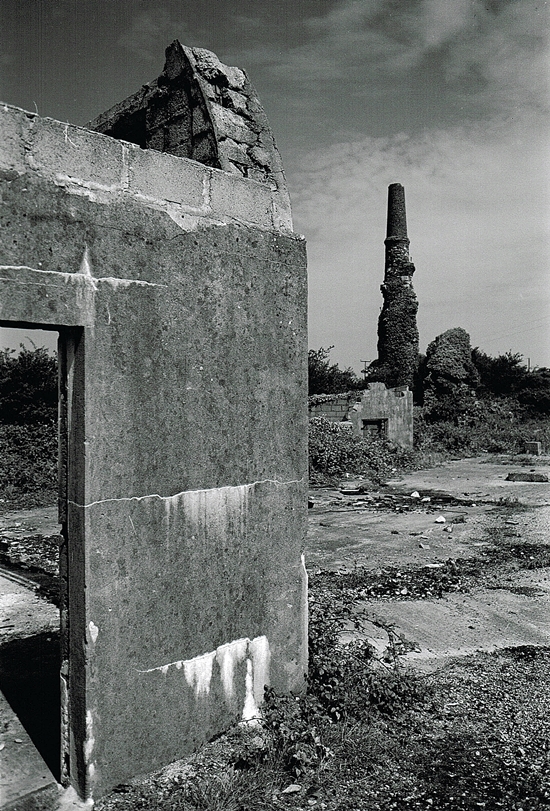 A small part of the Whim Engine House wall remain, the engine here was a 22″.

Part of the more modern building on the site, the chimney of the Whim Engine House still stand tall, they have been recently consolidated and preserved. 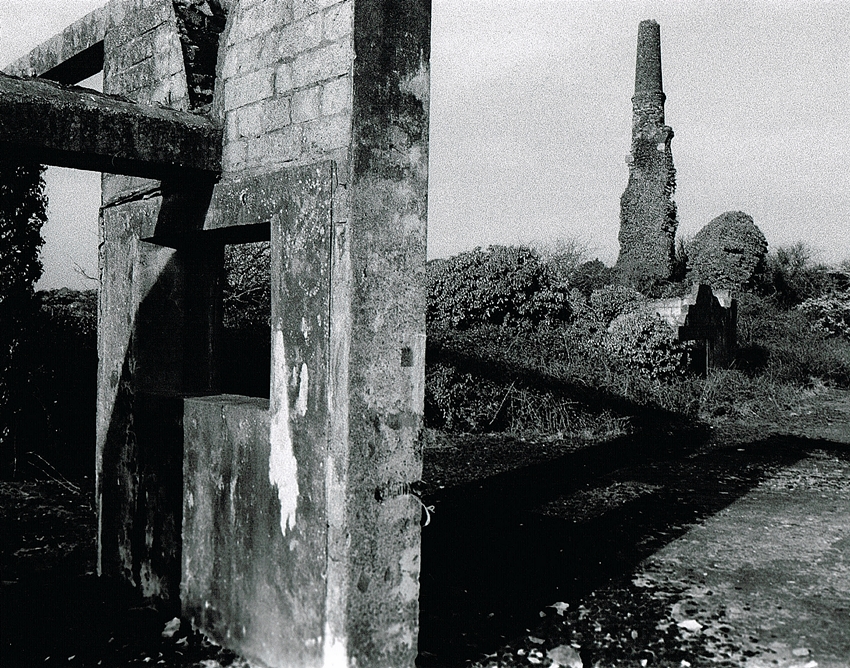 The Whim chimney, the remaining wall of the house is covered in ivy. 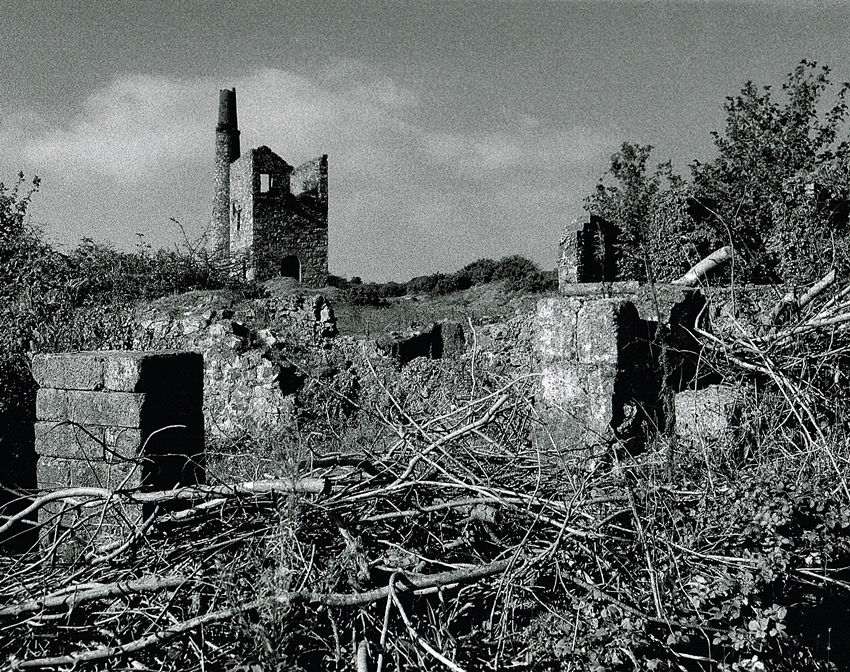 A distant view of Reed’s Shaft at Hallenbeagle Mine, the buildings in the foreground are of unknown use. 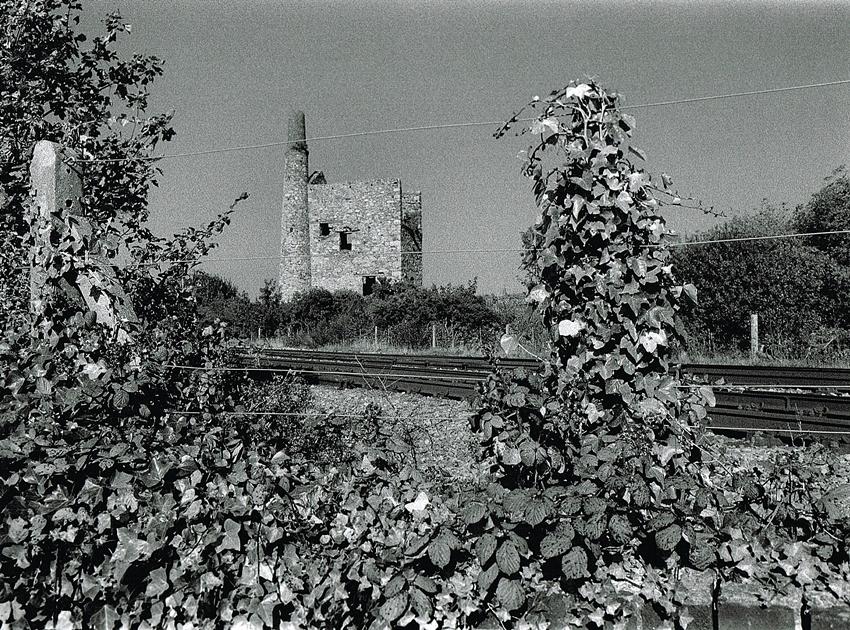 Reed’s Shaft 60″Engine House from the other side of the railway line. 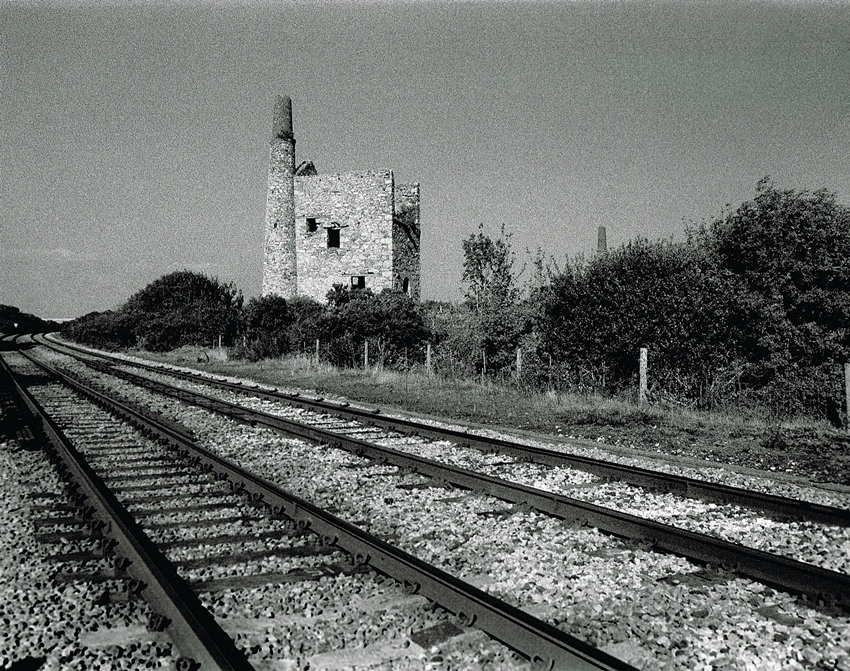 The final image of Hallenbeagle Mine, one of my favorites, all it needed was a steam train puffing past.