Giew Mine, this is the 50″ Pumping Engine House at Frank’s Shaft. It is a prominent landmark on Trink Hill near Cripplesease on the B3311 road to Penzance.

The Engine House which was erected in 1871 when the mine was reworked under the name of South Providence Mine between 1870 and 1878. In 1907 the mine was re-opened as part of “St Ives Consolidated Mines” along with other local mines such as: St Ives Consols, Wheal Trenwith, Georgia Mine and Rosewall Hill.

New plant and machinery were installed and the Engine House was converted to an ore bin. Consequently the outbreak of war in 1914 sucked away much of the workforce and the company was liquidated in 1915. The Giew Mine section however remained working up to 1923 and for a short time was the only working mine in Cornwall. Attempted re-openings were considered in 1927 and 1965 but never got off the ground.

Giew Mine is considered to be a good prospect with large blocks of unworked land.
The shaft here is 1464ft deep, sinking began in the early 1860’s, it was narrow and crooked and was costly to maintain.

All these images were taken in the mid 1990’s for one of Bob Acton’s Exploring Cornish Mines Series of books. 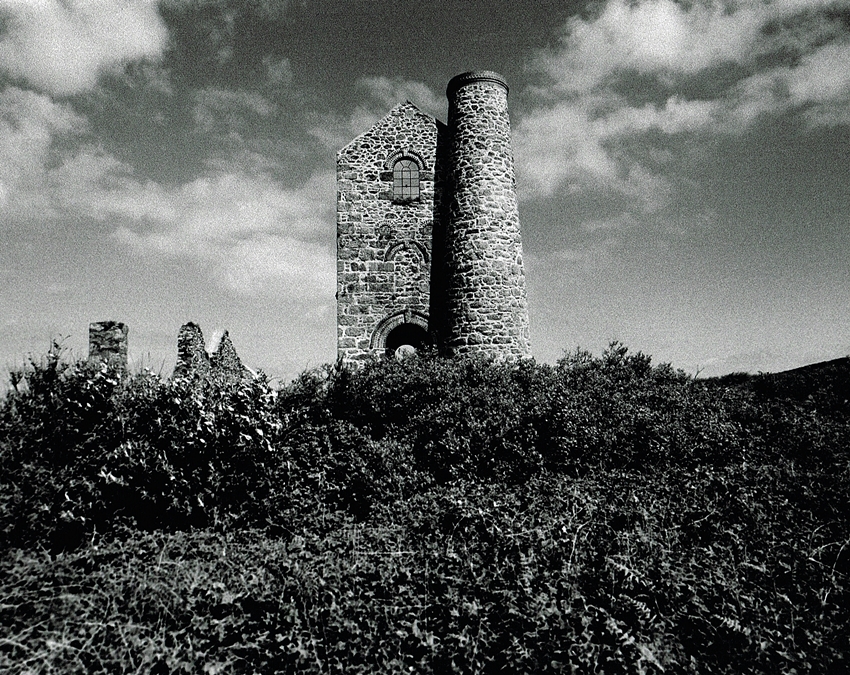 The Engine House from the front, the Boiler House was on the left of the image. 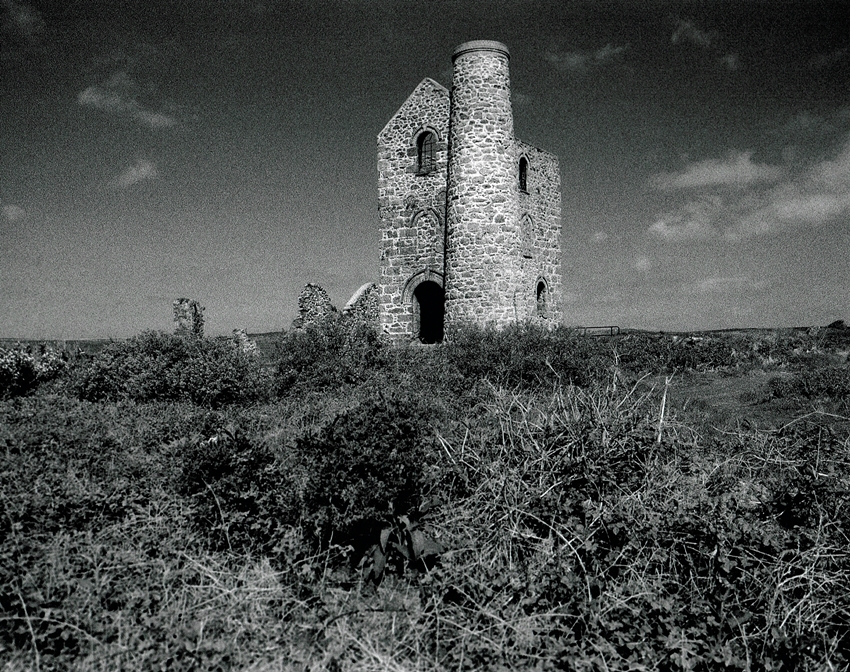 Another image, moving round slightly, the Engine House received remedial work in 1995 when the building was stabilised and repointed. The shaft was securely concreted over. This image is taken from the boiler house side showing the well preserved walls of the building, it contained two Cornish Boilers. 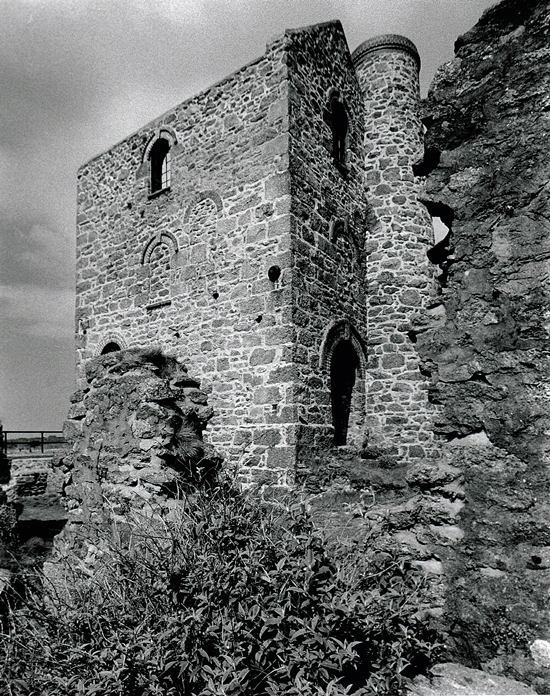 A much closer image of the Engine House, the top windows still hold their frames, however the windows below were bricked up in the early 20th Century when the building was converted into an ore bin in the last reworking of Giew Mine. 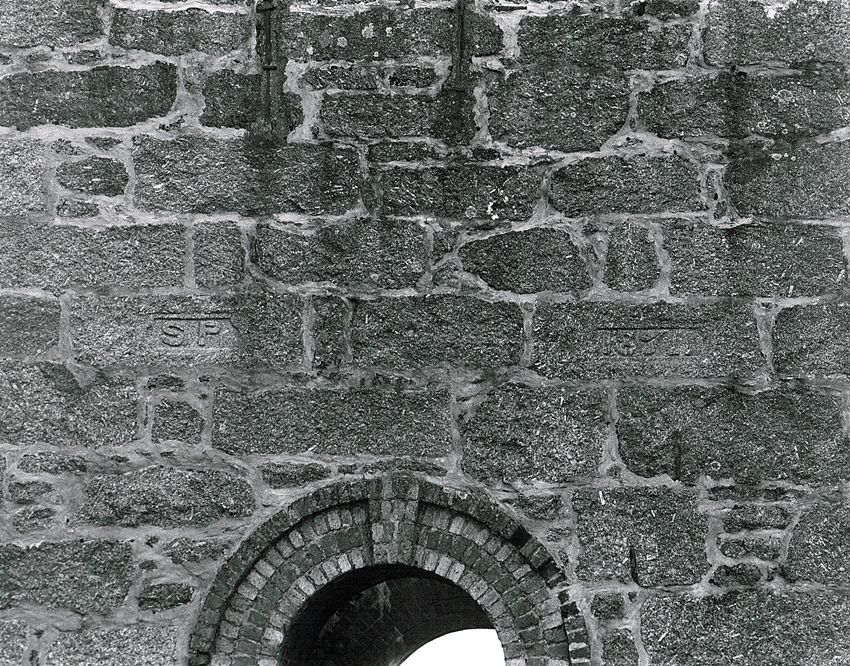 The Bob Wall of the Engine House, above the fine arched doorway can be seen two stones. SP and 1871, this refers to the time the mine was worked as part of South Providence. 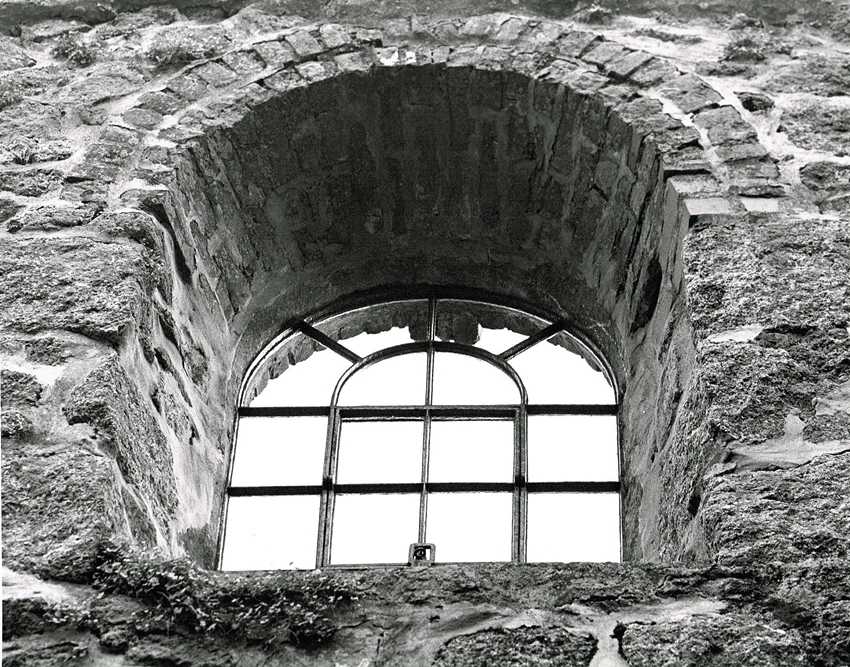 One of the remaining very well preserved window frame in the Engine House. 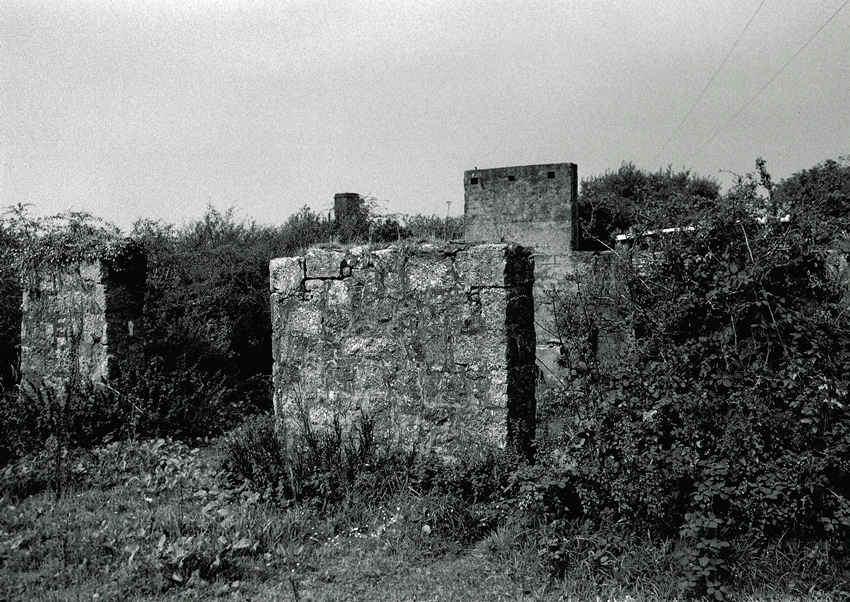 These are the remains of some the processing plant at Giew Mine, these are on private land. 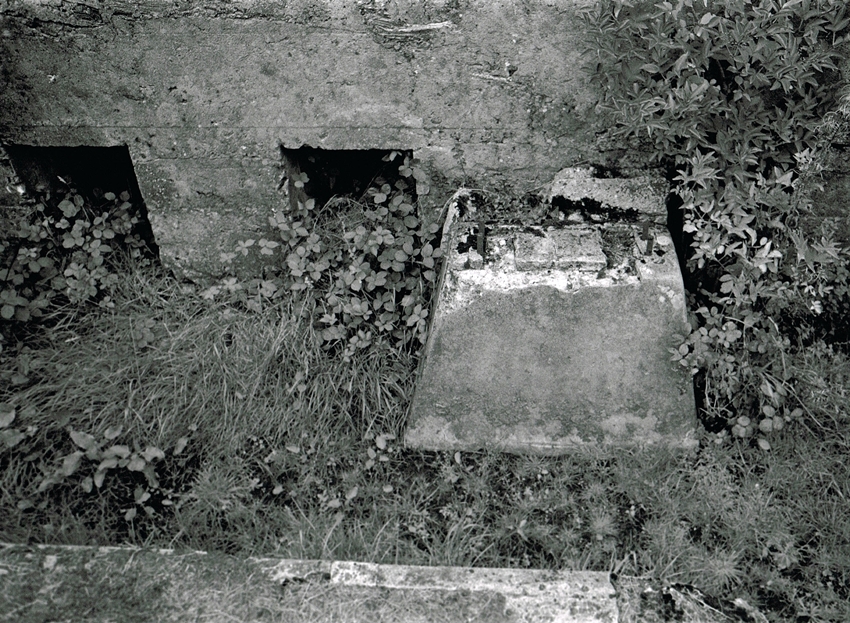 Surviving foundations also survive for the Californian Stamps used to crush the ore. 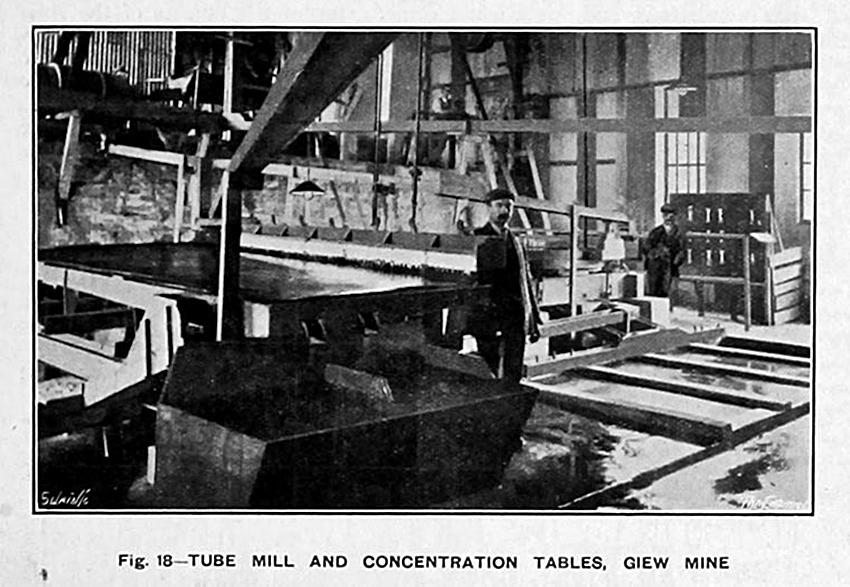 Taken in 1912 this shows the interior of the processing plant at Giew Mine.
Image sourced from Grace’s Guide to British Industrial History. 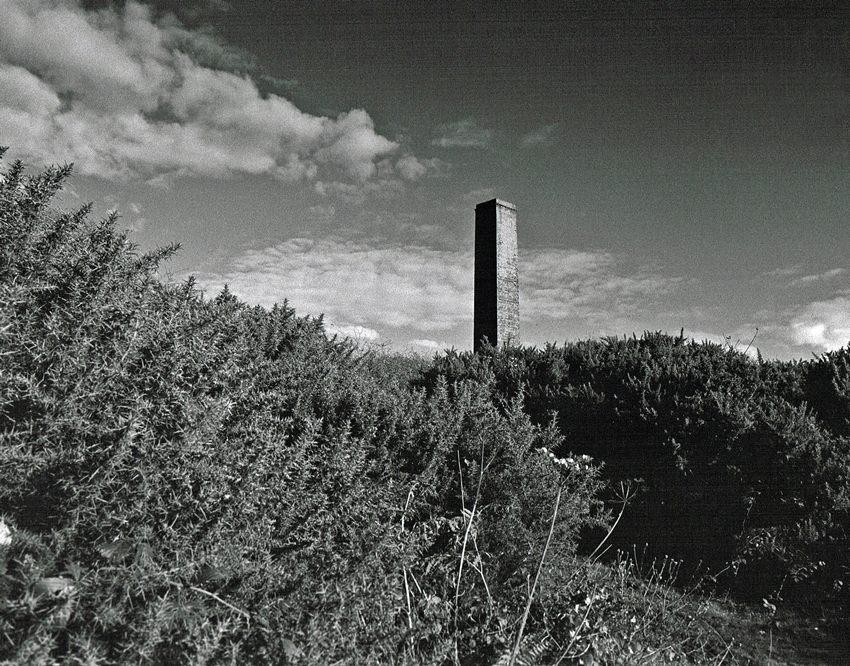 The remains of the distinctive square Calciner Chimney dating from the last working of Giew Mine. 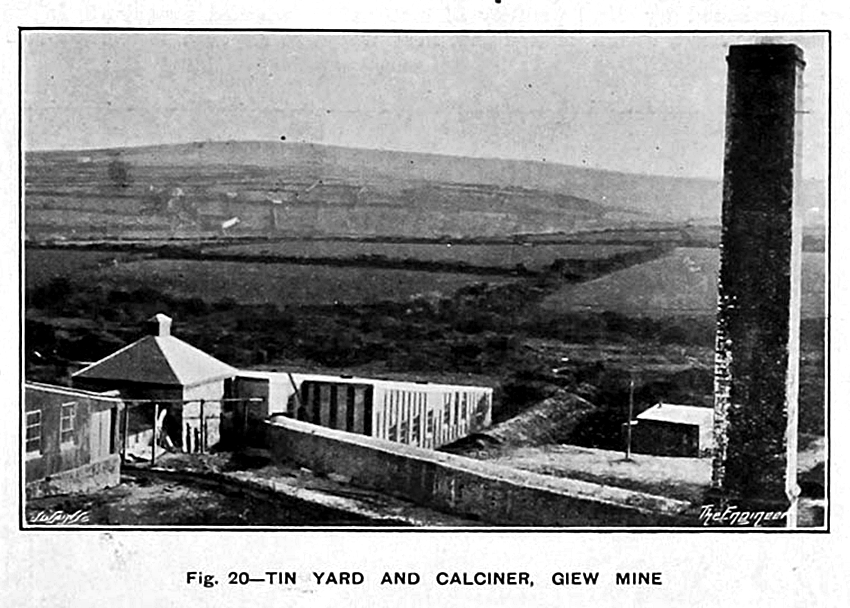 This image taken in 1912 shows the Giew Mine Calciner Chimney, the Brunton Calciner is on the left of the image.
Image sourced from Grace’s Guide to British Industrial History.