King Edward Mine Museum is located near Troon. It is a mining museum focusing on Tin Processing and preservation of the machinery and Grade 2 listed buildings onsite. Most importantly the museum contains the only 5-head Californian stamps in Europe. During opening times there are daily working displays of the equipment on the processing floors which has changed little over the last 100 years. The small headframe on Vivian’s Shaft Great Condurrow Mine. 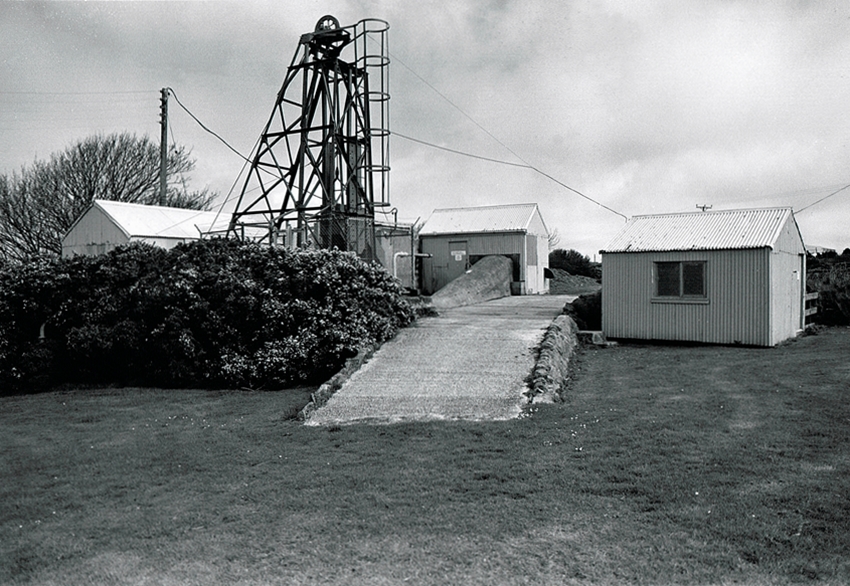 The cluster of buildings around Vivian’s Shaft, this still allows access to the workings.

The mine is located on the sett of South Condurrow which worked during the years 1850-1896, producing over 11,000 tons of Tin. After closure, the Mine and surface buildings were presented to the Camborne School of Mines as a training area. They were subsequently renamed as King Edward Mine in honour of Edward VII. 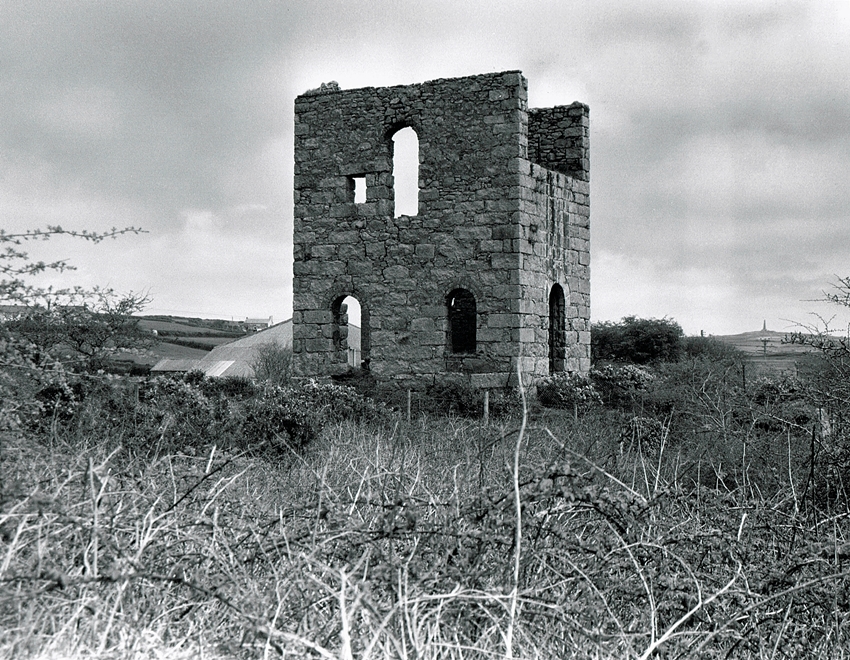 The Stamps Engine House of South Condurrow Mine, this drove a battery of 64 heads of stamps, it worked until 1909.

The School of Mines took over the abandoned eastern part of South Condurrow in 1897. The mine was then re-equipped to reflect the best of Cornish Mining technology at the time. This included re-opening two shafts and the underground workings down to 400 feet from surface. On the surface was the erection of many new buildings including: the mill, survey office and workshops.  All of the buildings have survived and are an integral part of King Edward Mine. The front of the Stamps Engine house, the loadings for the stamps can be clearly seen.

The onset of World War 1 halted mining operations, after the war the mine worked until 1921 when neighbouring mines closed and the workings began to flood. The school retained the site until 2005 when Cornwall Council and the Carn Brea Mining Society purchased the property. This and the next few images show some of the old mining machinery on the site, shapes and textures everywhere, a photographers paradise. This is part of the Rostowrack rotary beam engine dated 1851. 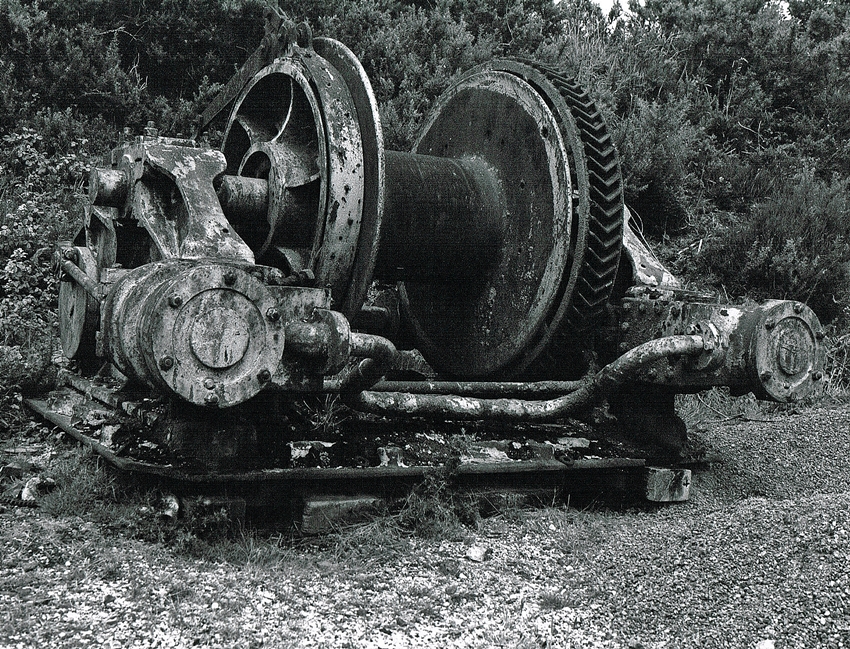 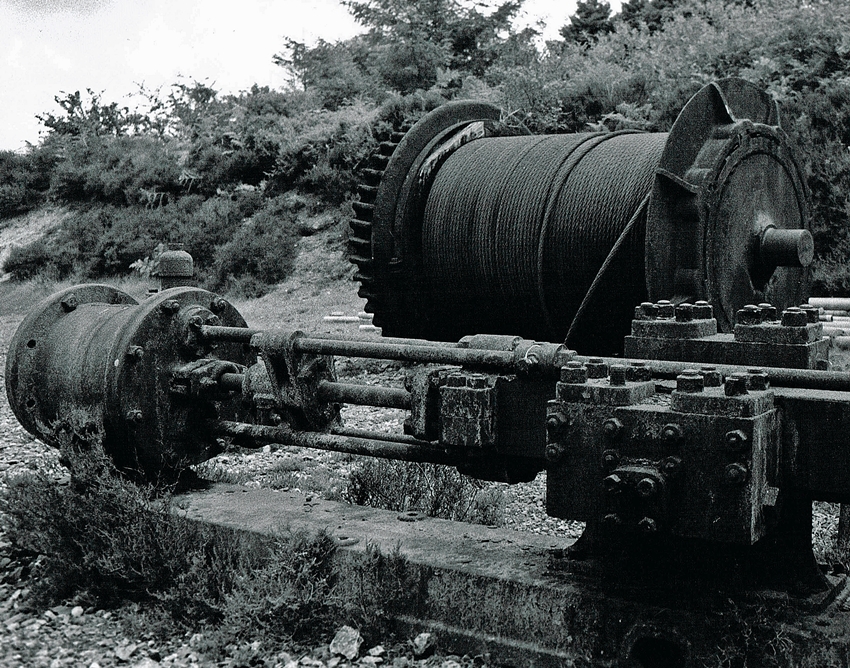 An image of the drum from the capstan hoist from Cook’s Shaft South Crofty Mine. There is part of an Evans sinking pump is in the foreground. 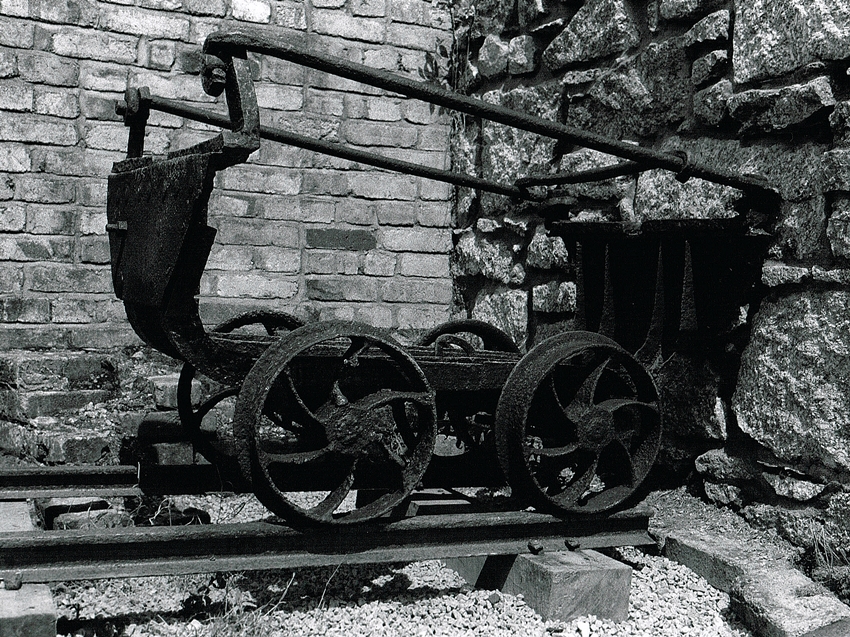 An old mining wagon on display. Parts of a Sulzer diesel engine before re-assembly. 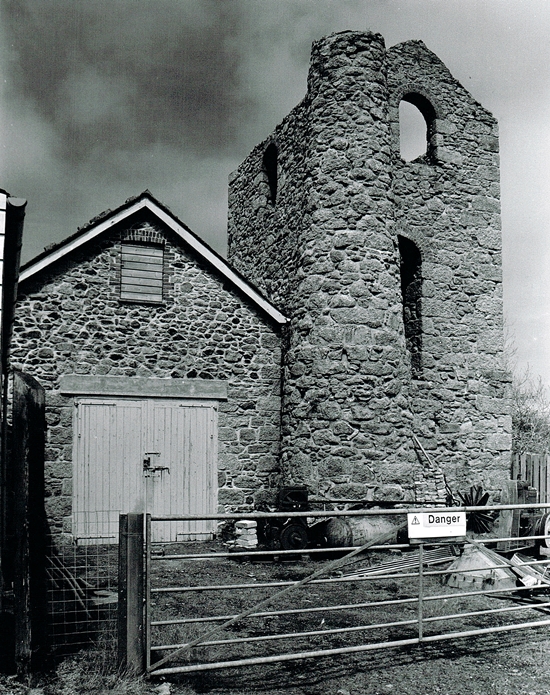 The conserved Whim Engine and Boiler House, this housed a 25″ engine. 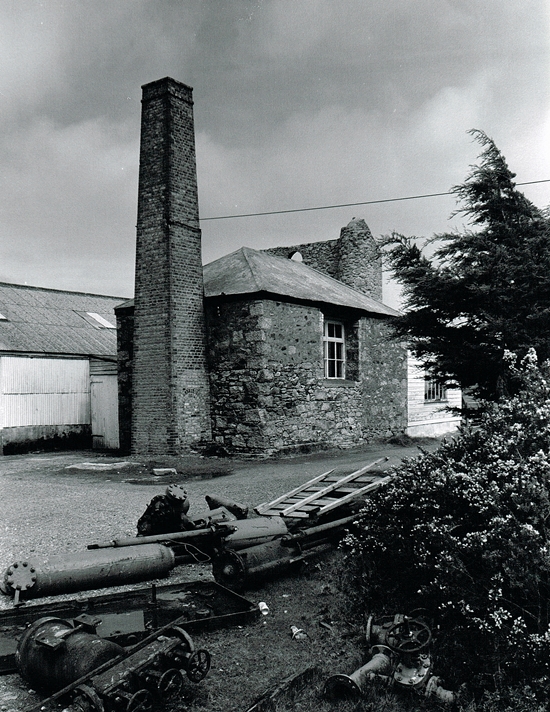 The Calciner building at King Edward Mine. Some of the preserved listed buildings at King Edward Mine. 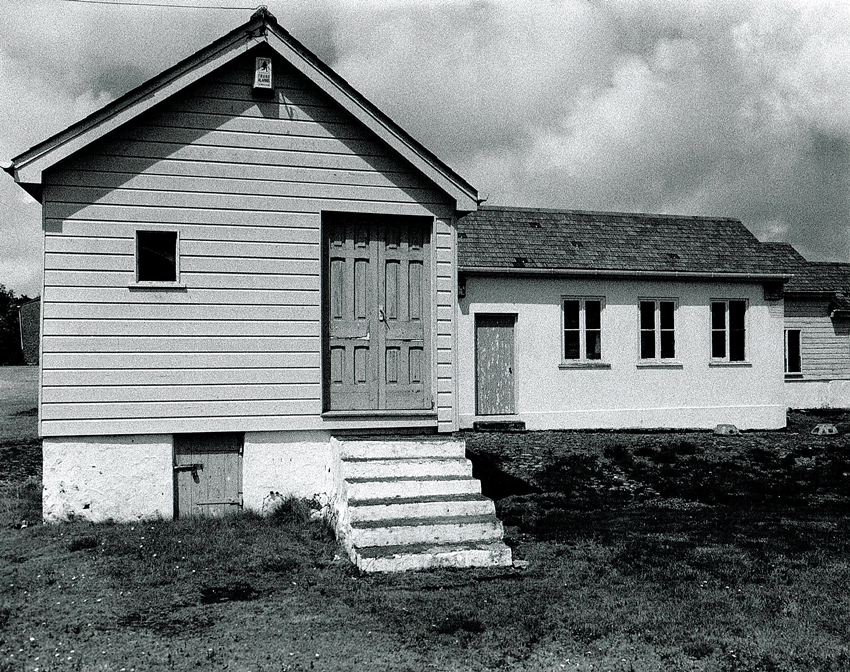 This is part of the workshop complex, the buildings date from around 1902. Teaching and practical lesson rooms, these constructions were typical of early C20th Mine sites. 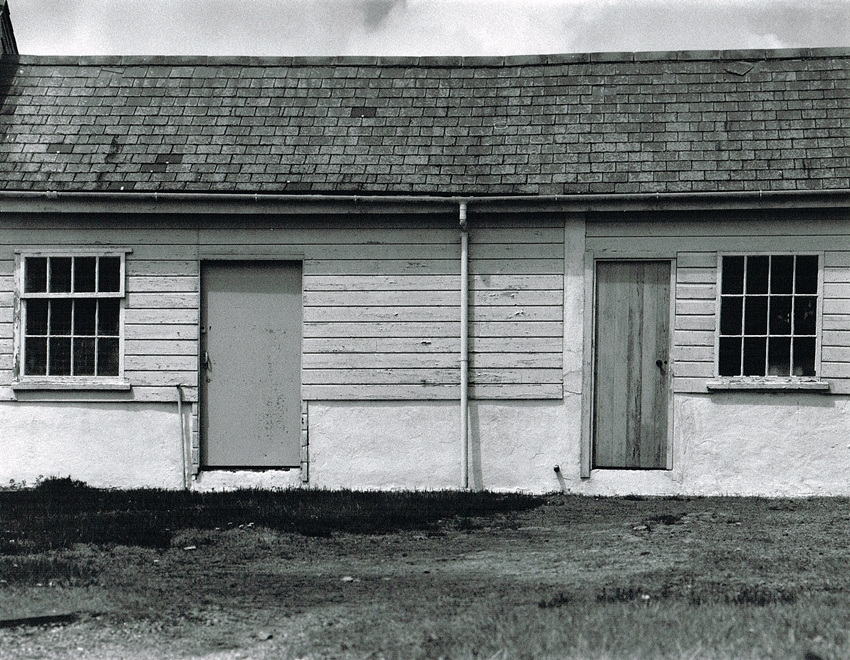 Simple symmetry patterns and textures were the order of the day. 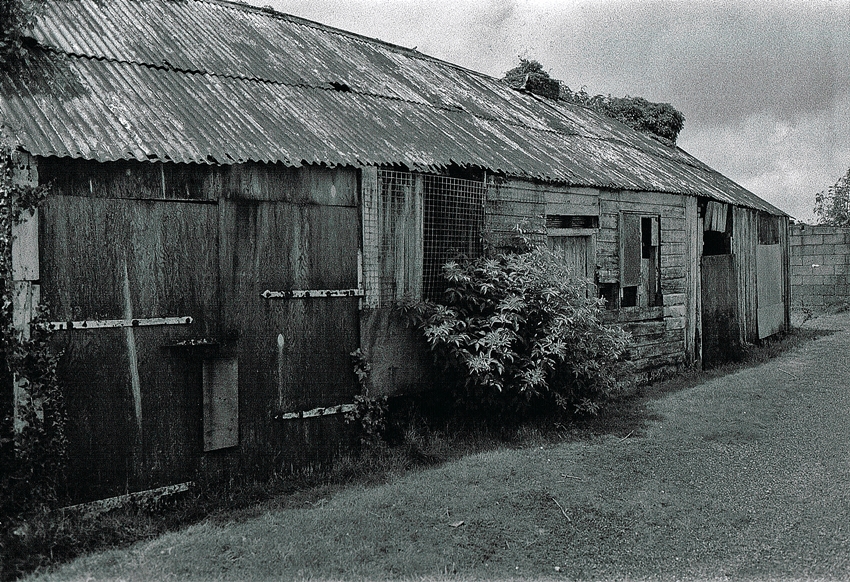 The weighbridge, assay office and brass casting shop, these were built in around 1870.

The remaining images on the page are taken in the main museum. It maybe just me but I prefer looking at the buildings and machinery around the site. However the museum is well worth a walk around. 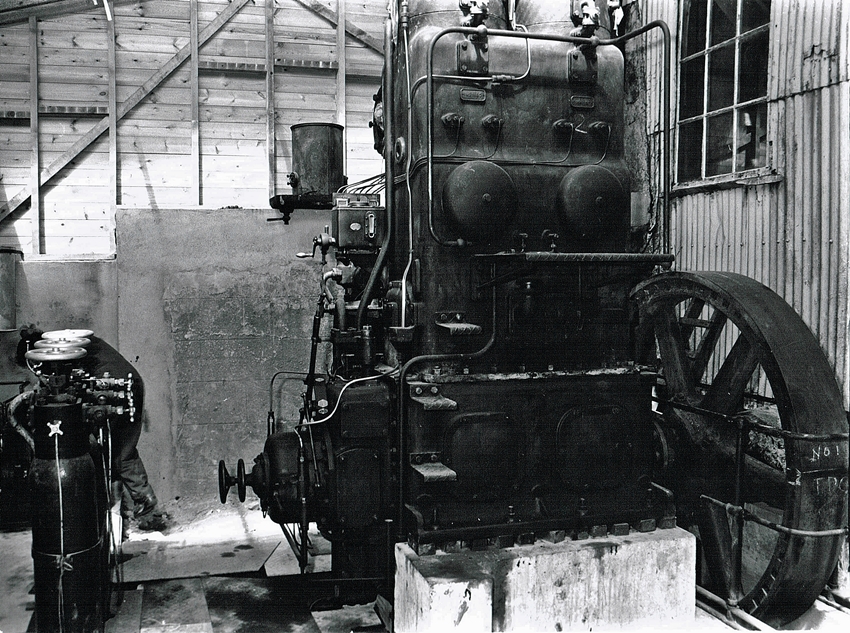 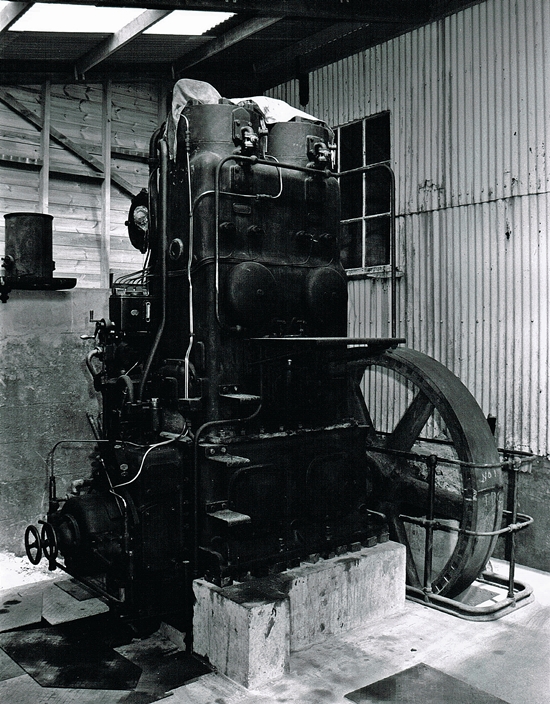 A second image of the Sulzer diesel engine. A buddle which was used to separate the the heavy ore material from the lighter waste. 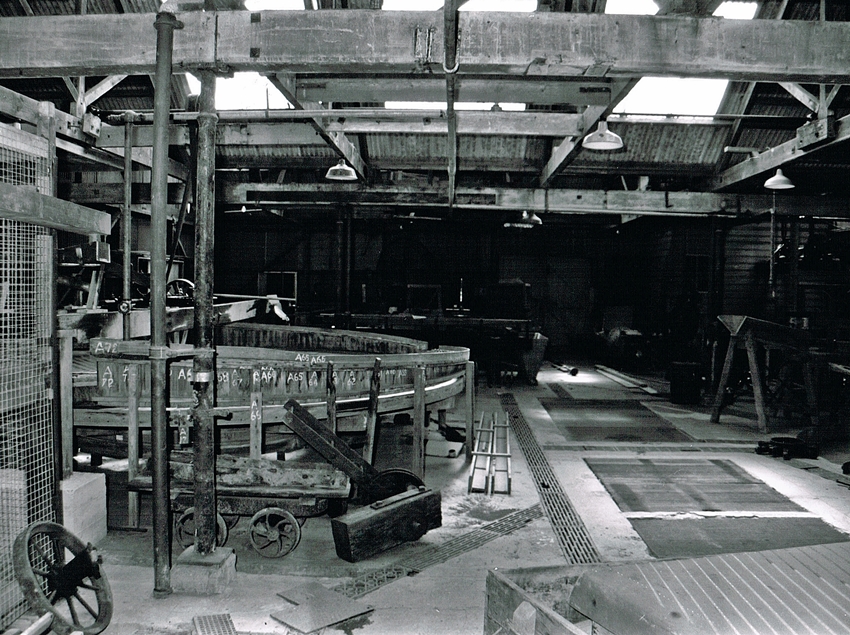 Looking into the mill area, these are the processing floors. One of the Round Frames in the Museum mill, this was used to recover fine particles of Tin. 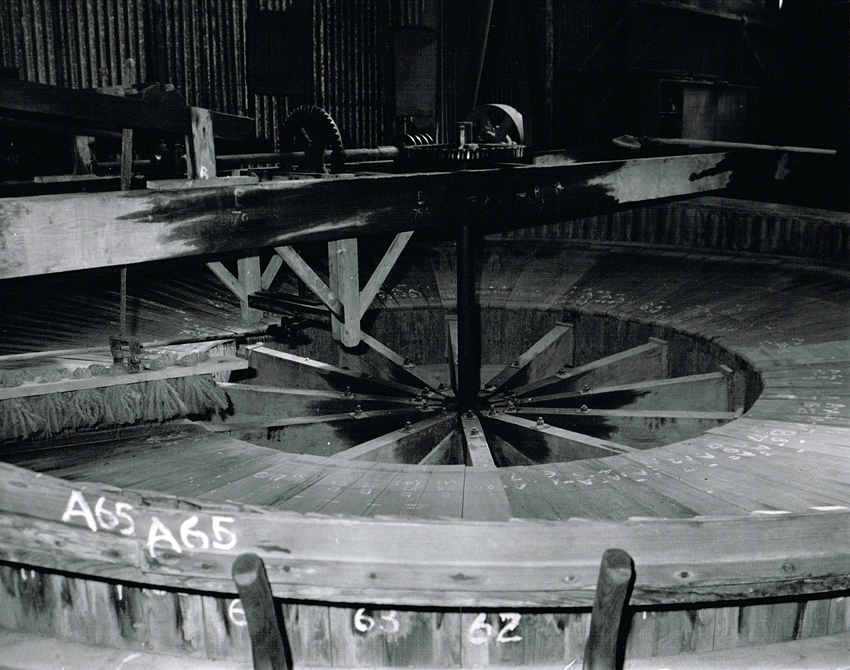 A second closer look at the Round Frame showing the drive mechanism. 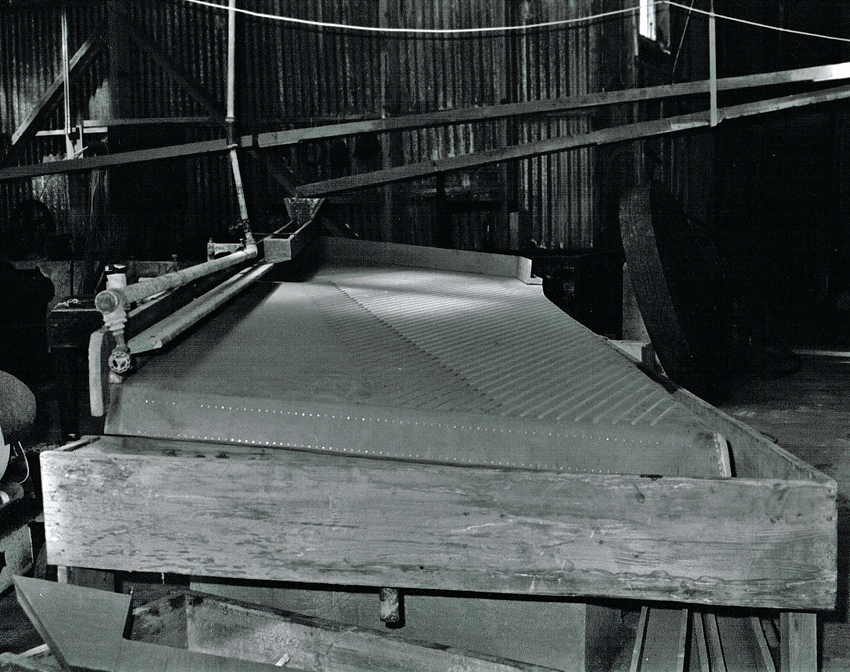 One of the shaking tables in the King Edward Mine Museum. 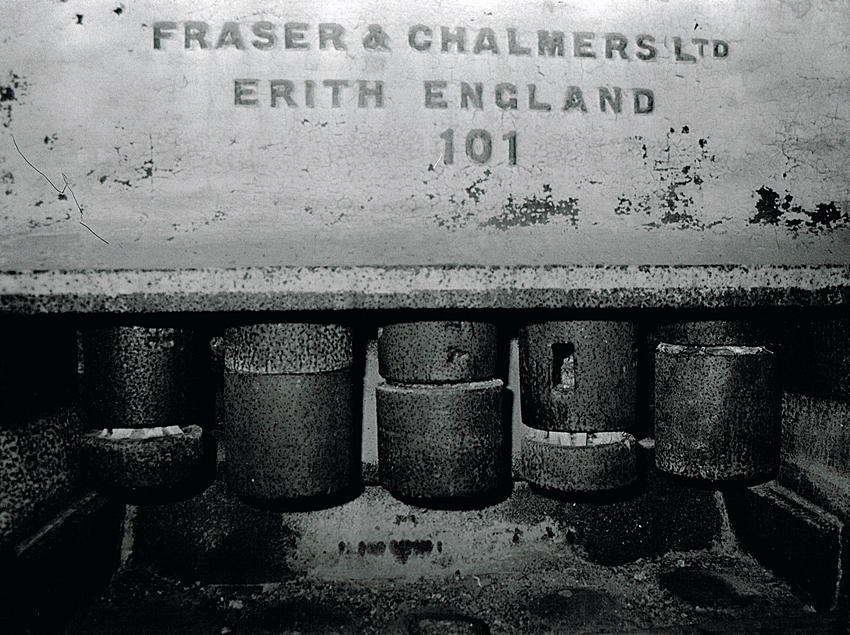 The business end of the preserved Californian Stamps in the museum which when working would crush the ore to a fine powder for processing. 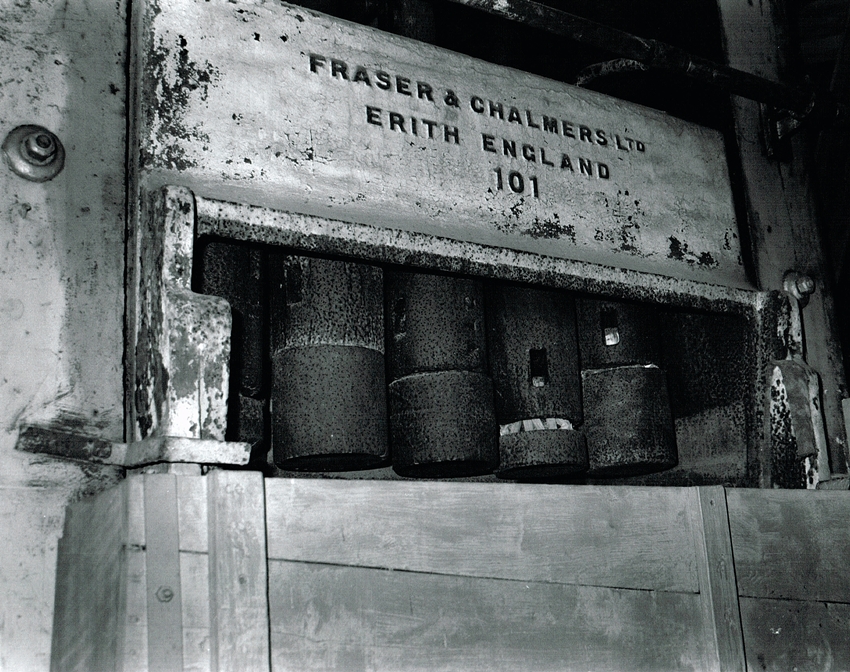 Another image of the stamps heads. 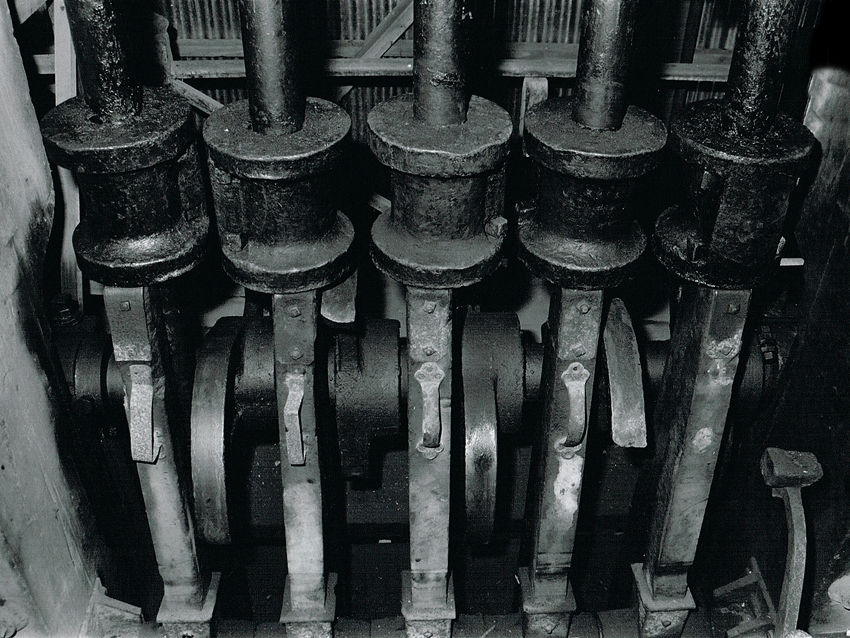 Each arm has a Stamp Head attached to the end, the cams between would force the arm upwards. After that they would slip off and gravity would drop the head downwards. Looking down on the Stamp Arms. 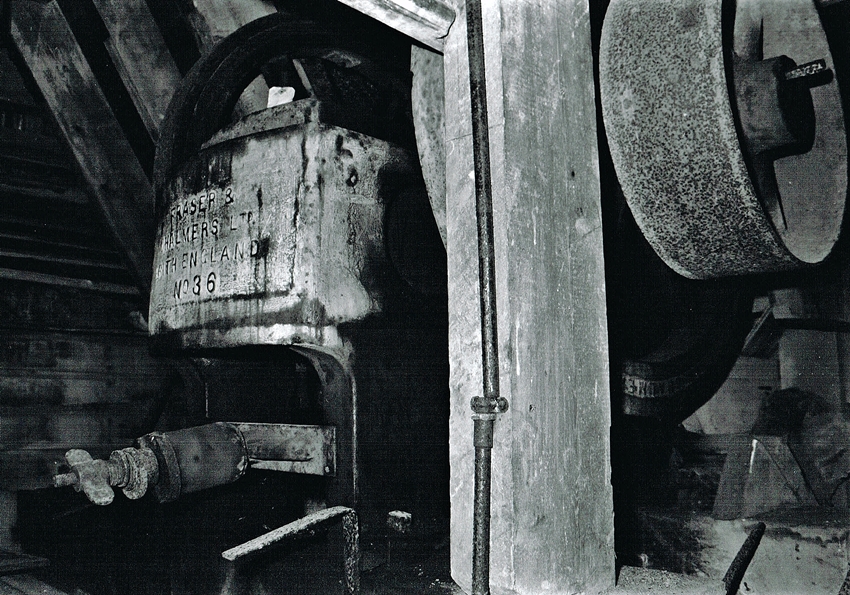 Part of the drive mechanism for the Californian Stamps 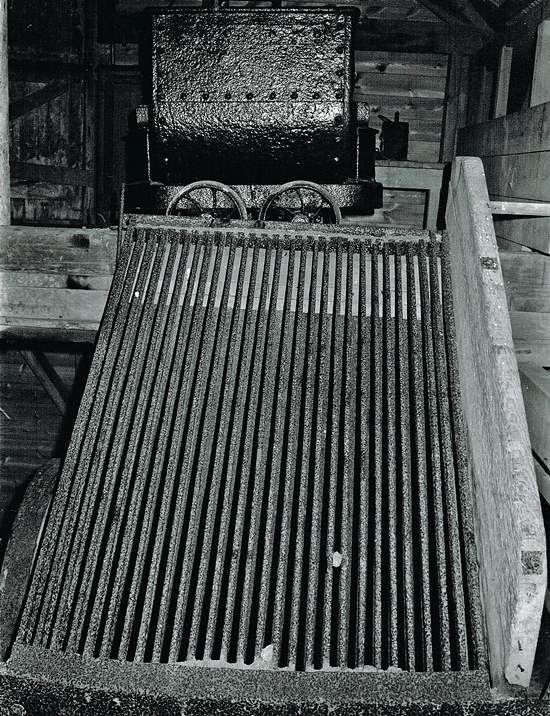 Finally inside the museum above the stamps is an old wagon poised over a Grizzly. This was in place to prevent large rocks from entering the stamps, they would be broken up further by a miner using a sledgehammer.

I really like this museum, it’s fantastic for photographs and a good day out for anyone. Once again my thanks go to Tony Brooks for the information on the images King Edward Mine Museum.